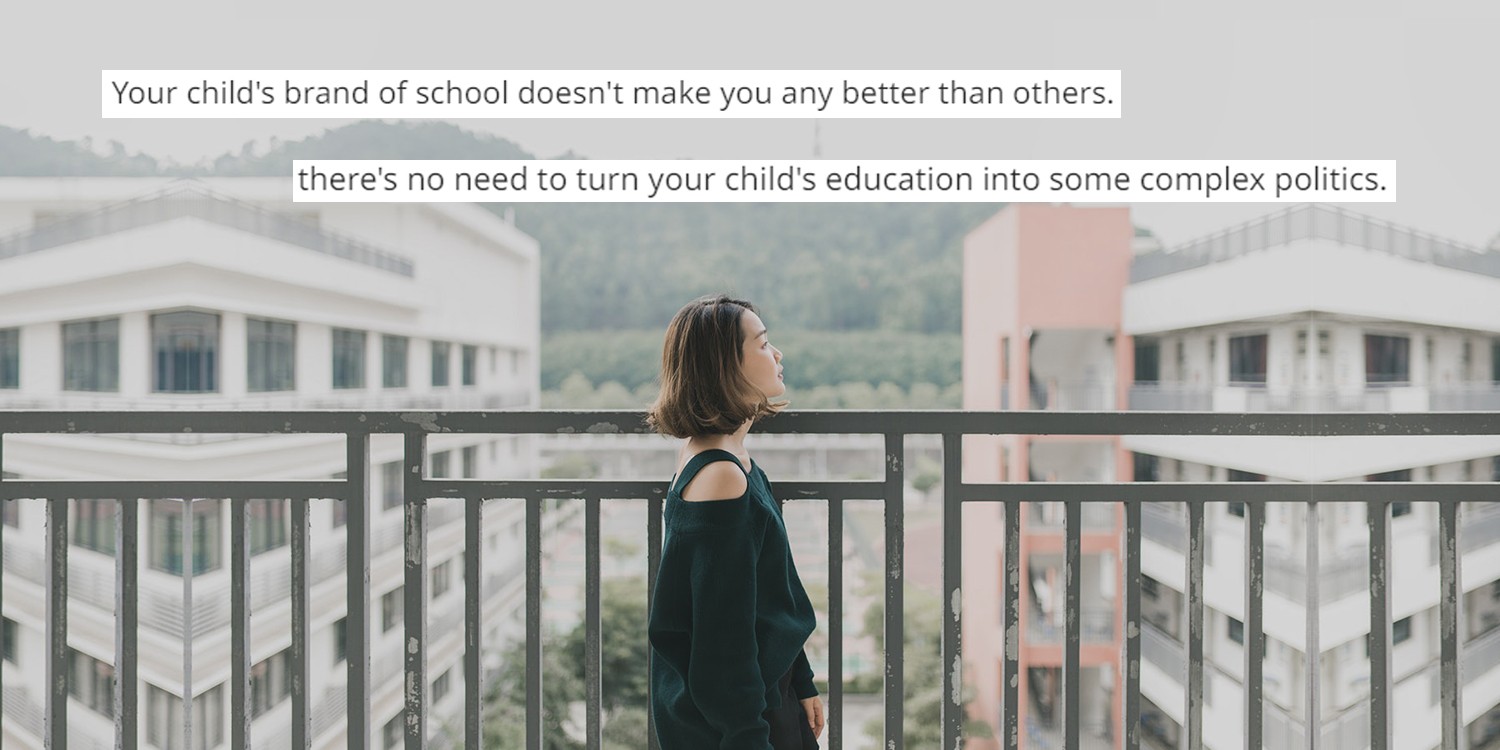 "You have to wait, she's not smart you know."

The issue of elitism has always been a thorny one amongst Singaporeans.

A 16-year-old student from a school that most “consider (a) good school”, shares that she used to “refute the stereotype” of arrogant parents in elite schools based on her encounters with them. 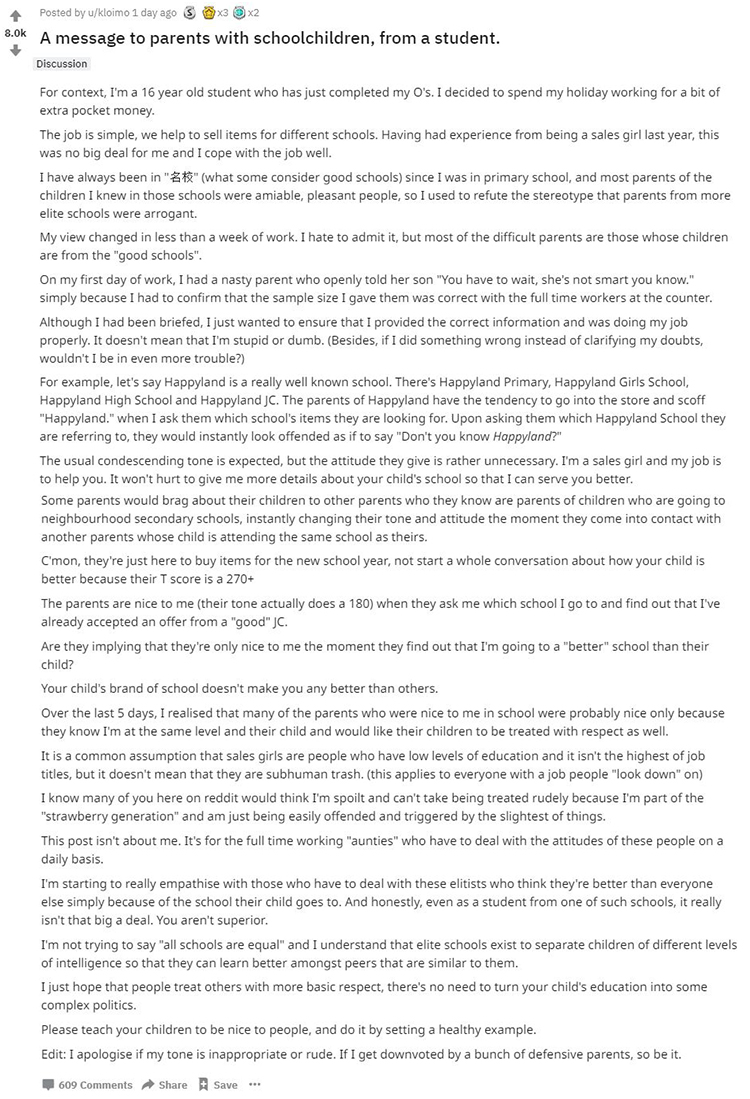 The Redditor claims that she’s a 16-year-old student who has just completed her ‘O’ levels.

Hoping to earn extra pocket money over the holidays, she took on a sales job which required her to sell school items to parents in different schools.

She shares that she’s been a salesgirl before, and “cope(s) with the job well”, due to her prior experience.

However, in “less than a week of work”, she observed that most of the “difficult parents” came from children belonging to “good schools”.

The first incident occurred on her first day of work.

As she was confirming the sample size handed to a customer, a “nasty parent” openly told her son,

You have to wait, she’s not smart you know.

Receiving the comment that she was “not smart” was needlessly hurtful to her, as she was only trying to do her job well.

The writer went on to use the pseudonym, “Happyland” for a reputable school with Primary, Secondary and Junior College (JC) divisions.

According to her, Happyland’s parents tended to remark in a sarcastic manner, when she inquired which division of the school’s items they were looking for.

They would instantly look offended as if to say, ‘Don’t you know Happyland?’

The discrepancy between the attitudes of parents towards “neighbourhood secondary schools” and “reputable schools” was clear to u/kloimo.

She also overheard some parents “bragging about their children” but instantly “chang(ing) their tone and attitude” upon finding out their counterparts were attending the same elite school.

Some parents allegedly accorded her better treatment when they found out she accepted an offer from a “good” JC.

Your child’s brand of school doesn’t make you any better.

She theorised that many of her pleasant encounters with parents stemmed from them knowing she was “at the same level”.

Or perhaps because they hoped their children would be “treated with respect as well”.

Addressing naysayers who thought she was “spoilt” or couldn’t take rude behaviour as a member of the “strawberry generation”, u/kloimo wrote,

This post isn’t about me. It’s for the full time working “aunties” who have to deal with the attitudes of these people on a daily basis.

She felt that parents should set healthy examples for their children by teaching them to be nice to others.

Not all schools are equal

Her experience has helped her better understand both ends of the spectrum involving elitism.

She shares that even though she’s a student of “such schools”, it isn’t “that big a deal”, and she doesn’t feel superior in anyway.

The salesgirl simply hopes that,

People treat others with basic respect. There’s no need to turn your child’s education into complex politics.

Most commentors on the thread agreed that the story was “legit”. Some shared that they have felt “looked down” upon based on their educational background before.

A netizen from a “top JC” wrote about a similar encounter while working in Borders over the summer.

Others thought we had to be the “generation that changes” this phenomenon, by treating everyone better.

A lesson in class

As we strive to build a meritocratic society, leaving elitism unchecked could result in far-reaching consequences.

The mindset that a child’s success is only determined by the brand of school they attend, will only be reinforced by attitudes that promote class divide.

Hopefully, this Redditor’s experiences will serve as a timely reminder that we should treat everyone fairly, regardless of social class, status, occupation and educational background.

That’s the true meaning of class.

Featured image from Reddit and Sean Kong on Unsplash. The cover picture is for illustration purposes only and does not portray the Redditor or school mentioned.