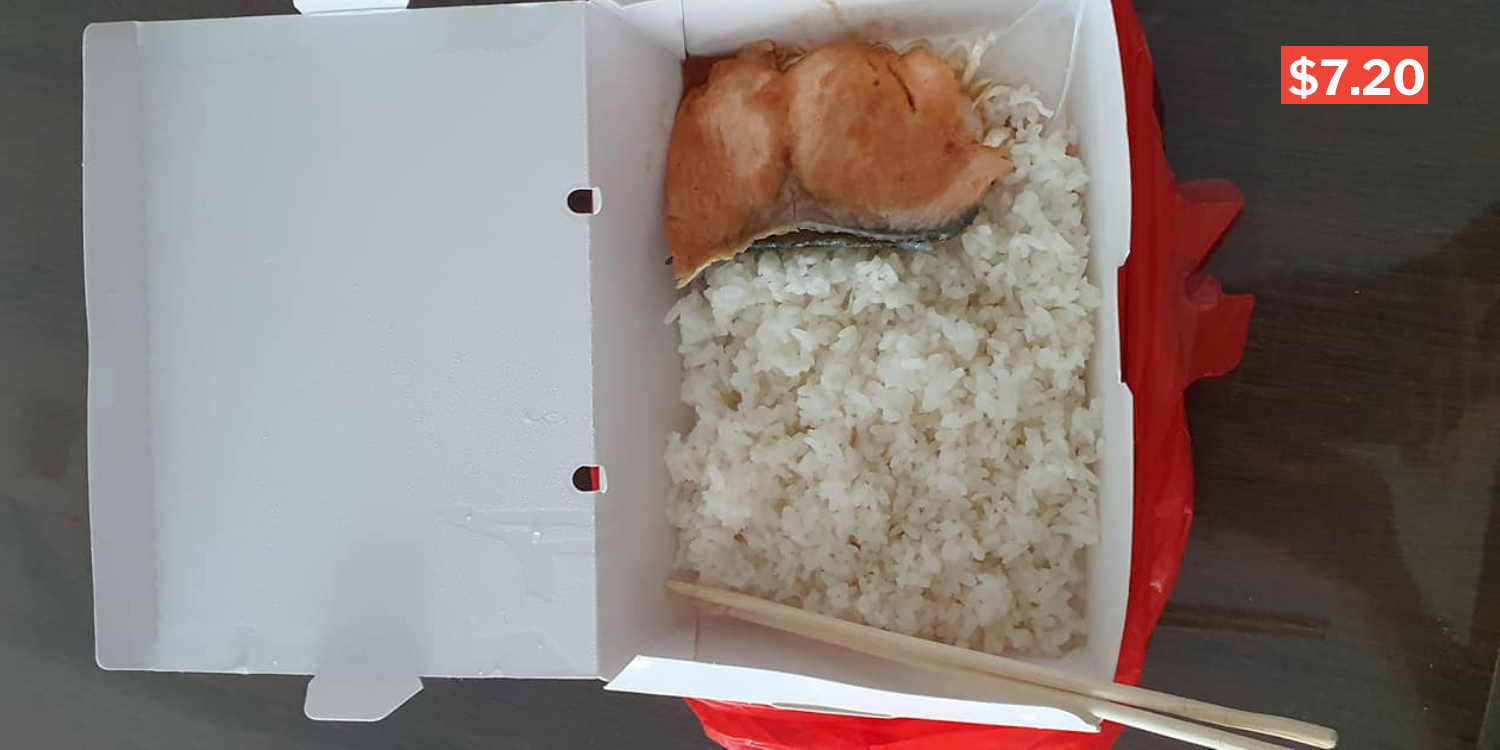 The rice looks dryer than a Popeye's biscuit.

With a lack of dine-ins during Phase 2 (Heightened Alert), one can either venture to the great outdoors in search of food nearby or get your food delivered.

For a man who bought food at a Punggol mall’s food court, what he found instead was perhaps sheer sadness and disappointment—probably the kind that reminds you of the bitterness you felt during your first breakup.

The man posted asking others if they would pay $7.20 for a thin slice of salmon and rice.

He also asked if fish prices had increased due to the Jurong Fishery Port closure — which is rather unlikely.

Man buys salmon teriyaki rice that is as advertised

Few things hurt a Singaporean more than food that is neither cheap nor good, even though we take for granted how many cheap options we have here.

On 24 Jul, the man posted an image of the salmon teriyaki rice he bought at Oasis Terraces in Punggol.

There’s rice, salmon, and some white radish tucked below the fish slice. So what’s the issue?

Simply put, it’s something a student living away from their family might cook for their first meal because they forgot to buy seasonings.

What’s supposed to be the protein of choice is a slice of salmon supposedly thin enough that it might be able to enter an ATM card slot.

Meanwhile, the rice appears dry as the Sahara — pristine, straight out of the rice cooker, yet could probably do with some furikake or the advertised teriyaki sauce.

Which happens to be almost non-existent.

On the upside, white radish can be seen peeking from below the salmon slice as though hiding from the prospective eater.

But let’s say that the radish could afford to be a little less shy, considering how much space exists in the box.

A look at the receipt that the man uploaded suggests he purchased the takeaway from a food court in Punggol. Many netizens were tickled by the receipt’s message, which said, “Thank you. Hope to see you again.”

A check with the stall’s menu shows that the salmon is one of the priciest rice sets. The man presumably already knew that, though. 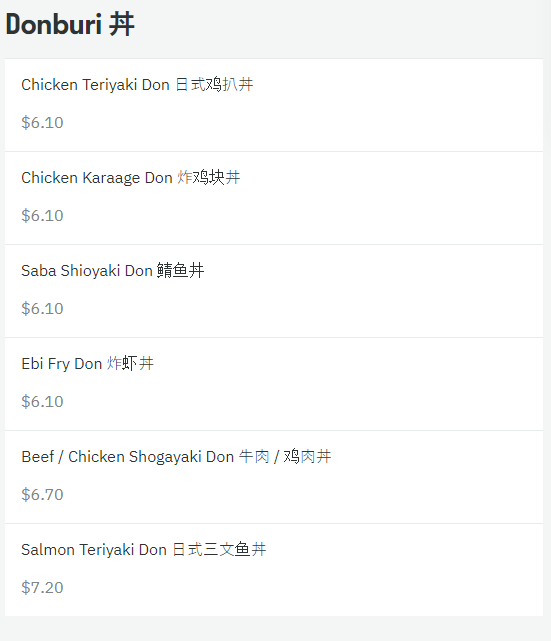 Fish normally costs more than other meats, to begin with.

If one is concerned about salmon from the Jurong Fishery Port, don’t be—as salmon is normally not brought in through the port.

While the rice looks plainer than the walls in a minimalist home or coffee joint, and the seasoning appears to be in retreat, we suppose some people would eat it anyway.

Indeed, if one is able to, perhaps you could whip up a cheaper meal.

However, part of paying for food is so that we don’t have to prepare it ourselves.

Maybe we can disagree about the pricing, but this is about the price range that one can expect from Japanese food, especially for salmon.

Price is relative, after all. But it doesn’t change the fact that your first break-up was probably less sad than this box of salmon rice sans teriyaki.