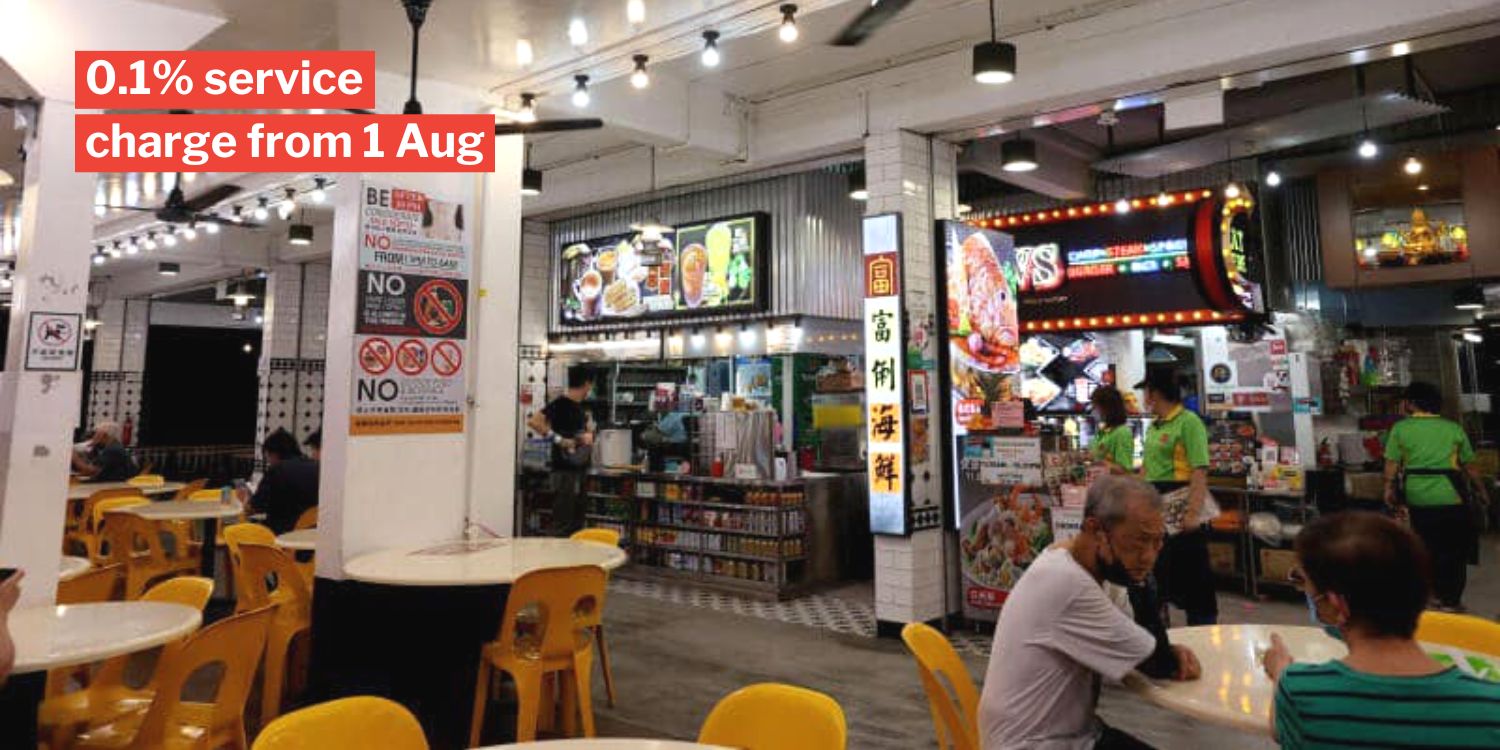 The service charge will be levied on dine-in customers only.

Seafood stalls in kopitiams are beloved by Singaporeans for their sheer variety of affordable zi char dishes.

We’re also assured that we know what we order is pretty much what we’ll be paying, with no extra costs.

However, this is about to change at one seafood stall in Bishan when it imposes service charge and Goods And Services Tax (GST). 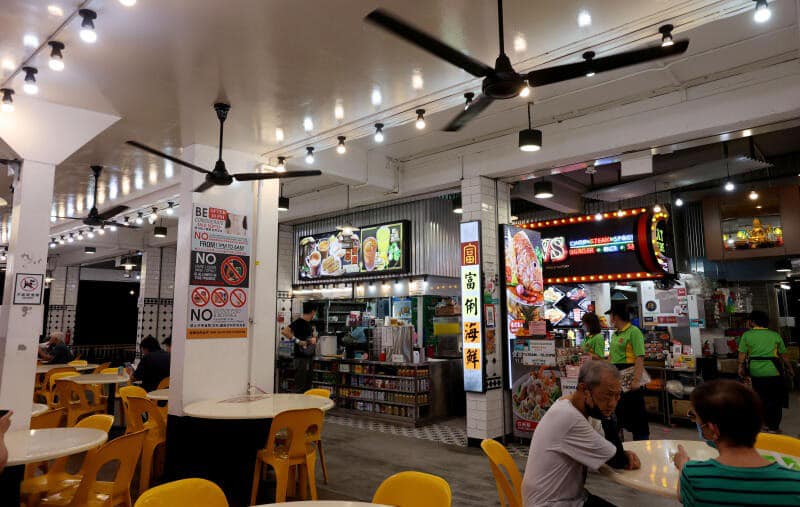 The move has caused some diners to worry that other stalls will follow suit.

It’s located in the BS120 Makan Hub kopitiam in the block.

Recently, a notice appeared at the stall, informing customers that they’ll impose service charge and GST from Monday (1 Aug). 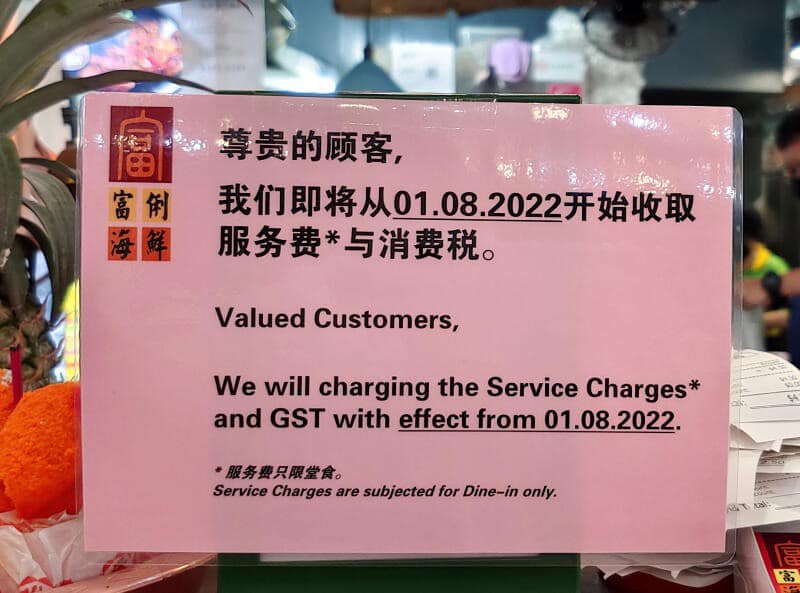 It also added that the service charge will be paid by dine-in customers only.

The notice was posted on Wednesday (27 Jul), staff told the paper.

Extra charges will apply to all outlets

FuLee Seafood has a total of 15 outlets across Singapore.

Ms Wu Yujiao, the proprietor of the stall, told Shin Min that the extra charges will apply to all their outlets from 1 Aug. According to the Facebook page of FuLee Group, their stalls can be found in locations like Woodlands, Sengkang, Bukit Merah, Tampines, Bukit Batok and Hougang.

Service charge at kopitiam unheard of

Of course, any news of higher food prices would cause concern among Singaporeans already struggling with inflation.

Paying service charge at a kopitiam is also almost unheard of.

After all, most would expect to pay service charge at a restaurant with more comfortable surroundings, like air-conditioning.

But part of the appeal of eating at a kopitiam seafood stall is the no-frills experience of knowing you’re paying exactly the price stated on the menu — at least until 1 Aug.

As for GST, most Singaporeans would know that it’s levied when a business’ turnover goes over S$1 million.

Regular customers are probably wondering why the stall is doing this.

Ms Wu explained to Shin Min that the income tax returns filed last year showed that their turnover was close to S$1 million.

It’s predicted to exceed that amount this year, hence they obtained approval from the authorities to charge 7% GST. 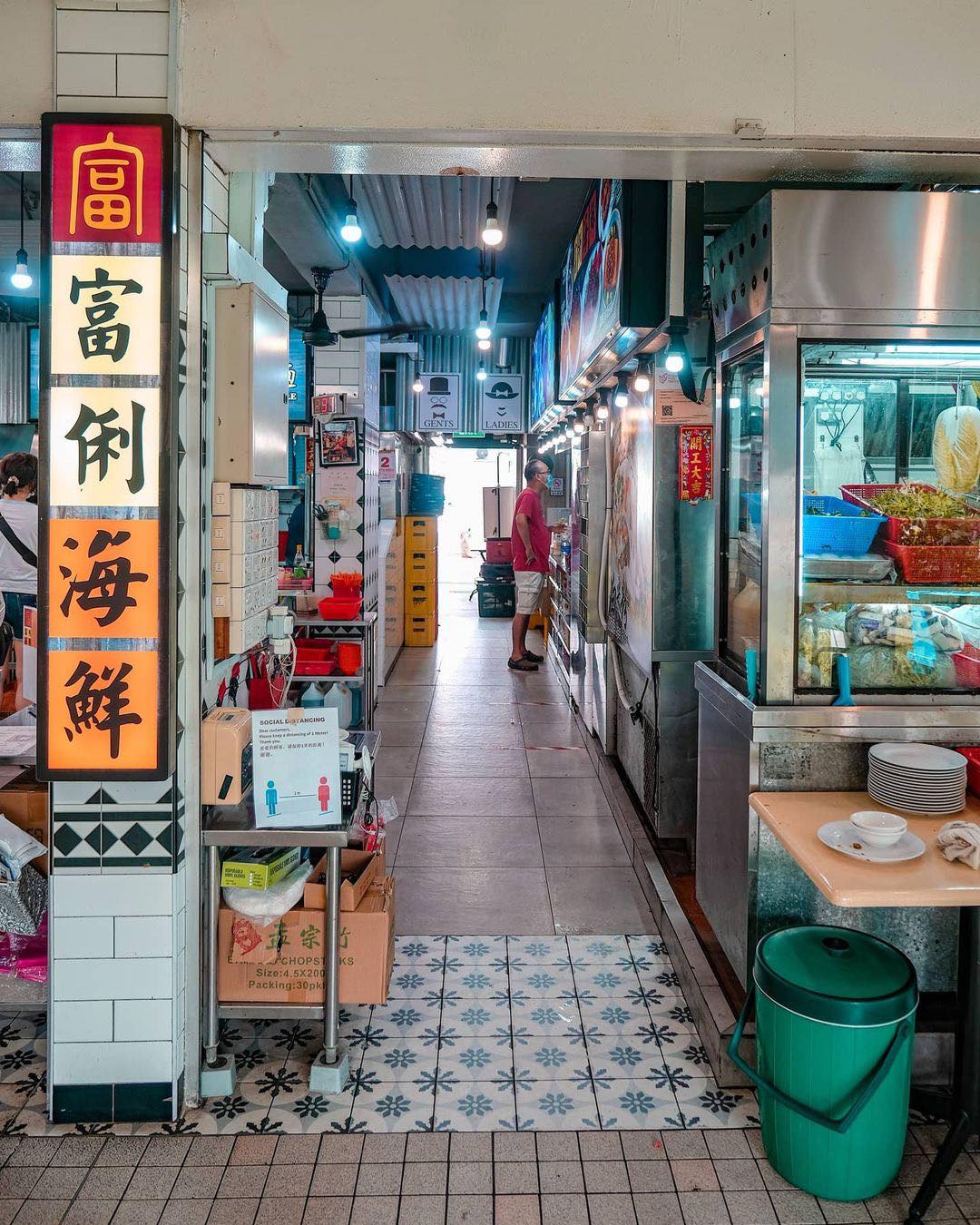 As for the service charge, Ms Wu said according to the regulations, F&B establishments need not include GST in their prices shown.

However, they would have to impose service charge if that’s so, she added.

Since the authorities didn’t specify how much service charge to levy, Ms Wu decided to fix it at a symbolic 0.1%.

She pointed out that it’s less than what restaurants charge, which is usually 10%.

Saying that “of course” she’s afraid the extra charges would drive away customers, but maintained that there’s no other choice.

To retain customers and give back to them, the stall will round down to the nearest dollar any bills that are over S$50.

However, diners who spoke to Shin Min had mixed reactions to the extra charges.

67-year-old retiree Mr Yang said he didn’t understand why there had to be a service charge.

He was also afraid that other seafood stalls would follow suit, once they see what FuLee is doing. Thus, he indicated that he might visit other stalls if he ends up having to pay more. 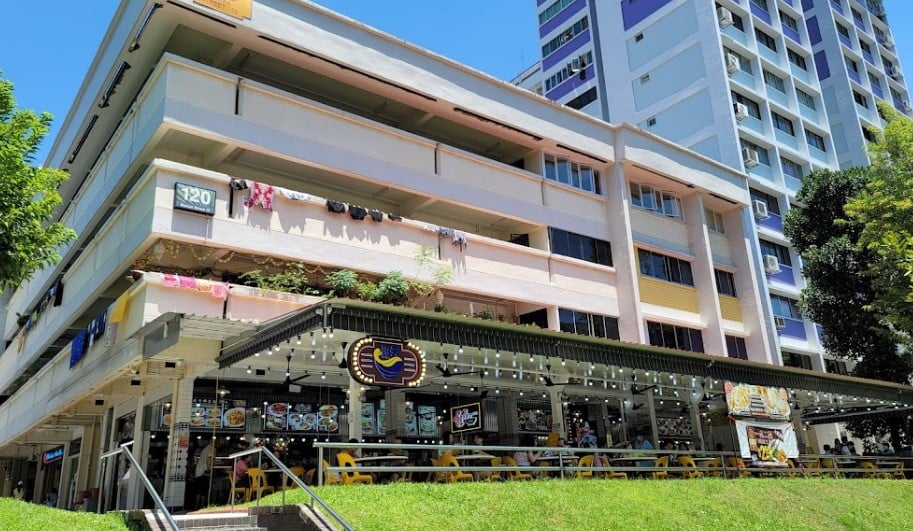 A 27-year-old engineer surnamed Yang felt the extra fees were a price hike in disguise. He felt that if a stall charged service charge then it should provide commensurate service.

Lastly, 60-year-old waiter Mr Zhang said that he would accept the service charge if it wasn’t too high, as everything is increasing anyway.

Service charge is up to the business

Ms Wu, the proprietor, has denied that the extra fees are a price hike in disguise.

Dr Walter Theseira, an associate professor at the Singapore University of Social Sciences (SUSS), pointed out that service charge isn’t a government tax but a kind of industry practice.

According to tax guidelines, the Government only stipulates that operators clearly distinguish between the various charges.

However, the service charge is up to the business to decide.

Ms Chen, the proprietor of another zi char stall in Toa Payoh, was concerned that a service charge would affect customer flow, especially since the crowds have just returned.

She said that patrons might tip a few dollars on their own accord if they like the service, but they would be disgusted if the business actually levies such a charge.

Ultimately, the stall has every right to impose extra fees if they want to — they would’ve had their reasons for doing so.

Now it’s really up to the market, i.e. their customers, to vote with their feet, and decide whether they will accept it or not.

Considering almost everything is increasing in price nowadays, a nice zi char dinner may unfortunately soon be another extravagance we can’t afford.