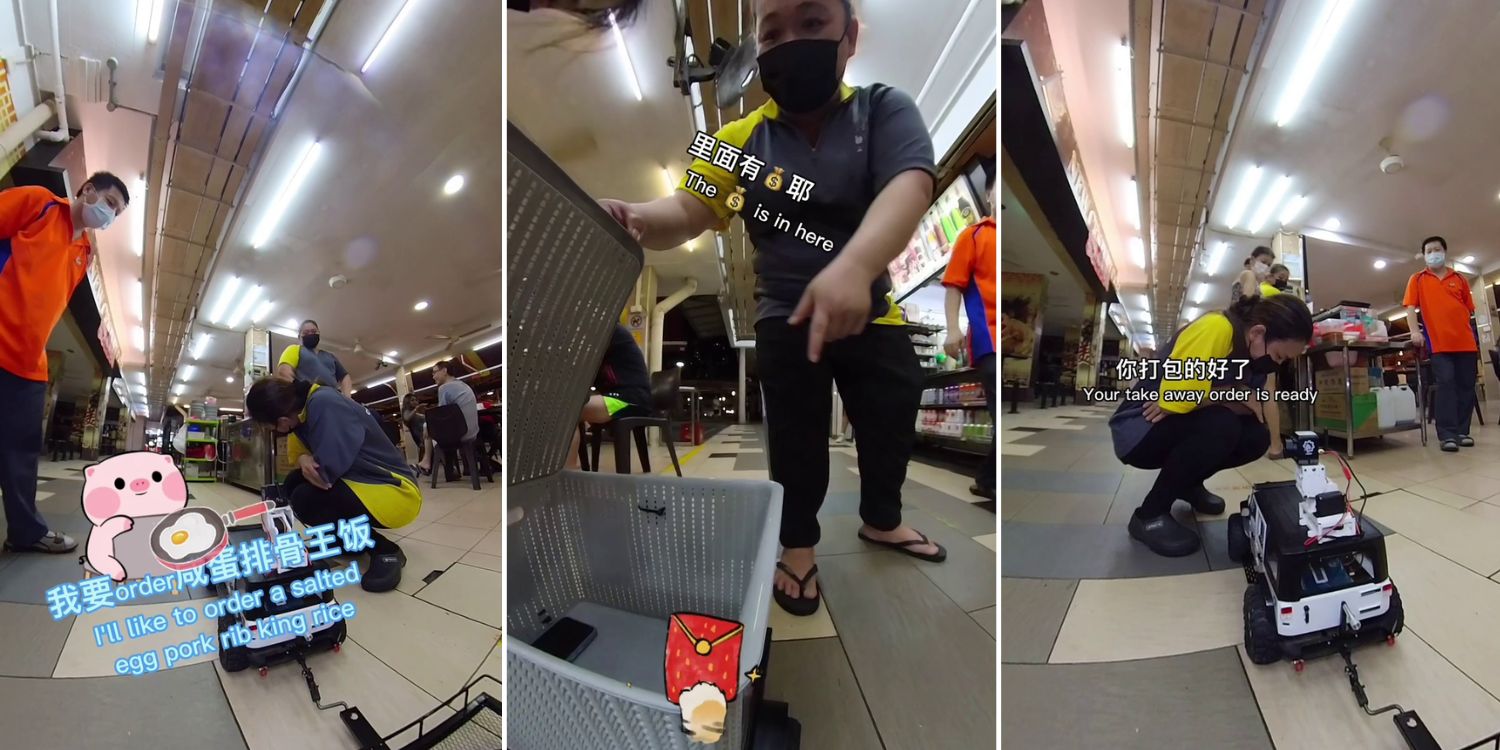 From smartphones to smart TVs and drones, things that we used to deem futuristic are now very much a part of our everyday lives.

With the pandemic making remote work and contactless delivery mainstream, more technology has developed to facilitate these changes.

One man in Singapore has taken contactless delivery to the next level with a remote control car to order zi char and buy groceries. 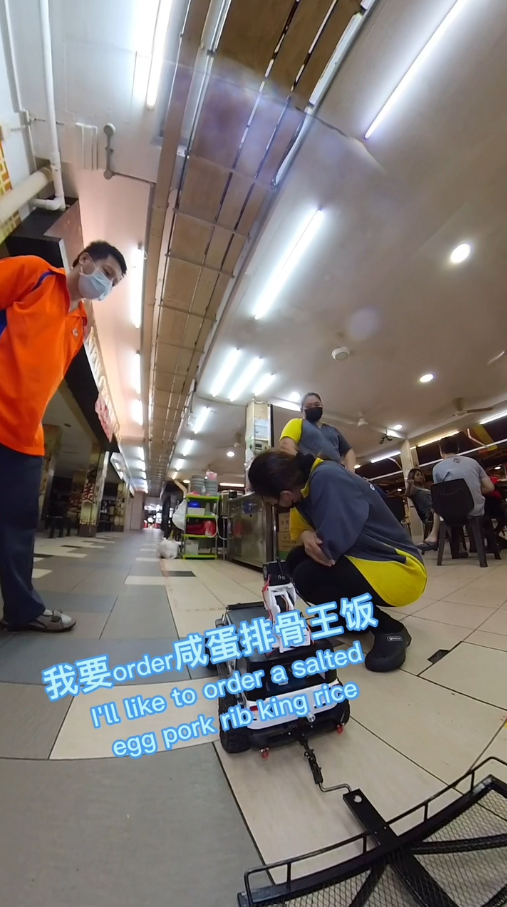 His futuristic endeavours have since gone viral after he uploaded videos documenting his little helper’s adventures on TikTok.

The remote control car first shot to fame when its owner, TikTok user @puangster posted a video of it going to Giant Hypermarket.

Using a kid’s voice effect to narrate the text, the remote control car immediately melts hearts with its childlike persona.

Its journey begins with it exiting the lift of the building where the owner stays, before speeding through the void deck and reaching a zebra crossing.

This is where it encounters its first hurdle, as it has no hands to press the traffic light button.

Nevertheless, the car races across the zebra crossing, as the onscreen text cheekily says, “Police please don’t catch me”. 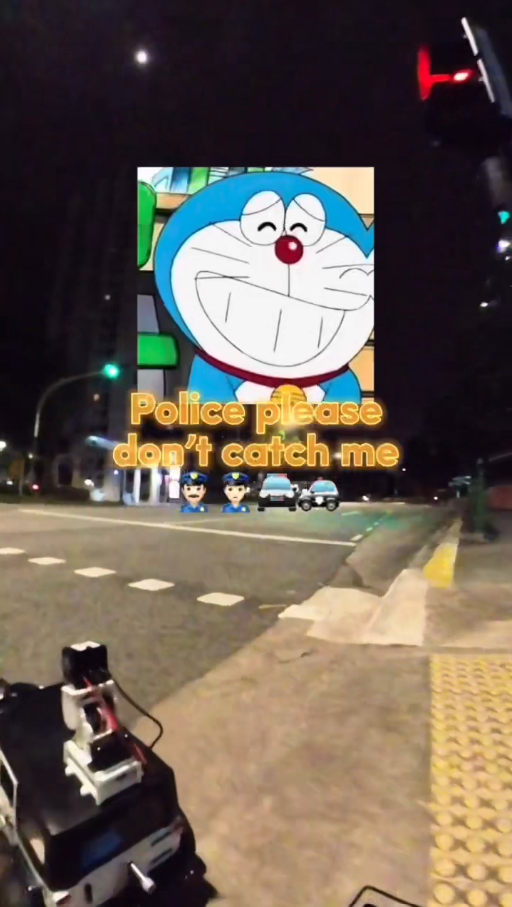 The car later arrives at a Giant supermarket outlet, where the owner makes multiple attempts to get the staff’s attention via an attached speaker.

Once the staff is alerted, the rest of the grocery run goes relatively smoothly as they help to fetch what the owner needs.

Thereafter, the owner directs the staff to fetch a S$10 note from an attached basket as payment. 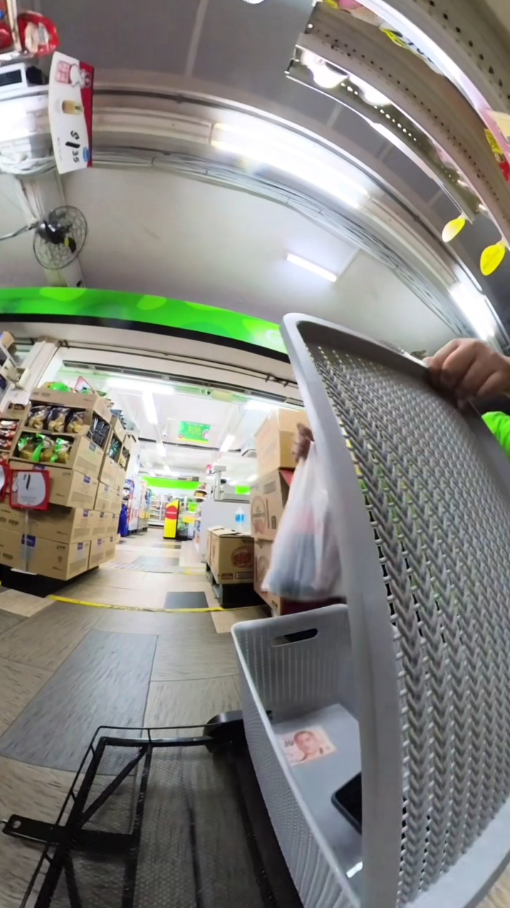 The video concludes with the owner approaching his remote control car at the lift landing on his level and retrieving his purchases from the box.

On its second outing, the owner navigated his remote control car to a coffee shop nearby to dabao zi char.

In the video posted on Saturday (23 Jul), the remote control car said it had been “Deployed by my good for nothing master to get dinner”.

This time, it has no trouble getting someone’s attention as there is already a stall worker standing at the entrance.

Once inside, the remote control car immediately catches the eye of both the curious stall workers and customers.

Speaking via the attached speaker once again, the owner communicates his order to the workers and pays them with cash from the basket.

As the car is about to leave, it literally runs into trouble as it collides with a pipe at the coffee shop. 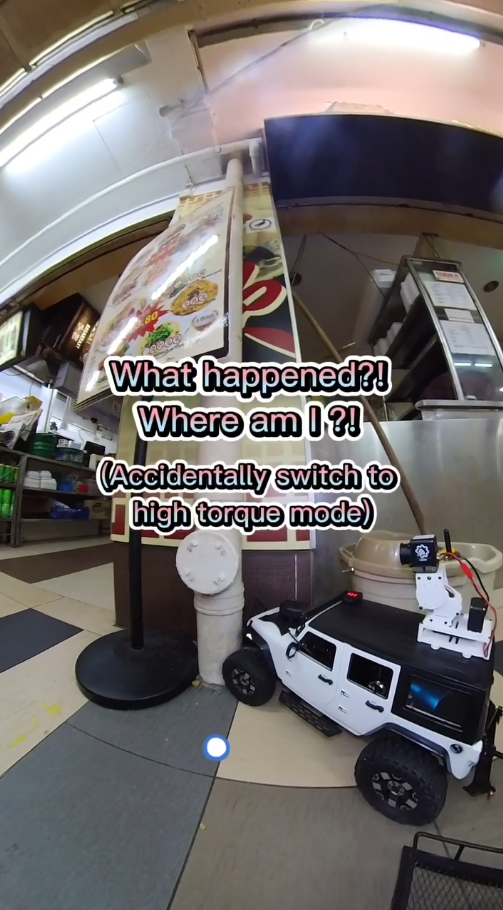 It turns out that the owner had accidentally switched to the car’s high torque mode, causing it to go too fast.

Luckily, the car gets back on track thanks to the attentive workers who move it out of harm’s way and adjust it to face forward again.

The videos appear to have inspired various netizens, with many heaping praise on the man’s wholesome invention.

Some curious folks asked about how it works, perhaps in hopes of trying out something similar.

Many have also complimented the staff featured in both videos for their kind and helpful attitude.

Others sang praises for the owner, with one viewer even likening him to famous engineer Elon Musk.

All in all, it’s safe to say the little helper is getting a lot of love.

Kudos to the owner for such an innovative invention

While this is not the first time we’ve seen a remote meal delivery, converting a remote control car into a personal errand runner is a refreshing concept.

We’re sure residents in the owner’s neighbourhood would be enthusiastic about crossing paths with his little helper some day.

And who knows, others could gain inspiration from him and try out something similar for their own convenience too.