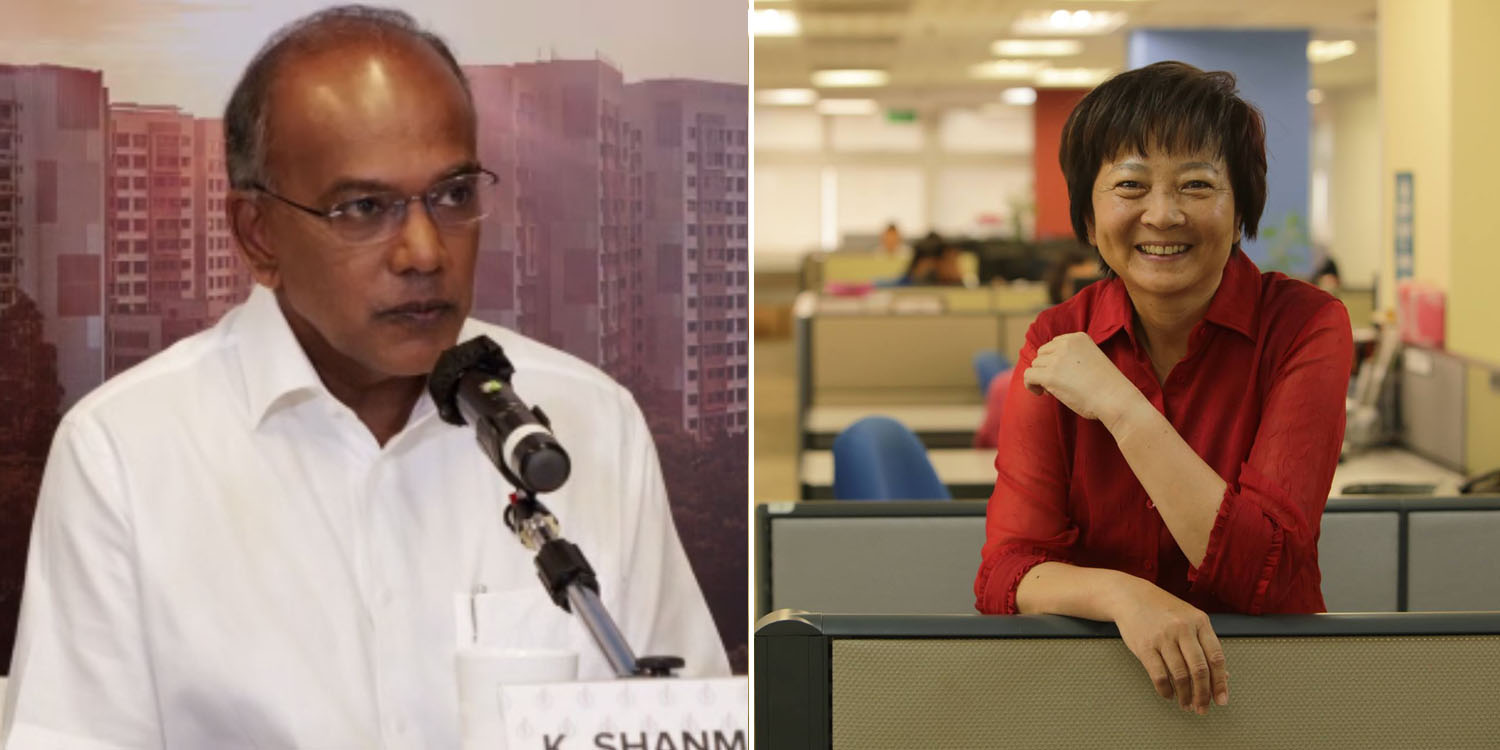 He was sad to see her go.

That’s what Home and Law Minister K Shanmugam said at a press conference on Wednesday (1 Jul), that the 15-year MP, affectionately called “Sister Flower”, made the difficult choice to step down due to her 80-year-old mother. Calling Ms Lee Bee Wah a “tremendous asset” to him, he said he had in fact wanted her to stay.

Asked whether he thinks there will be more votes for the opposition after Ms Lee steps down, Mr Shanmugam called her a “once-in-a-generation” type of MP who has a close bond with residents.

Most MPs step down due to leadership renewal, and Ms Lee is one such MP.

She’s very direct, minces no words when in Parliament. She sets standards for being a good MP and it’s sad to see someone like that retiring.

He’s also sad to see Henry Kwek go, but it’s good for him to spread his wings in Kebun Baru Single-Member Constituency (SMC).

Ms Lee built up a tremendous amount of trust for herself and her party, though her residents are very sad that she’s leaving, they understand the need for leadership renewal.

Many residents had asked if she could carry on, and Shanmugam said,

She tells them she wants to spend time with her mother, they understand. I see that the goodwill she has built up is there.

It is a build-up for the party and his team members, in particular Ms Tan, to now show residents their continued trust is merited. “And that can only be done on the ground,” he said.

Lee Bee Wah’s successor will bring her brand of empathy

Ms Carrie Tan, who is taking over Ms Lee to run for Nee Soon South, said she will focus on elderly citizens, those who have lost their jobs and sandwich generation families if elected. She acknowledges that being Dr Lee’s successor, she has big shoes to fill, but said she will also bring her brand of empathy to the ward.

I have a big heart for this work.

Ms Tan related that the natural curiosity to know and be a part of people’s lives is what drives her towards being a politician. She’s confident that residents will see her sincerity in time.

It’s not easy to bid a familiar face goodbye after over a decade. But this is what Nee Soon South residents will have to come to terms with, now that Flower Sister is stepping down.

As with every other party in GE2020, PAP continues to seek a strong mandate from their constituents. We wish them all the best in their campaigns.