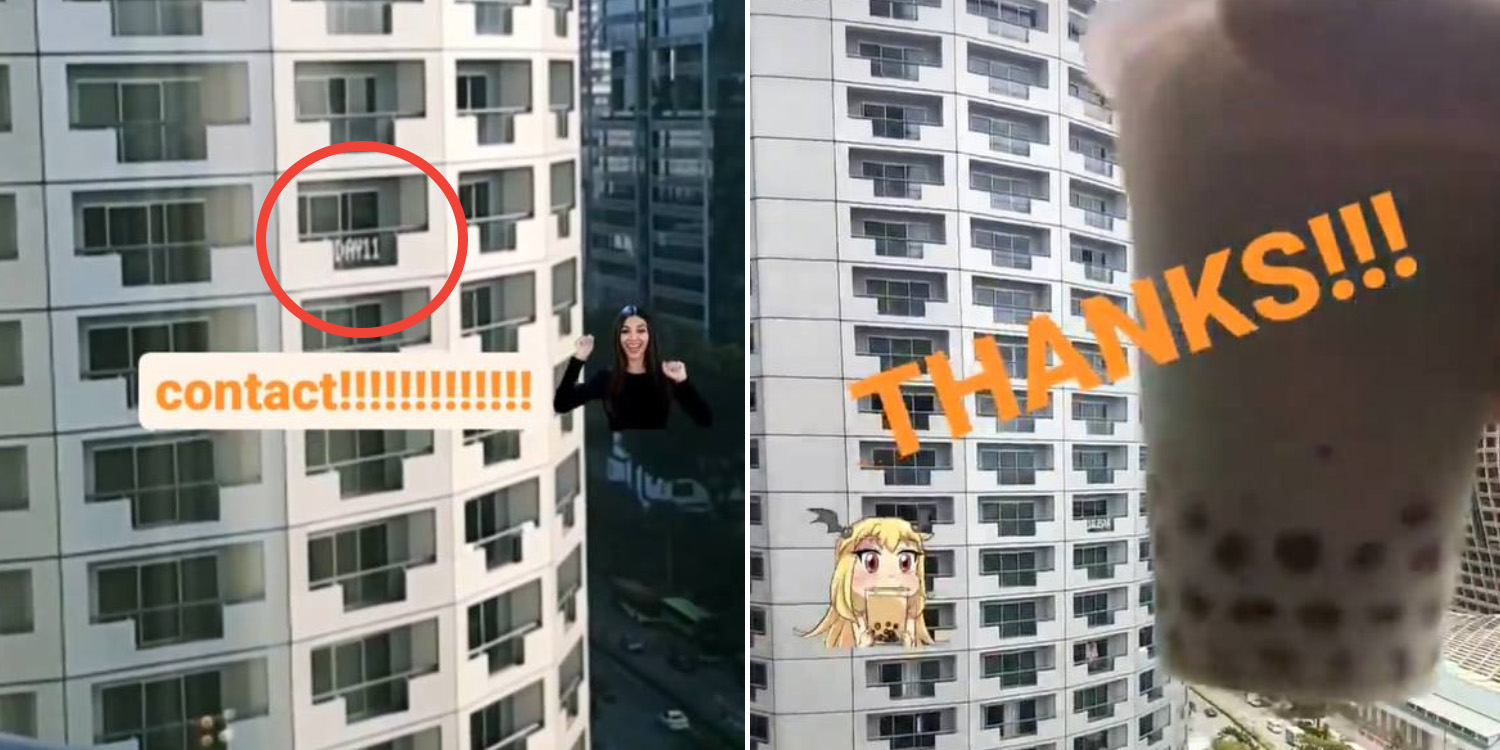 They've made plans to meet up after SHN.

Since the pandemic, returning Singaporeans and visitors have to serve a mandatory stay-home notice (SHN).

While 14 days in isolation can get boring, one Singaporean found an unlikely friend in a hotel guest who was also serving SHN at the building opposite hers. 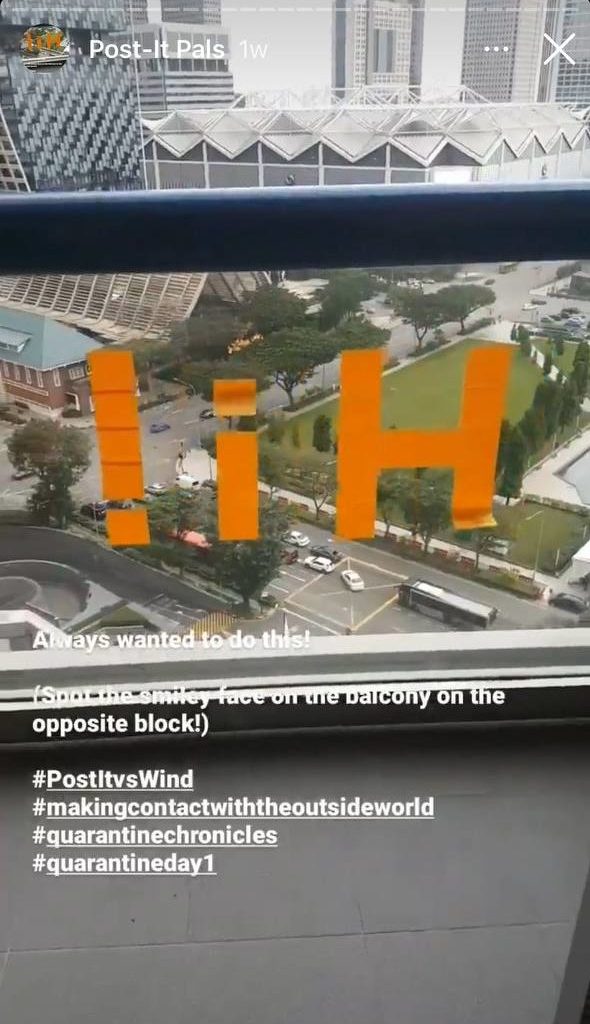 And it all started with a simple message crafted with Post-It notes.

Upon returning from Denmark, Lydia, shared that she started her SHN on 14 Feb at Swissôtel The Stamford Hotel.

On her first day, she spotted a smiley face made out of Post-It notes on a balcony at the opposite Fairmont Hotel. 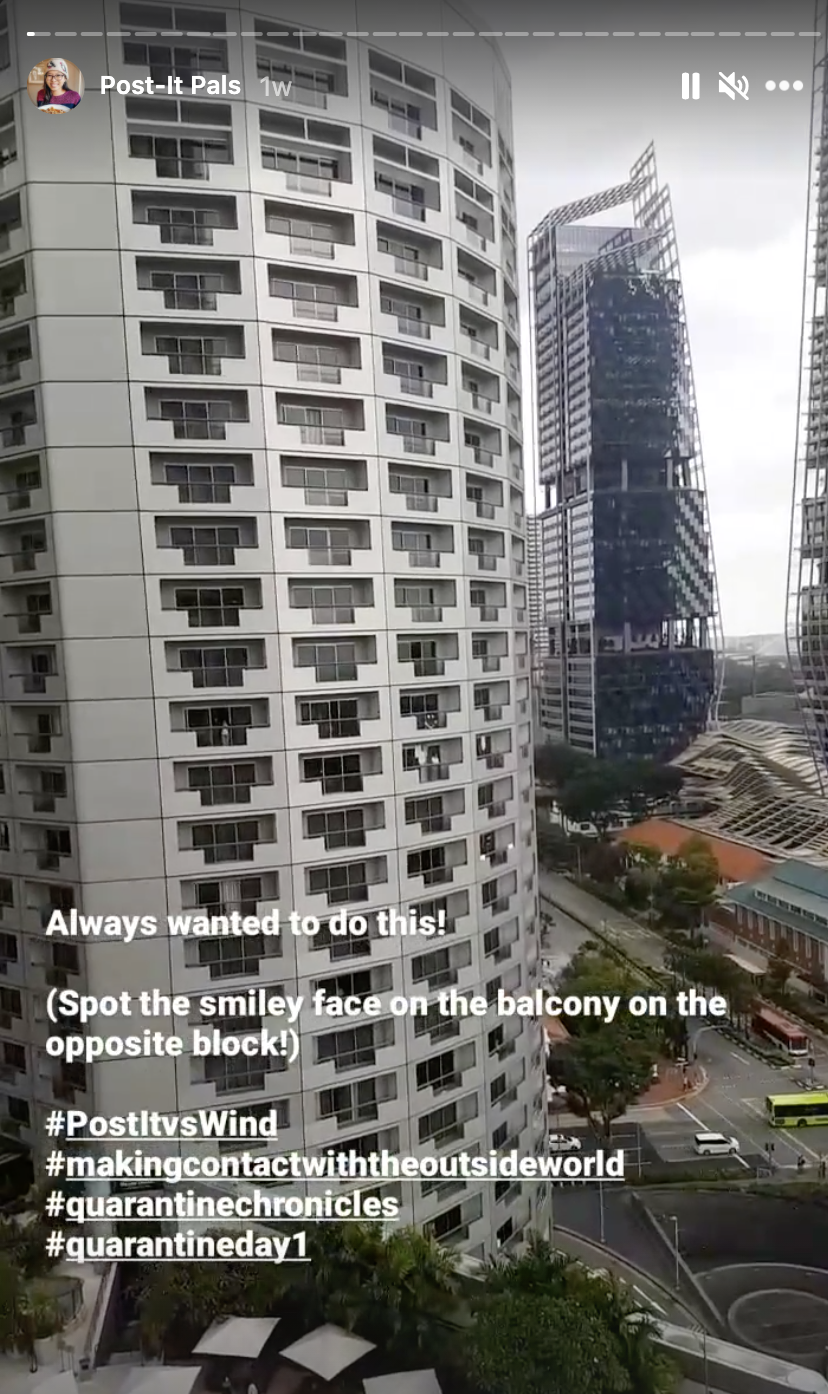 She decided to make contact with a Post-It message of her own, saying “Hi!”.

Unbeknownst to her at the time, that was the beginning of a new friendship.

The next morning, Lydia awoke to a new Post-It message that said “Hello”. 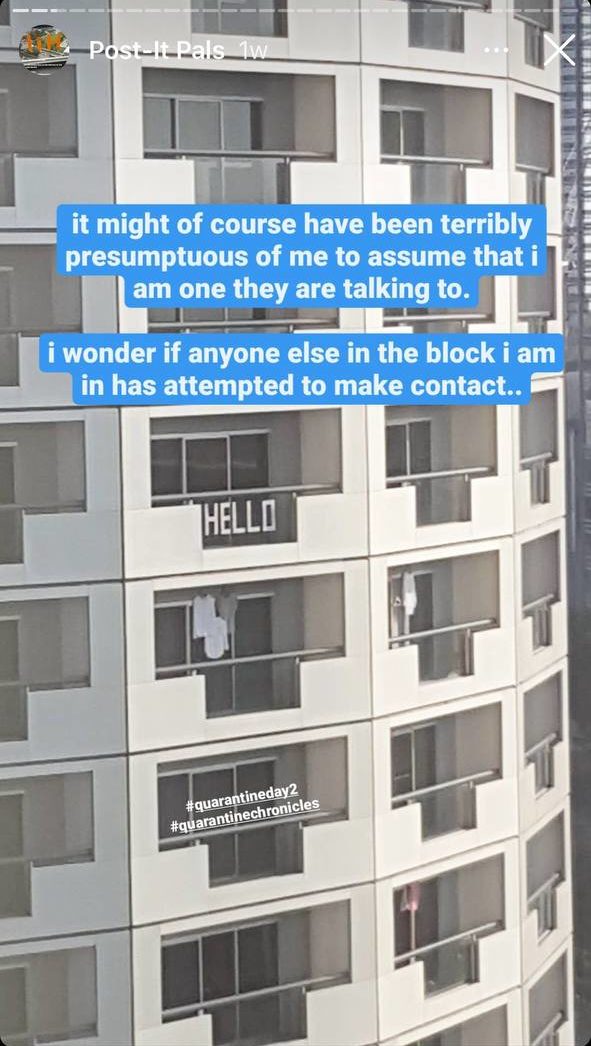 Excited to be having an actual Post-It conversation, she then asked her Post-It buddy what day of SHN they were on. 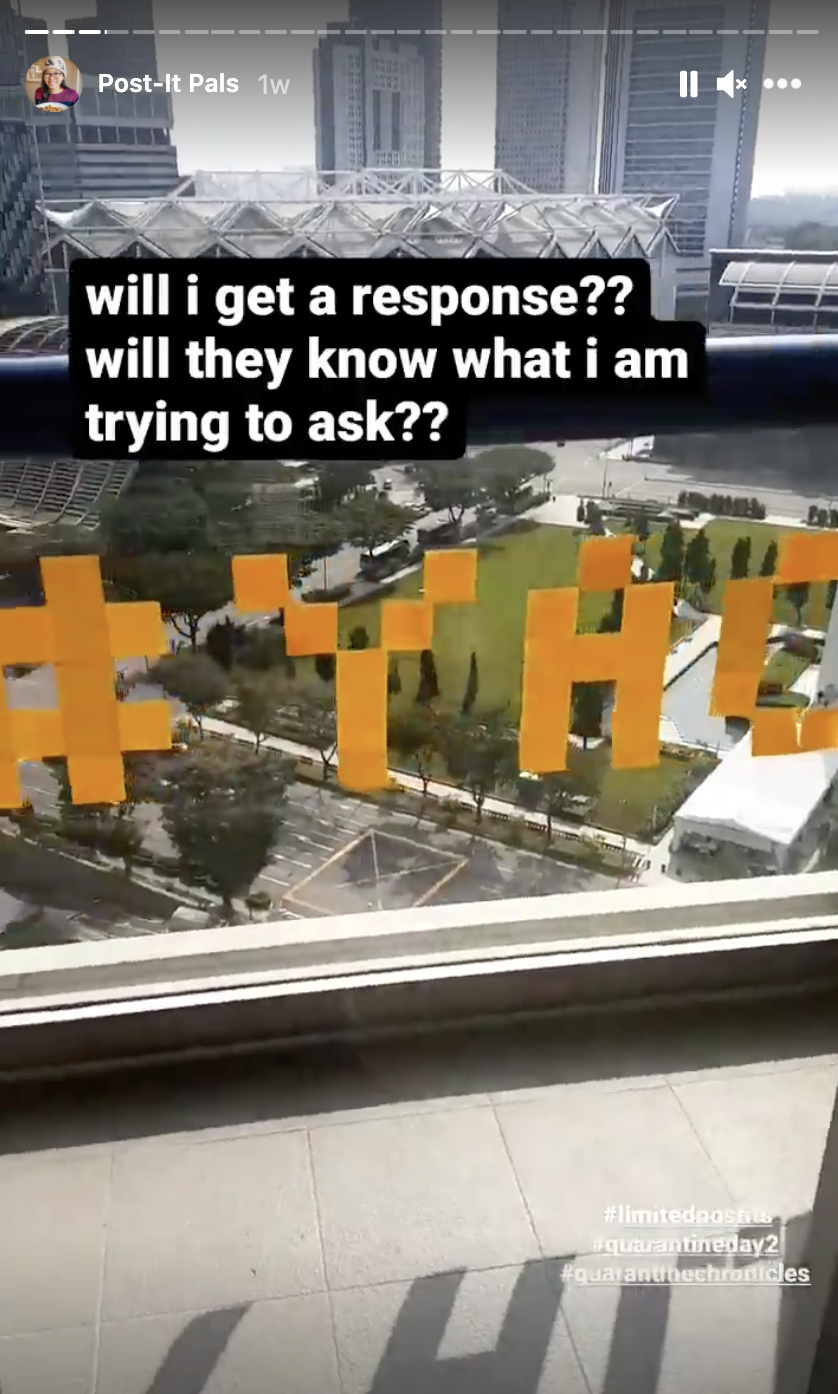 To which her new friend replied, day 11.

Not knowing who she was talking to or even if they spoke English, Lydia was unsure of how to reply.

Plus she had the added worry of running out of Post-Its. SHN Post-It friends send BBT to one another

When Lydia went to her balcony the next day, she was greeted with “Day 12” in Post-Its.

Wanting to give a more constructive reply, Lydia took to her social media, asking friends for suggestions on what to say.

She then decided to send some bubble tea over. After all, who doesn’t love bubble tea?

She put up Post-Its saying “bbt rm#”, hoping her buddy understood what she meant. 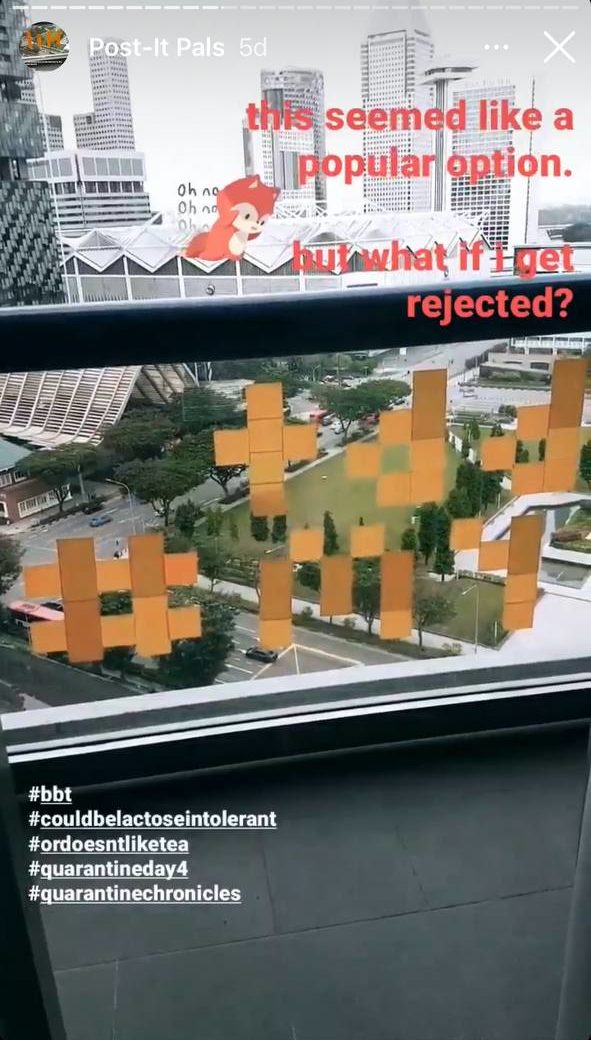 Lydia was excited when she awoke the next day to a room number from her Post-It buddy.

She put in an order for 2 Koi bubble teas, hoping that it was to their liking.

In hopes of making proper contact and eventually conversation, she also added her Instagram handle to the receipt notes. 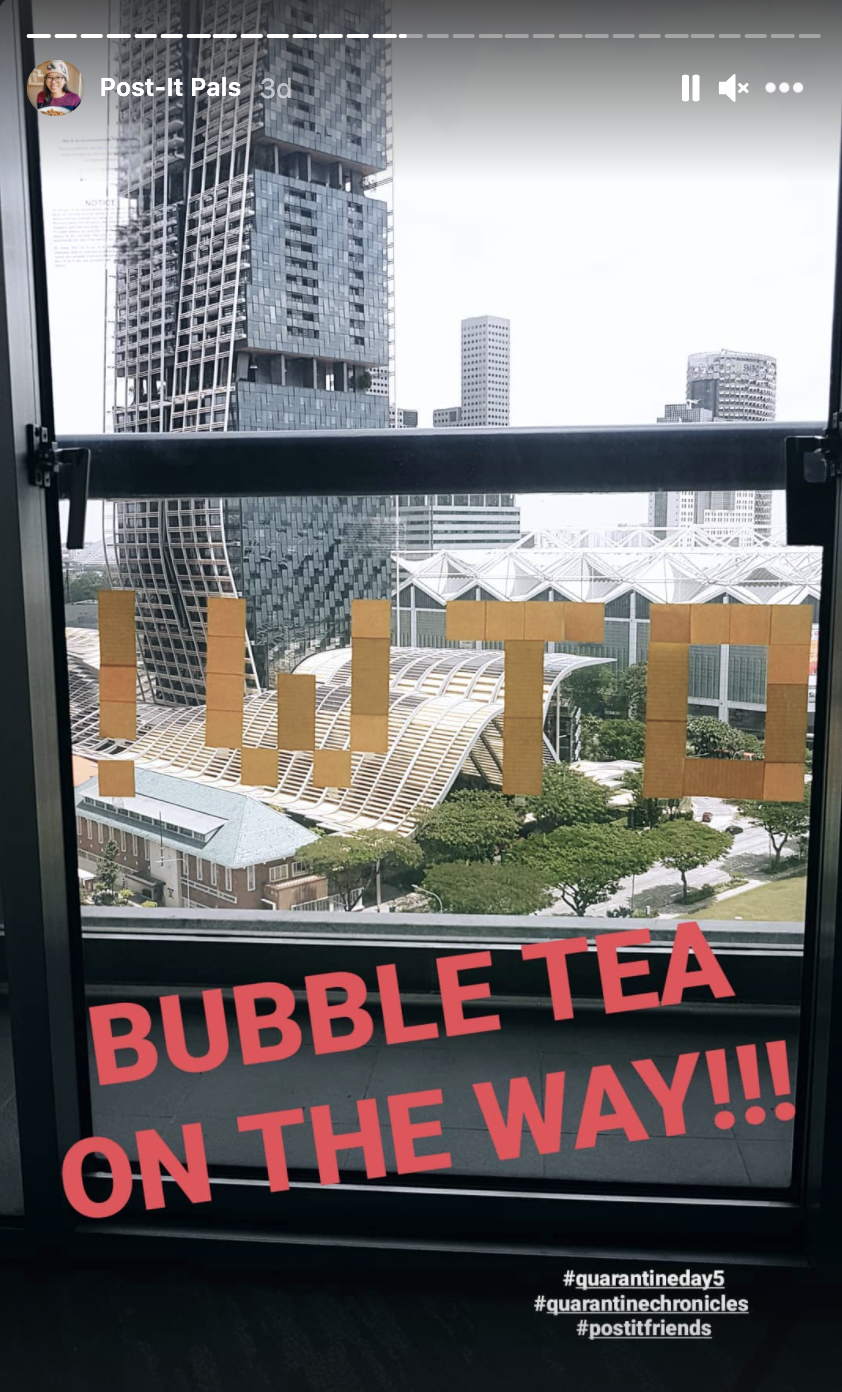 Then she promptly informed them that their bubble tea was on the way, via Post-Its, of course.

Soon, she received a message on Instagram from her Post-It buddy.

Her new friend even sent a picture of the bubble teas she just received. 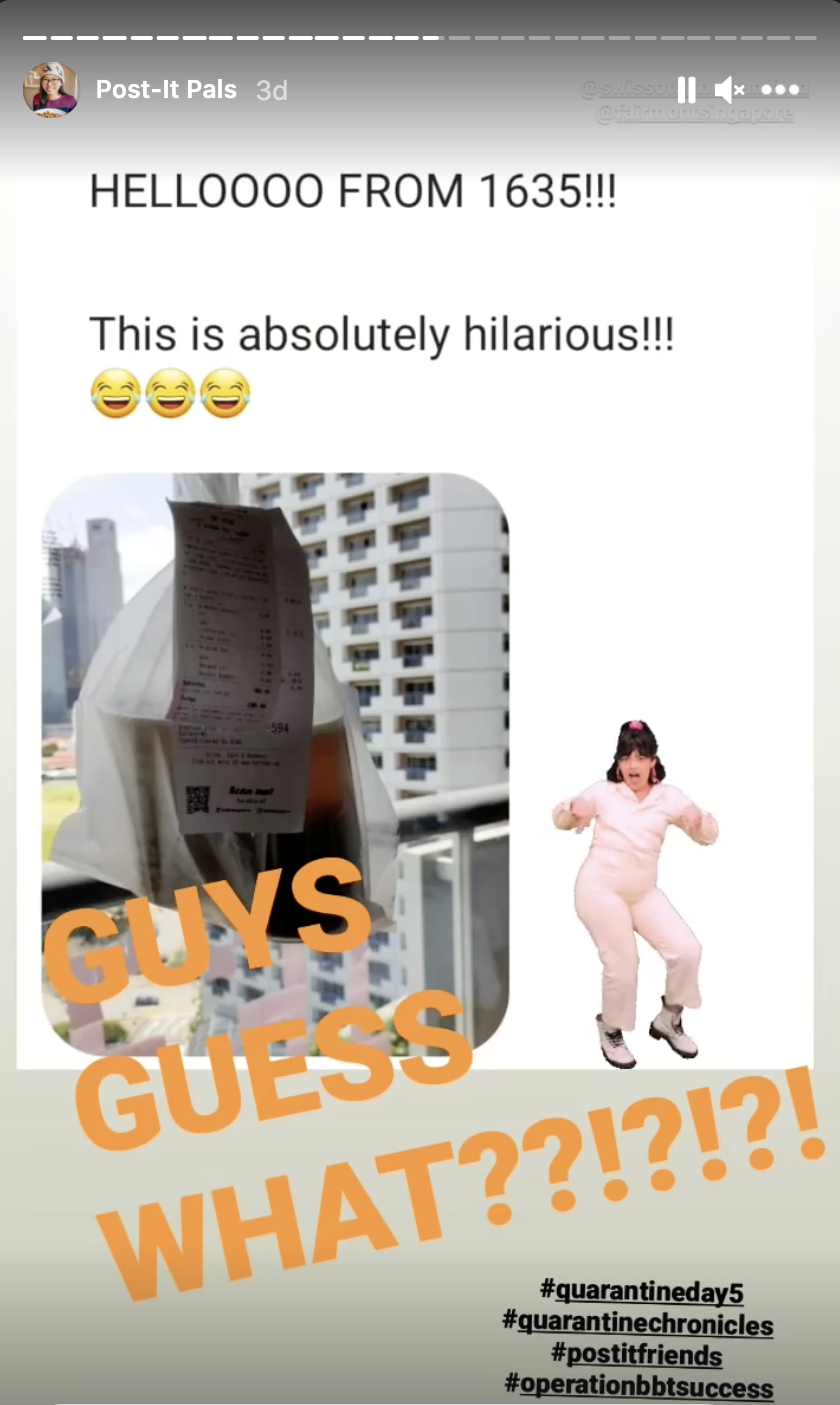 From there, the pair hit it off right away, and Lydia found out that her Post-It buddy is a mother of 2 called Carmen.

Carmen even returned the favour, sending over a cup of Playmade bubble tea. 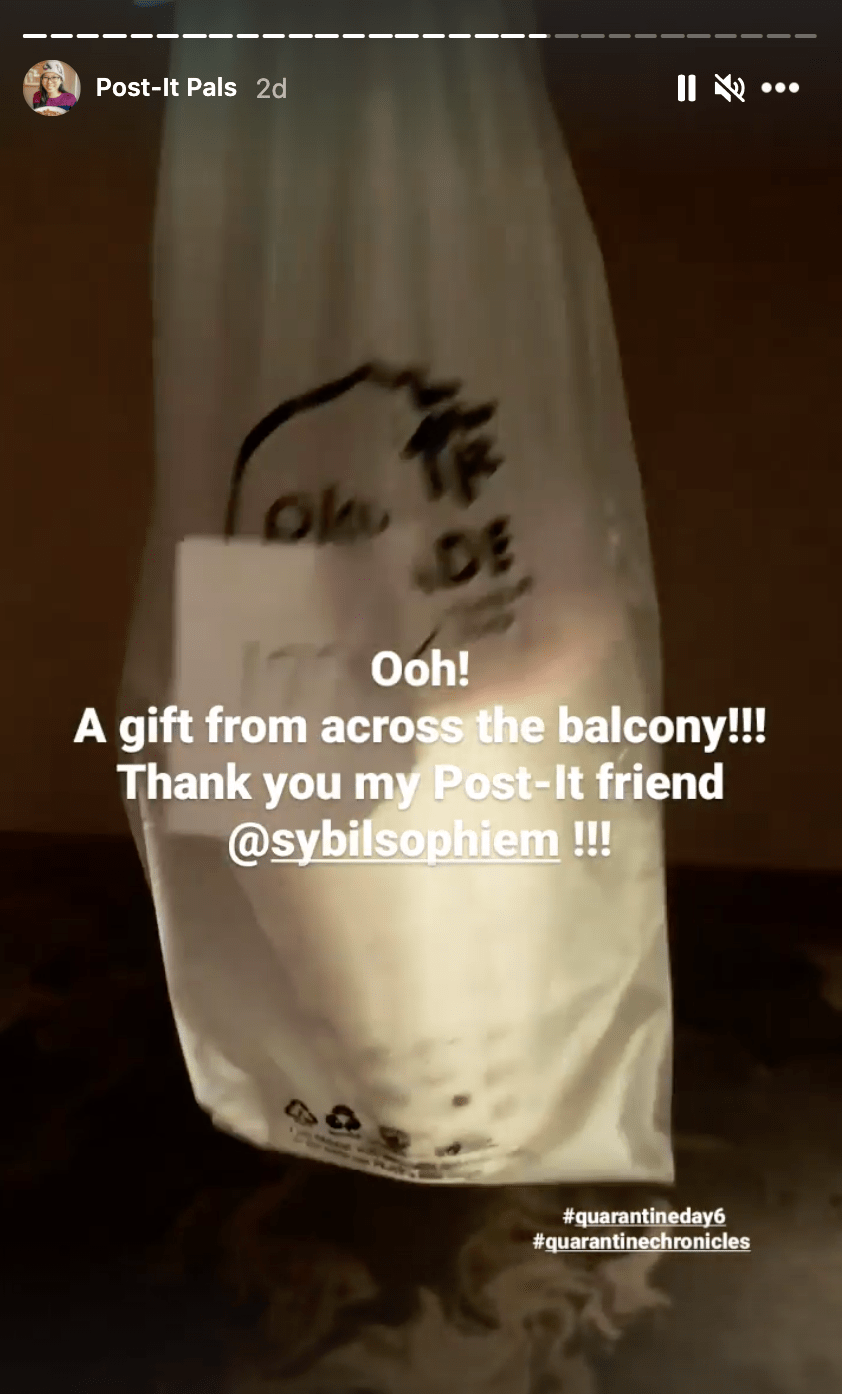 To bid farewell to her buddy and commemorate their Post-It friendship, she spelled out “Bye” on her balcony, complete with a heart shape. In reply, Carmen did up a special last message to Lydia, saying “Soo long BBTF (Bubble Tea Friend)” and it was in a new Post-It colour too! 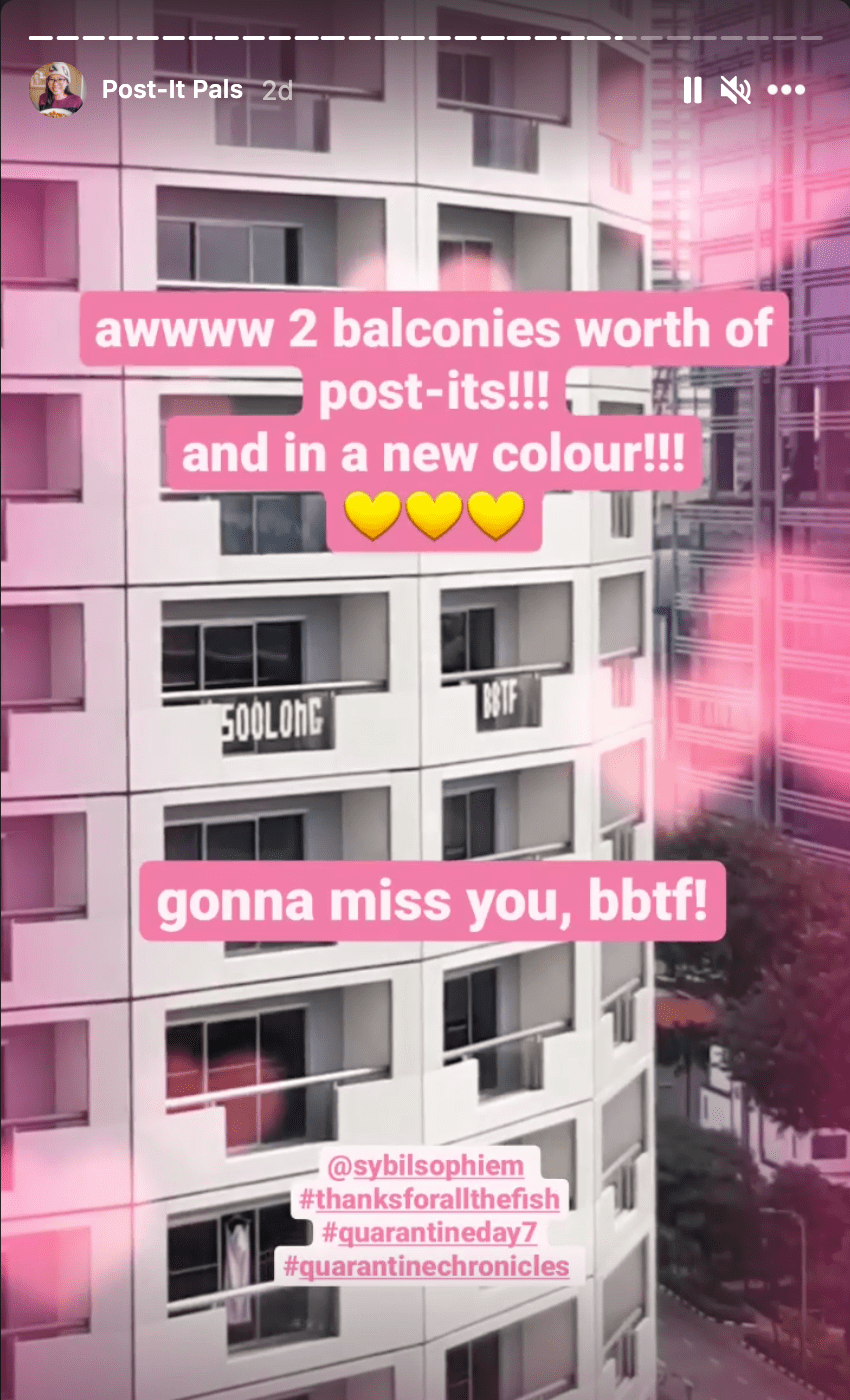 It was farewell for the Post-It buddies, but only for now.

Made plans to meet up after her SHN has ended

Lydia told MS News that they have made plans to meet up after she completes her SHN.

Asked how has it been like since Carmen had left, she said, “It’s been a bit boring now.”

I chat with her online now. But I definitely miss the initial excitement of getting a new reply every morning!

But, one guy seemed to have stepped in and responded to her using Post-It notes as well. Though she said she had only seen one post, and doesn’t feel very sure what to make of it for now.

Perhaps this is the start of another Post-It friendship? Only time will tell.

A heartwarming story of friendship in isolation

It’s heartwarming to see that even whilst isolating, Carmen and Lydia found an unlikely friendship.

We certainly hope this is just the start of a beautiful new bond between the pair.

They’ve shown us that while Covid-19 might have changed the way we interact with one another, it doesn’t mean life has to be any duller.

We wish both Carmen and Lydia the best.