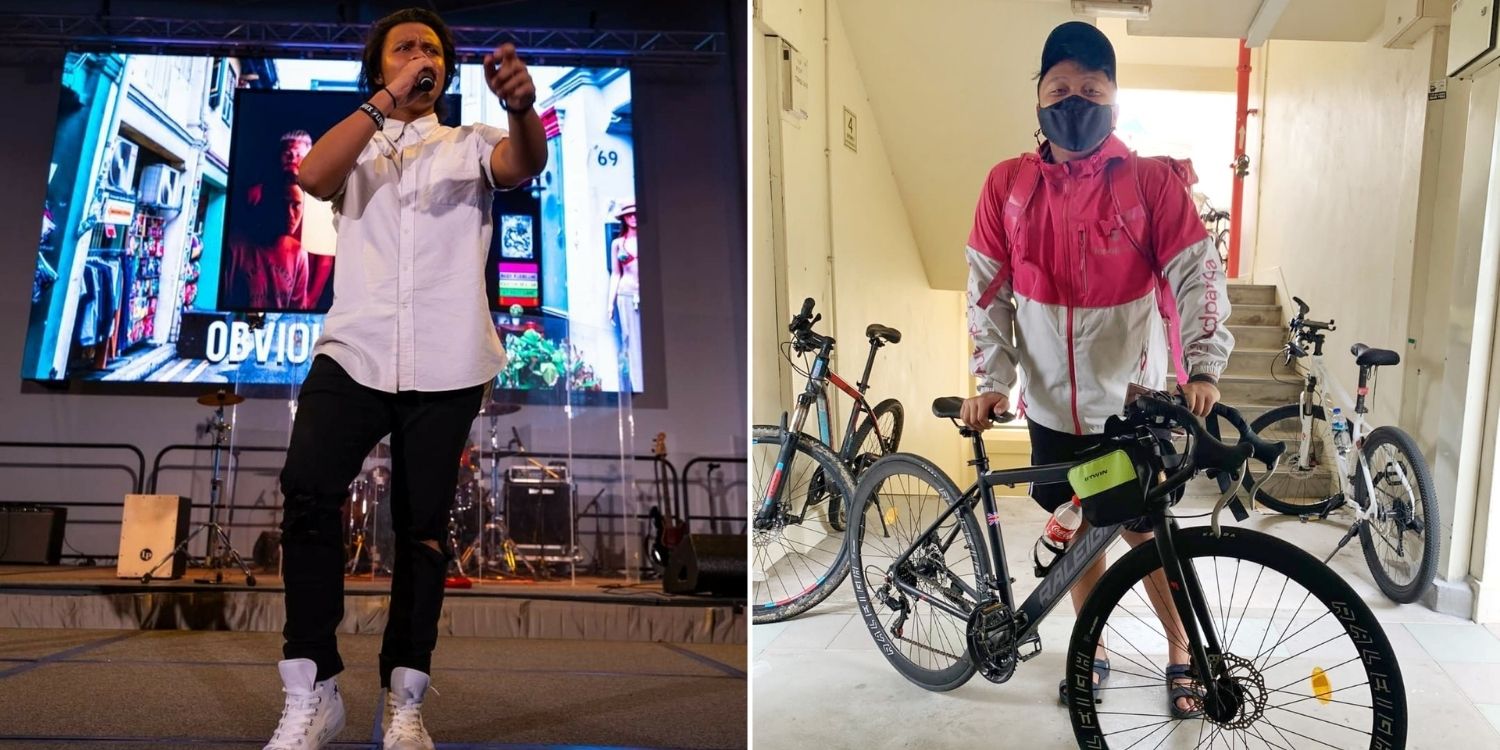 As a busker, putting their voices and music on show night after night is their way of making a living. Although they are only paid in tips and donations, the honest job makes the best out of the singer’s talents.

However, when Covid-19 ravaged the world in early 2020, most of society had to stay indoors to curb the spread of the virus.

That change fundamentally stole the livelihood of Azri Yusof, an aspiring singer-songwriter in Singapore. 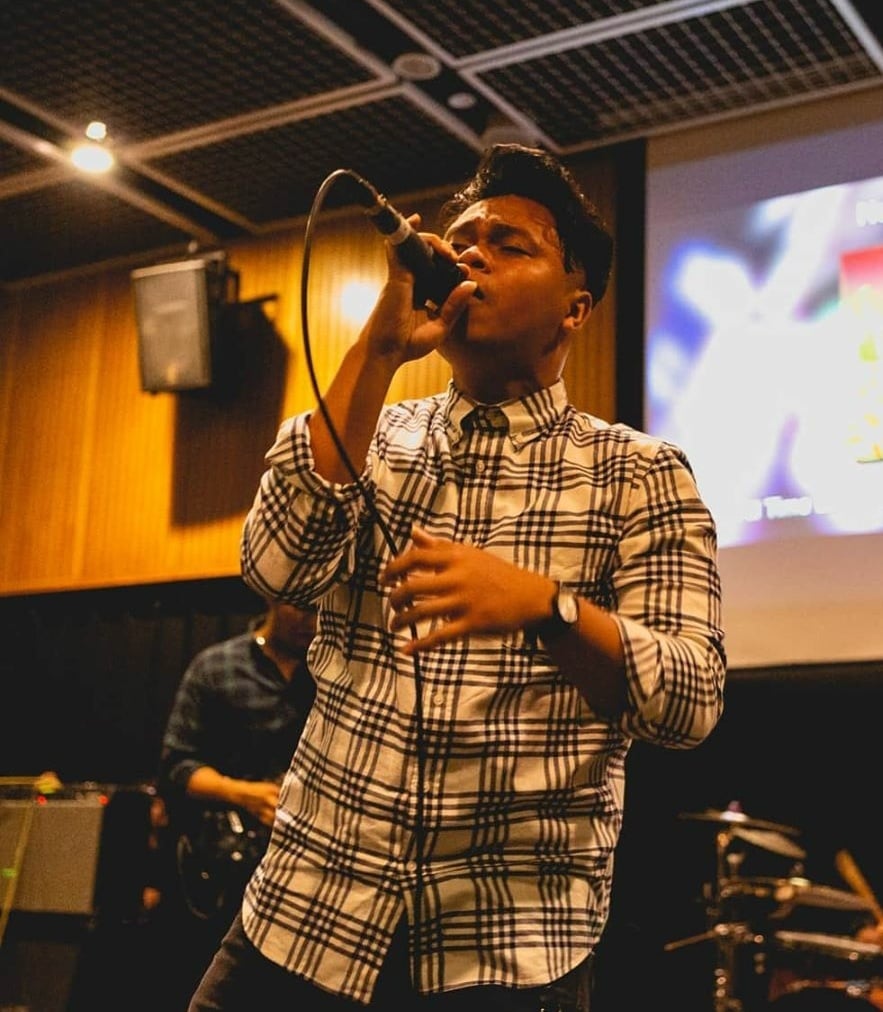 That’s when he turned to foodpanda and signed up to become a delivery rider.

Now, he controls his own future and is his own boss, juggling his passion for music while also earning enough as the sole breadwinner of his house.

Mr Azri, aged 24, used to busk 4 days out of the week before the pandemic descended upon Singapore, he told MS News. 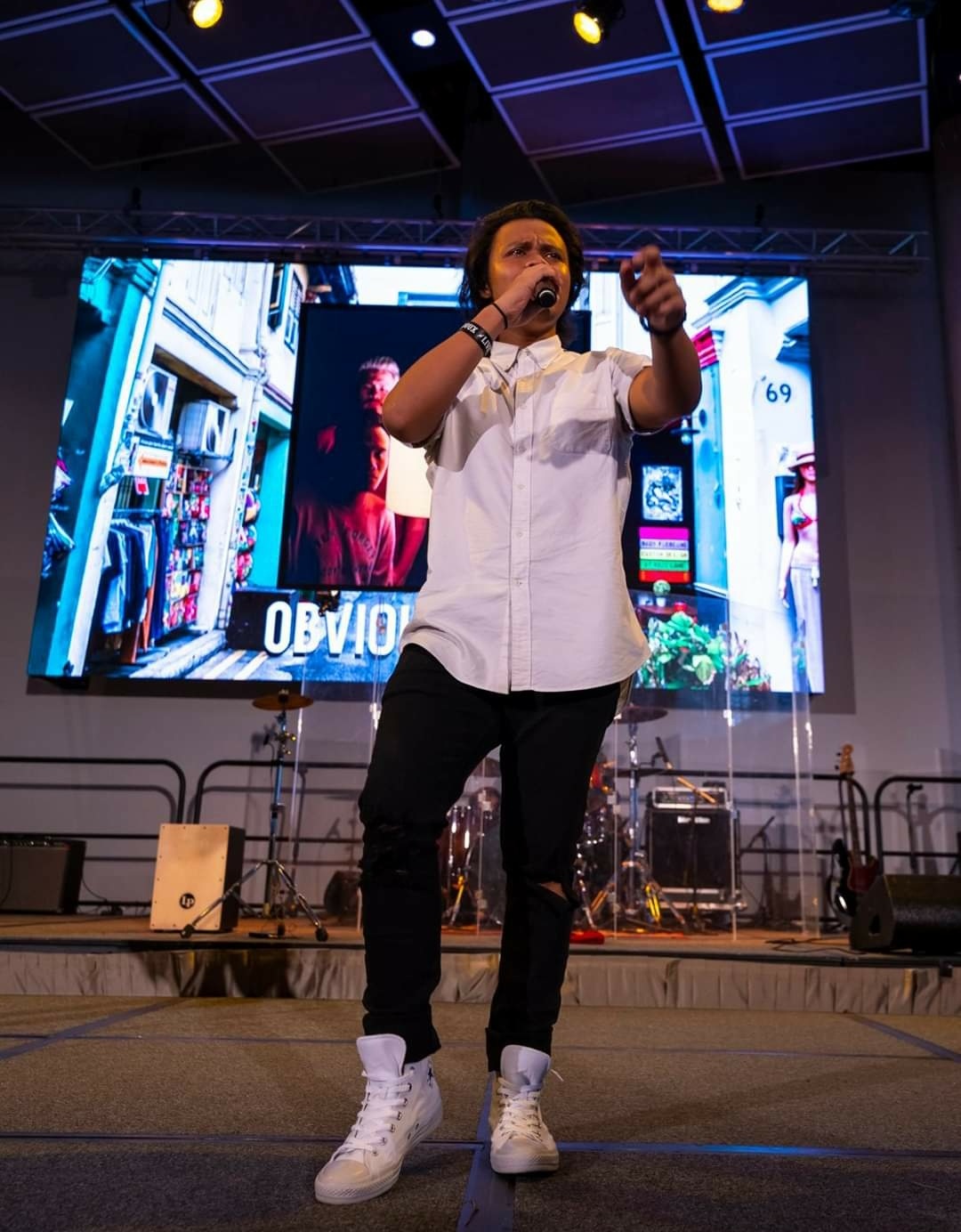 The busker would start his nights by singing at cafés in Haji Lane. After hours of renditions, he’d then head over to Clarke Quay to earn some spare change.

“I think Clarke Quay is more ghetto because I faced more people around my age, and they wouldn’t necessarily support me with money per se. There was once someone even gave me a bottle of Yakult because I played good,” he laughed.

Although he found amusement from documenting his nightly antics through his social media, Mr Azri preferred the stability from his café gigs.

“I actually work under the cafés, and the pay is constant. Tips are a bonus as well. Compared to the unpredictability of busking, I prefer knowing what to expect when I head out to perform.”

Chasing dreams doesn’t come without their trials and tribulations. Although passion can get you so far in life, lining your pockets with money remains a priority at the end of the day.

While Mr Azri managed to get by from busking full-time, Covid-19 stripped him of his livelihood. He soon found himself confined in his room without an immediate backup plan.

His weekly schedule would usually include studio visits and gigs, but as soon as that dried up, so did his motivation.

However, life has a way of giving a sobering reminder to those who need it the most. Azri has had a difficult upbringing. A single child to a widowed mother, he has to work doubly hard to support both of them even before the pandemic started.

His mother had also fallen ill ever since her significant other passed and has been going for daily dialysis sessions. He needed to find a job that could support his and his family’s needs and be flexible enough to accommodate his mother’s treatment schedule.

After a fateful night of ranting with a friend, Mr Azri’s friend suggested applying to become a foodpanda delivery rider.

“I was ranting to him, asking, ‘What is the world coming to? What am I becoming?’ After reading about the job on foodpanda, I can say that becoming a rider was once of the best decisions in my life.”

Mr Azri shared that aside from the health benefits that come from cycling for hours on end – he shared casually that he’s lost some weight – the downtime has reignited his passion for music. 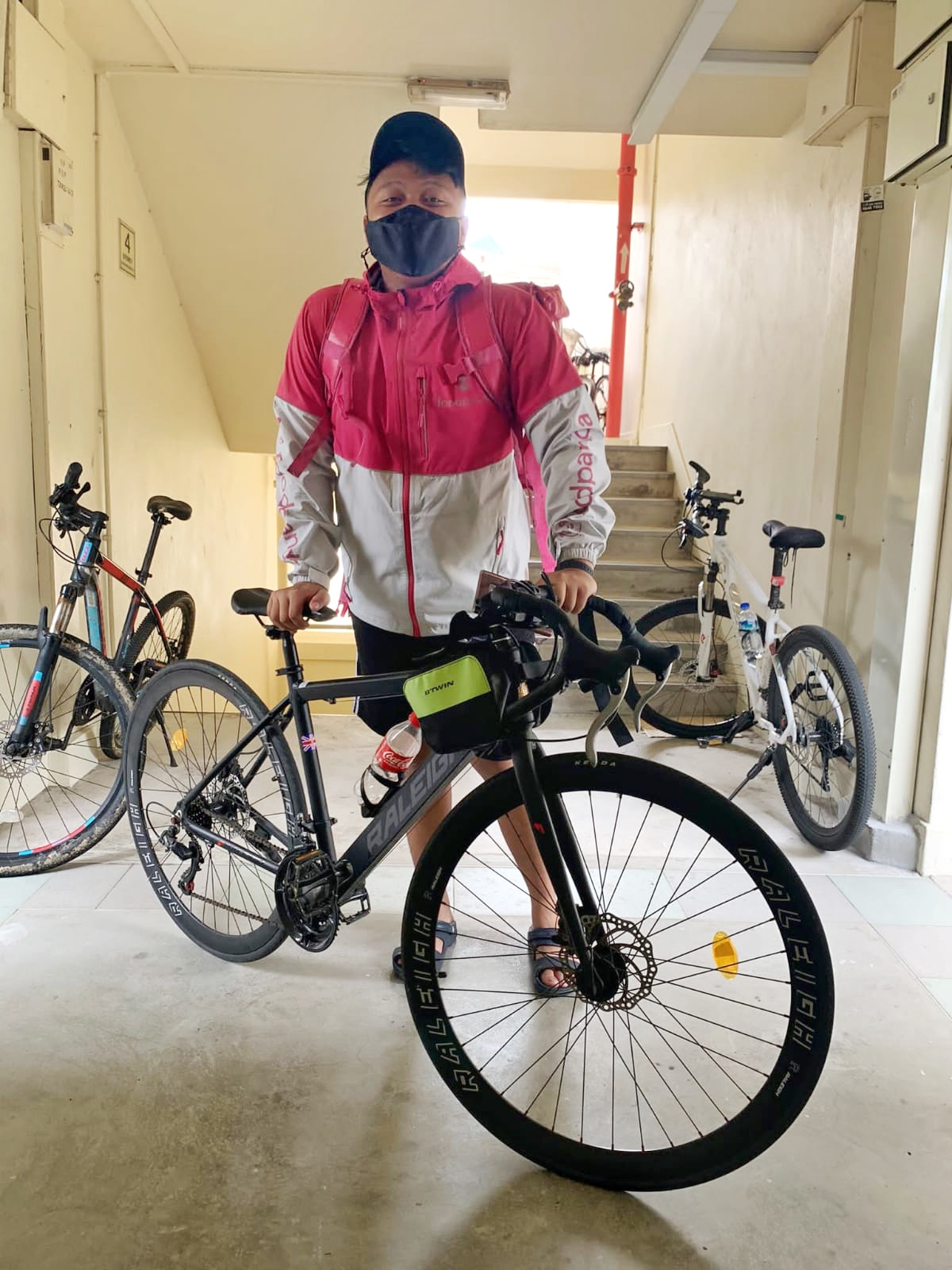 “The active lifestyle helped me think about music, and I spent more time thinking about writing and chord progression. I’ve made a lot of progress ever since becoming a food delivery rider.”

The change of pace was a welcome one, Azri shared.

Instead of long nights where he’d head home at 2 or 3 in the morning, now he’s essentially his own boss, and he sets his own rules. 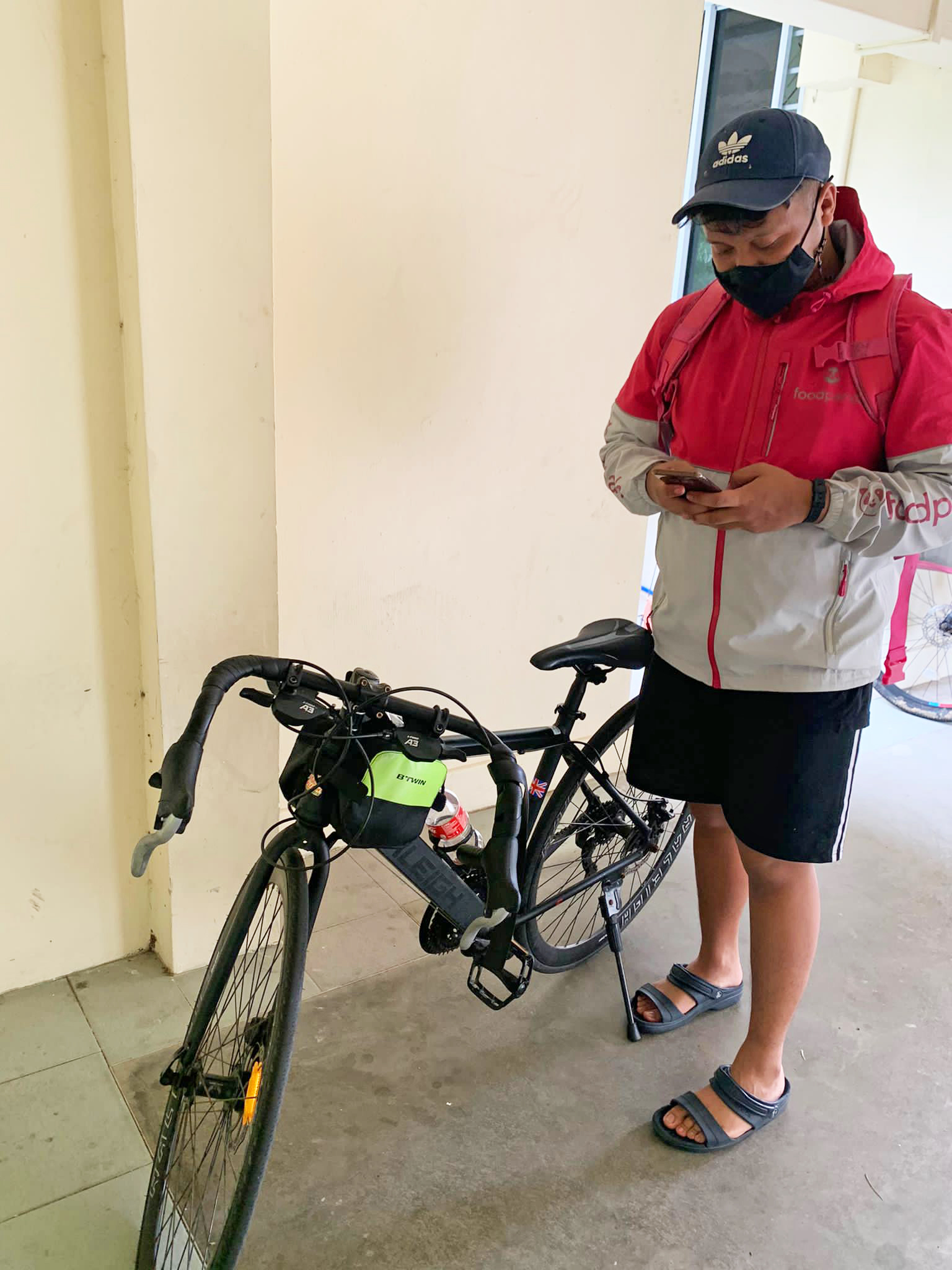 His stance towards café gigs has also changed since working with foodpanda.

Back then, he would earnestly wait for restrictions to get lifted so he could get gigs again, but now he’d think twice before accepting a singing job.

Mr Azri admits that he has become comfortable with his current lifestyle, and having served the Woodlands area since late last year, he’s had his fair share of anecdotes. 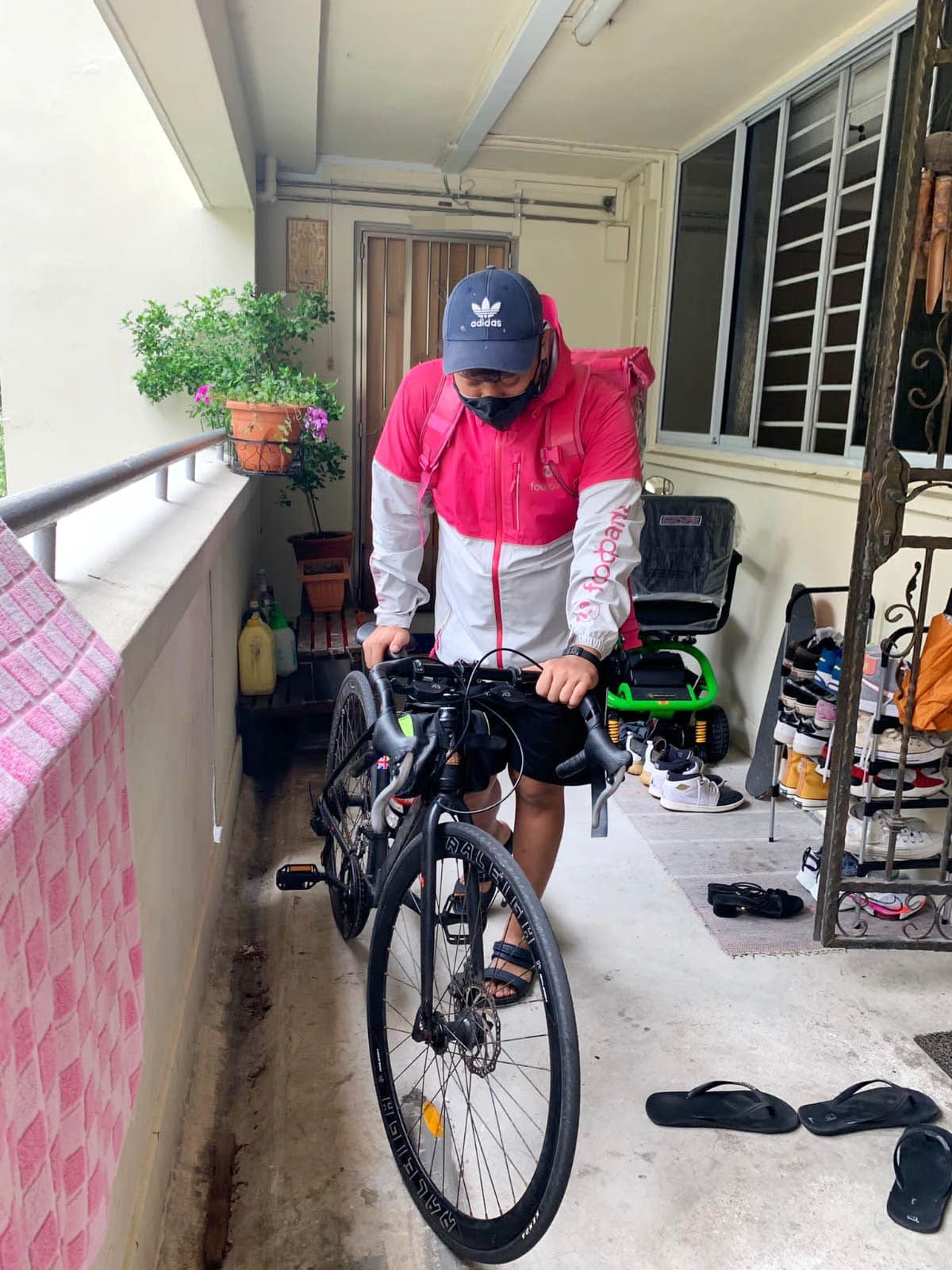 “Admittedly, there have been bad experiences, but I try my best to get orders from point A to B,” he said.

Not only have customers have been very understanding, someone even recognised him as a singer during one of his trips. “That was pretty nice,” he shared.

Give local artists your time

Although the pandemic has thrown a wrench in his plans, the Singaporean busker hasn’t given up music entirely.

In Aug 2021, he released his latest single, “Confessions”, and describes the song as one for the heartbroken.

Part of his earnings from delivery riding goes into his singer-songwriting career, including producing and releasing “Confessions”.

Mr Azri also says that he’s one of many artists who have had to put their dreams on hold during the pandemic.

Although the rhetoric of supporting local talents has been beaten around for years now, he feels that it doesn’t hurt for anyone to give them a chance.

“Times have changed for the better. The standard of music is so much higher now, and trust me, I’ve heard the stuff that’s coming out from my peers, and it’s very good,” he said.

He only asks everyone to “listen to our music with an open mind, and all we ask for is your time, not money.”

There’s more to food delivery riders than meets the eye

The pandemic has grounded many lofty ambitions, with the reality of the situation popping many bubbles that we lived in.

However, not every dream needs to be abandoned, and Mr Azri is proof of that. Although his journey has taken a detour, the destination remains the same.

Taking care of his family while juggling his ambitions is no mean task, but the impossible became impossible with foodpanda’s flexible working arrangements.

So next time you have your meals delivered, spare some time speaking with the food delivery rider. They may have an inspiring story behind their bright uniforms. 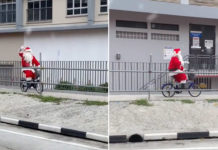