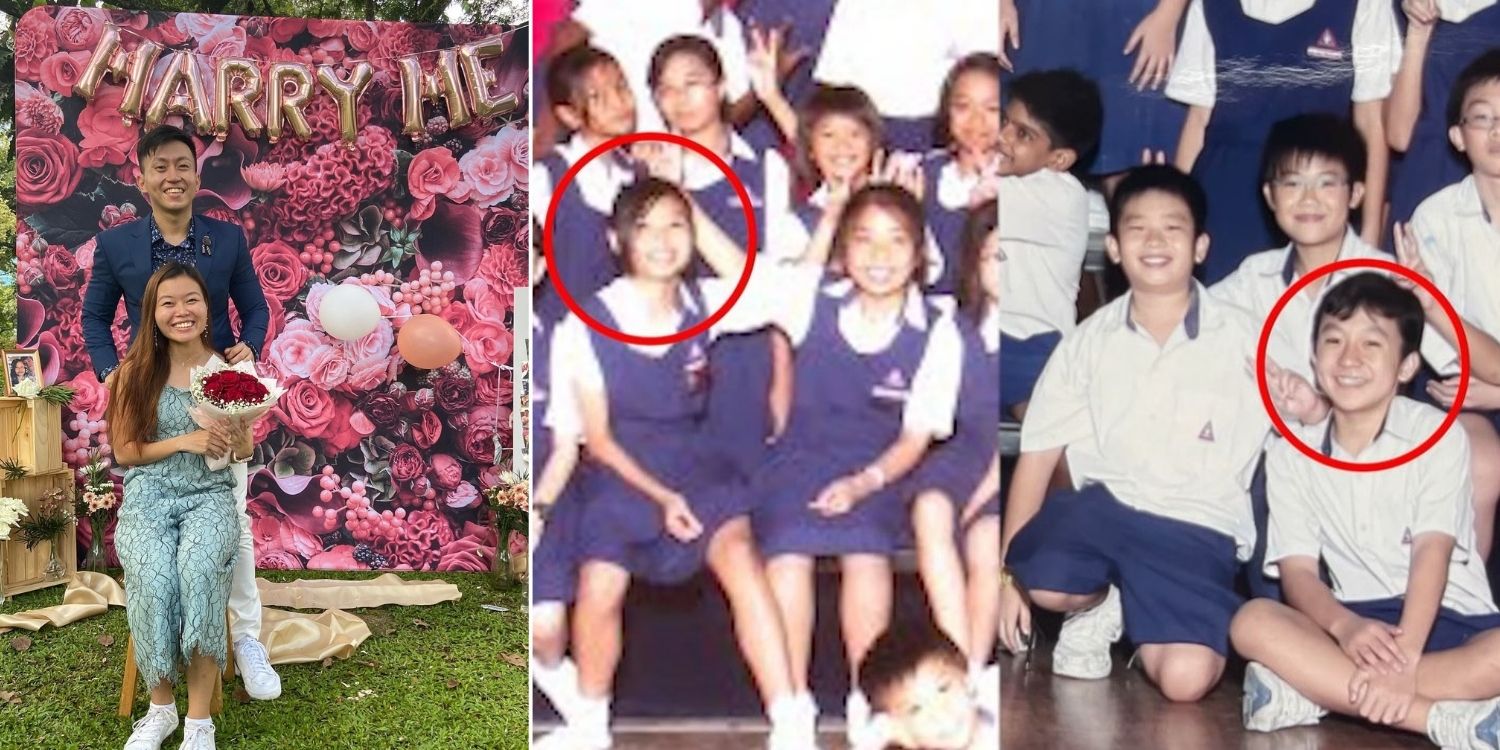 There’s a lot of cynicism in this world, so sometimes it’s nice to know that true love does exist, and may be found in the most unlikely places.

Here’s an adorable love story of a Singapore couple who met in the most unusual of circumstances in their tender years – and ended up engaged. 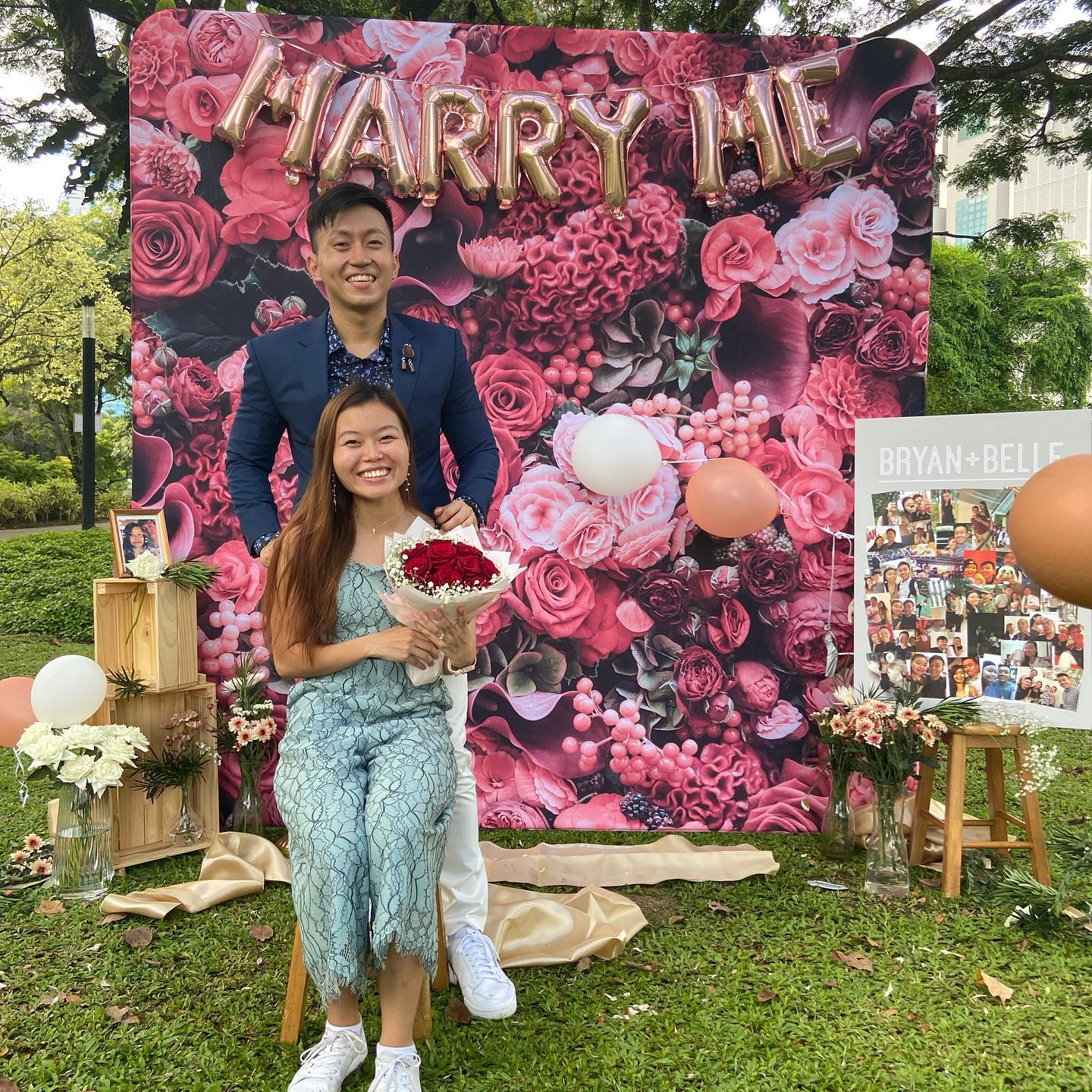 Mr Bryan Lee told his love story via a proposal video on uploaded on YouTube, appropriately set to the strains of Taylor Swift’s “Love Story”.

According to him, he met his bride-to-be when they were both in Townsville Primary School.

He was in Primary 5, and she was just a Primary 3 student. 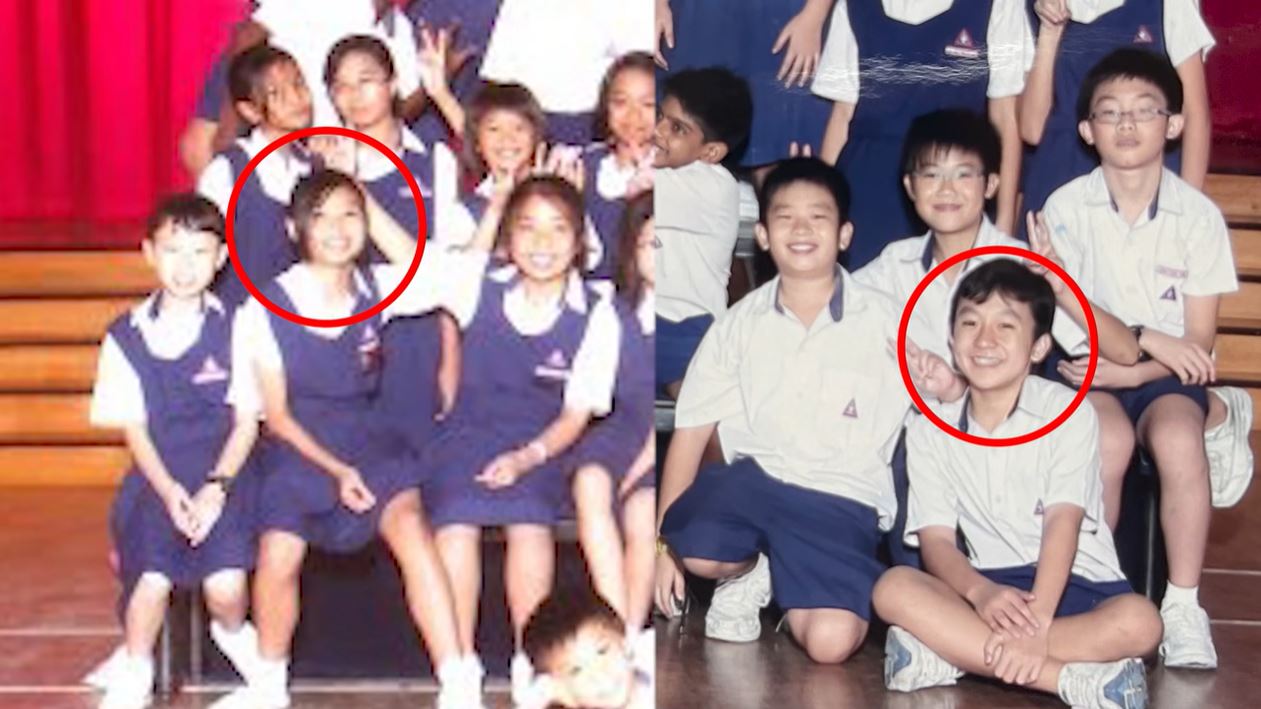 And it was in fact she who approached him 1st – not to date, but to race with her.

Apparently, she was preparing for sports day.

It wasn’t revealed who won the race on their very 1st encounter.

He couldn’t get his mind off her

After that, Mr Lee said he couldn’t get his mind off her, and tried to get to know her. 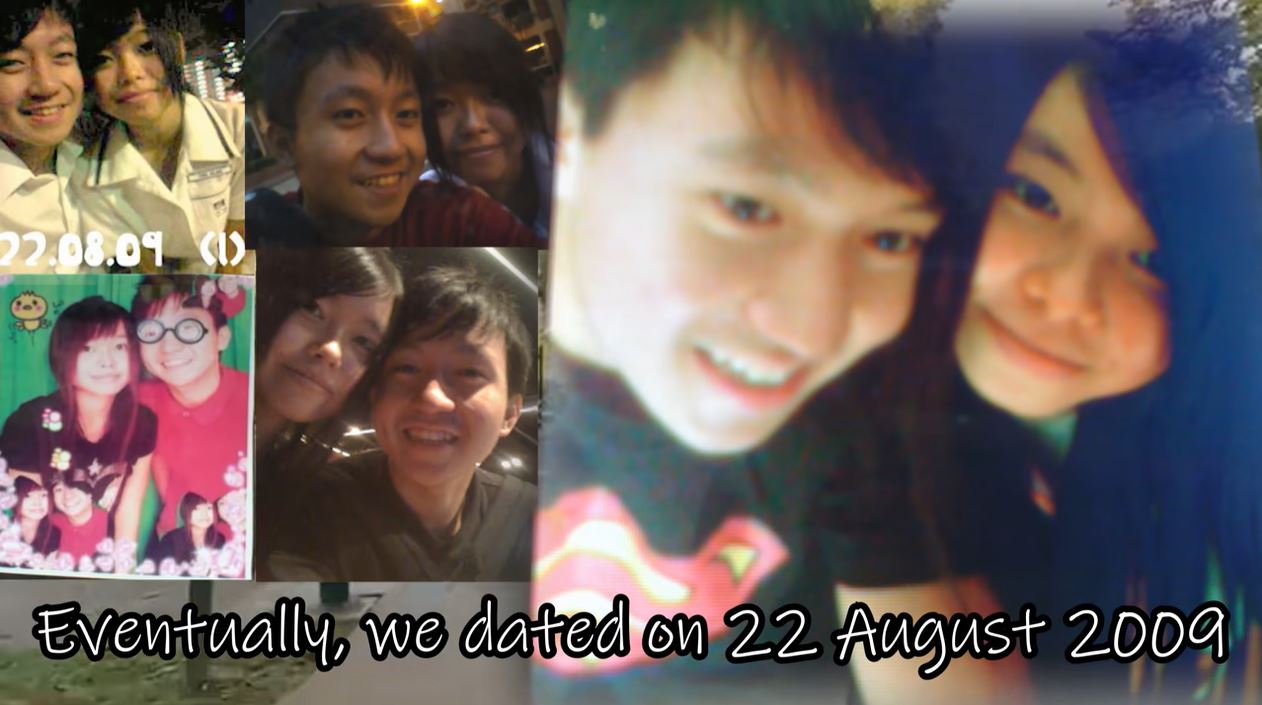 Now, that’s persistence for you.

They dated for 12 years

They ended up being more persistent still.

Most people would thus think that it’s time to take the next step, and Mr Lee had a similar idea.

Thus, he decided to propose on 1 Jul.

The venue would be Hort Park.

Painstaking set-up for the occasion

From the video he posted, Mr Lee and his friends put together quite a set-up for the occasion. 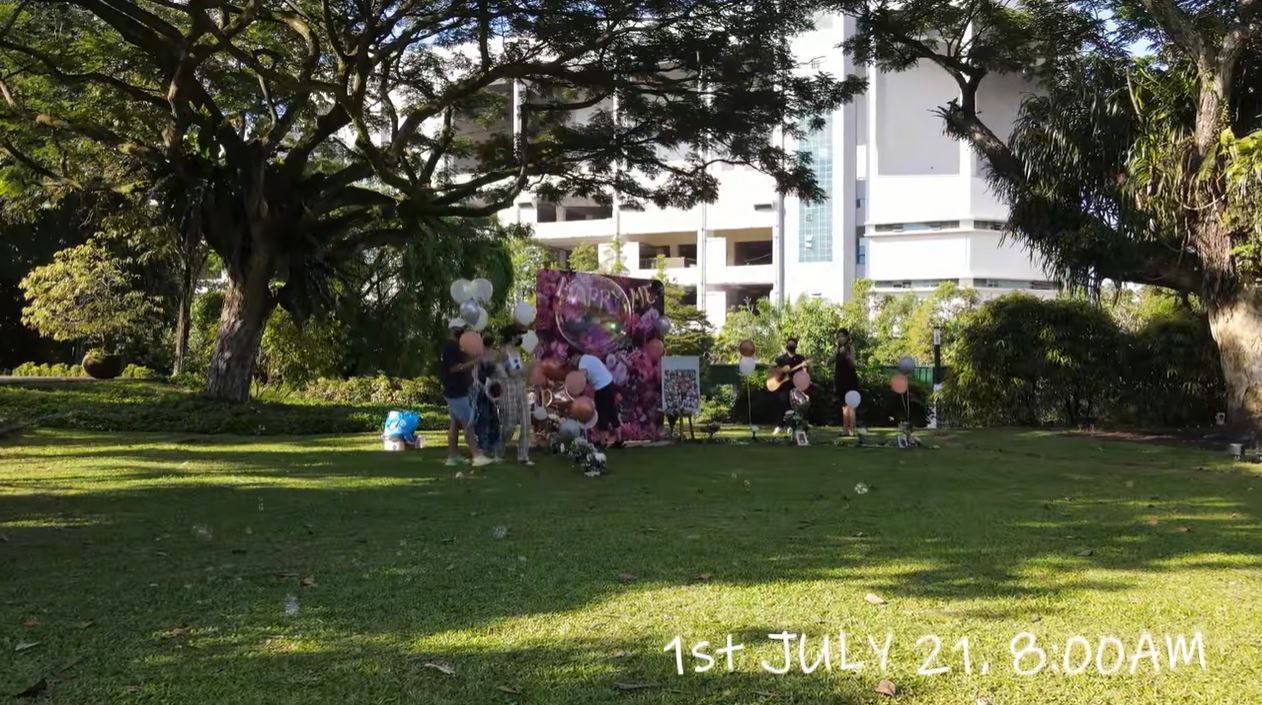 Not only was there a backdrop of pink roses, flowers, balloons and lovey-dovey photos, he also got 2 musicians to get his girl in the mood. 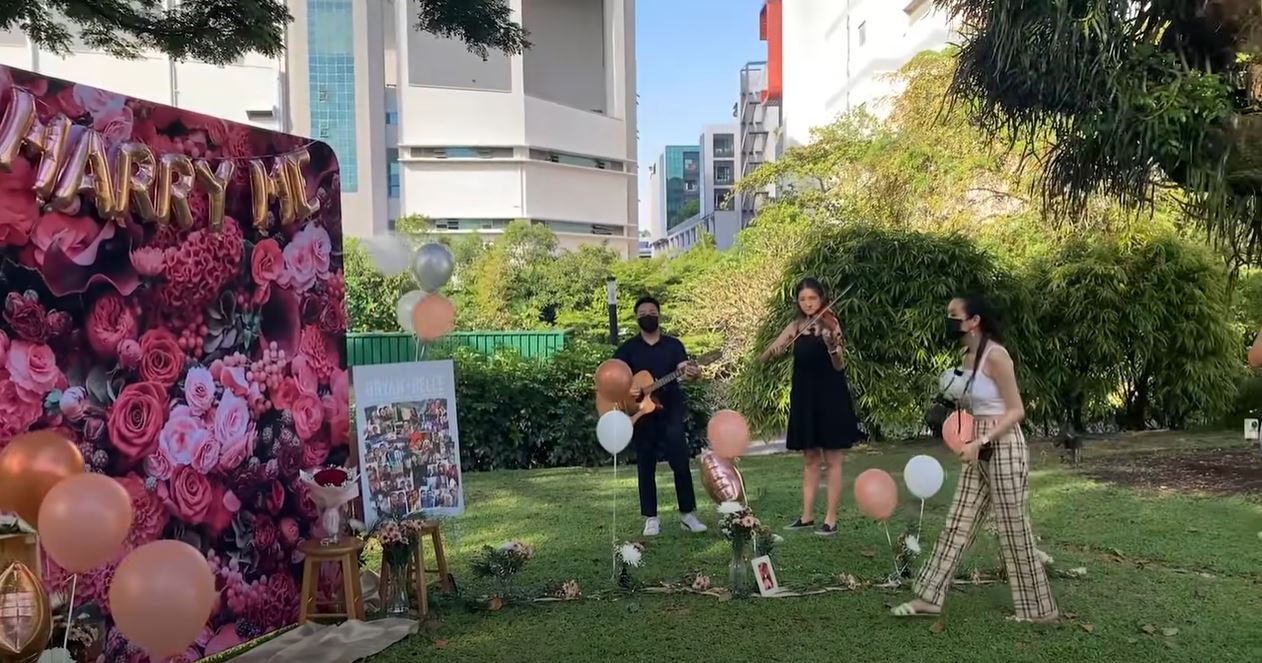 There were even bubbles in the grass. 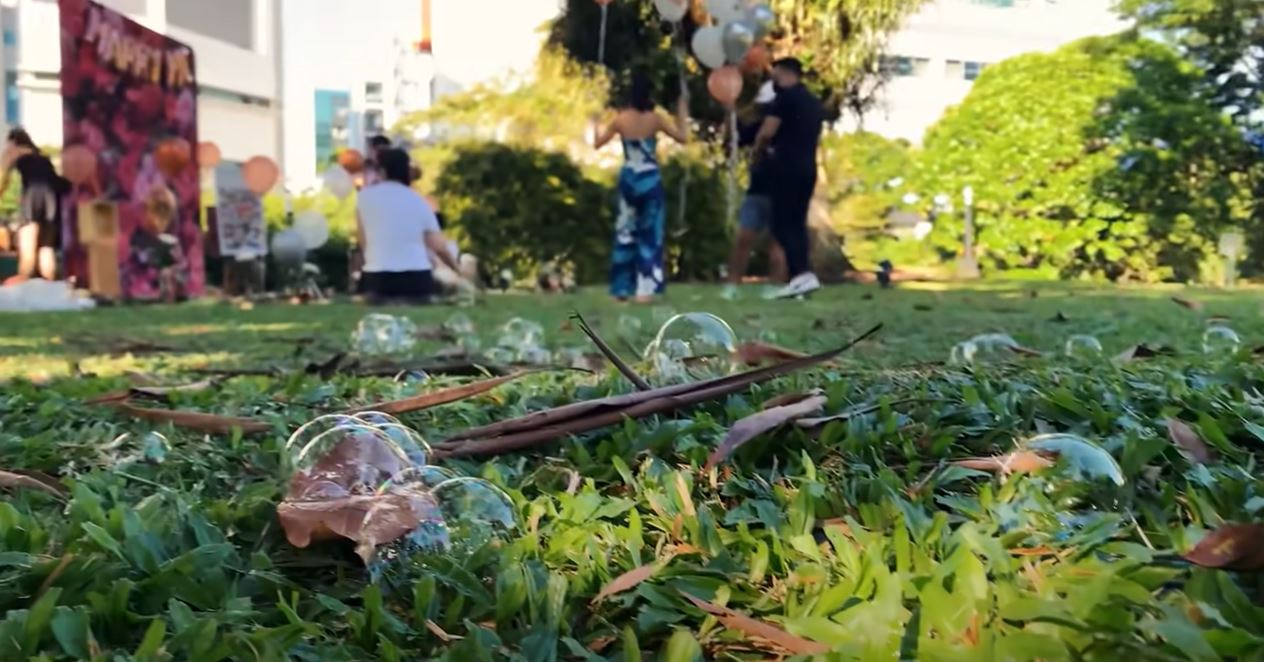 Mr Lee got a friend to bring his girlfriend out for breakfast, and then got her to play games when she arrived at Hort Park, supposedly for her birthday.

The sporting lady had to search for items that were meaningful to the couple. Of course, it culminated in Mr Lee bringing her to the open field, to her bafflement. 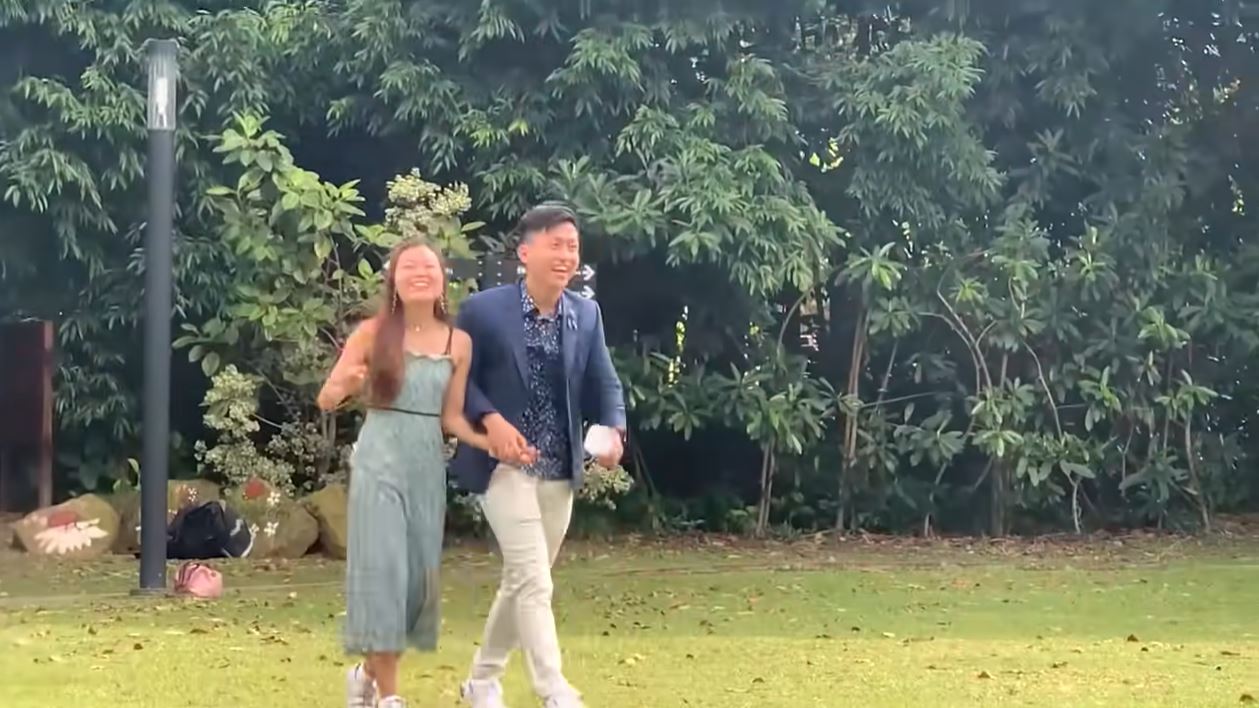 He then bent down on one knee to propose to her, in front of their loved ones. 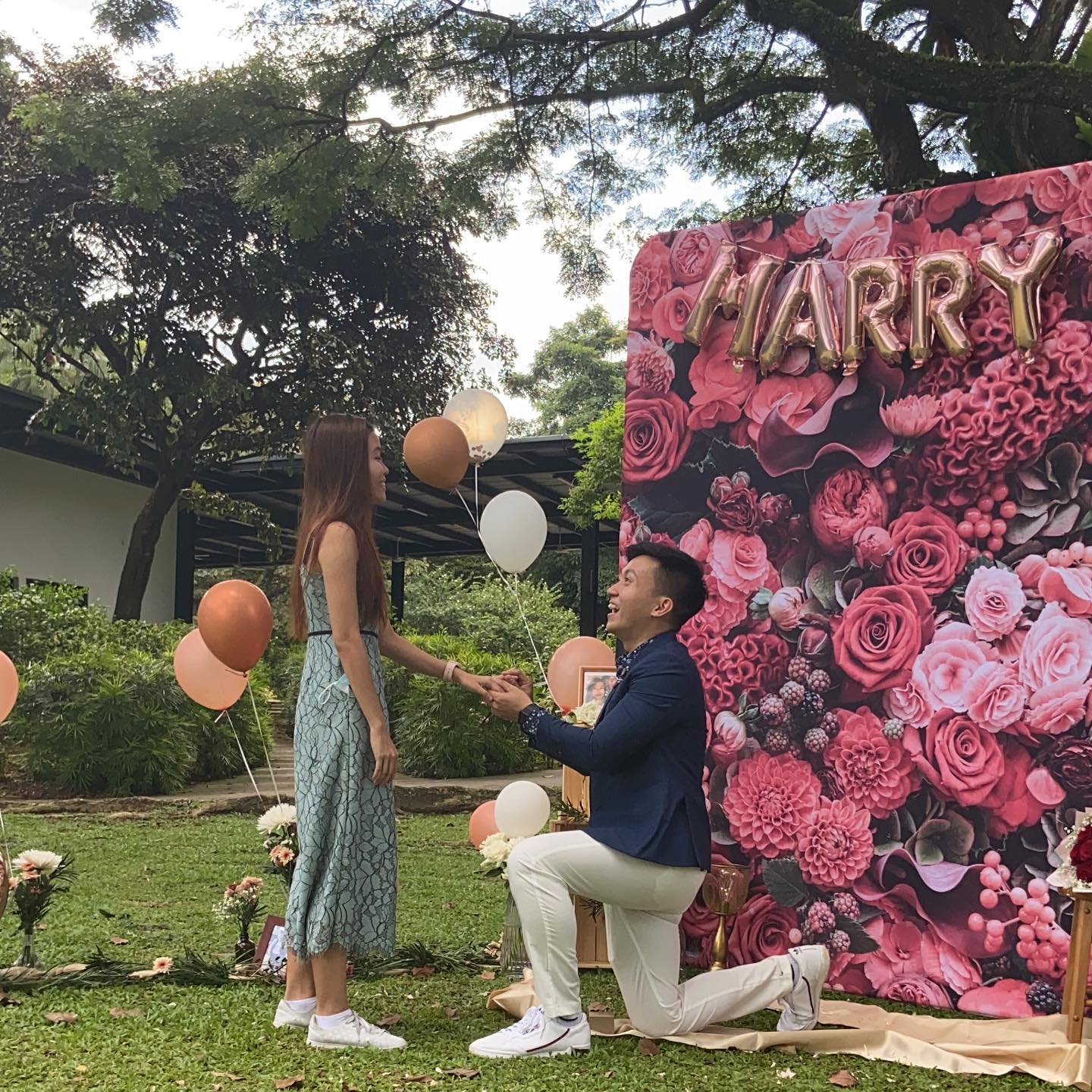 Though he admitted that he was nervous while waiting for her answer, she obviously said yes.

With such a heartfelt proposal, how could she not?

Wishing them many beautiful years ahead

After 12 years of dating, Mr Lee organised the perfect proposal indeed to win over his bride.

He hopes the couple will have more “22 Augusts” – which, coincidentally, is today.

We wish the happy newlyweds-to-be many beautiful years ahead.

Guess romance isn’t dead after all.