S’pore Not In Debt After Spending $59.9b On Covid-19 Support, Thanks To Reserves That Not All Nations Have In fact, our real wealth will increase, he says.

Singapore has released an unprecedented 3 Budgets this year in just a matter of weeks, thanks to the Covid-19 pandemic and the measures necessary to help Singaporeans deal with the fallout.

In order to fund the support measures announced in the Unity Budget in February, the Resilience Budget in March and the most recent Solidarity Budget on Monday (6 Apr), the Government would have to fork out S$59.9 billion.

However, it seems that despite spending more money than most people can even dream about in their lifetime, Singapore isn’t in debt a lot of that money comes from our reserves.

This was pointed out by a Singaporean economics expert. 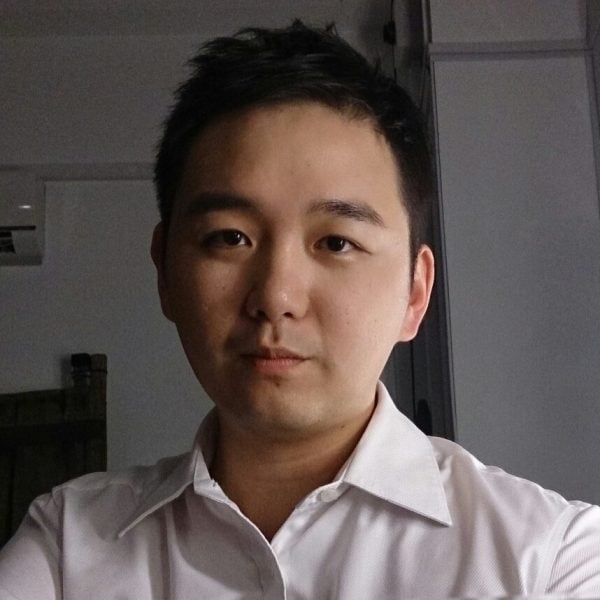 Singapore is drawing from our reserves

In a Facebook post on Monday (6 Apr) night, Mr Goh Ching Soon, who according to his LinkedIn bio studied economics at the Singapore Management University, marveled at an aspect of Singapore’s governance that isn’t usually well-appreciated — the fact that the nation actually has reserves to draw from in times of need, i.e. now. 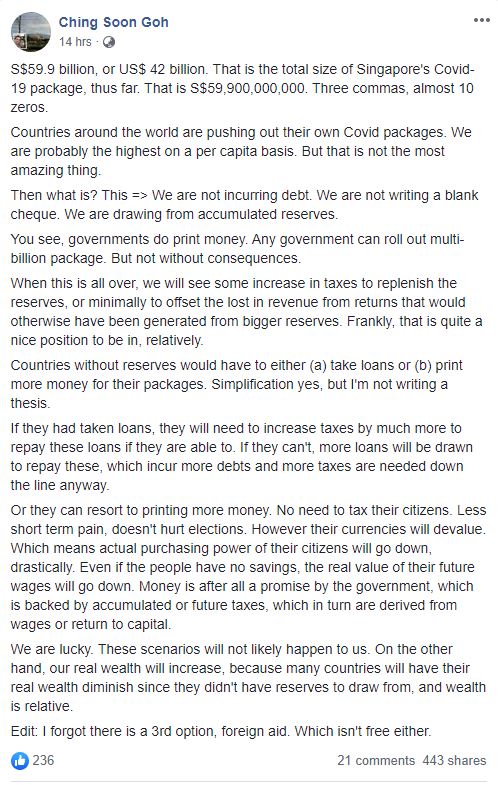 While many countries, like us, are rolling out Covid-19 support packages too — the United States has passed a US$2 trillion (S$2.86 trillion) relief Bill — many countries unlike us were already heavily in debt before the virus reached their shores and do not have billions stocked up in reserves.

Why reserves are so important

In his post, Mr Goh breaks down why having reserves is so important for a country in times of need.

Quite simply, countries without reserves would have to either borrow money, print more money, or rely on foreign aid.

While borrowing money would solve an immediate need, these loans need to be repaid.

And who is going to repay the loans? Taxpayers, of course.

If increasing taxes can’t pay off the loan, more money will have to be borrowed to pay it off, which obviously isn’t a good solution as those loans will need to be repaid as well, and it will still fall on the taxpayer.

The lack of government debt is one reason why Singapore’s taxes are relatively lower than that of many countries in the West. Printing money will devalue the currency

While printing money sounds like a good solution — who doesn’t want to be able to literally create their own money? — there are drawbacks to that as well.

As Mr Goh said, printing money devalues a nation’s currency, and worsens the purchasing power of its citizens.

This means that citizens’ money saved in the bank will be lower in value, as well as their future wages — basically, they won’t be able to buy as much with their money, and that translates to goods and services costing more and more, and a prohibitively high cost of living.

Other things that will happen due to lower purchasing power include higher interest rates that affect the global market, leading to falling credit ratings. These may plunge the country into an economic crisis. As for relying on foreign aid, it “isn’t free either”, Mr Goh said.

After all, if it’s in the form of a loan, similar problems will be encountered when it must be paid back.

If it doesn’t need to be paid back in cash, it will probably have to be paid back in kind — diplomatically, if another country does yours a favour, you may expect to receive a future request from that country for a favour in return, and you might not be able to afford to do it.

Reserves will need to be topped up again

While Mr Goh says we’re lucky that Singapore has ample reserves for a rainy day and will not be forced into any of the above options, we will have to replenish the reserves one day, when the threat of Covid-19 has finally passed.

After all, the Resilience Budget will dip into S$17 billion of our reserves, and the Solidarity Budget will consume S$4 billion more.

Thus, Mr Goh predicts that there will be an increase in taxes to top up the reserves, or to make up for the fact that we would have lost some revenue that would have been gained from having more in the reserves.

However, he said that that would still be a “nice” position to be in. 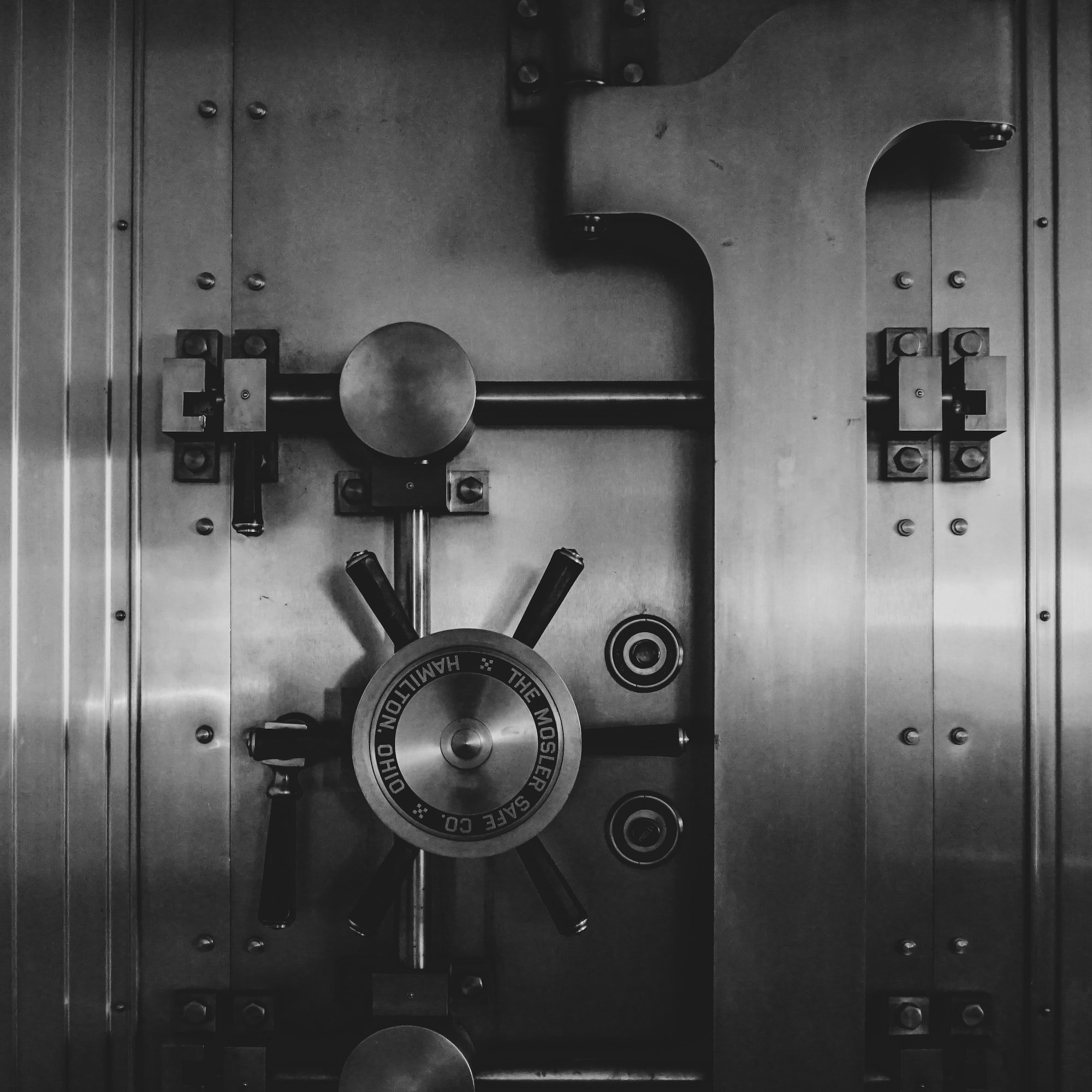 Foresight to tide us through tough times

It’s comforting to know that thanks to the foresight of the Government, Singapore has reserves to tide us over during tough times like these.

So we shouldn’t let all this effort and planning go to waste — if we don’t break the circuit now, the outbreak might be so bad that no amount of reserves will be able to save us from ruin.