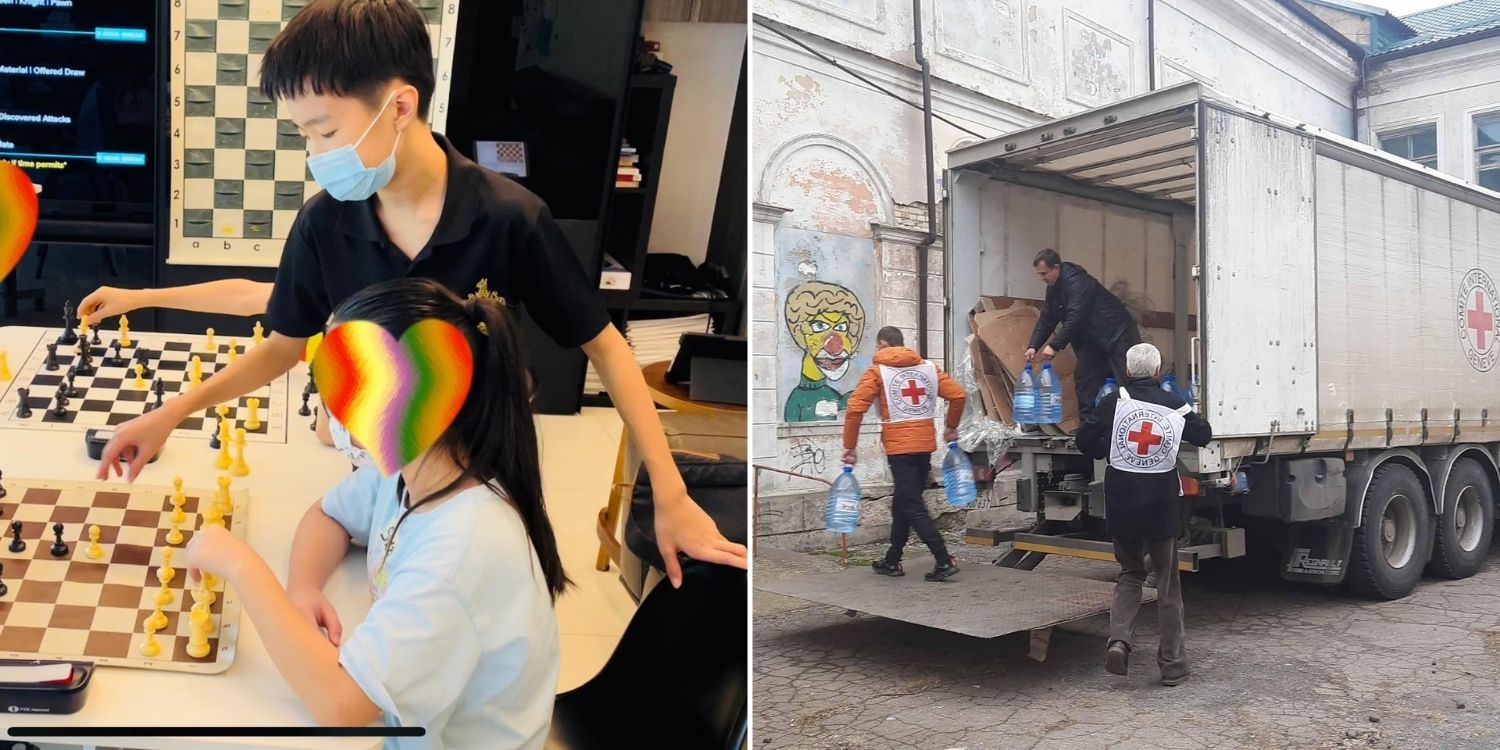 He exceeded his goal of $6K, having raised over $8K so far.

As we approach the 4th week of Russia’s invasion of Ukraine, countries over the world show their support for Ukraine.

This time, a 13-year-old Singaporean chess player decided to help Ukrainians in need in his special way. He raised funds for the Singapore Red Cross (SRC) response in Ukraine by conducting chess lessons. According to the petition, Goh Zi Han ran face-to-face international chess lessons for Part 1 of the campaign. He conducted 2 lessons, each lasting 2.5 hours, on 17 Mar, during the March school holidays.

The money raised from these lessons will be used for the SRC response in Ukraine.

For Part 2 of the campaign, Zi Han will raise money by playing a single round of online simulated chess on 3 Apr. It will feature 20 players against Zi Han.

These matches can be accessed via the QR Code on the petition’s website.

His coach was a Ukrainian Chess Grandmaster

Zi Han shared in the petition that he was coached by Ukrainian Chess Grandmaster, Yuri Vovk.

Meanwhile, Zi Han himself is also well-accomplished as he is an International Chess Candidate Master.

According to The Straits Times (ST), he was the youngest player to qualify for the Singapore National Men’s Championship 2020. He also earned the title of Best Young Player at the Malta Open 2018.

Before the Covid-19 pandemic, he played chess internationally against players from all over the world, including Ukraine.

Therefore, he stressed that he wants to contribute to Ukraine through chess.

Donations from chess lessons will provide immediate aid to Ukraine

The donations raised by the campaign will be used to provide immediate aid for  Ukrainians in need.

This includes basic needs like shelter, food, water, and psychosocial support for unaccompanied minors, women with children, the elderly & people with disabilities.

Benjamin William, CEO and Secretary General of SRC, said the war in Ukraine created many refugees that struggle to survive after being displaced from homes.

Therefore, they aim to provide for their humanitarian needs on the ground.

An innovative way to support Ukraine

It is heartwarming to see Singaporeans supporting Ukraine in any way they can.

Such stories remind us that humanity transcends national boundaries. Regardless of which country one is from, we should always help others in need.

Those who wish to support Zi Han’s campaign can find out more here.