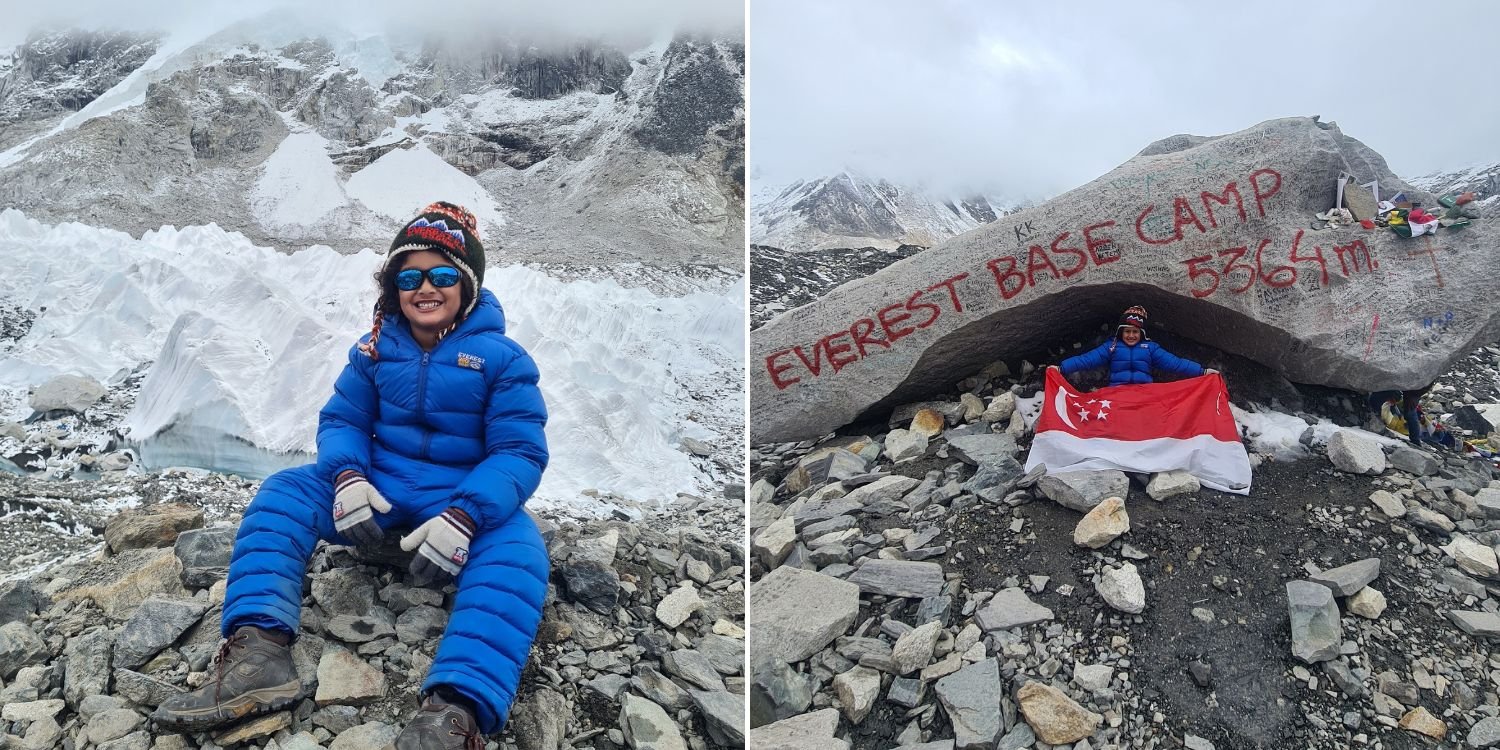 The journey of 65km involved an altitude gain of about 2,500m.

6-Year-Old Singaporean Boy Treks To Mount Everest Base Camp, Makes It To Singapore Book Of Records

At the age of six, most of us were reading comic books, playing video games and preparing for primary school.

Perhaps some were still being pushed in strollers.

One Singaporean boy, however, recently trekked to the base camp of Mount Everest, the world’s tallest mountain, at that same age. 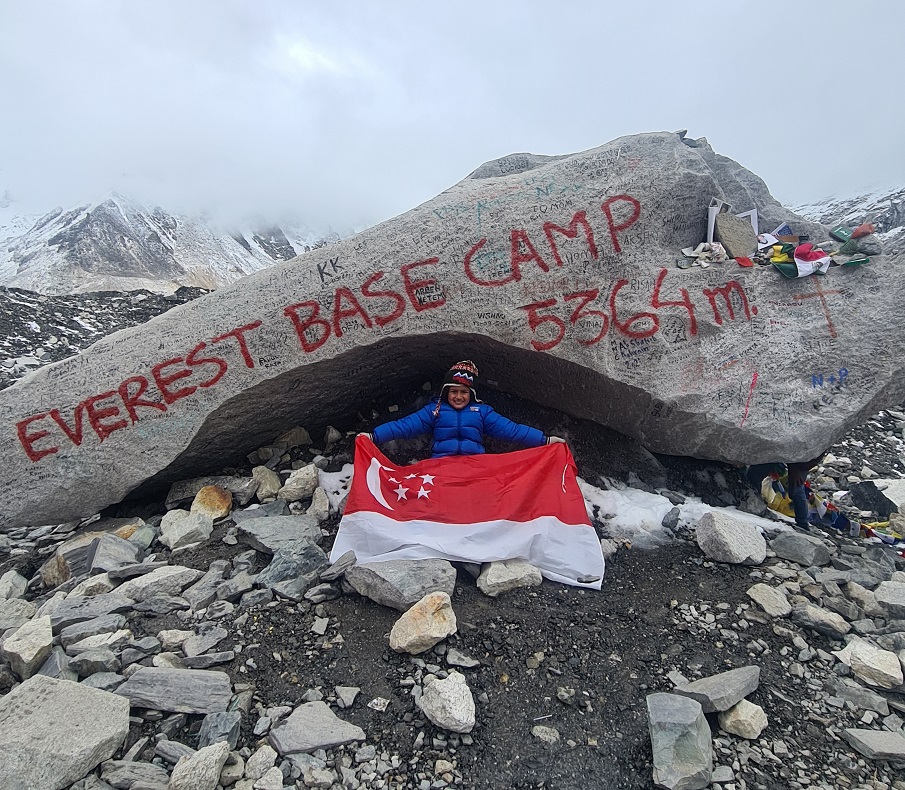 In the process, he became the youngest Singaporean to get that far.

Om Madan Garg, a six-year-old K2 pupil at Canossaville Preschool, was exposed to the outside world from a young age, his proud father Mayur told MS News.

His parents — who run travel-related YouTube channel The Brave Tourist — have envisioned their son to be physically healthy, well-rounded, independent and compassionate. Thus, despite his tender age, Om decided to embark on the “ultimate challenge”.

Together with his parents, a qualified guide and 2 porters, Om would trek to Mount Everest Base Camp. To the uninitiated, the hike is by no means easy and would be tough for many adults, let alone a child.

The long journey includes flying from Kathmandu, the capital of Nepal, to a mountain village called Lukla (elevation 2,860m).

Trekkers then must climb to the Sherpa capital of Namche Bazaar, with an elevation of 3,440m. 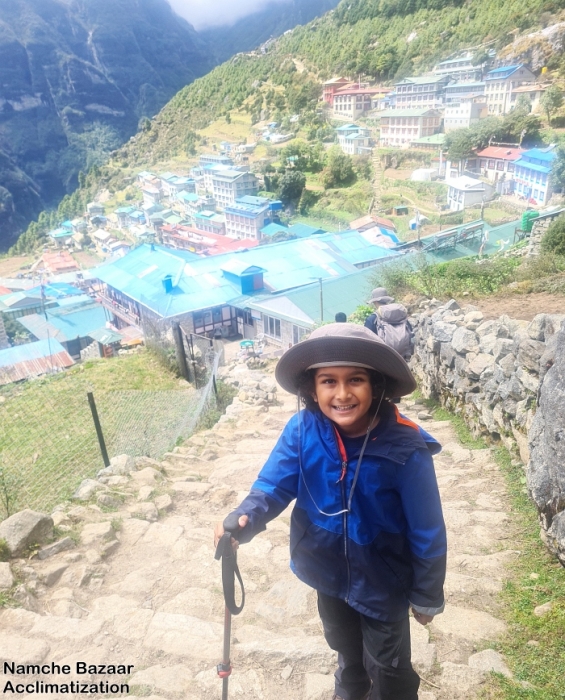 From there, they’ll need to trek to Dingboche — which has an elevation of 4,260m — and finally to Everest Base Camp via Gorakshep (5,545m).

That means trekkers would have to walk about 65km and bear an altitude gain of about 2,500m.

Om and his team arrived at Lukla on 28 Sep.

They reached Everest Base Camp on 7 Oct after an arduous 10-day journey.

Besides the distance and altitude gain, Om had to contend with a lack of creature comforts, as well as hot days and cold nights, his father said.

Thus, the fact that the boy managed well and completed the trek successfully is no small achievement indeed, and worthy of praise. 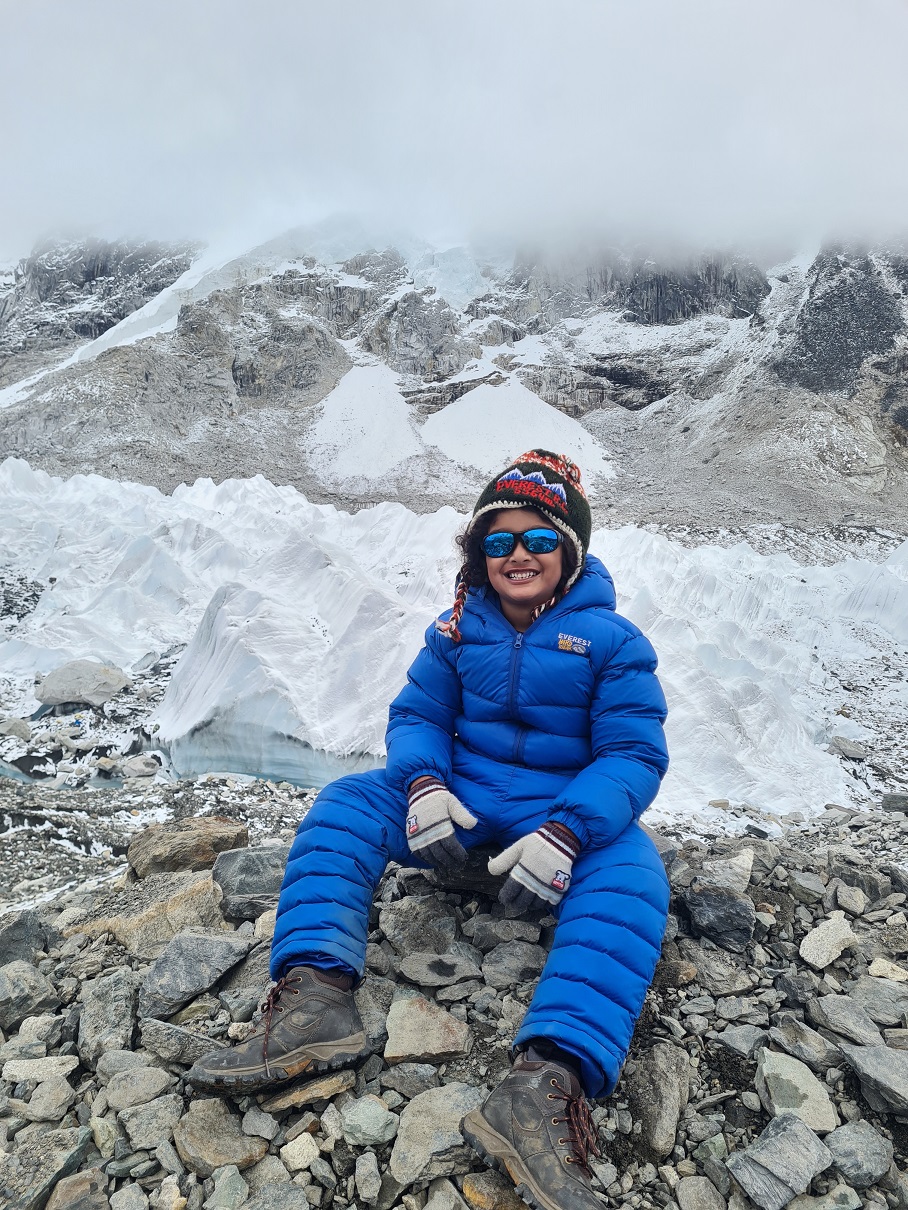 His journey was documented on video and is being uploaded to The Brave Tourist. Parts 1 and 2 are already up.

Adding to the satisfaction of completing the challenge, Om’s feat was also recognised by the Singapore Book Of Records.

At the age of 6 years and 6 months, he’s now officially the youngest Singaporean to reach Everest Base Camp. The previous person who held the title was a Singaporean boy aged 8 years and 11 months who made it to Everest Base Camp in 2019.

Kudos to him for the achievement

Kudos to Om for his well-deserved accolade and hard-won achievement.

Braving Mount Everest at that age takes considerable determination, and is something even adults can be inspired by.

Besides enjoying the plaudits, trekking to Everest Base Camp with his parents would be also an experience he’ll never forget.