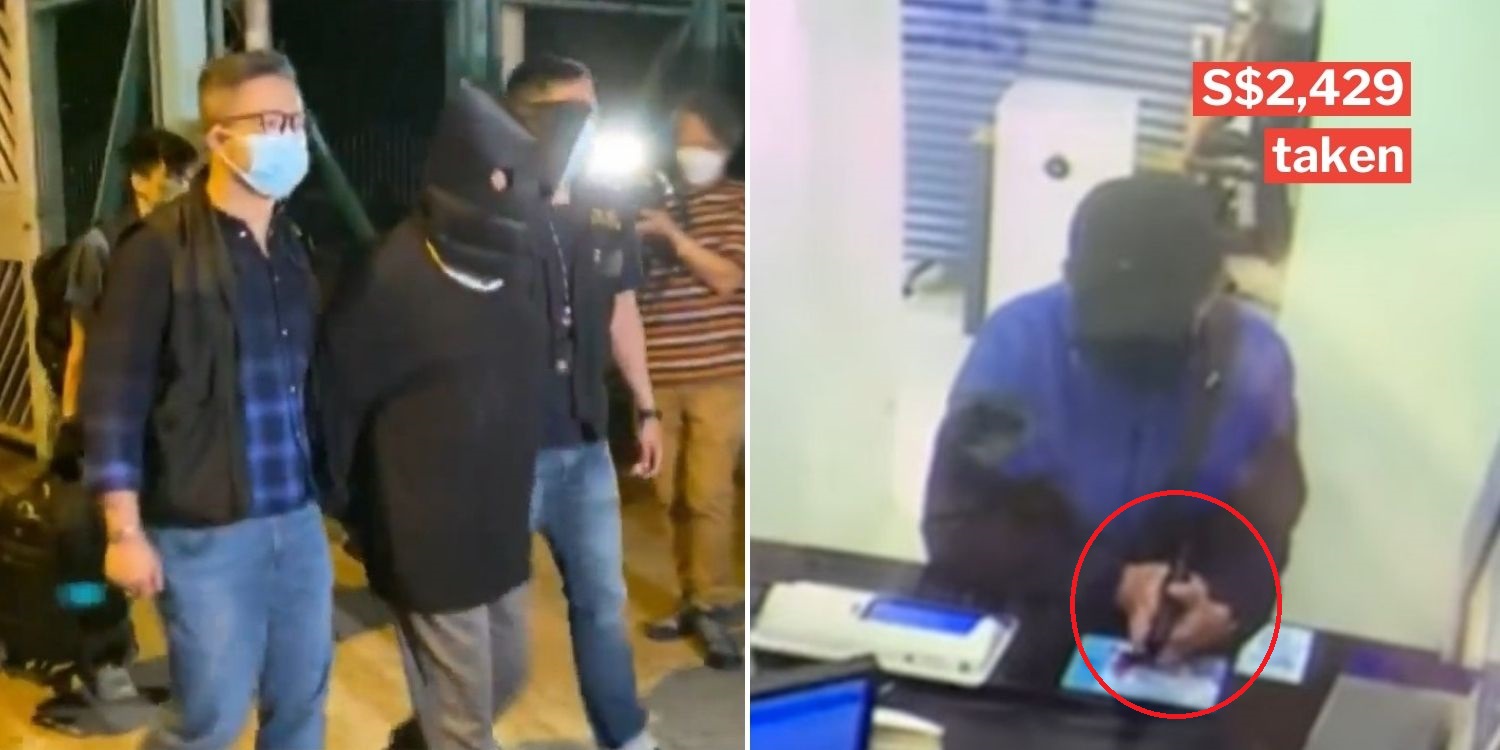 He's also linked to an attempted robbery in Jul 2020.

When Singaporeans go overseas, we’re usually regaled with tales of xia suay behaviour like peeing on the roadside, but nothing too major.

However, Singaporeans do commit serious crimes overseas as well, prompting us to shake our heads in disbelief and amazement.

One of these is an elderly Singaporean man who allegedly managed to rob a bank in Hong Kong with just a toy gun and piece of paper. 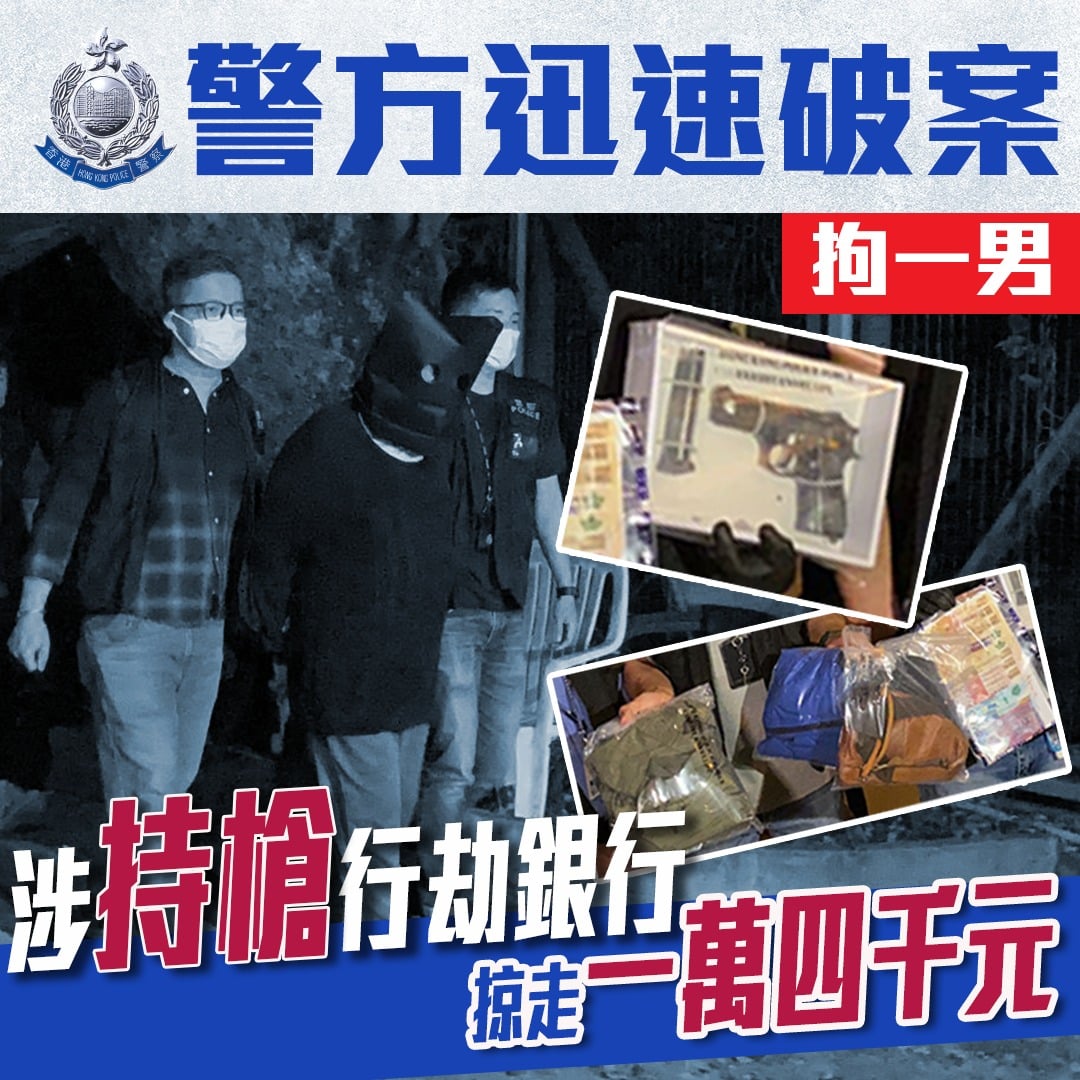 He was arrested, but not before causing the police to launch a 7-hour manhunt.

In a Facebook post last Friday (15 Apr), the HK Police said the man had robbed the bank along Nathan Road on 14 Apr.

It’s located in the busy area of Yau Ma Tei in Kowloon. 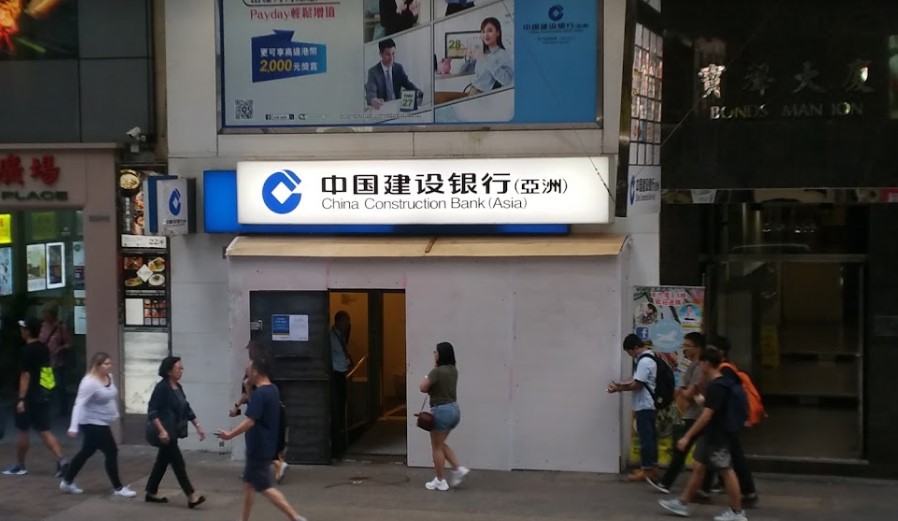 According to CCTV footage of the incident posted by Channel C HK, the man entered the bank wearing a black cap and face mask.

He first slipped the teller a piece of paper underneath the transparent barrier. 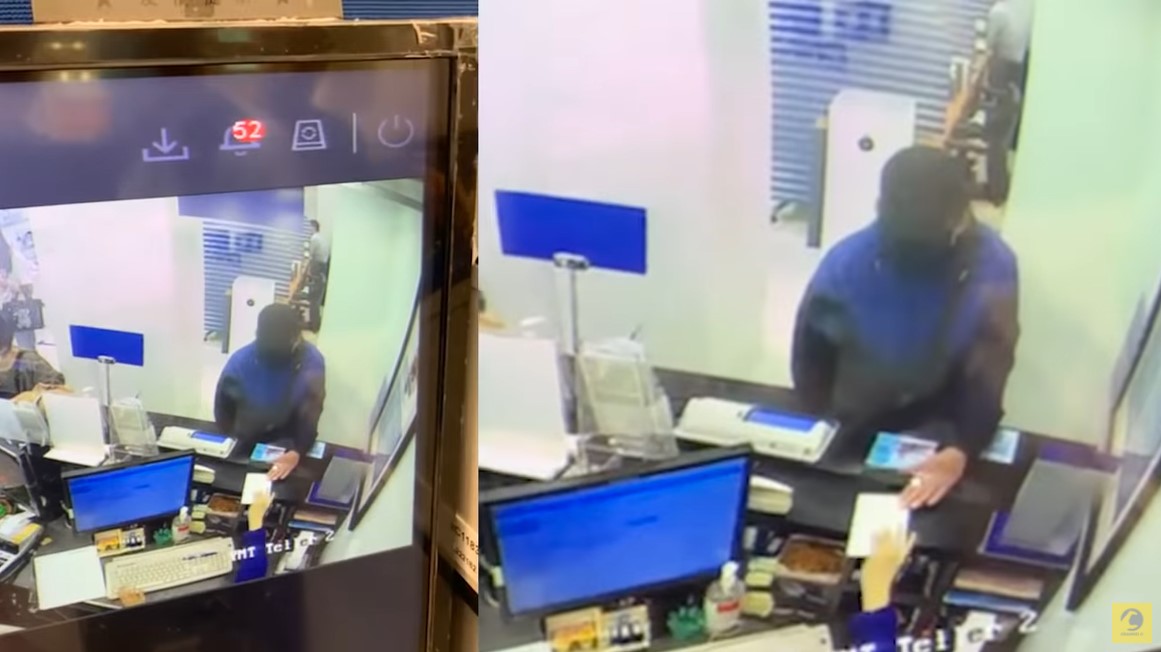 He then pointed an object that appeared to be a gun at her. 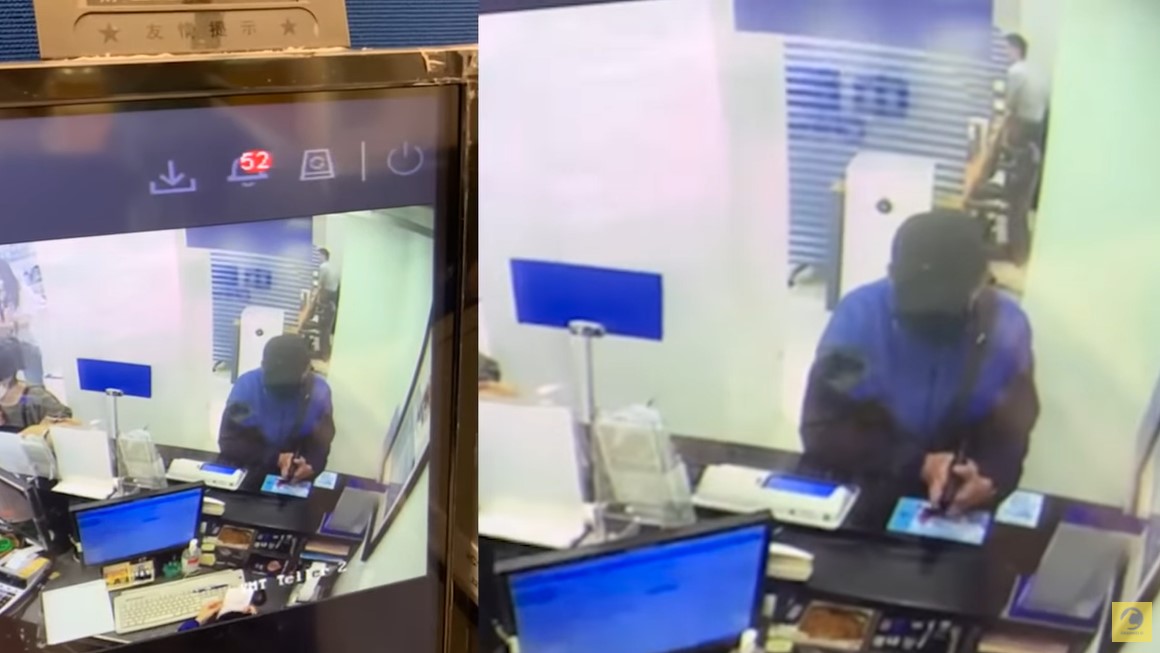 After a while, he handed her a small black bag, presumably to put the cash in.

He then continued pointing the “gun”. 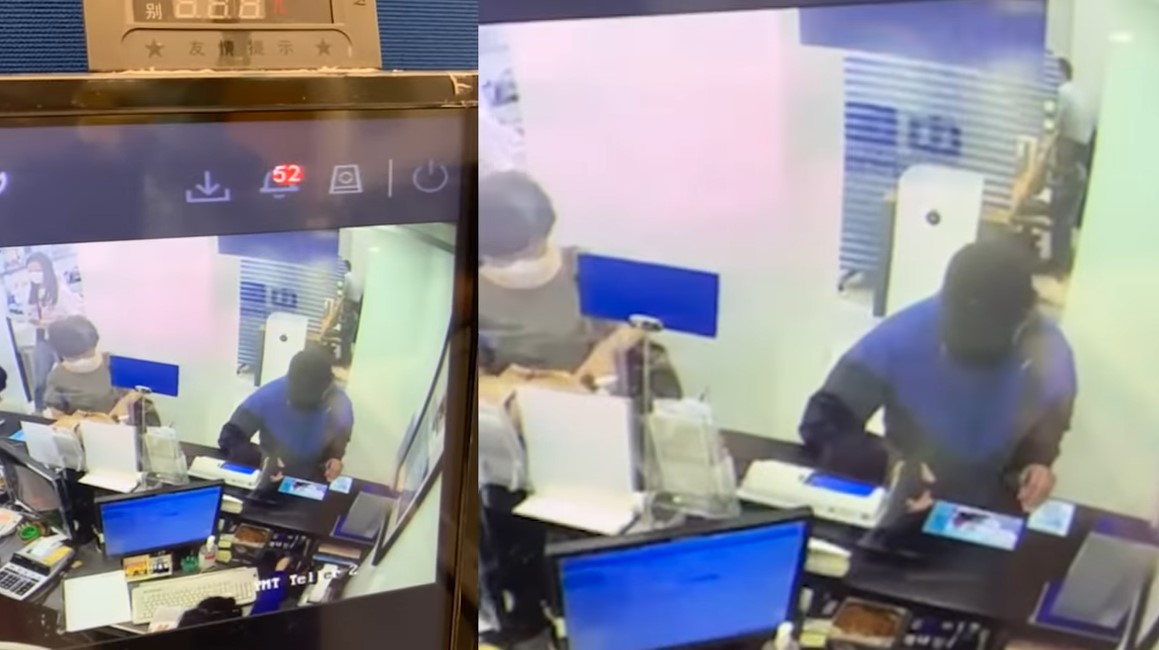 A customer standing next to him appeared to be unfazed by the interaction.

After getting the cash, he ran across Nathan Road pursued by bank staff, SCMP quoted a police spokesman as saying.

He managed to evade them by jumping on a bus.

The incident led to the bank being cordoned off and armed officers arriving at the area to search passing buses.

7 hours after the incident, the police arrested a 73-year-old man in the Yuen Long district after a manhunt, they said.

He was led out in front of the media with a hood over his head. 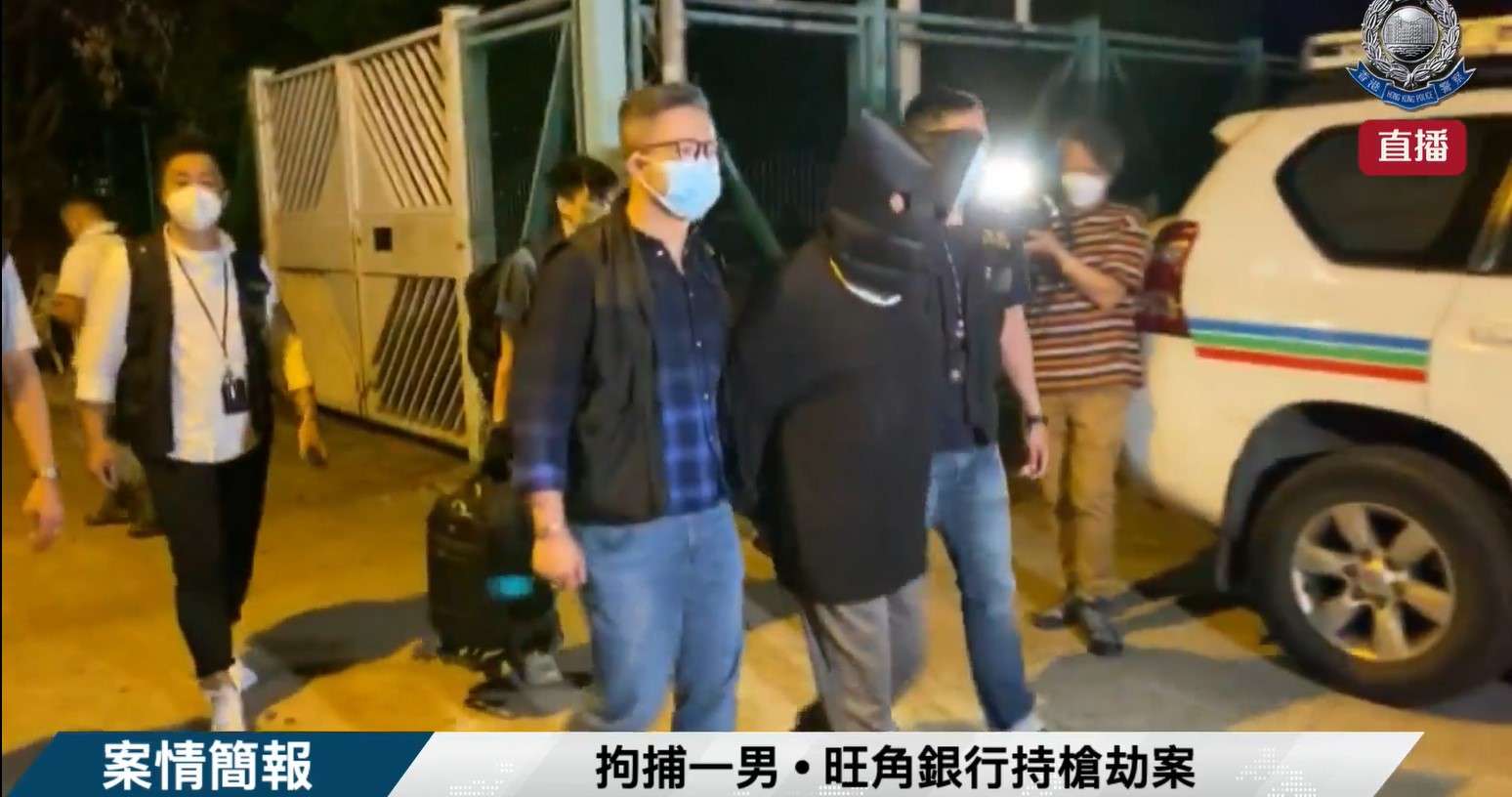 They also raided his home and found part of the stolen money, as well as the clothes he’d worn during the alleged crime. 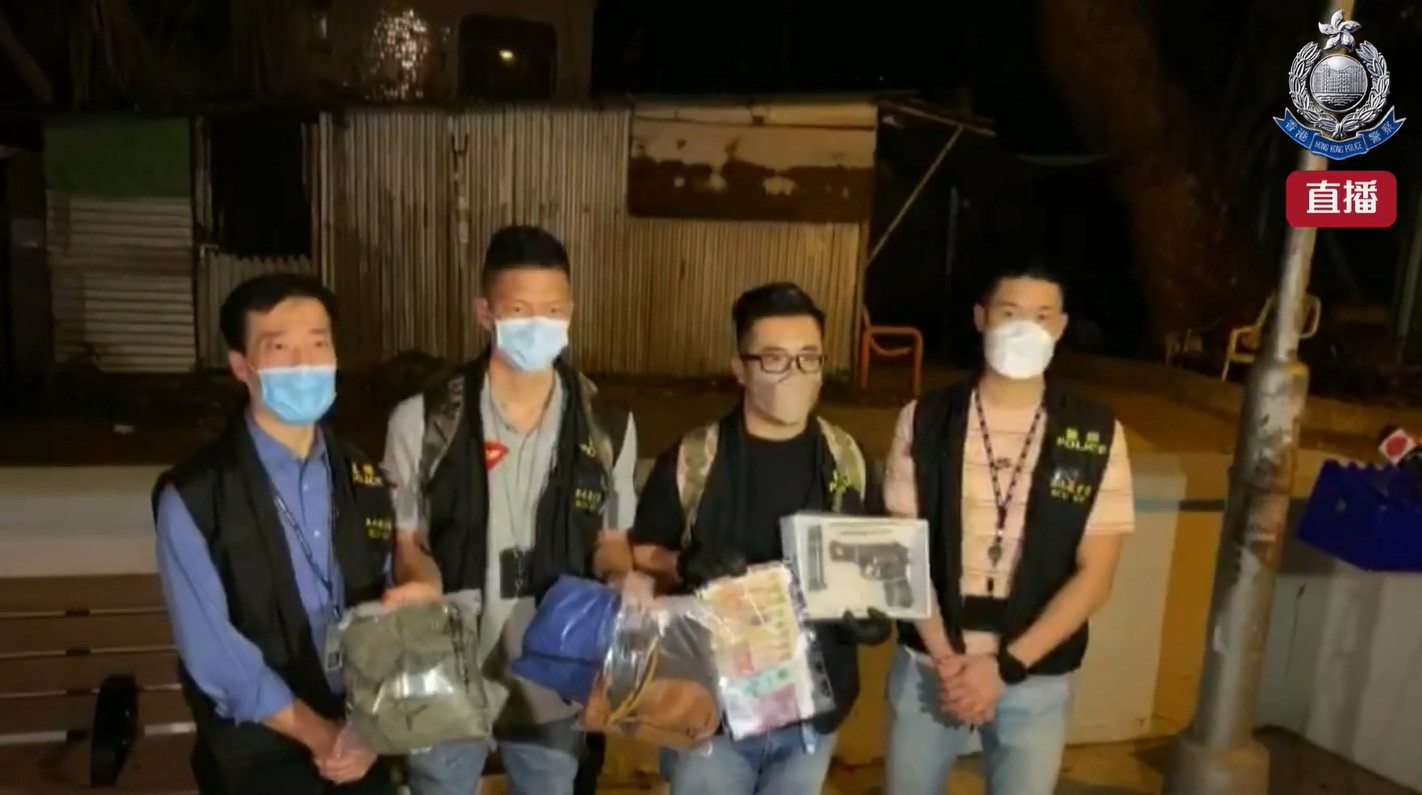 Another piece of evidence found was the object that he’d pointed at the teller — confirmed to be a toy gun. 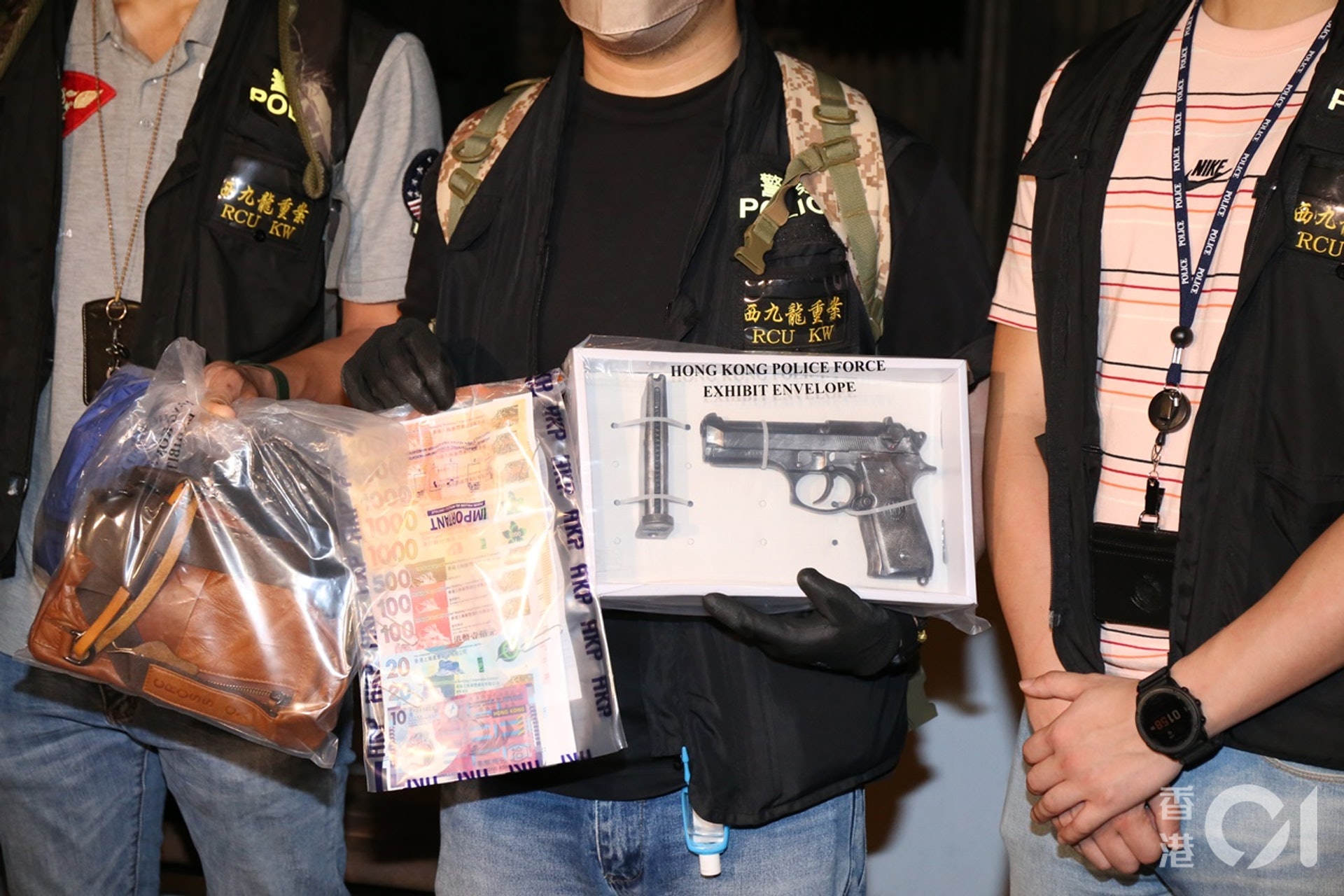 Speaking to the media, the police spokesman revealed that the piece of paper shown to the bank teller had read, “I am now robbing, I have a gun.”

The HK police stressed that robbery is a serious crime with a maximum punishment of life imprisonment.

Upon further investigation, they found that the Singaporean suspect had overstayed in HK for more than 10 years.

He’s currently unemployed, and lives with his wife, who’s also a foreigner but has right of abode in the city.

He’s also linked to an attempted robbery in Jul 2020 — of a pharmacy in Mongkok.

During that incident, the robber had used a lighter, but failed to get any cash.

The man is reportedly in debt to the tune of hundreds of thousands of dollars — which could explain why he resorted to the alleged robbery.

Unfortunately, the elderly man isn’t the first Singaporean who has fallen afoul of the law overseas, and probably won’t be the last.

Some may sympathise with the man for his desperation over his problems, especially in his golden years.

However, armed robbery certainly isn’t the way to solve them — even if he did use just a toy gun.