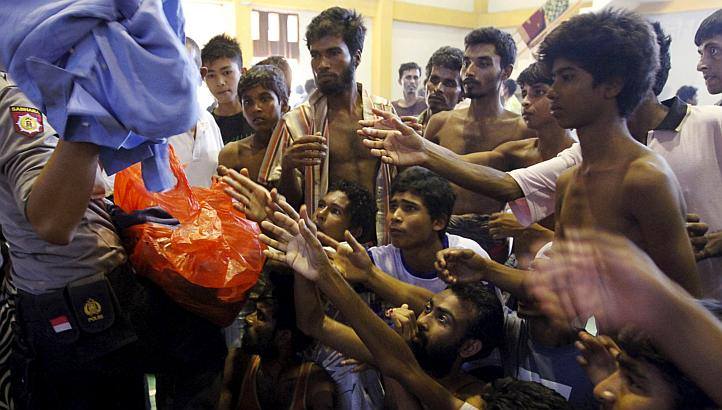 Seems as though we’ve gone a little off topic…?

Our ASEAN neighbours Malaysia, Thailand, and Indonesia have come under intense international scrutiny of late as they battle to maintain their hardline stance on refusing to let the Rohingya people land on their shores.

The Rohingya came to settle in Myanmar when the British brought them from India to work. Some people think the Rohingya originate from Bangladesh, but others claim they are from the Rakhine state in Myanmar. As of now, the Myanmar government does not see them as citizens. Hence, the Rohingya are poorly treated and discriminated against in Myanmar, forcing many to flee the country in search of better conditions.

Singapore will not be taking in any of these Rohingya people. Why the seeming lack of compassion?

As a small country with limited land, Singapore is not in a position to accept any persons seeking political asylum or refugee status, regardless of their ethnicity or place of origin.”

What was originally an issue of international importance became another platform for angsty Singaporeans to vent their personal frustrations about the growing numbers of foreigners here.

Stuck between a rock and a hard place

Public opinion seems to be equally divided as to whether to accept the Rohingya people or not. Some say that we need to be more compassionate and just accept them, whereas others understand the social implications if we were to accept them onto our shores.

But we suppose the only thing common amongst the different camps is that we all hope ISIS doesn’t come into the picture.

What do you think Singapore should do?

Featured Image via Facebook
With reference to Newsweek, The Online Citizen