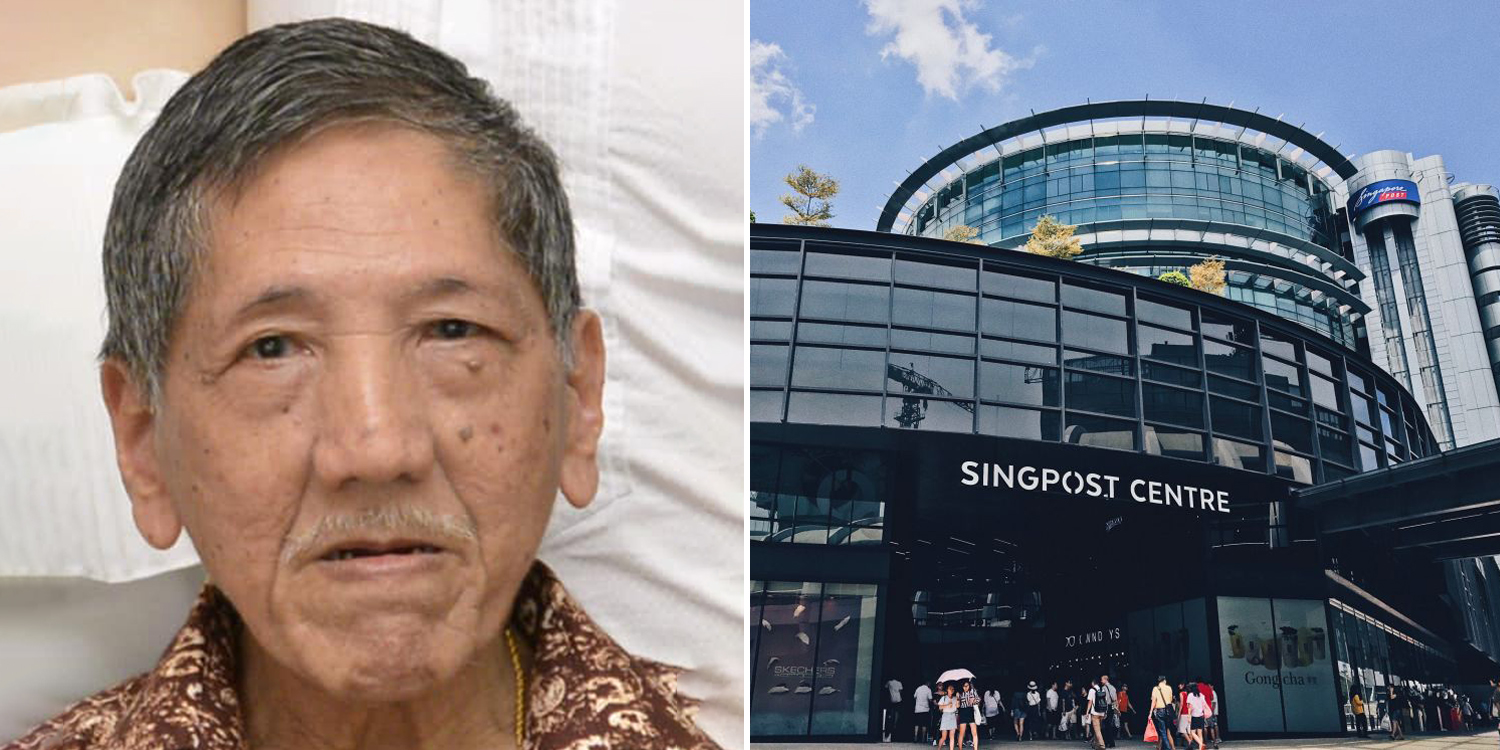 After a 5-day long search for a 78-year-old man, a family’s worst fears were realised.

First reported missing on 28 Aug, Mr Soh was found dead in a stairwell in SingPost Centre on Tuesday (31 Aug) afternoon.

Lianhe Zaobao later revealed that by the time his body was found, it was already in a state of decomposition.

Amidst their grief, Mr Soh’s family expressed disappointment that it took this long to find him and hoped authorities will be able to provide answers in due time.

Last Friday (27 Aug) night, it was reported that Mr Soh left his house to attend a wake but never returned home.

His daughter-in-law Ms Koo told The Straits Times (ST) that the family called him repeatedly that night.

The next morning at about 9am, he finally answered his daughter Ms Soh’s phone call, saying in Hokkien that the door would not open.

He then asked her to pick him at SingPost Centre’s taxi stand. However, when the family arrived, he was nowhere to be found. His phone was also switched off.

Mr Soh’s family then searched SingPost Centre for him, scouring the entire mall, including toilet cubicles but with no luck. They also asked security if they had seen him.

The family then lodged a police report on Saturday (28 Aug) afternoon.

Body was already decomposing when found at SingPost Centre

On Tuesday (31 Aug), police turned up at Mr Soh’s family home at Haig Road and delivered the bad news — his body was found in SingPost Centre at the B3 car park stairwell.

According to Lianhe Zaobao, when he was found, the 78-year-old’s body was already decomposing. Paramedics declared him dead at the scene.

Whilst police investigations are ongoing, no foul play is suspected.

A SingPost spokesperson expressed condolences to the family and said they are assisting with investigations, reported ST.

The family shared that Mr Soh did not have dementia and was independent despite his old age, often venturing out on his own.

However, he did have prostate issues and needed to go to the toilet frequently.

Ms Koo suspects that her father was searching for a toilet in the mall when he ended up in the stairwell. Thinking back, she believes that Mr Soh was already trapped in the stairwell during their phone call.

The only exit to the B3 stairwell Mr Soh was found in is the 1st floor landing, which led to the taxi stand.

Speaking to ST, Mr Soh’s son said he was angry when he first heard the news as they had searched the mall for him.

He questioned how and when Mr Soh got to the stairwell, saying they are still waiting for answers.

But she also probed why no one had found Mr Soh earlier if he was always in the mall, reported Lianhe Zaobao.

It is undeniable that many questions are left unanswered in this case.

Hopefully, as investigations go on, the truth of the matter will come to light and give the family some closure on Mr Soh’s passing.