UPDATE (12 Dec): An MS News reader has reached out to us sharing that the snake was actually sighted in a Jurong factory toilet, contrary to information circulating online.

Every now and then, fortunate – or unfortunate – residents will spot these slithery creatures at places connected to the public sewerage system, like drains and washrooms.

But that doesn’t make every encounter any less shocking. Recently, someone allegedly spotted a snake appearing in a toilet bowl at Pasir Ris Park. 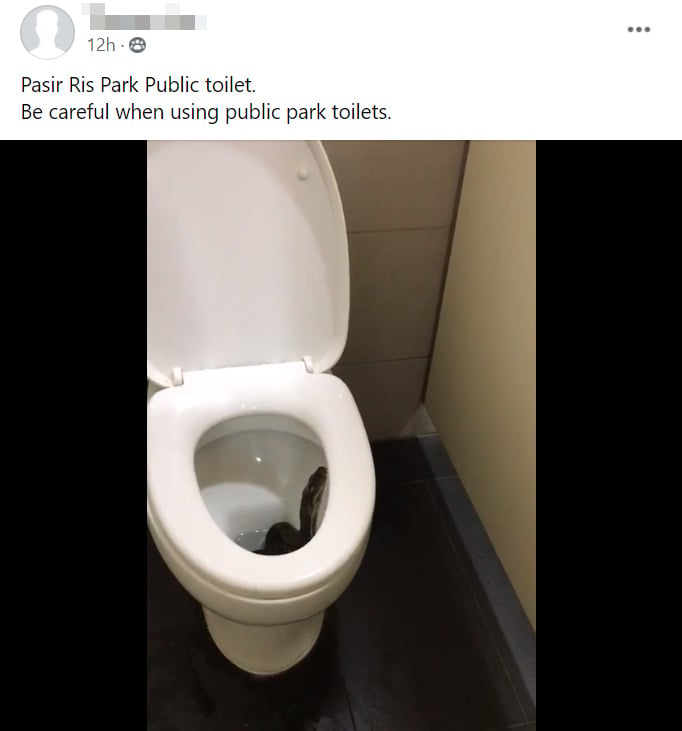 The video of the chance ‘meeting’ was posted at Singapore Hikers Facebook group last night (9 Dec), and has since garnered over 200 reactions and 125 comments.

More versions of the video can be found on YouTube as well, claiming the same thing. You can watch it below.

At the start of the video, the person behind the camera approaches the toilet bowl from a distance. We first see something dark peeking out. 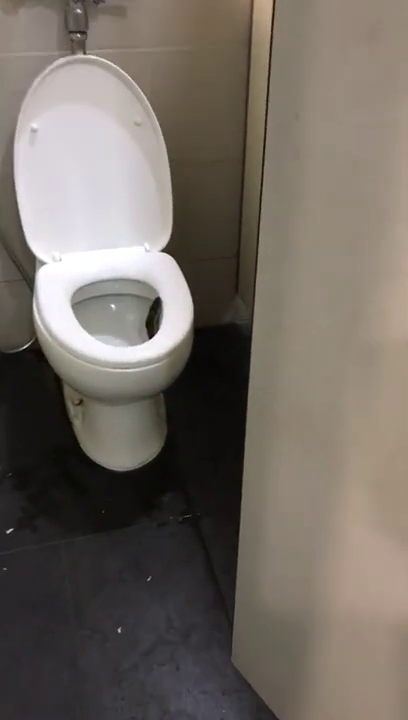 As the person approaches, we then get a better view of the snake’s form. The reptile looks as if it’s chilling there, like it’s the most natural thing to do. Then, as if disturbed by the presence of the human, the snake withdraws its head a little with a few flicks of the tongue.

Snake slides back down toilet bowl

Almost like a magic act, the snake swiftly slides back down into the watery depths. The camera cautiously approaches the toilet bowl to show us.

And just like that, the snake vanishes, and the toilet bowl looks almost pristine — 100% unthreatening. You never would’ve guessed that a snake was just chilling there moments ago.

Needless to say, netizens were shocked to learn that this had apparently taken place at Pasir Ris Park.

Someone said they wished they never saw the video, presumably because the sheer idea of a menacing creature lurking beneath when you do your business is super scary.

This person thought it would be wise to avoid park toilets from now on.

Some are doubting the origins of the video, as they think the snake may have been spotted in Thailand instead.

Meanwhile, this person pointed out that they saw the exact same video being shared in another group, “claiming it was from an office”.

An MS News reader has reached out to us, saying that the snake was actually sighted in a Jurong factory toilet, contrary to information circulating online.

We’ve reached out to ACRES & National Parks Board (NParks) for comment.

It’s admittedly hard to discern whether the video was truly taken at Pasir Ris Park. We’ve done some digging, and the earliest version of the video we’ve seen so far popped up on 7 Dec.

Hopefully, the authorities will be able to look into this, so that they can ease everyone’s concerns over the latest snake sighting.

In the meantime, it wouldn’t hurt to be extra cautious when at nature destinations, and check toilet bowls properly before using them.

Do you know where the snake sighting actually took place? Let us know in the comments below.