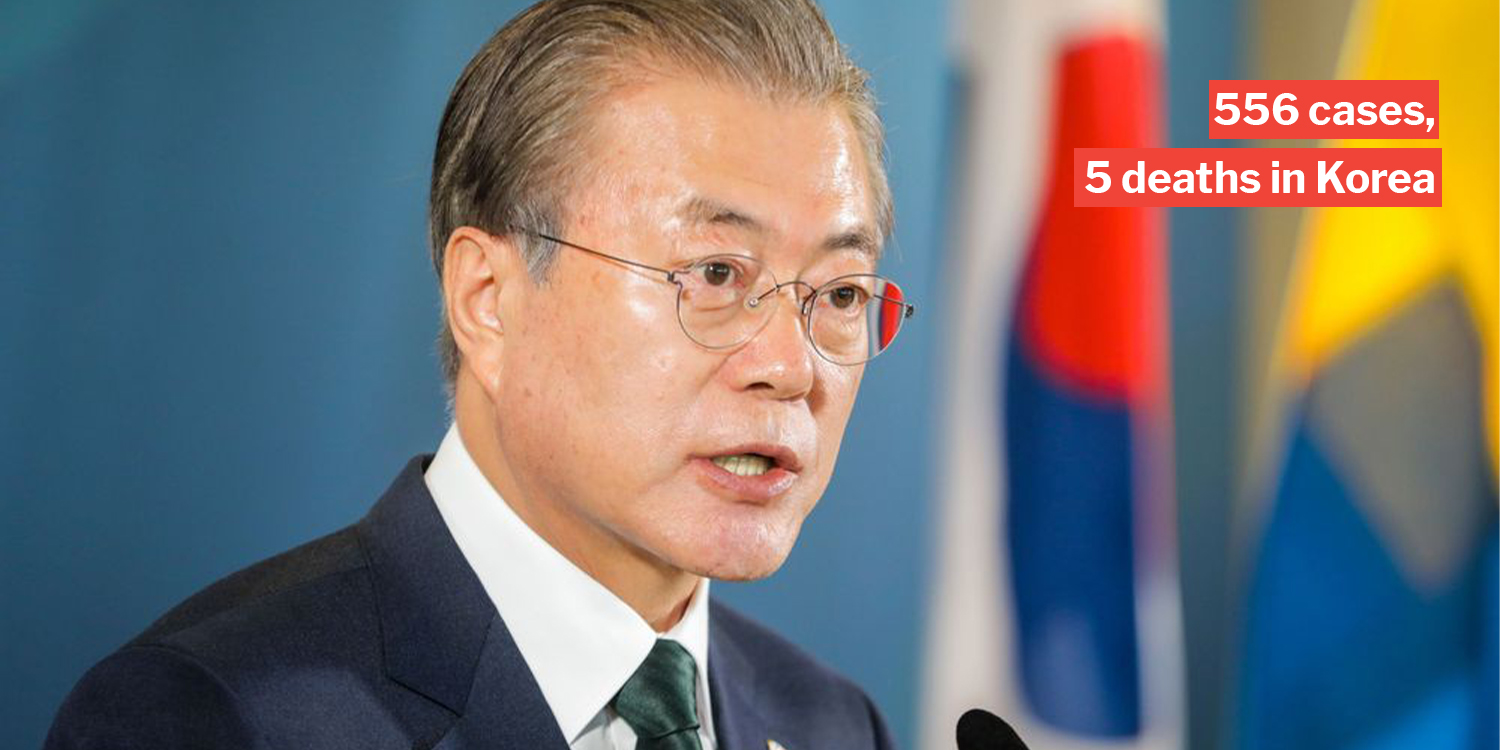 The number of Covid-19 cases in South Korea has been rising steadily over the past few days, and the country is acting.

The Guardian reports that President Moon Jae-in will put the country on the “highest alert” after a fifth case died of Covid-19 and more than 500 cases found.

Rise in numbers from church cluster, more than 9,000 under quarantine

The rapid and alarming rise in cases is linked to the Shincheonji church in Daegu.

As a result, more than 9,000 members of the church have been placed under self-quarantine, with a majority of confirmed cases coming from there.

Meanwhile, 18 patients have fully recovered and been discharged in Korea.

Red alert needed to contain spread as panic-buying breaks out

The situation has gotten drastic and Daegu residents sense this, heading out in droves to grab necessities before holing themselves at home. Daegu and the neighbouring Cheongdo county, which the 61-year-old also visited, are now ghost towns.

The latest development may result in the Singapore authorities taking steps to bar travellers from Korea, and vice versa.

As it is, Korean citizens are already advised to not travel to Singapore, but the situation appears to have reversed.

In light of this, the Ministry of Heath (MOH) has asked Singaporeans to divert non-essential plans to travel to Daegu and Cheongdo on Sunday (23 Feb).

They also advise Singaporeans to take caution if travelling to the rest of the country.