SPF Warns Against Scammers Posing As Friends Online, Advises To Guard Yourself With 3 Don’ts

We trust that most of us have either heard, or had, fake friends, i.e. those who backstab others in school.

However, this time, we are talking about legit fake friends — strangers pretending to be your friend and try to curry favours.

These so-called ‘fake friends’ commit such deeds by impersonating as a friend, luring potential victims into revealing confidential details like their credit card numbers.

More than 90 of such scams were reported from Jan-Aug this year, according to a Facebook post by the Singapore Police Force (SPF). Hence, SPF is advising Singaporeans to adopt 3 crime prevention measures to minimise the chances of getting scammed.

Before that, here’s what happened to the victims.

Since January, scammers started contacting victims through their social media.

In the attempt, scammers would pretend to be the victim’s friend — presumably by creating a similar social media profile.

They would then request for the victim’s contact number, and ask the victims to share the one-time password (OTP) they received, telling them it’s for a lucky draw.

They even requested for an image of the victims’ credit cards to help sign up for the lucky draw.

Clueless as they were, the victims went ahead with the instructions, only realising that it was a scam after noticing unauthorised transactions being made from their accounts.

Separately, some scammers also impersonated victims’ friends on Facebook, making the same requests as above, but this time asking for a Grab OTP.

After the victims fell for the scam, they then lost access to their Grab accounts.

In addition, they also noticed that their accounts have been used to purchase Razar Gold — virtual game credits. 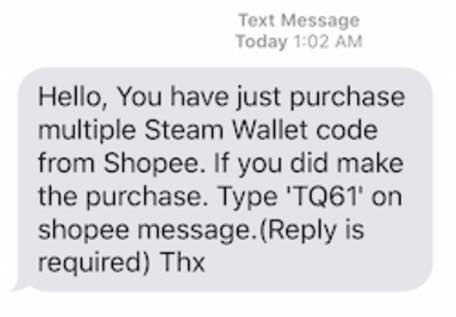 However, we get that it is easy to fall for requests like this, especially if they were made by a ‘friend’.

Hence, after noticing the increase in social media scams, the SPF curated 3 crime prevention measures you should adopt to avoid falling victim to these unscrupulous characters.

Here are the 3 Don’ts if you want to keep your money safe:

You should be aware of weird requests and your social media contacts.

Always verify the legitimacy of the request with your friend — perhaps by sending them a text to their private mobile number.

Being more alert to our surroundings

On social media, it’s easy for us to fall into traps like these set by scammers.

However, we should continue to be mindful of giving out confidential information to anyone online, even if the person seems to be your friend.

Here’s another tip — you could also make sure you’re familiar with your friend’s social media handle.

Because sometimes, the only difference between a friend and a scammer is an underscore.

Feature image adapted from The Source, Gfycat, and Facebook.