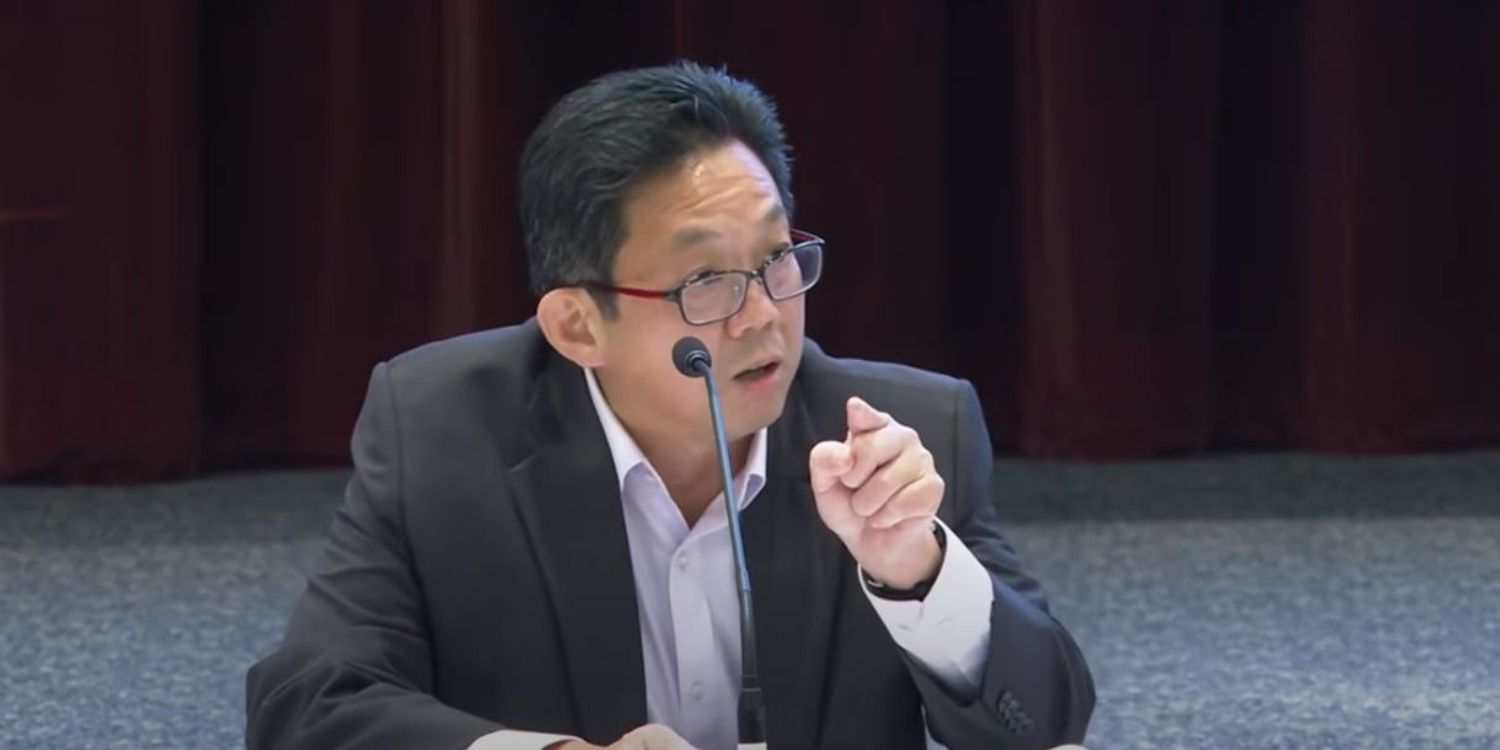 On Thursday (6 May), Singapore Press Holdings (SPH) announced that it was changing its media business to a non-profit business model.

It was a significant shift in the media landscape, but what most Singaporeans took from the news was SPH chief executive (CEO) Ng Yat Chung‘s reaction to a Channel NewsAsia (CNA) journalist’s question.

In a rebuke to the journalist, he said he “took umbrage” at her question – and many of us learnt a new English word. 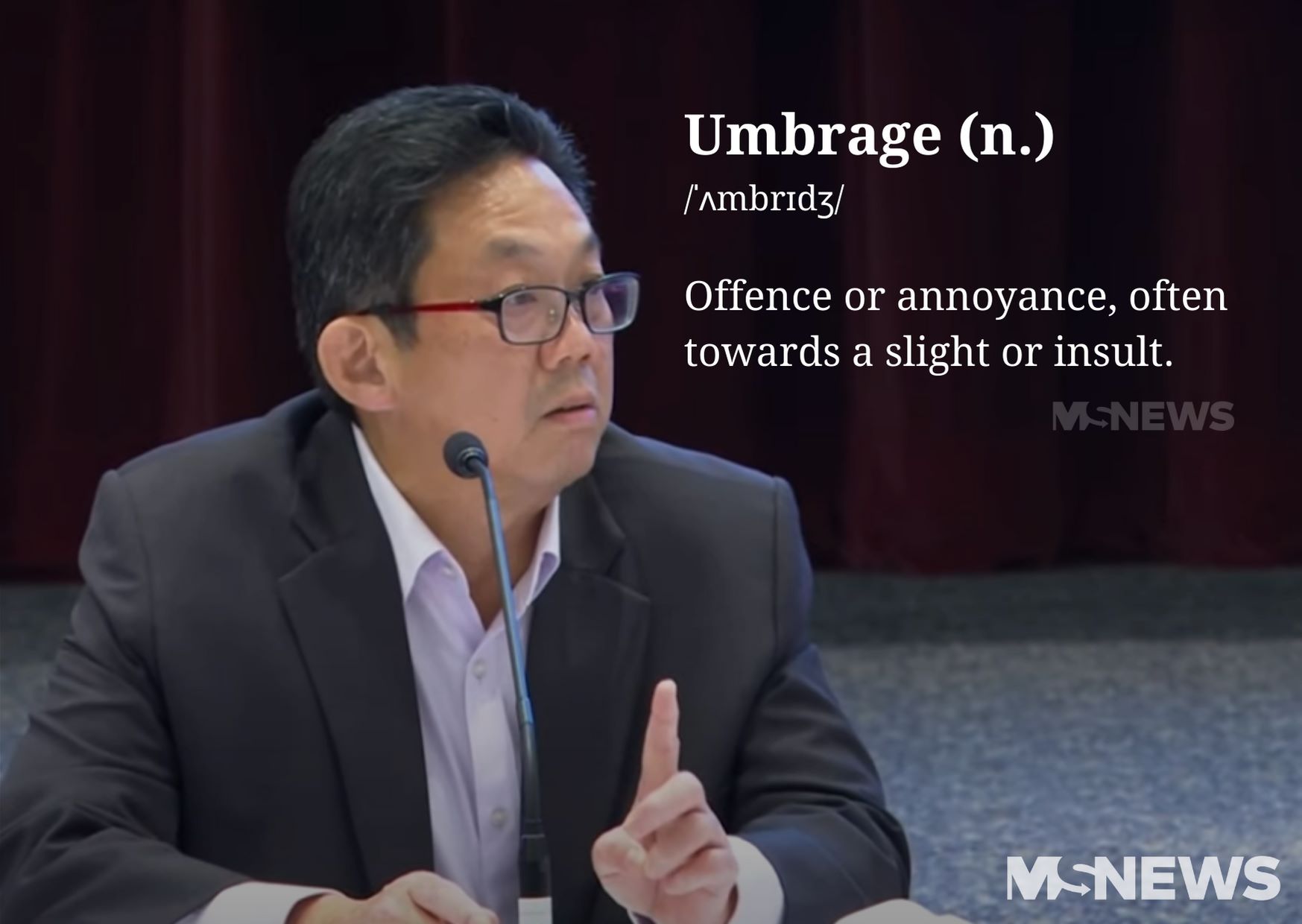 Mr Ng has since apologised for his outburst, saying he was only standing up for SPH Media’s editorial integrity and will continue to do so.

In a short statement carried by The Straits Times (ST) on Saturday (8 May), Mr Ng apologised for any offence he might have caused.

He also regretted that his reaction may have led to a distraction from the news at hand – SPH’s restructuring, and any merits from it.

Describing himself “a direct and blunt-speaking person”, he added,

I had stood up for SPH Media’s long-cherished editorial integrity and will continue to do so.

In case you missed it, check out how he stood up for SPH here:

Considering that Mr Ng’s response to a reporter asking a question was so controversial that he had to apologise for it, reporters decided to ask other influential people what they thought of the incident.

On Saturday (8 May), Law and Home Affairs Minister K. Shanmugam was attending an event in Nee Soon GRC, and reporters asked him about it.

Mr Ng’s reaction, and the way he answered the question, I think was very unfortunate. 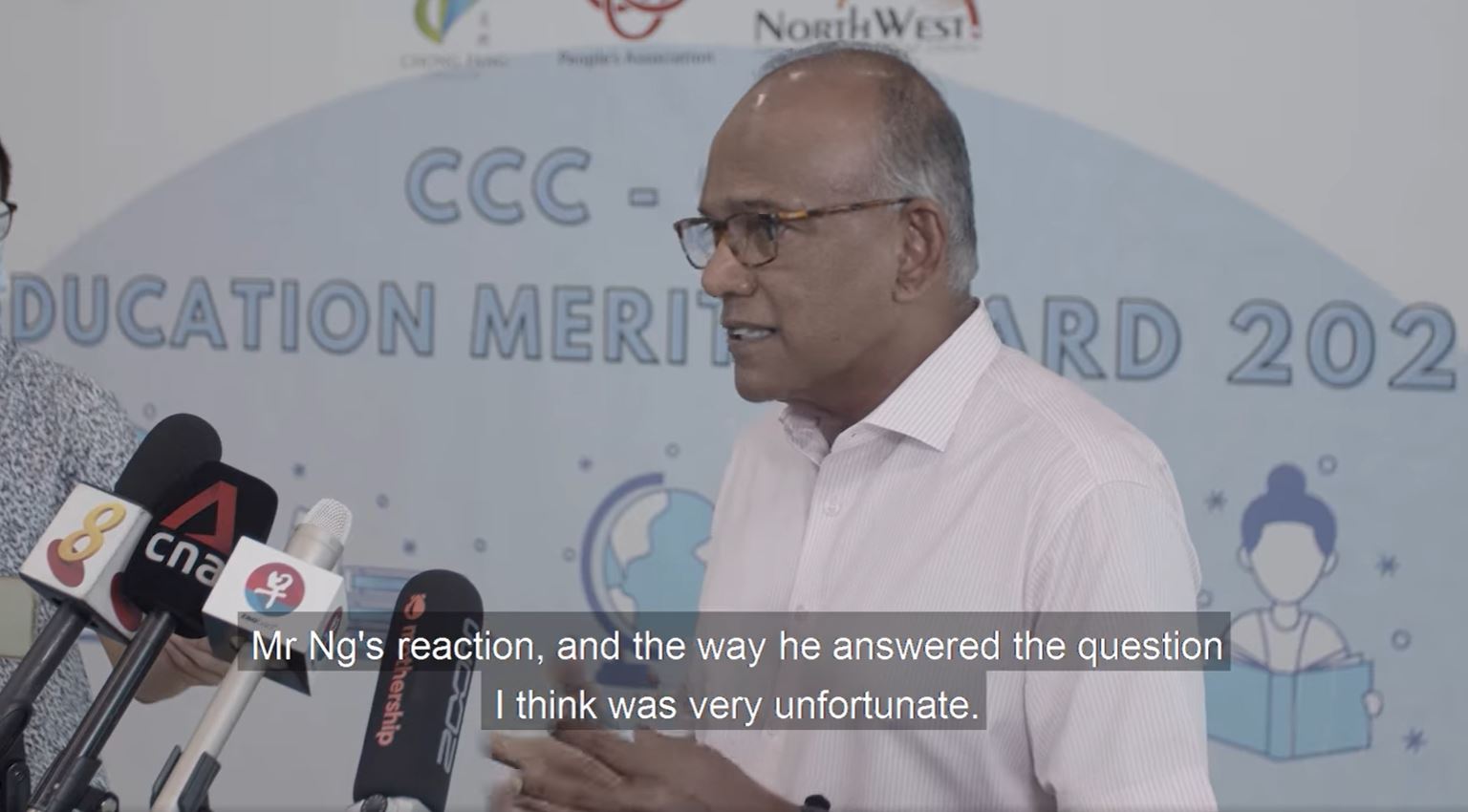 However, Mr Shanmugam stopped short of describing the outburst in stronger terms, although he said it could be.

That’s because he wanted to be careful as SPH is still a listed company with shareholders and management.

After all, journalists would of course be concerned about editorial independence, he added.

However, he said the reporter and her editor – Mediacorp Editor-In-Chief Walter Fernandez – both know that taking advertising money doesn’t mean editorial independence is automatically compromised. 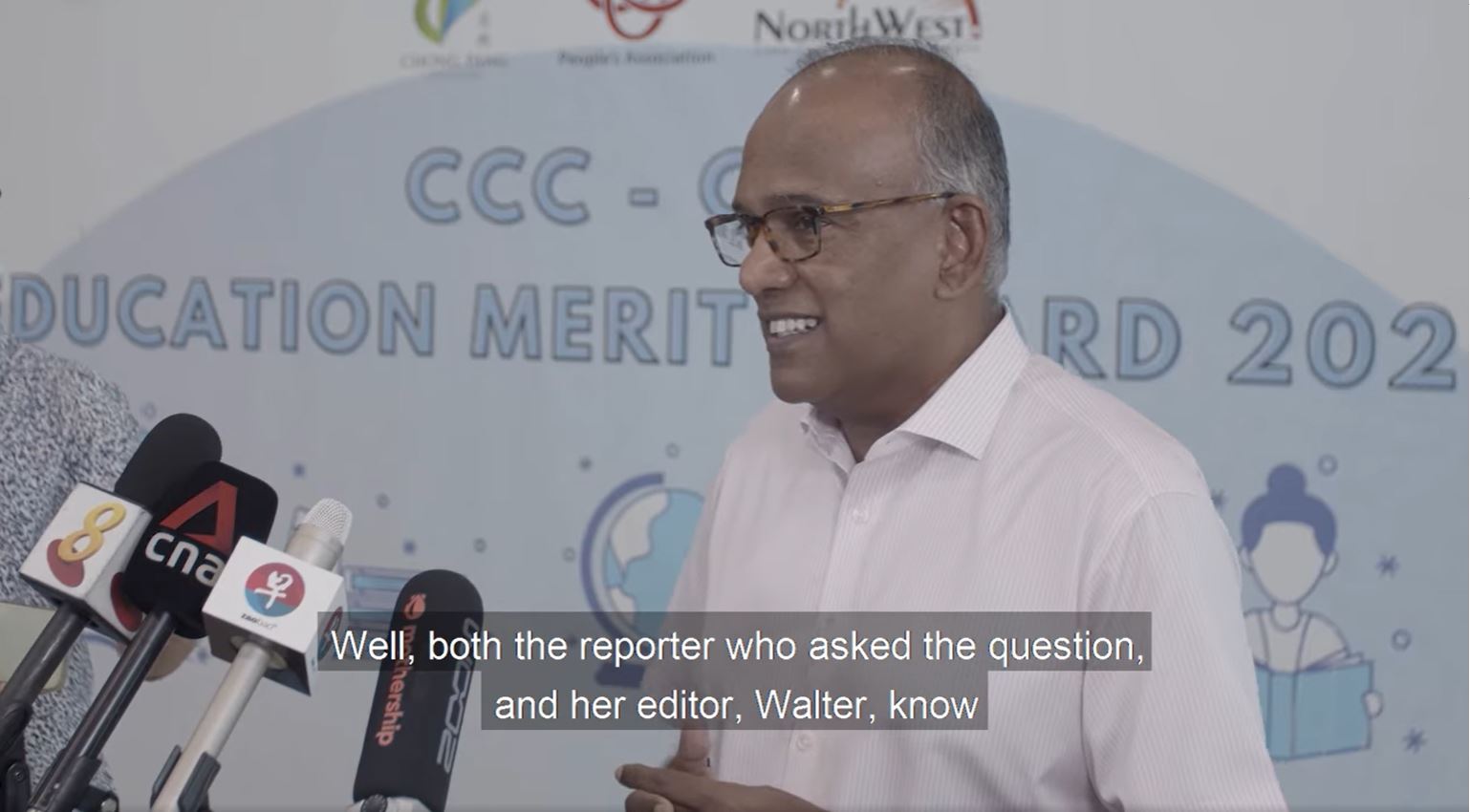 SPH move must be seen in context of global pressures: Shanmugam

Before that, Mr Shanmugam shared his views on SPH’s media restructuring – the news that SPH was trying to make in the first place on Thursday (6 May).

He said SPH’s move has to be seen in context of the pressure that media outlets all over the world are also facing.

Many international businesses have closed, restructured or been taken over by billionaires due to ad revenue going to online platforms.

SPH is thus no different. 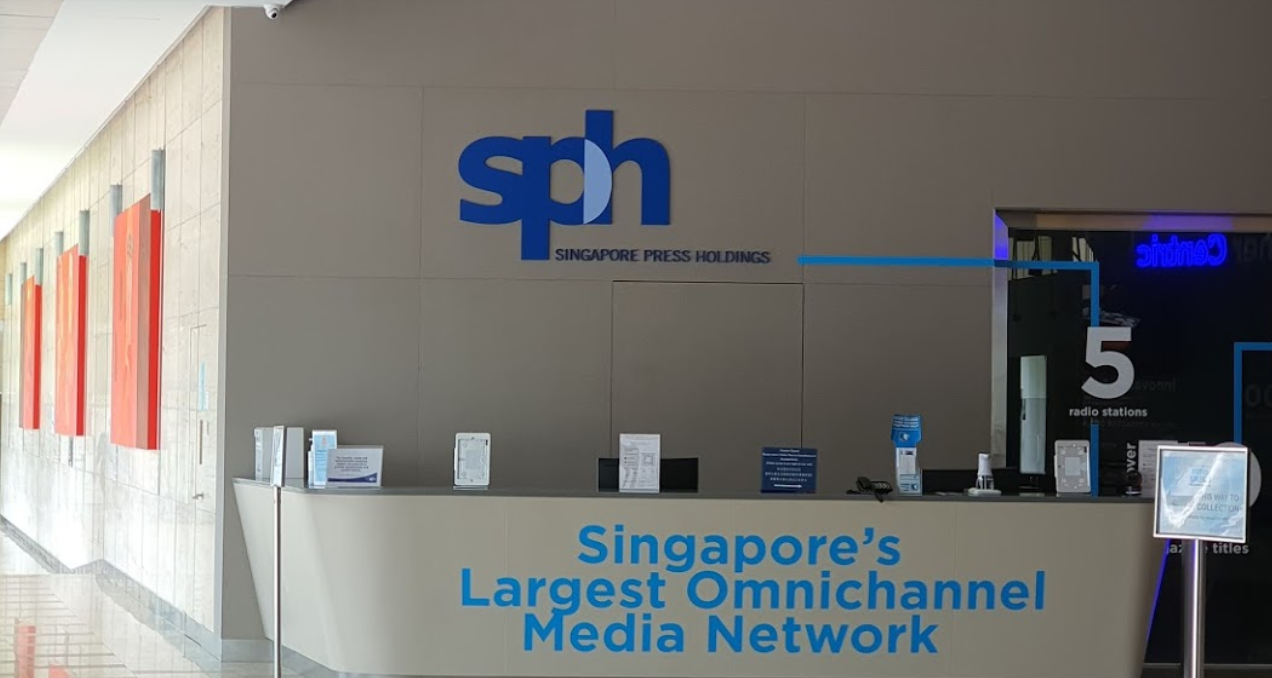 In the area of trust in the media, Mr Shanmugam said it’s extremely important, as it links to trust in the Government and political leaders.

Thankfully, Singapore’s media is highly trusted, he added, even more than those in countries like the United States, United Kingdom, France and Japan.

The minister said that according to the 2021 Edelman Trust Barometer, 62% of respondents trust the media to do what is right – much higher than the global average of 51%.

However, he wasn’t asked what he thought of Singapore dropping to No. 160 in the 2021 World Press Freedom Index.

The points he made were summed up in his Facebook post on Saturday (8 May) night. Read it here: He also posted a video of his interview:

Many questions ended up being sidetracked

SPH’s planned restructuring threw up many questions about the future of media in Singapore.

It’s indeed too bad that these issues were sidetracked when Mr Ng’s reaction went viral.

We thank him for recognising that and regretting the distraction. Hopefully, after the dust settles we can move on and have a clearer focus on what’s important.