She was overwhelmed with tears after the result.

Singapore’s athletes have been making waves in the 31st SEA Games held in Hanoi, Vietnam, with a few gold medals already under our belt.

Local sprinter Shanti Pereira, however, may have topped them by not only winning our fifth gold, but setting a new national record.

She achieved this feat while competing in the women’s 200m final. 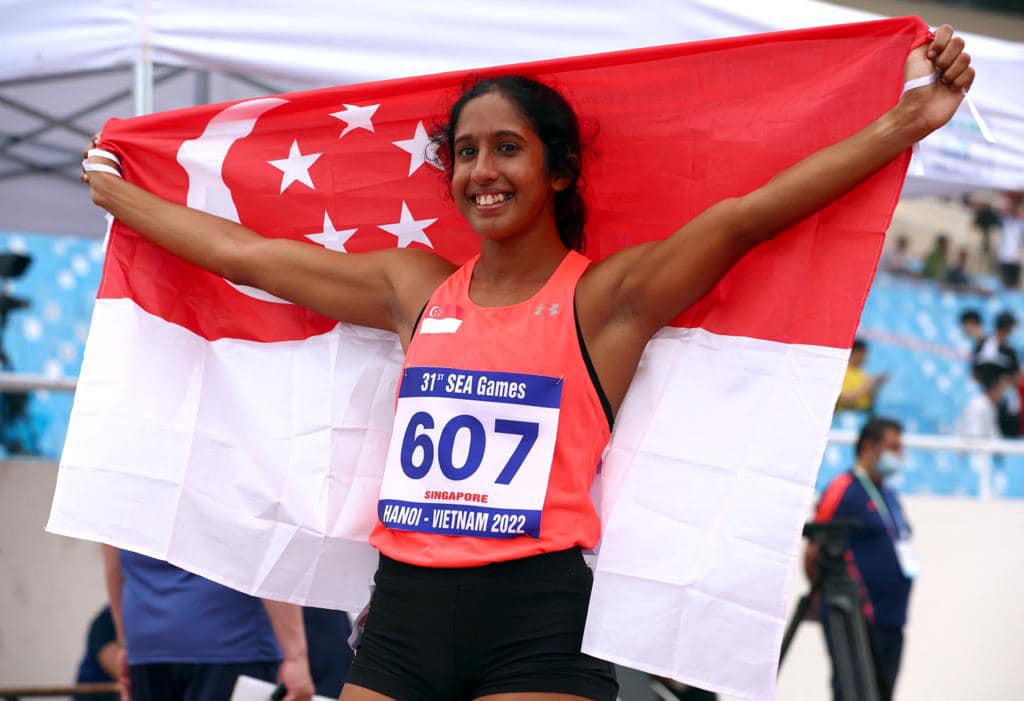 The momentous win was announced in a Facebook post on Saturday (14 May) by Speaker Tan Chuan-Jin, who’s with the Singapore contingent in Hanoi.

According to him, Shanti notched a total of three achievements in one run.

Besides clinching gold for Singapore, her time of 23 minutes 52 seconds is a new national record.

It’s also a personal best for the 25-year-old.

Her previous national record was 23:60.

She finished 2nd in heats

Before the final, Shanti came in second in the heats with a time of 24:06, reported Channel NewsAsia (CNA). 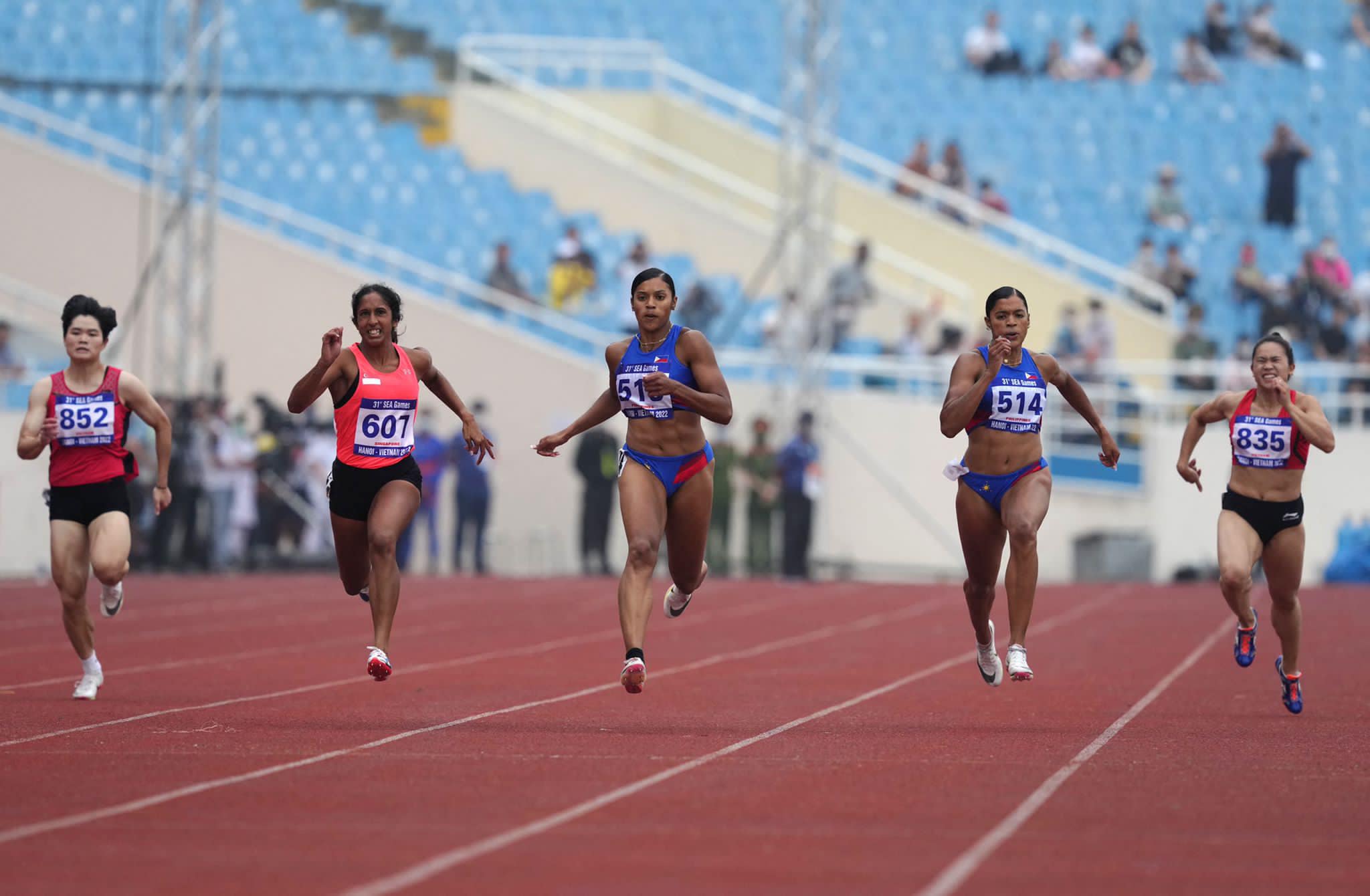 However, she saved her best for the final, outrunning two Filipina sisters to cross the finish line first.

Shanti in tears after run

After the run, Shanti was overwhelmed with tears after finding out her time, according to footage posted on Instagram by Berita Harian. 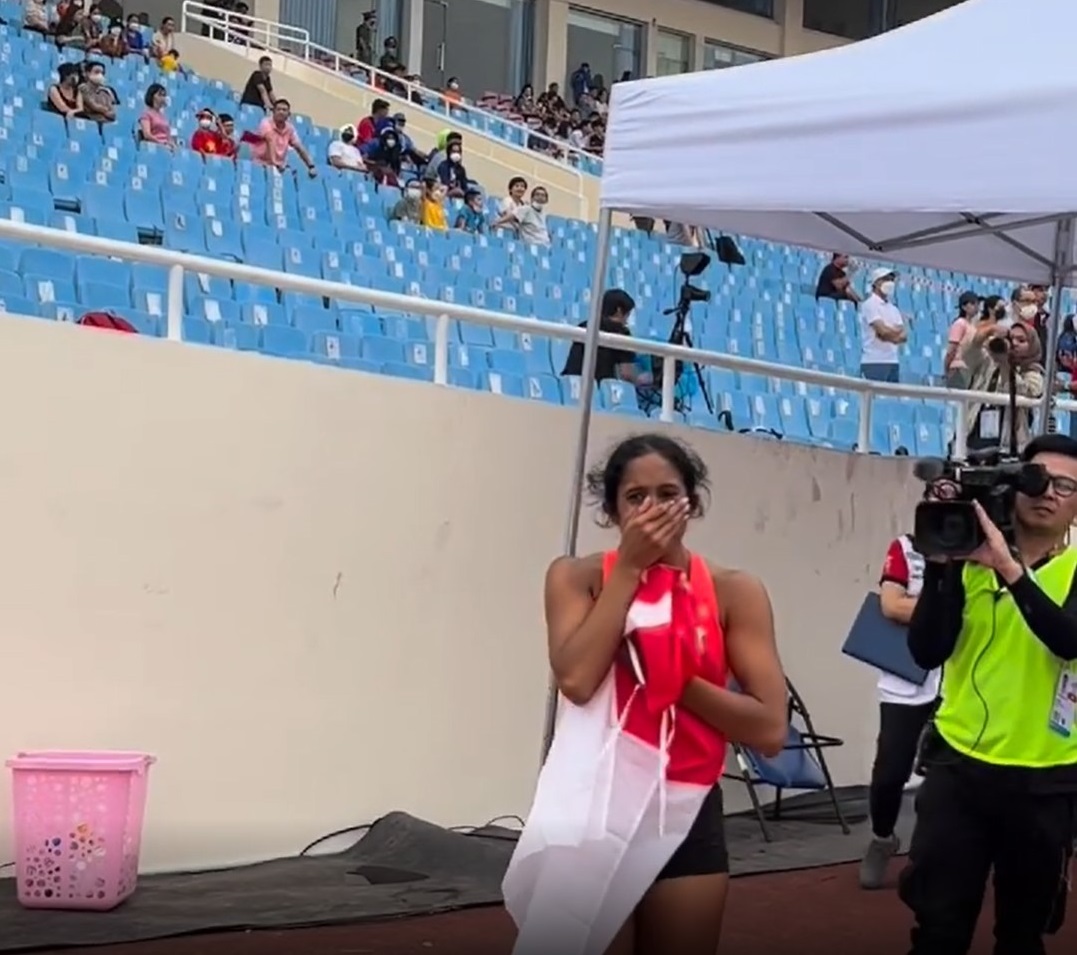 As she visibly bawled in front of the media, she was quoted by The Straits Times (ST) as asking, 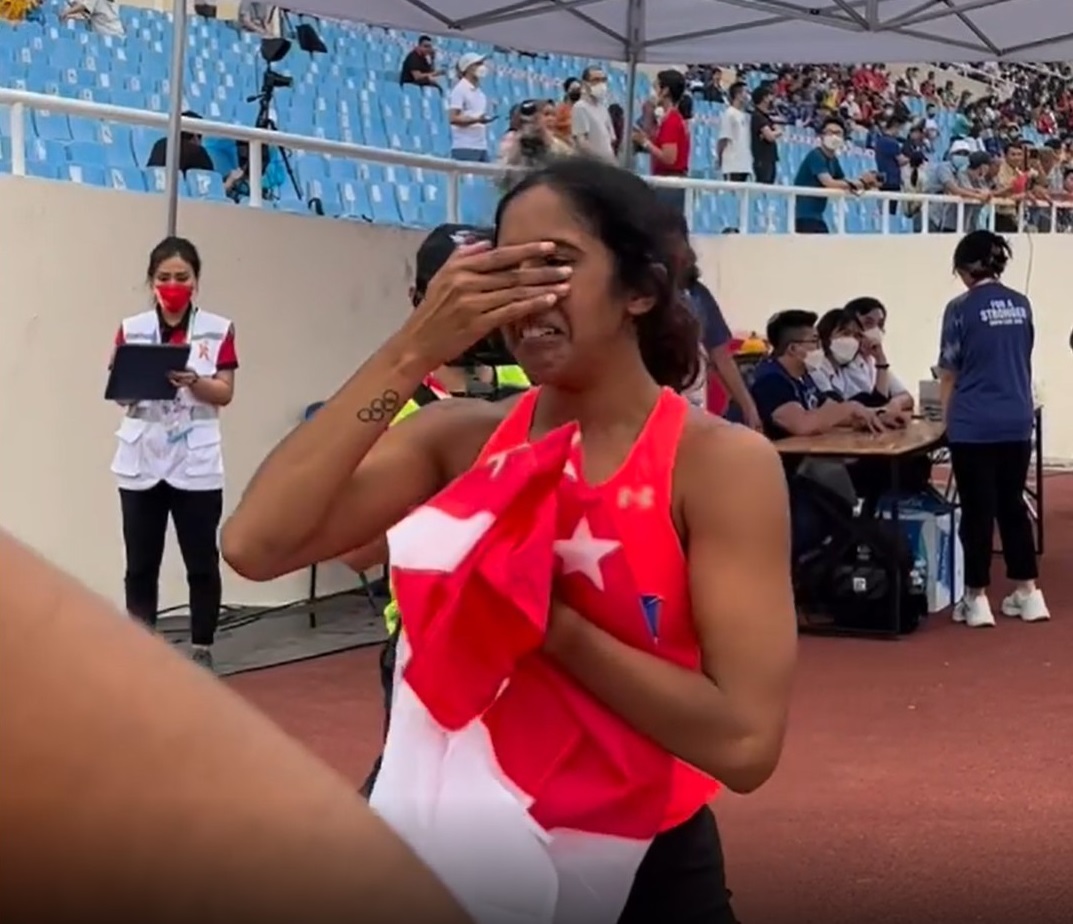 Long & difficult road back to gold

Perhaps the reason for Shanti’s emotion was her long and difficult road back to gold.

This was followed by an astonishing gold medal at the 2015 SEA Games, right here in Singapore. 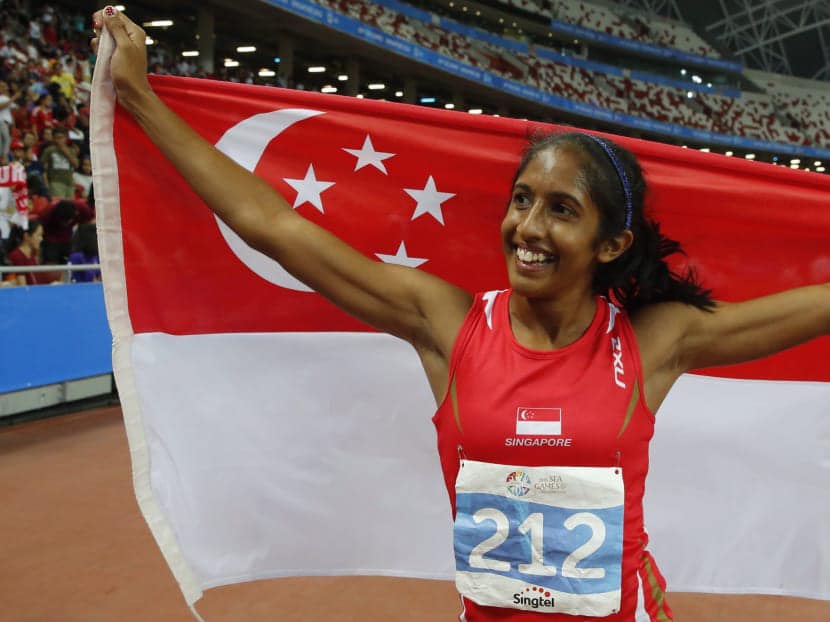 That’s why winning gold this time, seven years after her last triumph must have been especially sweet for her.

Congrats and kudos to Shanti for not only making Singapore proud, but conquering her own mental barriers too.

Shooting to the top again after seven years isn’t easy, especially after an injury.

Hopefully her perseverance and determination inspires Singaporeans to similarly work hard no matter what obstacles we face.

We wish our athletes all the best and more medals to come in their remaining competitions at the Games.