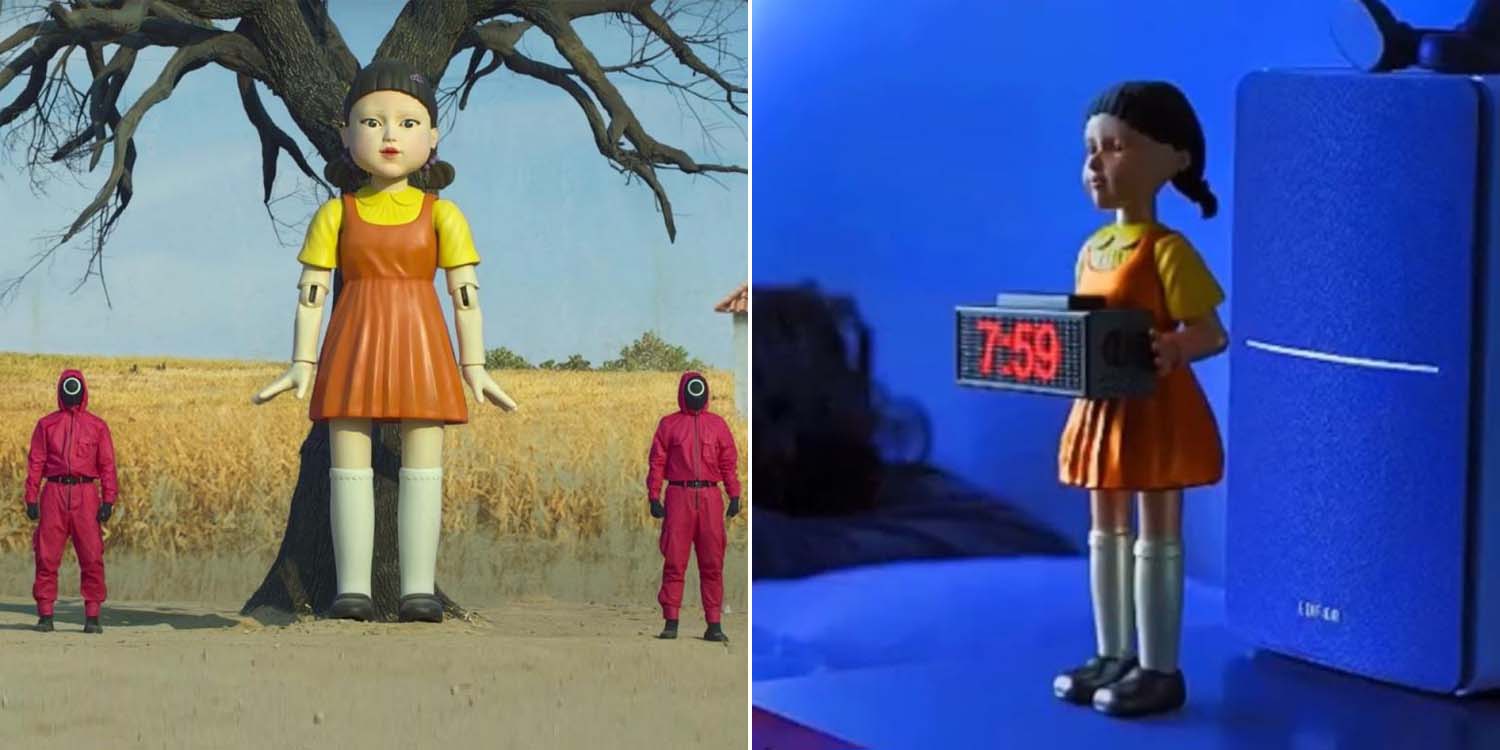 UPDATE (15 Oct, 10am): MS News has been informed that the original concept for the Squid Game doll alarm clock was by 3D concept artist @gaspar.3d on Instagram. He has stated in his post that it’s not for sale, though it’s unclear if the product on Shopee may be a different rendition of the design.

As the Netflix series Squid Game soar in popularity, so has the ‘Red Light, Green Light‘ game and the creepy doll featured in the show. 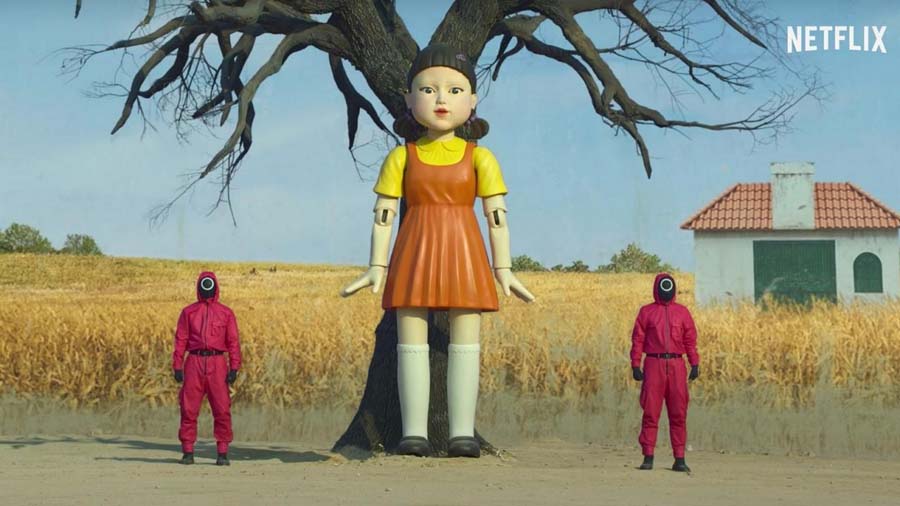 Riding on the hype, some have recently launched an equally scary alarm clock, clearly taking inspiration from the infamous doll.

Just like the fictional doll, this alarm clock can sing creepy tunes and fire bullets – non-deadly, of course – that will get you out of bed in an instant.

To help us get out of bed, the killer doll from Squid Game has seemingly taken on the guise of an alarm clock. 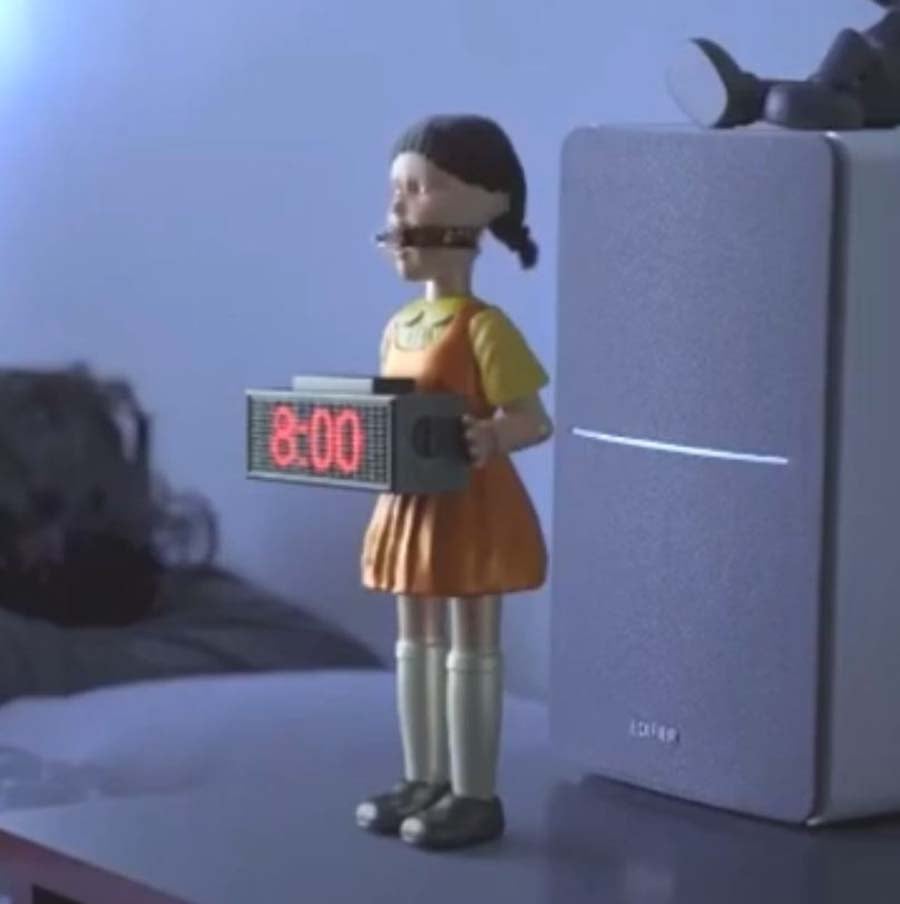 In case the tune isn’t enough to creep you out of bed, the alarm clock can apparently turn its head and fire bullets. The projectiles are made of rubber, so you can rest assured that you wouldn’t be ‘eliminated’ for good.

At first, this unorthodox way to wake up might appear extreme, but think of it this way — you wouldn’t get shot if you manage to wake up in time.

Available on Shopee from $25

Chances are, the Squid Game alarm clock will work best on bed-hoggers who are still living in fear of the creepy doll.

If you are one of those folks who have difficulties getting out of bed in the morning, consider getting one on Shoppee from $24.93. 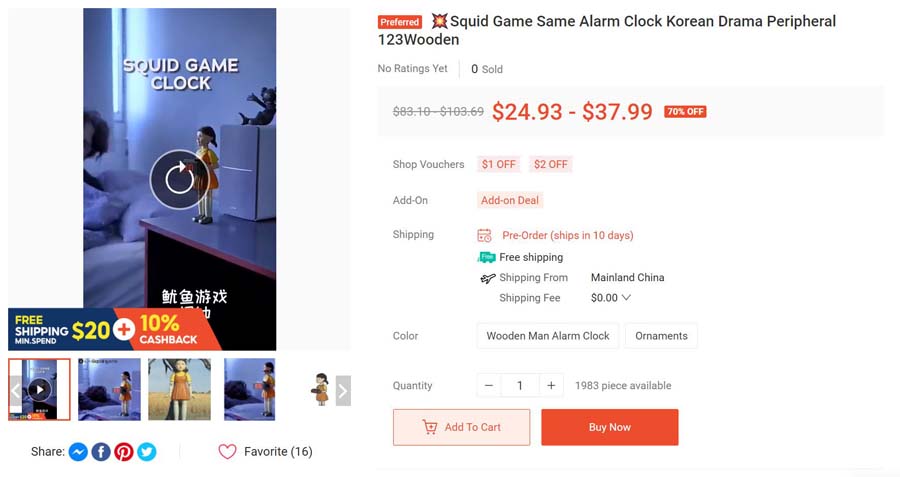 Getting out of bed can be extremely difficult for some of us.

If the siren-esque tone of traditional alarm clocks isn’t enough to get you out of bed, consider scaring yourself with this Squid Game clock instead.

Know someone who might need this by their bedside, tag them in the comments below.