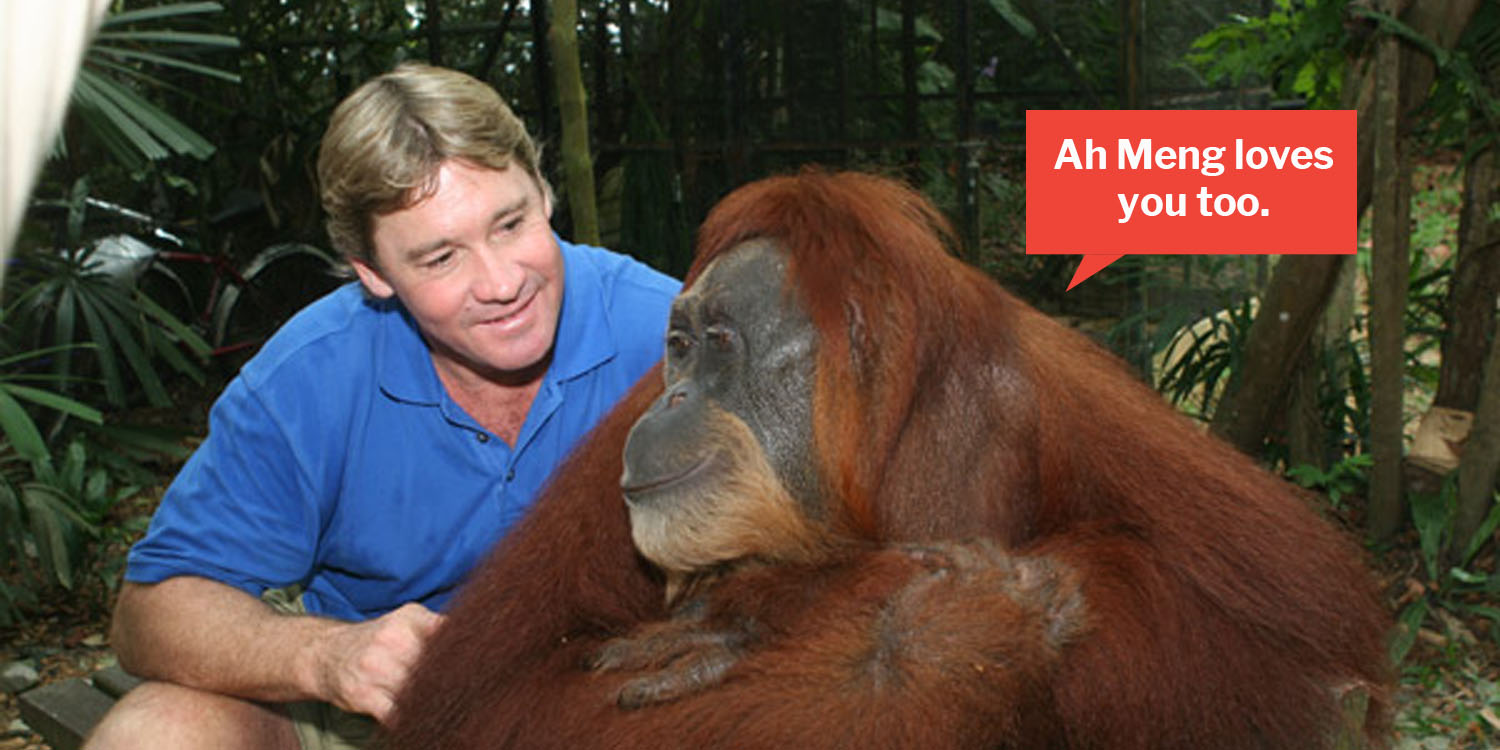 22 Feb marks the late Crocodile Hunter Steve Irwin’s birthday. Google is commemorating what would’ve been his 57th birthday in 2019 with a special Google Doodle.

His animal conservation efforts have taken him to many countries worldwide, but few would remember when he stopped by our little red dot. 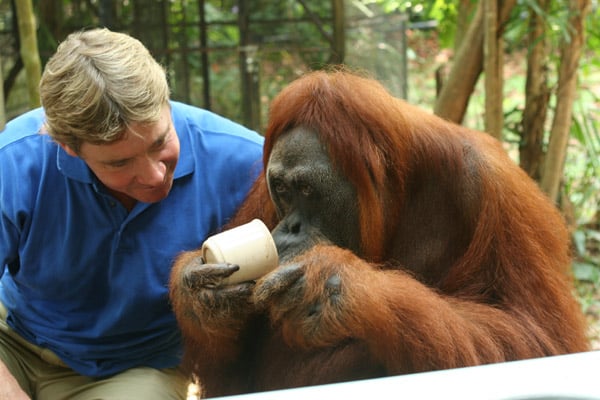 Yes, Steve Irwin was at our very own Singapore Zoo in 2004 and he absolutely enjoyed his time here.

Fell in love with Ah Meng

He got up close with the animals and grew fond of the primates, but a particular one captured his heart — Singapore Zoo’s resident celebrity, the late Ah Meng. 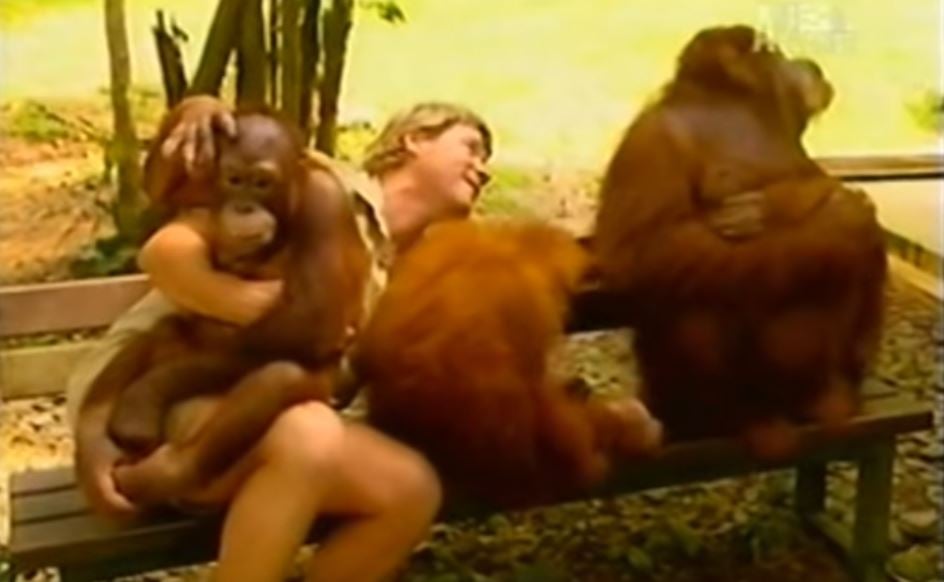 His daughter Bindi said in an interview that her father loved Ah Meng so much that he would joke about having another lover.

He’d come home and say to his wife, “Terri, I’m leaving you because I’ve met a girl and it’s an orangutan.”

What really endeared Singapore Zoo to him was that some of the animals are allowed to roam free.

Here’s an establishment that takes great pride in letting the monkeys out. And by jingo, they are happy monkeys. Very, very happy, very interactive, love people and love life.

This strong attraction led him to refer to Singapore Zoo as Australia Zoo’s sister zoo.

Throughout the episode, Steve kept singing praises for Singapore Zoo. 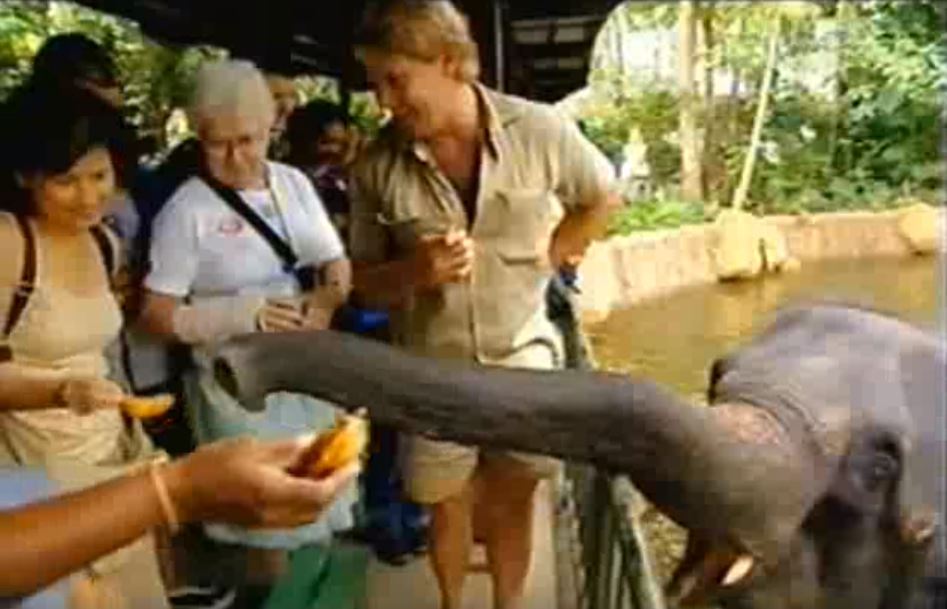 He lauded the zoo’s amazing success at breeding animals and saving them from endangerment:

Singapore Zoo has done a sensational job in breeding. They probably got the best breeding track record out of anyone in the world.

He also dropped by Jurong Bird Park, which he described to be “easily the greatest avian encounter you could ever have.” 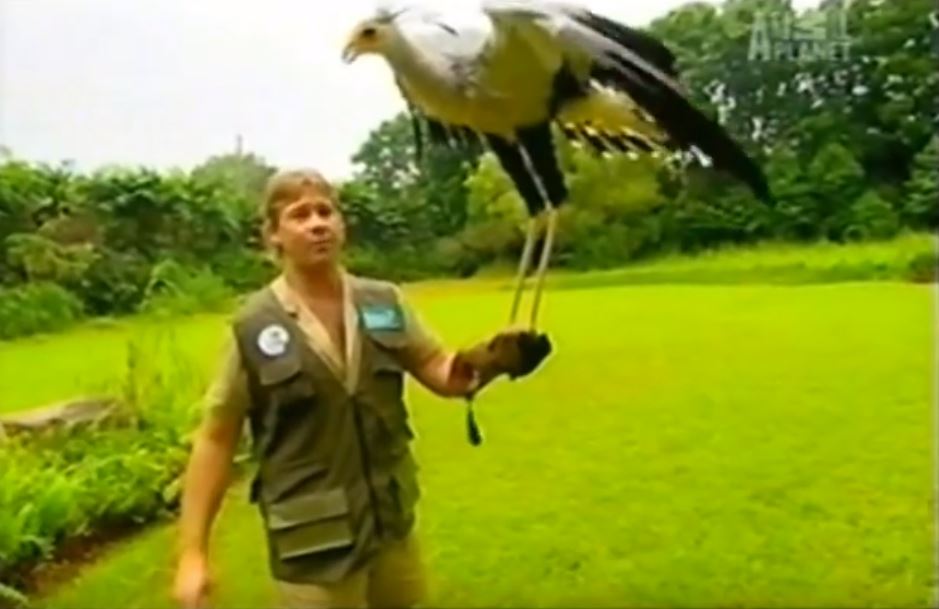 Clearly, his experience at Singapore’s wildlife reserves were positively memorable, judging from his enthusiastic reactions.

Steve Irwin has become a huge inspiration for people around the world to care more for animals that need our help. Though he has left this world, his legacy will remain for years to come.

If you’re feeling nostalgic already, you can always re-watch The Crocodile Hunter series, or make a trip to Singapore Zoo.

Many may not know this, but Steve helped to design the Australian Outback, and was here for the official opening in 2006. 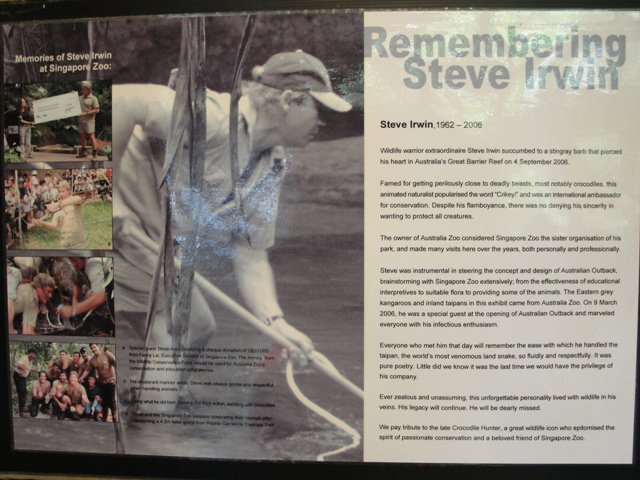 Let’s hope that many more people will follow in Steve Irwin’s footsteps and help to keep the world’s animal population alive.