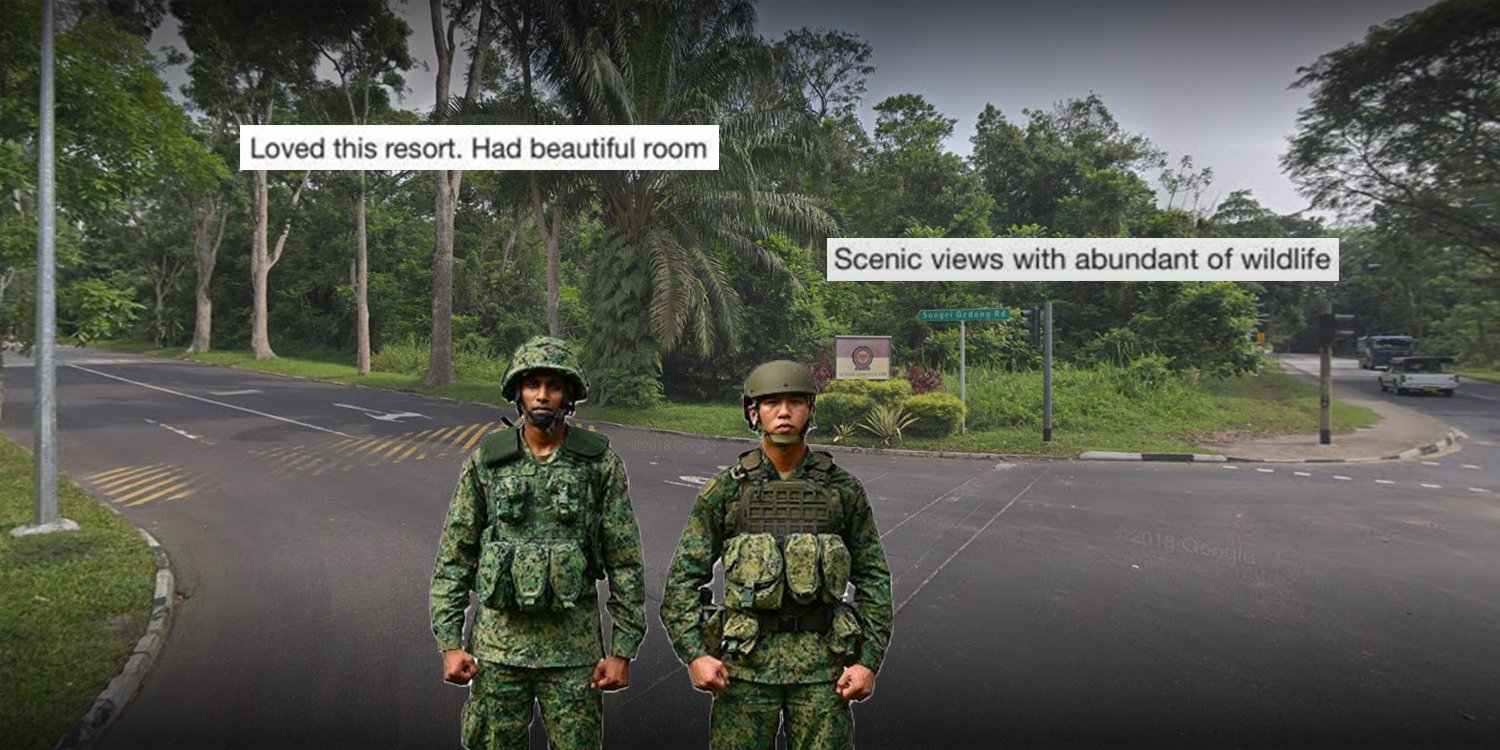 Sungei Gedong Camp is an army camp that will probably draw groans from those who have visited it, as 1. there are few camps more ulu, being located in Lim Chu Kang, and 2. most of its visitors are likely to be full-time national servicemen (NSFs), meaning they are probably not there by choice — especially if they live in the east.

In a funny twist, reviews of it can be found when someone searches for the camp on Google, and many of the reviews have depicted the camp as though it were a resort.

One netizen took a screenshot and shared some of the reviews in a Facebook post back in Nov 2017, but the post has resurfaced recently – garnering over 900 shares at the time of writing.

We tried checking to see if there were more reviews on Google but the reviews appear to have been purged. Luckily, the netizen’s screenshots remain online for our viewing pleasure.

We curate some of the best reviews so you can get a better idea of the ‘resort’, which only a privileged few get to experience.

1. “Will definitely come back again”

Users Rachel Lin and Ashley Phua provided a glowing review of the ‘resort’, with the former gushing at the view from her supposed room and praising its location away from the city.

They certainly enjoyed their stay (free coffee is always a plus), and in the bustling metropolis that is Singapore, getting away from civilization can sometimes be welcome. We bet it’s a cheaper experience than MBS too!

Not all reviews were positive, as this one by Lin De Lee shows.

Probably a late riser who did not appreciate being woken up in the early morning. Perhaps he should wake up earlier and appreciate the sunrise if he wants to start the day right?

3. “Meditating away from civilization in the sacred halls of Armour HQ”

Sungei Gedong is home to not only the ‘sacred halls of Armor HQ’, it is also a training ground for aspiring soldiers. Unfortunately, the drawbacks appear to be numerous, including a ‘lower EXP yield’, those seeking to train might wish to look elsewhere.

But if you’re seeking enlightenment in Shangri-La, Sungei Gedong might just be the place to visit instead if you’re tight on cash.

Turn a negative into a positive

Despite some of the glowing reviews, the camp currently holds a 2.3 star rating on Google. Perhaps some people did not enjoy having their freedom taken from them. However, we can learn a lesson here: everything can be turned into a positive if you have the right mindset!

Additionally, maybe the SAF can open up old camps for resort purposes, since they are located so close to nature? Maybe install an Infinity Pool or two while they’re at it.