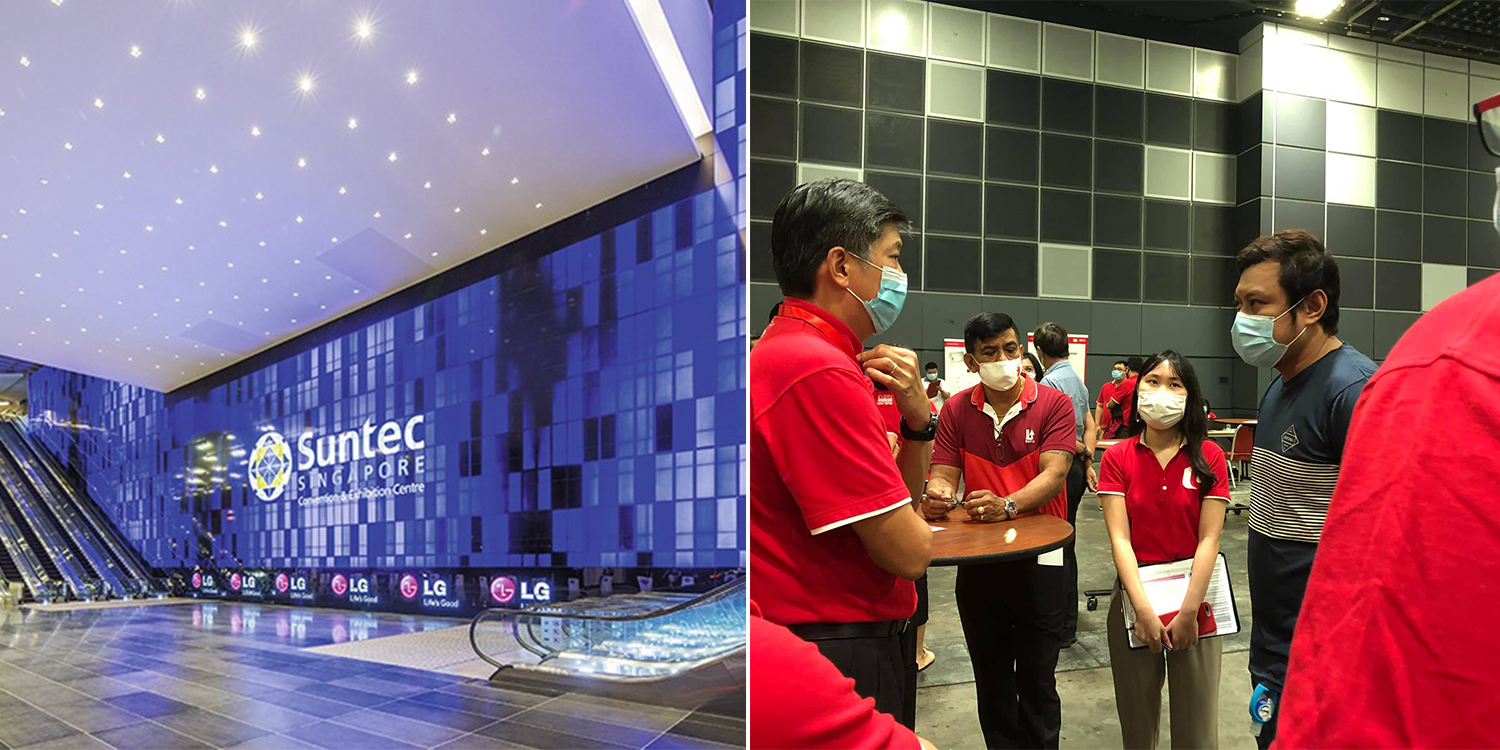 The events and conventions industries have been some of the worst-hit amid the Covid-19 pandemic, and many face losses from cancelled and potential events that won’t take place now.

In light of this, Suntec Singapore announced that it let go of a total of 85 workers on Thursday (27 Aug).

This is almost 50% of their workforce, and 60 Singaporeans and 25 foreigners were released from their jobs.

However, National Union Trade Congress (NTUC) Secretary-General Ng Chee Meng assured that the retrenched workers will get a fair package as well as job support. 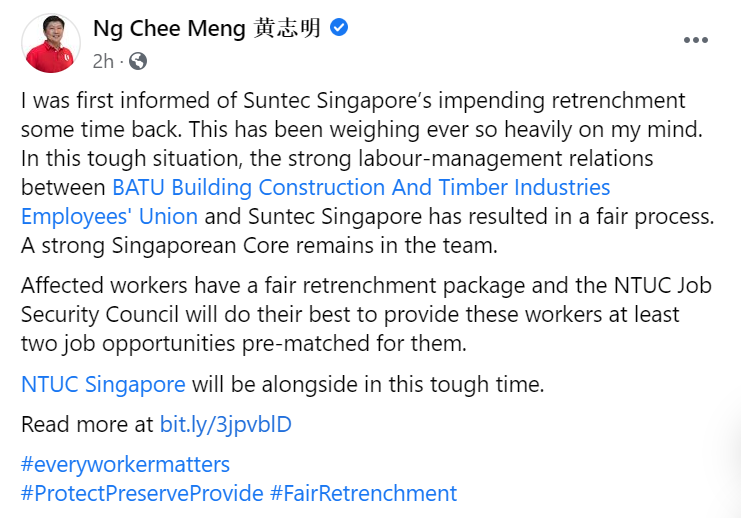 The 85 workers were in various positions, which weren’t restricted to events management.

They included staff in the following departments:

Suntec Singapore said that the remaining workers are mainly Singaporean, with 89 locals and 4 foreigners.

They also took care to ensure that there was representation among various age groups.

Suntec Singapore shared that they’d been working with the Building Construction And Timber Industries Employees’ Union (BATU) since early Feb on measures. 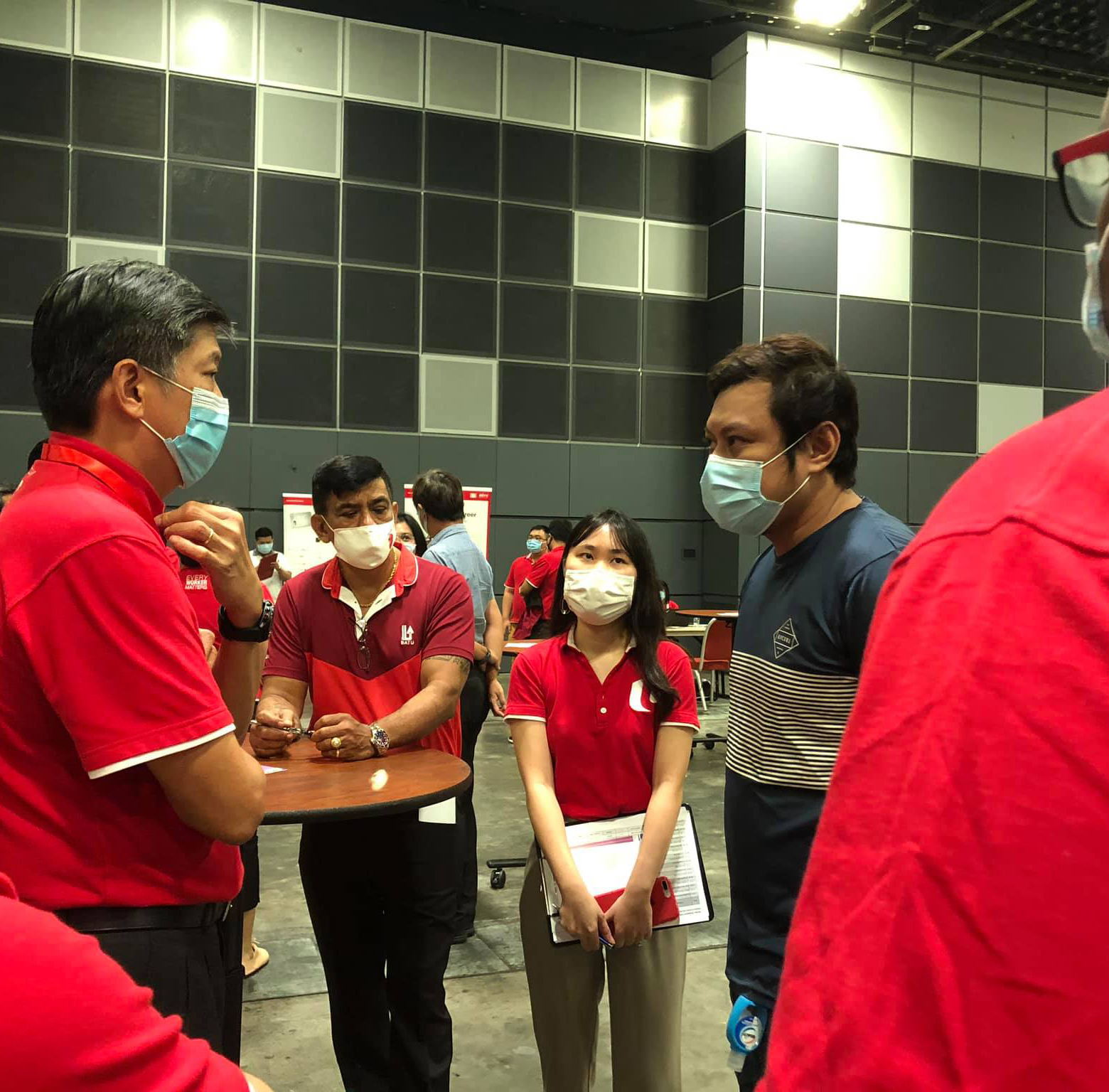 Events were suspended since Apr, which compounded matters.

However, the situation was still bleak and they had to make the tough decision to let go of staff.

The retrenched workers will receive one month’s salary for each year of service, and will be paid their pro-rated annual wage supplement

They’ll also be able to encash their leftover leave entitlements.

NTUC also pledged support through the NTUC Job Security Council, and will match the workers to at least 2 job openings based on skill and experience. 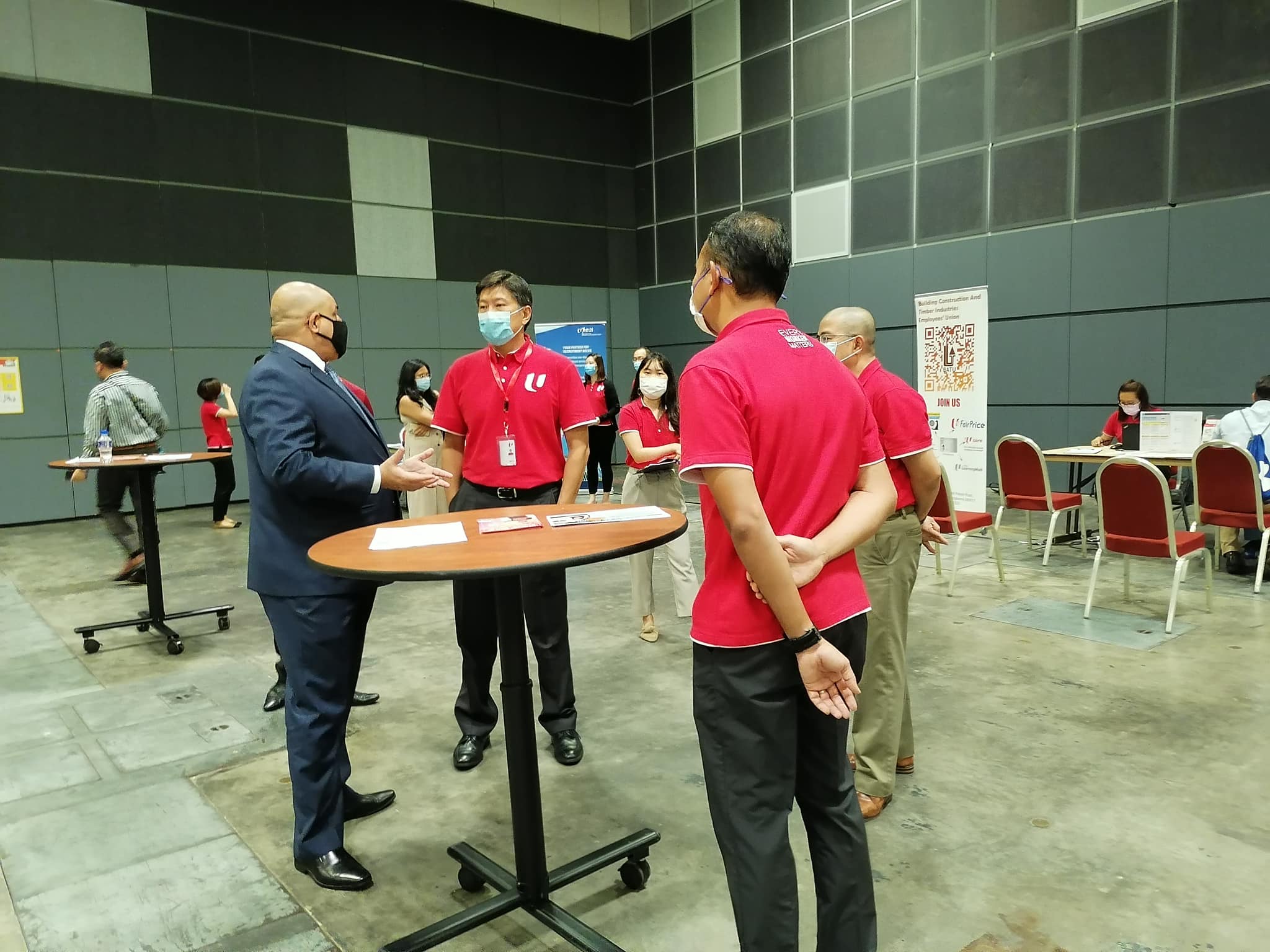 Mr Ng noted that he heard about the impending retrenchment some time back, and the matter has weighed on his mind.

Thanks to BATU’s efforts, he said that the process has been fair.

Some industries have definitely felt the weight of Covid-19 more than others, especially the events industry.

It’s unfortunate that the situation has resulted in a loss of jobs, but public safety is still very much the priority right now.

Large-scale events may continue to not be held for some time yet.

We sincerely hope that the retrenched workers manage to get back on their feet, and are glad to hear that they received fair retrenchment packages.