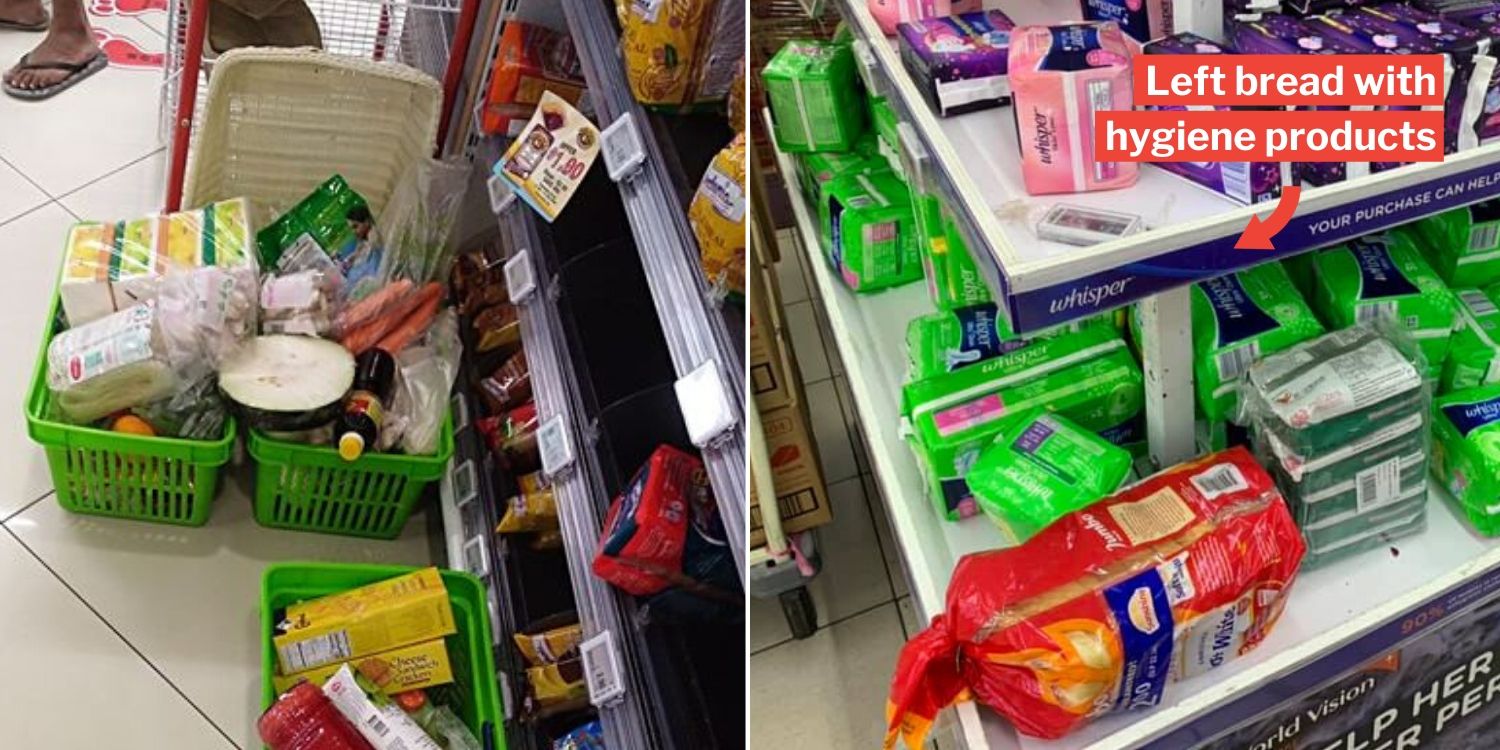 In the days leading up to the start of the ‘circuit breaker’ measures, snaking queues are a common sight in supermarkets, as Singaporeans start to stock up on food supplies — again.

As if that’s not bad enough, shoppers are apparently observing extremely inconsiderate behaviour.

Not only are trolleys seen strewn around void decks and malls, people are also abandoning items at irrelevant sections in supermarkets. 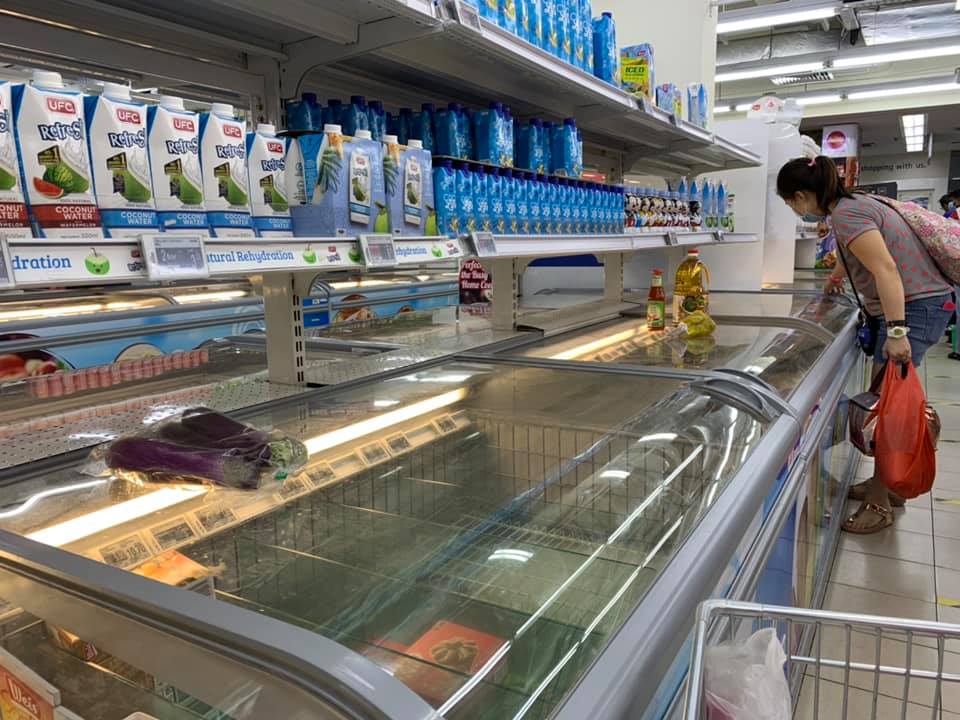 A brinjal left on top of the ice-cream fridge
Source

Supermarket employees, many of whom are elderly members, have to clean up after these unthoughtful patrons.

Images of full baskets left sitting on the floor recently made rounds on social media. Shoppers allegedly abandoned their baskets after failing to get through the long lines. Singaporeans have previously called out such selfish behaviour, showing that it is not an isolated incident.

S’poreans Call Out Shoppers Who Abandon Baskets To Siam Long Queues, ‘Cause We Can All Do Better

To make matters worse, people are also leaving their unwanted groceries in the wrong section, possibly because they were lazy to find the correct shelves.

This results in bizarre and unhygienic ‘combinations’ like HL milk in a gyoza freezer and bread loaves among sanitary pads. 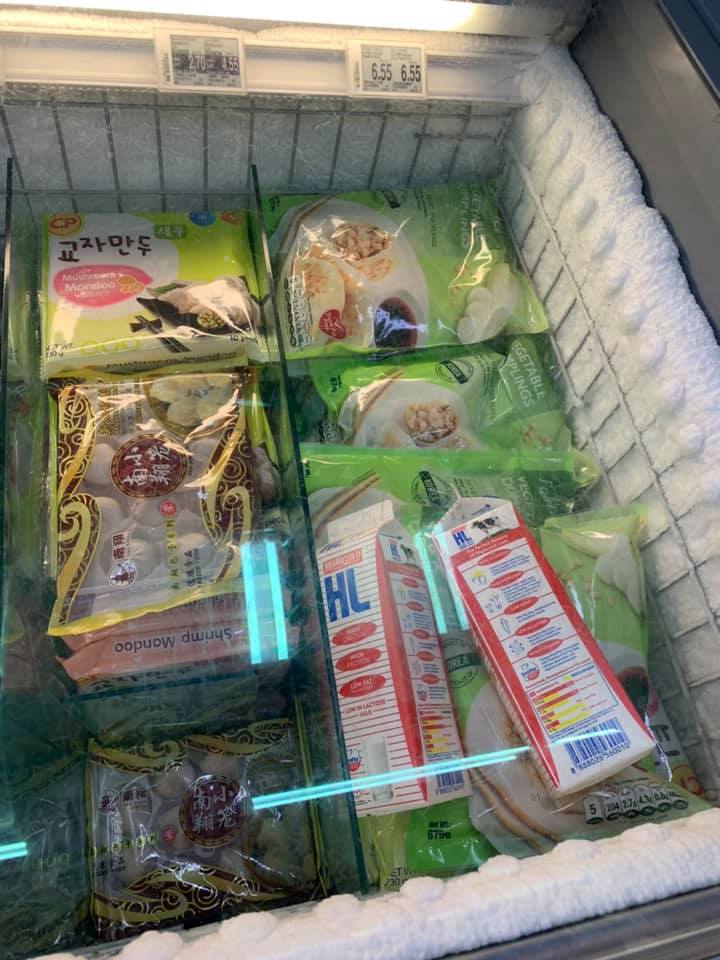 Each shelf is also evidently messy after shoppers rummaged through items to obtain what they wanted. At the end of the day, someone has to clear the clutter.

A photo by Local news site STOMP shows an elderly NTUC uncle returning the items one by one to their respective locations. 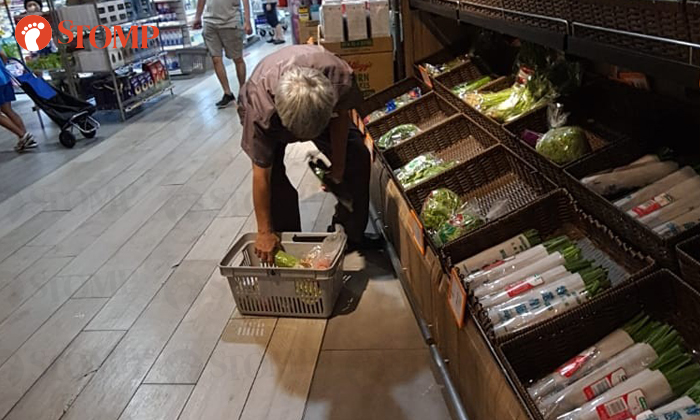 One can only imagine how back-breaking and time consuming the task is.

This draws light to the consequences of such selfish acts and the gaping lack of thought for people around us.

One lone shopper might have casually left a packet of grapes on top of the counter out of sheer convenience. 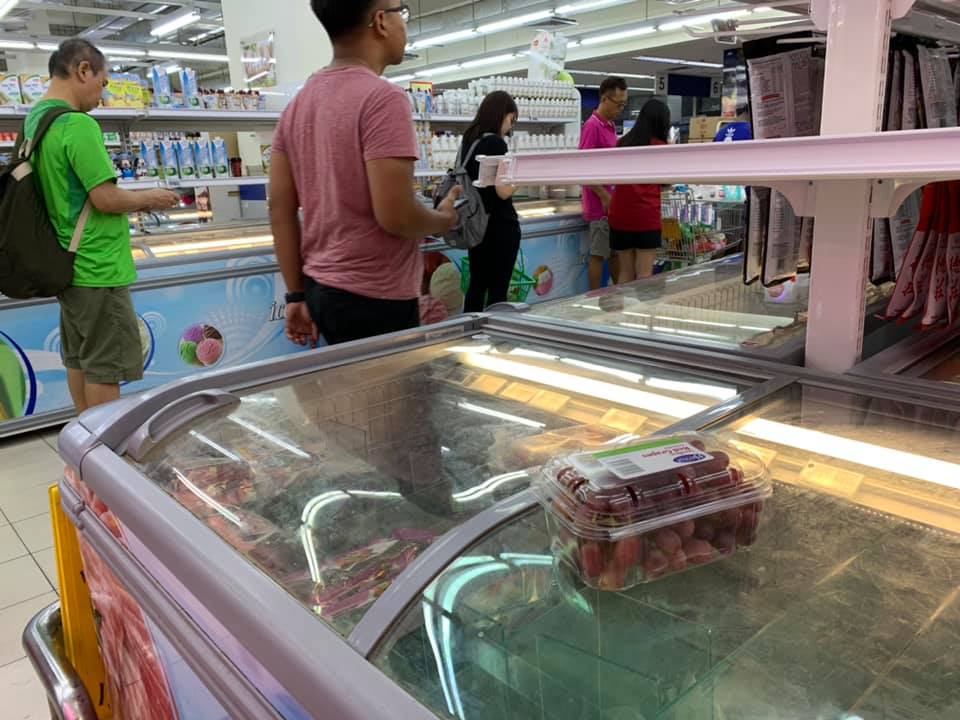 But when many Singaporeans do the same, employees have to scurry to put things back in order, adding to their already heavy workload. Shoppers, please spare a thought for others

Understandably, we are all trying to cut down time spent at supermarkets and get home ASAP.

Though so, we should spare a thought for workers who are toiling hard to keep our essential services running so we have our food supplies during this critical period.

Let’s be responsible for our own baskets and trolleys.