S’poreans Call Out Shoppers Who Abandon Baskets To Siam Long Queues, ‘Cause We Can All Do Better 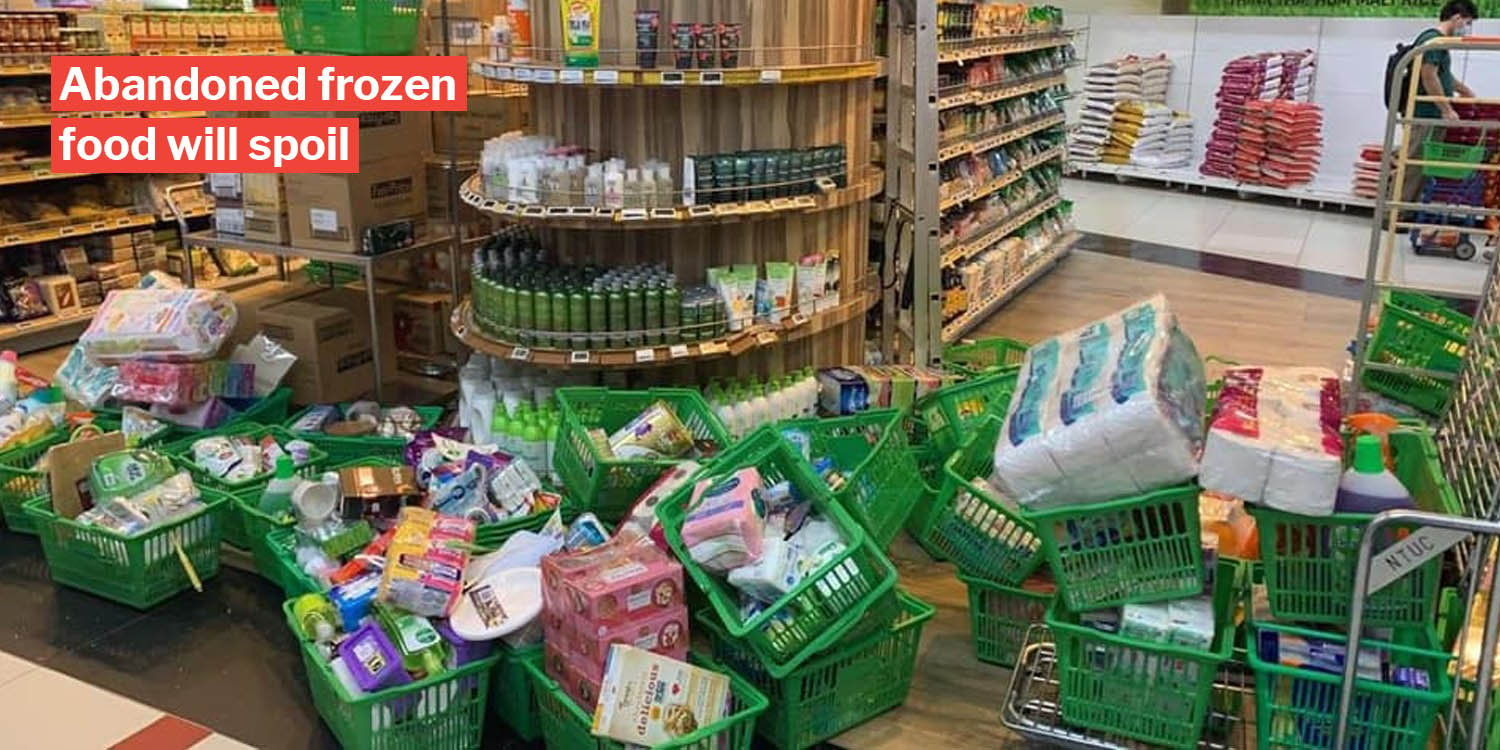 Let's all be responsible shoppers.

By now, you must’ve seen pictures of snaking queues forming in Singapore supermarkets after Ministry of Health (MOH) raised the DORSCON level from yellow to orange.

While some have the patience to line up for payment, some do not. And when they abandon their spots in the queue, they end up leaving their baskets on the floor too. 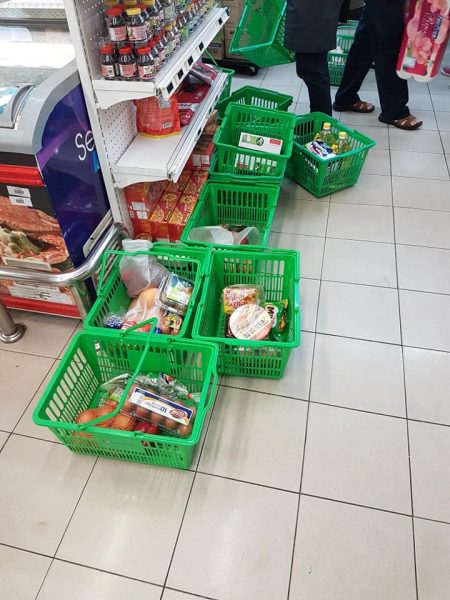 Now here’s the problem. Some of these baskets apparently contain frozen foods, which may spoil if left out in the open for a prolonged period of time.

On Saturday (8 Feb), a Singaporean netizen named Willy took to Facebook, calling out these irresponsible shoppers. 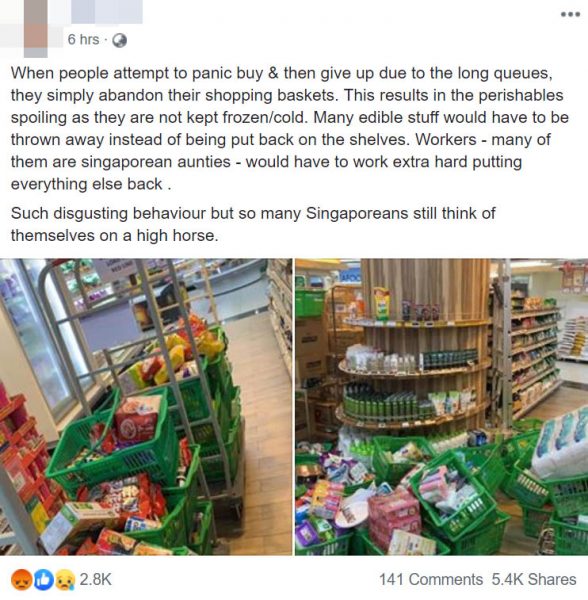 In his post, Willy wrote that though many people visited supermarkets in throngs on Friday (7 Feb), some customers couldn’t withstand the long queues and “simply abandon their shopping baskets”. 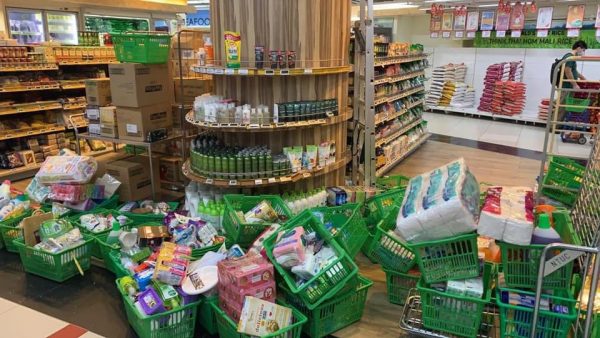 Willy did not reveal where the photos were taken, but heaps of baskets can be seen abandoned on the floor. Many of them filled to the brim with products. 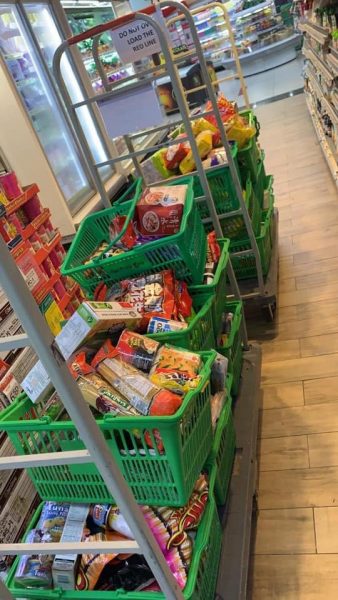 With the overwhelming crowd, supermarkets may not have enough manpower to place products in the baskets back to where they belong.

Hence, some food that are required to be frozen may spoil in the process.

In his post, Willy urged shoppers to be responsible and spare the staff – many of whom are “aunties” – the extra work.

Other Singaporeans point out similar phenomenon

Turns out, Willy wasn’t the only one to have observed the phenomenon. 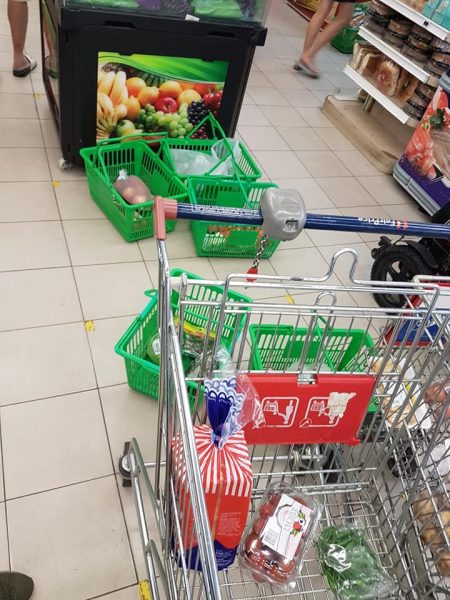 The photos were taken at around 8.30pm. 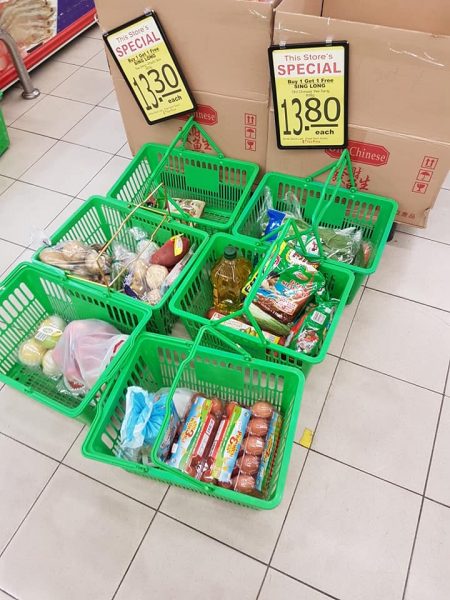 Like Willy, Farid urged shoppers to be decent human beings and return whatever was in their baskets to their original places, should they ‘abandon post’. 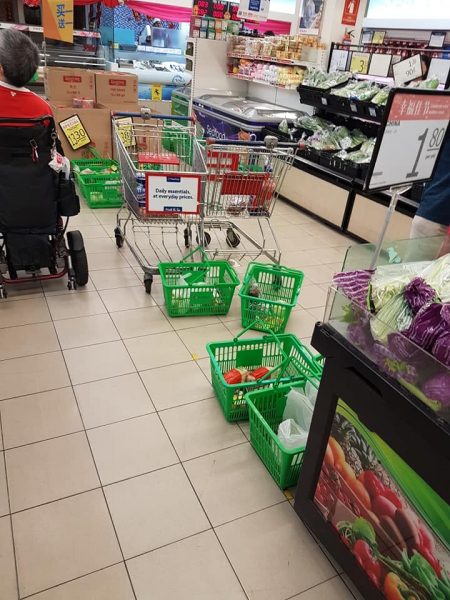 Like Willy and Farid, pictures of these forsaken shopping baskets are infuriating, to say the least.

While rushing to supermarkets to panic-buy is already frowned upon, the least one can do after ‘abandoning post’ at the queue is to return products to their original locations, so perishables won’t spoil as easily.

At the end of the day, if this phenomenon becomes the norm, Singaporeans have the most to lose.

Think about it — more food wasted = less food for Singaporeans = higher food prices = all of us go pok gai AKA broke.

The Wuhan coronavirus has already caused us enough trouble, let’s make sure we do not exacerbate the situation we are already in.