Walk past the void deck of a block of flats in Tampines Street 53 and you will see 2 refrigerators just standing there – yup, totally open to anyone who walks by. And they are stocked with food.

On Saturday (Jan 21), the 2 community fridges were unveiled by Tampines MP Baey Yam Keng, who is also Parliamentary Secretary for the Ministry of Culture, Community and Youth.

This initiative by Tampines Town Council aims to help the needy families living in the area – more notably the residents of Block 441 and 442 (which houses around 100 single-room rental flats). 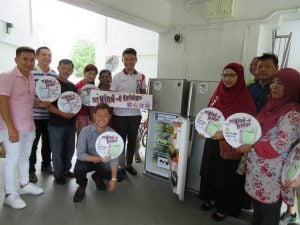 Residents are encouraged to donate necessities like fruits, meat, fish, vegetables and drinks for the less privileged.

The 2 fridges will cater to everyone, with one meant for halal food and the other for non-halal items. 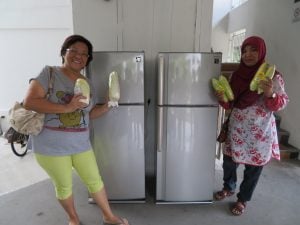 Speaking to The Straits Times, Mr Baey hoped that apart from the free food up for grabs, residents will also mingle with each other more to form a tightly knit community. 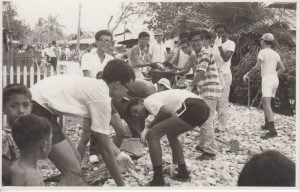 Perhaps we are being really cynical, but what keeps the food from just being taken by freeloaders?

Skeptical netizens have shared these genuine concerns. While acknowledging this is a step in the right direction, some people on Reddit were well aware of how ‘ugly’ some Singaporeans can be. Read our story on how inconsiderate some residents can be.

But many netizens were thankful for the effort, and have complimented the good work put in by the town council.

This netizen liked it so much, he wanted it to be implemented in Punggol too (presumably where he lives?).

Well the ball is in your court now, Pasir Ris-Punggol Town Council.

Mr Baey and his team went door-to-door to share the news with residents. 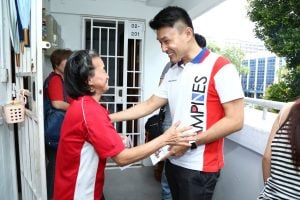 Less than 2 hours after that, half of the food was already taken.

Writing on his Facebook page, Mr Baey mentioned it is “great that the low-income families can help themselves to the kindness of the public”. 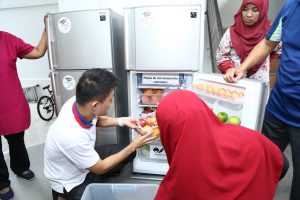 Hats off to Tampines Town Council for coming up with such a unique way to help the underprivileged and promote community engagement at the same time.

We certainly hope to see more of such initiatives being implemented in the near future.