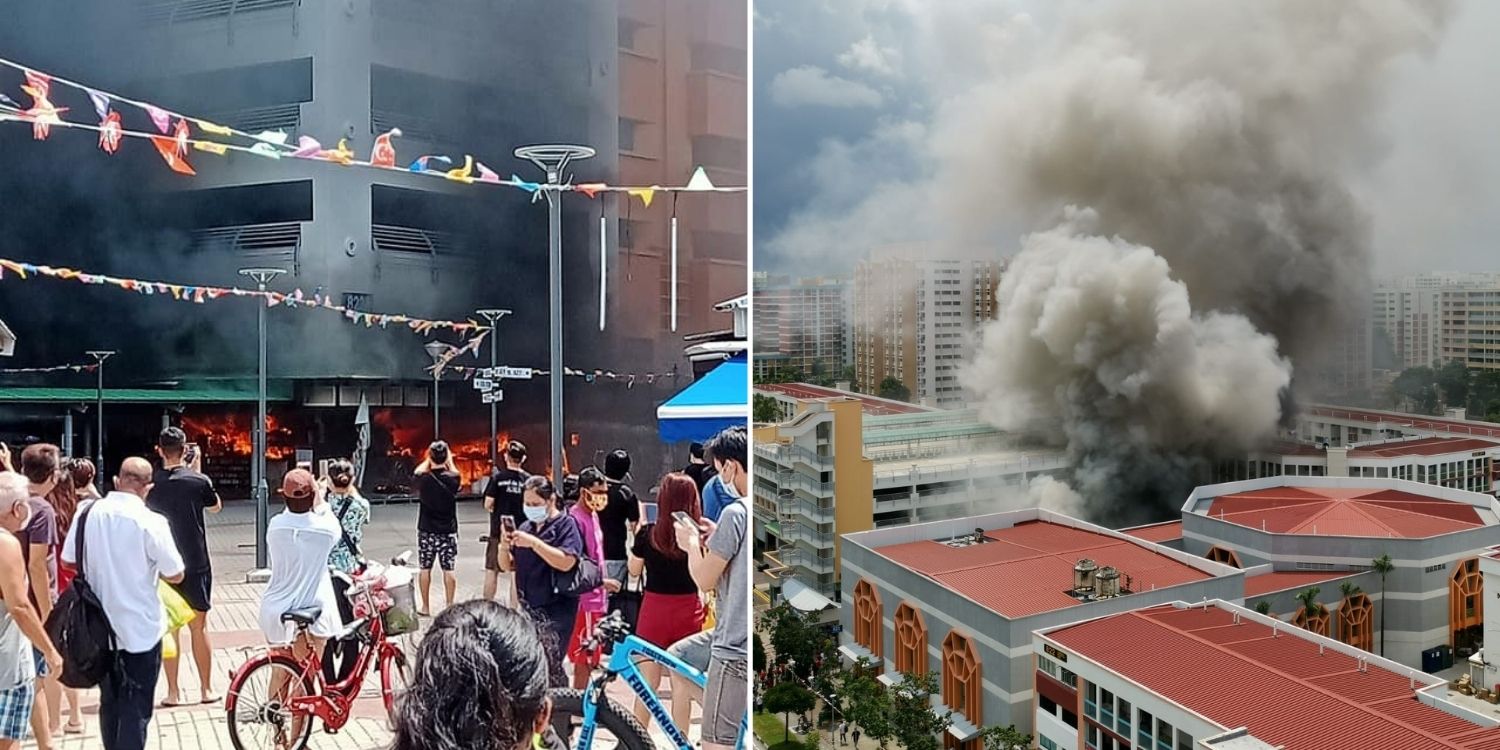 UPDATE (7 Aug, 5.30pm): According to SCDF, the kopitiam fire was extinguished within an hour using 4 water jets.

The cause of the fire is still under investigation, but there are thankfully no reported injuries.

Fires can break out at any place and time, especially when you least expect them.

On Saturday (7 Aug) afternoon, a fire broke out at a coffee shop at Block 823A Tampines Street 81.

On Saturday (7 Aug), Tampines residents spotted a massive fire at the bustling bazaar area at around 2.45pm.

Social media has since been ablaze with pictures and videos of the fire and the thick plumes of smoke seen billowing from the general area of the eatery.

The fire appears to have started from within the Kopitiam which spread quickly to the nearby structures. 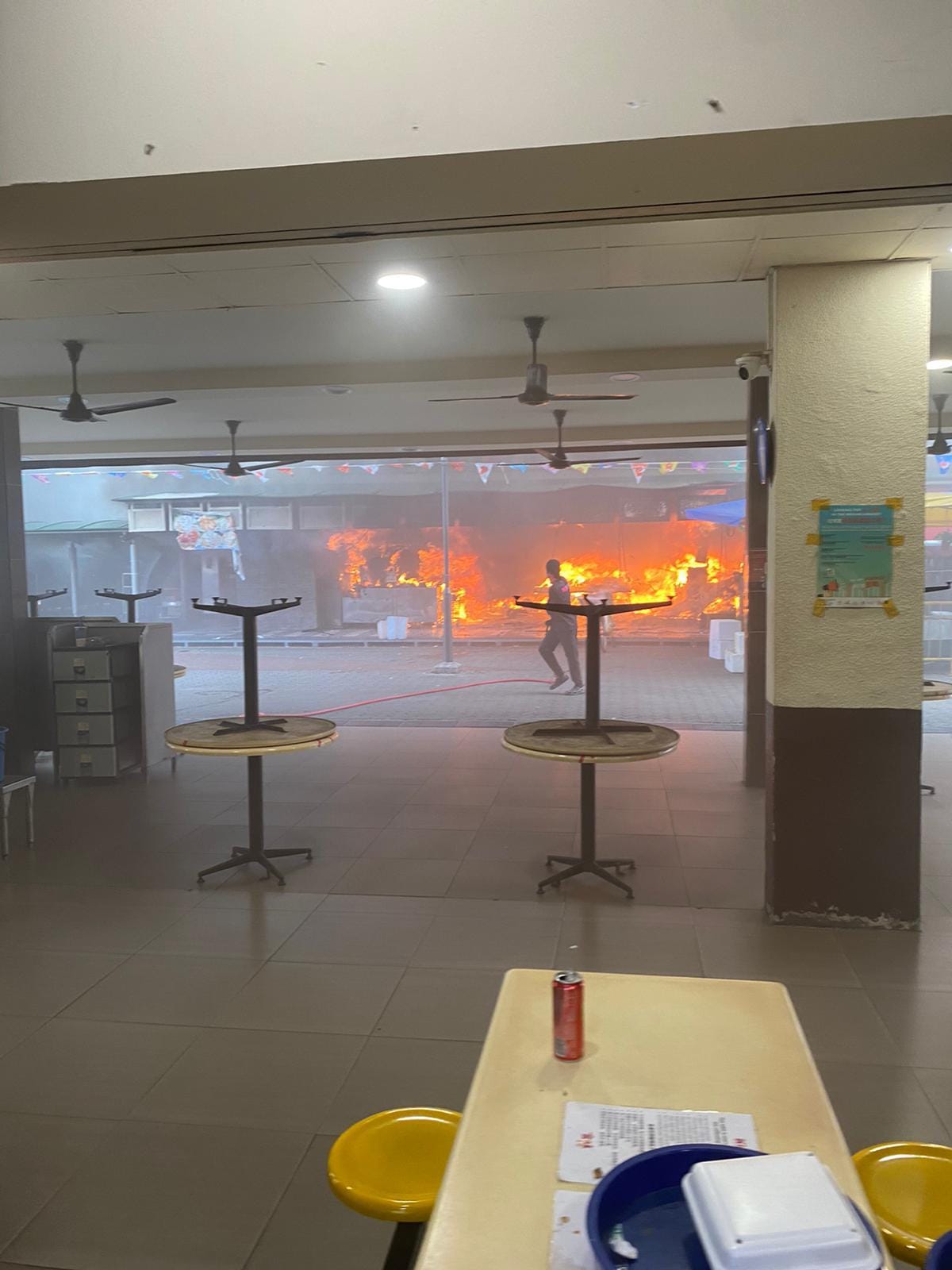 The eatery is located at Block 823A on Tampines Street 81 and appears to be called Food Park. In a video shared online, people were seen attempting to quell the flames before SCDF personnel arrived on the scene.

Onlookers gathered in droves to snap pictures and film videos of the raging fire.

In a Facebook update, SCDF confirmed that they were alerted at around 2.15pm to the fire that broke out at Block 823A Tampines Street 81. 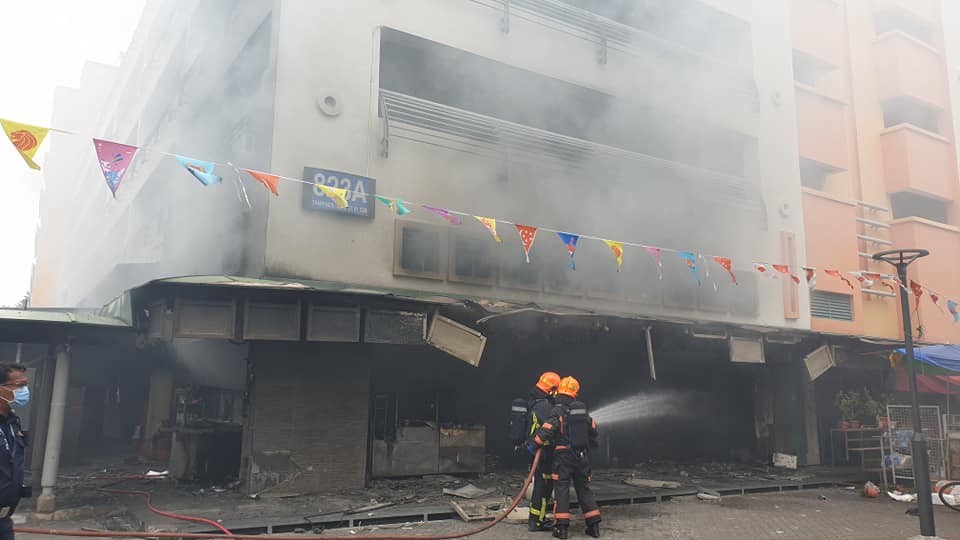 The fire reportedly involved the contents of a coffee shop and was extinguished within 1 hour using 4 water jets. 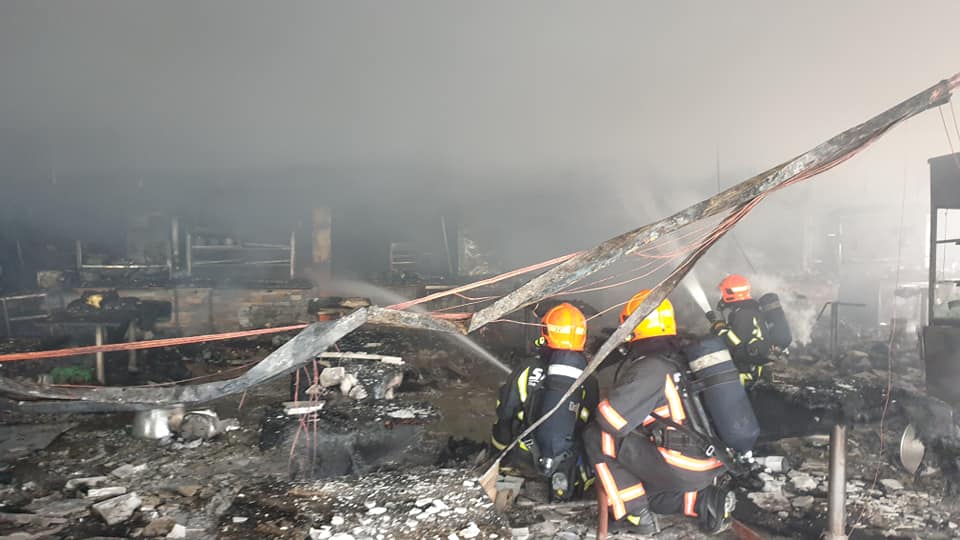 Thankfully, there were no reported injuries. The cause of the fire is still under investigation. 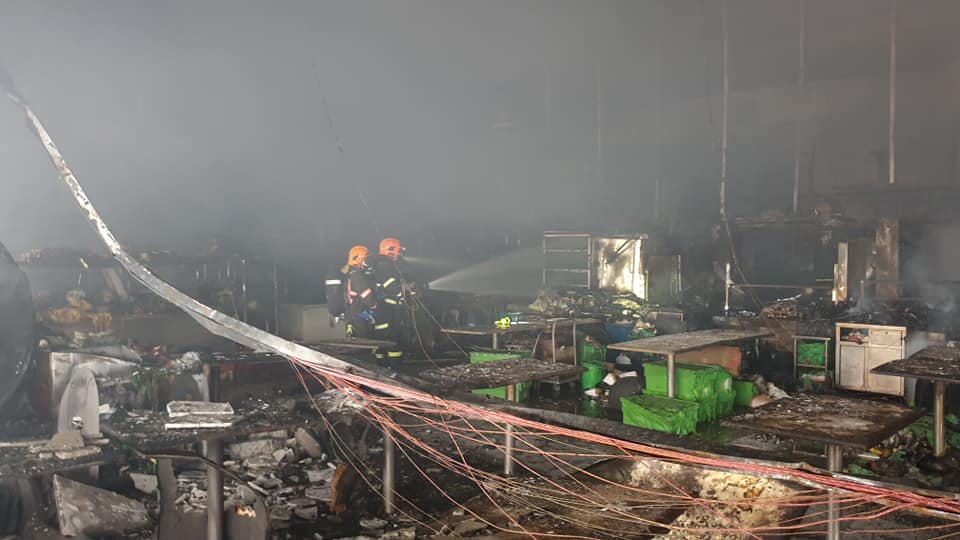 Kudos to the SCDF

Kudos to the SCDF for responding to the fire so quickly and extinguishing it before there were further damages.

Though investigations are still ongoing, we are nonetheless thankful that there are no reported injuries.