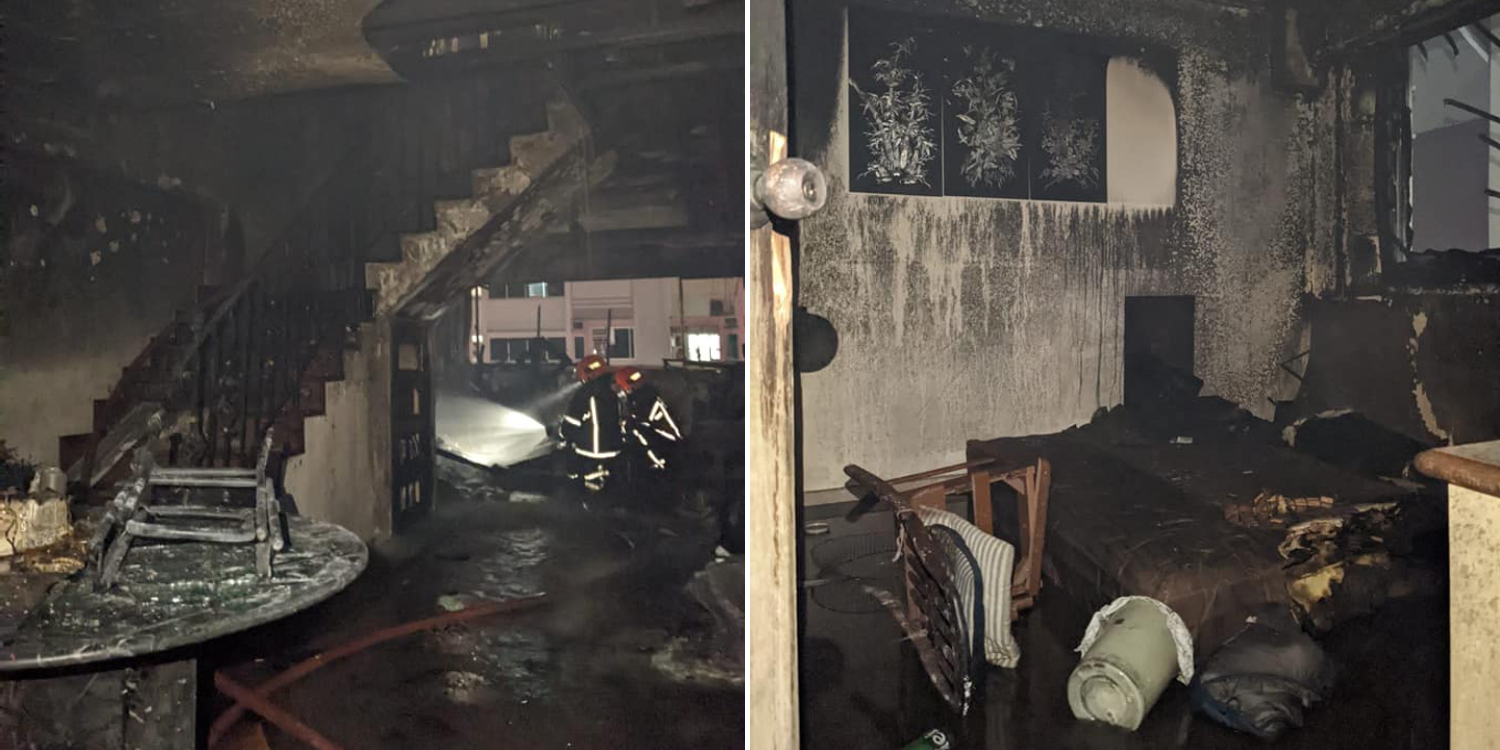 He is being assessed for a mandatory treatment order.

The fire that broke out in a Tampines maisonette on 28 Jan last year was started by a retiree who was feeling depressed over his Parkinson’s diagnosis.

While cleaning his flat with kerosene, he lit a cigarette and dropped it as he was feeling tired.

He then fell unconscious and was rescued by firefighters.

Channel NewsAsia (CNA) reports that Loh had been diagnosed with Parkinson’s disease around Apr 2020.

He was clinically diagnosed with depression following the news.

However, the anti-depressants he was prescribed did not help and he remained in a “persistent low mood”.

On the day of the fire, 28 Jan 2022, Loh drank alcohol while cleaning his flat with kerosene.

He sent a message to his family’s group chat saying goodbye and that he loved them.

After that, he lit a cigarette in his room and started smoking. He then dropped it as he felt tired despite knowing that there was kerosene all over the floor.

As a result, the cigarette started a huge fire.

The Straits Times (ST) reports that Loh’s daughter pleaded with Singapore Civil Defence Force (SCDF) officers to save him as he was still inside the flat as the fire raged.

The fire caused vast damage and Loh was sent to the hospital for smoke inhalation.

He was later admitted to the Institute of Mental Health (IMH) and stayed there from 4 Feb to July 2022.

A doctor’s report showed that there appeared to be a contributory link between Loh’s depression and the offence. Regardless, he was deemed fit to plead.

According to CNA, Loh was allowed to sit instead of stand, as is customary for those facing charges.

The prosecutor asked for a pre-sentencing report to assess whether Loh is fit for a mandatory treatment order.

Judge concerned about Loh, asks him to be honest with psychiatrist

District Judge Eugene Teo was concerned about two things, namely, Loh’s previous history of compliance with medication. The nature of this was not clarified by CNA.

He was also concerned about Loh appearing to “maintain a distance” from himself and his actions and urged him to be forthcoming with his psychiatrist about his struggles.

“You have never been imprisoned before and we are trying to keep you out, that’s why we are asking you to go for this assessment,” said Judge Teo.

Being honest is important if Loh is to be successfully rehabilitated, the judge noted. Otherwise, Loh may not qualify for the mandatory treatment order.

Loh said he wanted to plead for leniency. The case will be heard again in February.