When it comes to bringing kids out for some fun in the sun, playgrounds often come to mind. 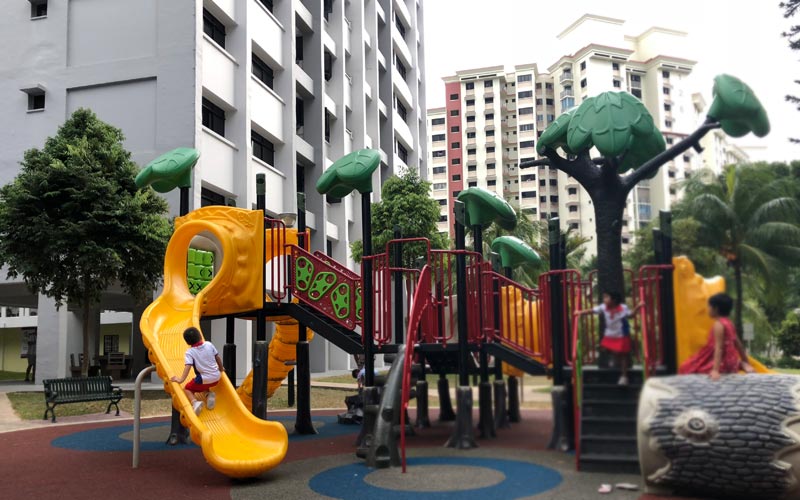 As kids are known to be energetic and curious, it’s best to keep an eye for potential hazards lying around at these places, as told by a HDB resident on Sunday (15 Sep).

A Singaporean man, known as Mr Alamin, shared on Facebook that he found a used Intravenous (IV) needle at the Block 207 playground in Tampines. 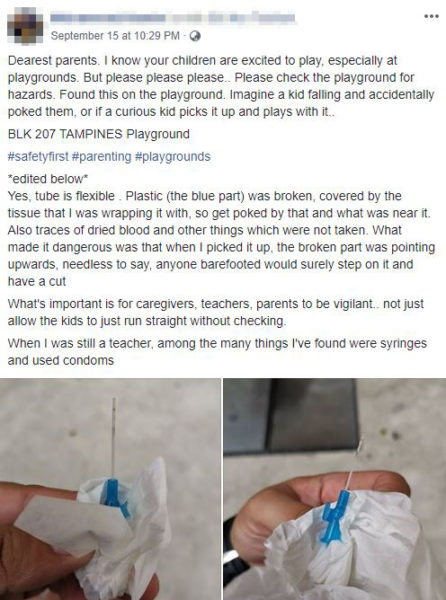 Using this as a cautionary tale, he urged parents and teachers to check the playground for hazards, as it’s important for them to look out for the safety of children.

Mr Alamin’s post had garnered 1,000 shared at the time of writing.

Mr Alamin shared that he found a used medical IV needle at a playground in Block 207 Tampines Street 21.

Upon taking a closer look at the needle, he found traces of dried blood stains in the tube, implying that it had been used before.

Additionally, he mentioned that even though the IV needle tube was flexible, the plastic “blue part was broken”, which made it sharp and dangerous. 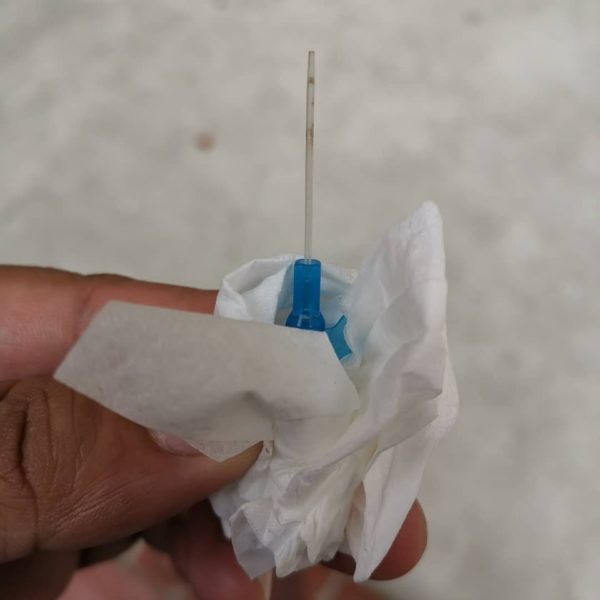 Mr Alamin also shared that when he first spotted the needle on the floor, the sharp part was pointing upwards, posing as a hazard if children were to play with or step on it.

Playgrounds should be checked before playing

After his unexpected discovery, Mr Alamin urged parents, caregivers, or anyone bringing a child to playgrounds, to search the entire area carefully before letting kids play there.

As a former teacher, he also shared that some of the common hazards he used to find at playgrounds included condoms and syringes.

Oh dear, that sounds worrisome if kids chance upon these questionable items.

Being a responsible Singaporean

With that being said, it is also our responsibility to ensure that we do not litter around children’s play areas.

In fact, we shouldn’t litter at all. Every HDB block is equipped with at least 2 rubbish bins, so let’s make full use of it, and keep our environment clean and safe.

After all, why would you want to leave your used condoms and needles lying around?