Tan Kin Lian Offers To Be President For $1, Only If He Gets Front Row Seats On Buses 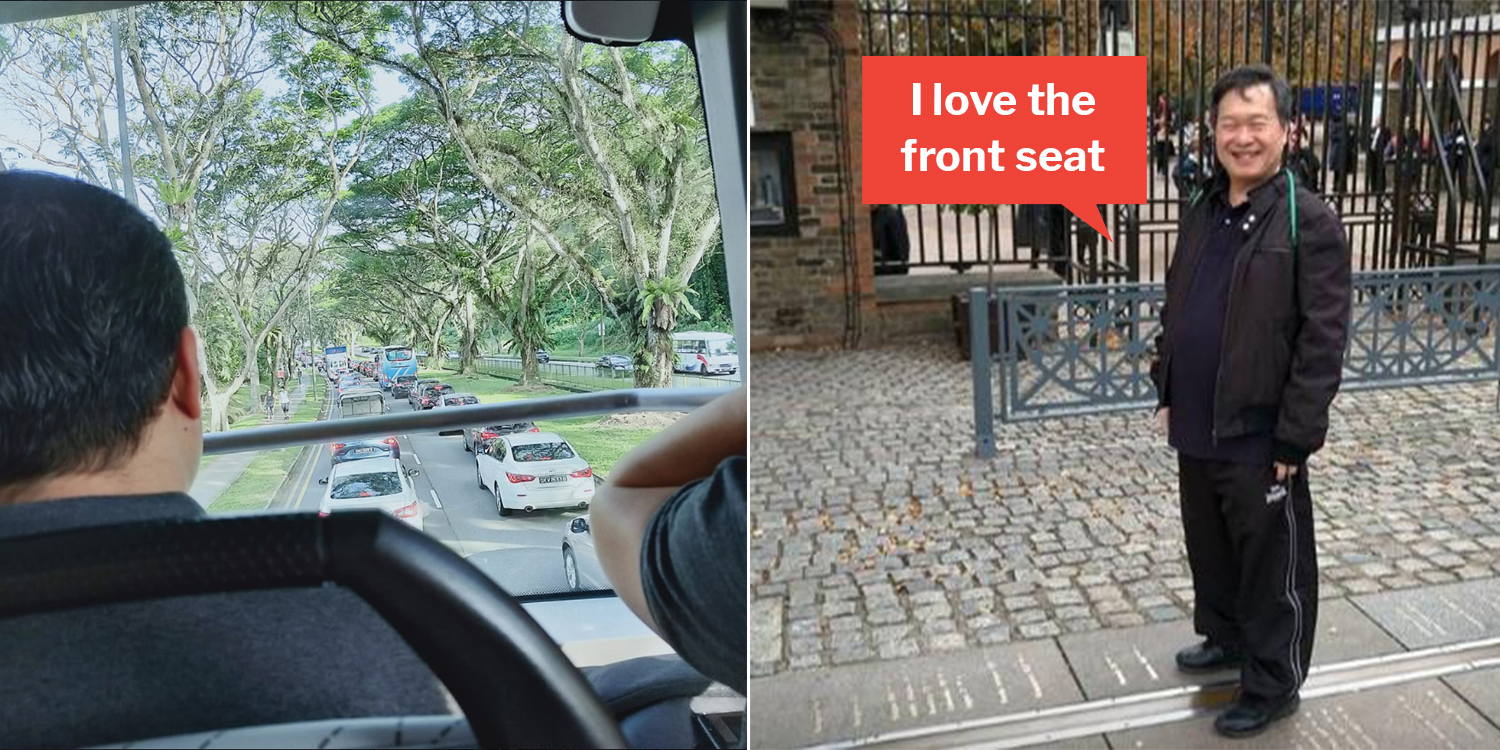 Before President Halimah Yacob, Tony Tan was Singapore’s President. At the time, one of his competitors was Tan Kin Lian — former Chief Executive Officer of NTUC Income.

Recently, Mr Tan made a Facebook post suggesting that he’ll accept the role again, and with a massive pay cut too. 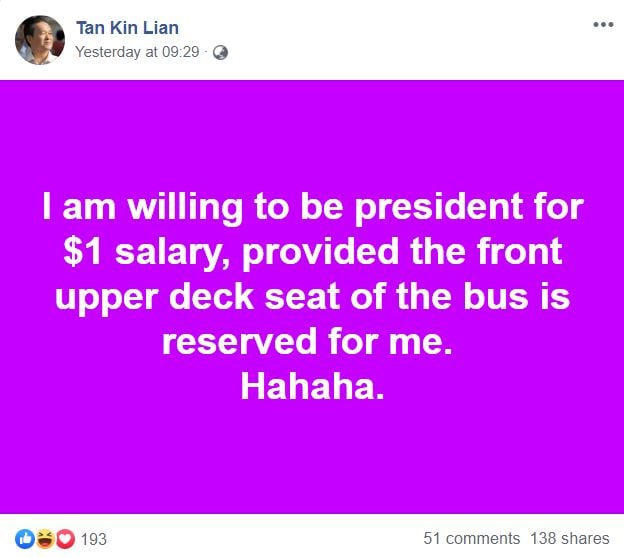 Not everyone can be Singapore’s president. You’ll first have to fulfil certain qualifications first.

Thankfully, Mr Tan fulfils all of them. He was Chief Executive Officer of NTUC Income, which makes him more than capable of running for the role. 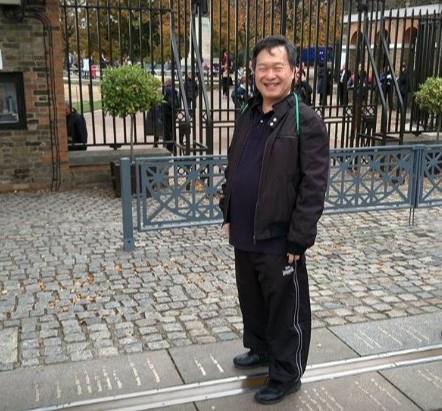 But here’s the caveat, he wants the front upper seat deck reserved for him when he’s travelling on the bus.

Tan Kin Lian may be obsessed with the front seat

So how did Mr Tan’s obsession with the special front seat begin? From our research, it started in 2016. 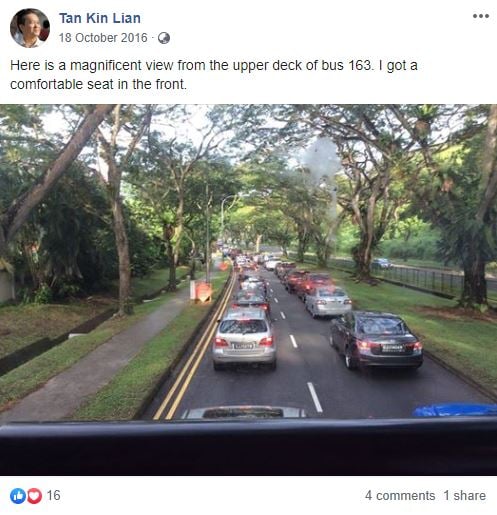 Apparently, he loves the view at the front seat of a double-decker bus. To be specific, it’s the best seat to record nice videos from. 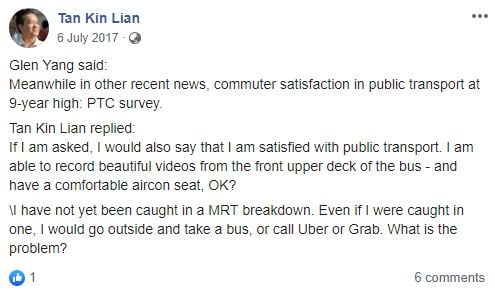 To be Singapore’s president, our constitution says you’ll also need to be a “selfless person”.

Here, Mr Tan ‘sacrificed’ by taking the front seat because others much prefer those at the back. 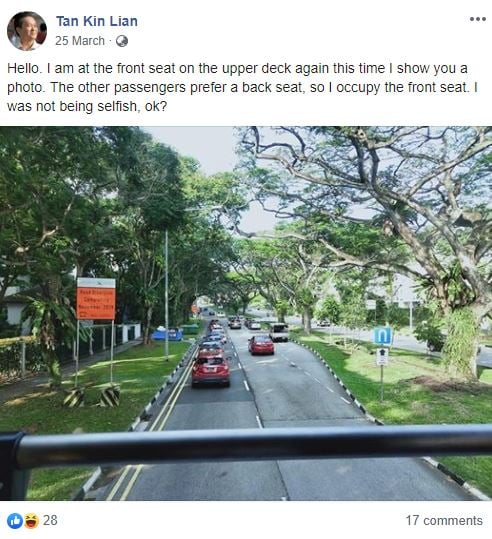 However, that doesn’t mean he isn’t truthful about what he feels. Singaporeans seem to want a transparent government and Mr Tan sounds like the perfect candidate. 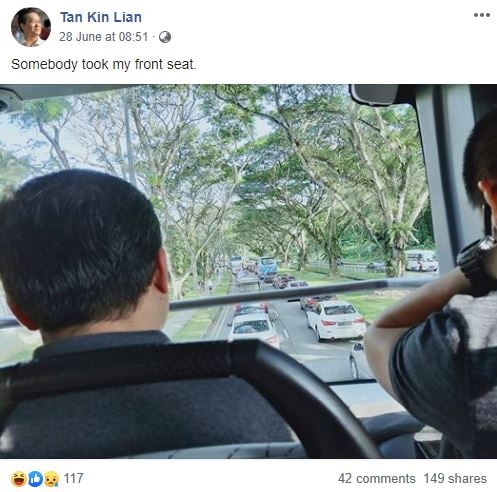 However, he is a patient leader. He perseveres till he gets what he wants and that will likely be the case too if he’s President. 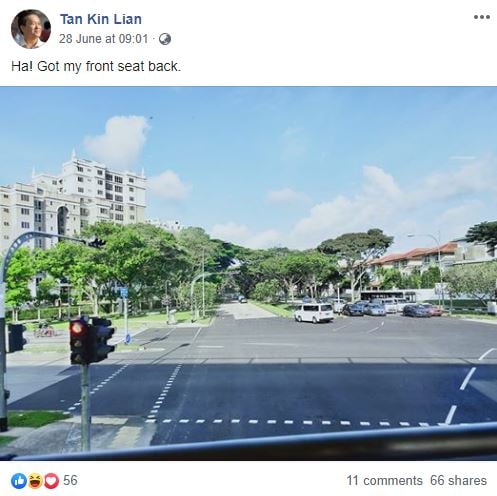 A leader with the right goals

As Singapore’s President, the candidate needs to focus on not just Singapore, but the world as well.

Here, Mr Tan shows how concerned he is about the future of the world. 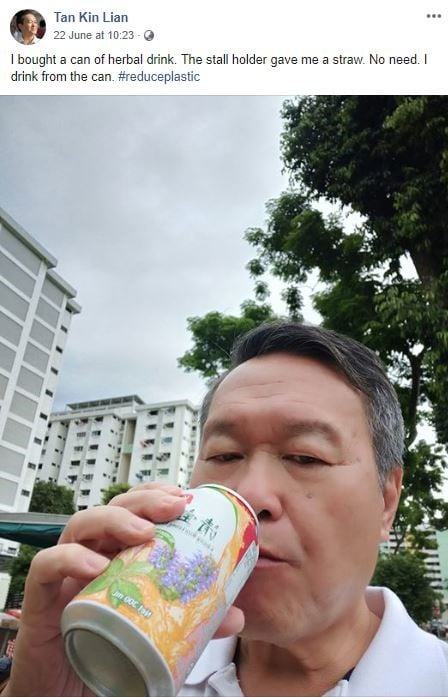 Tan Kin Lian for next president

Other than all his favourable qualities above, Mr Tan is also never afraid to lend a helping hand. 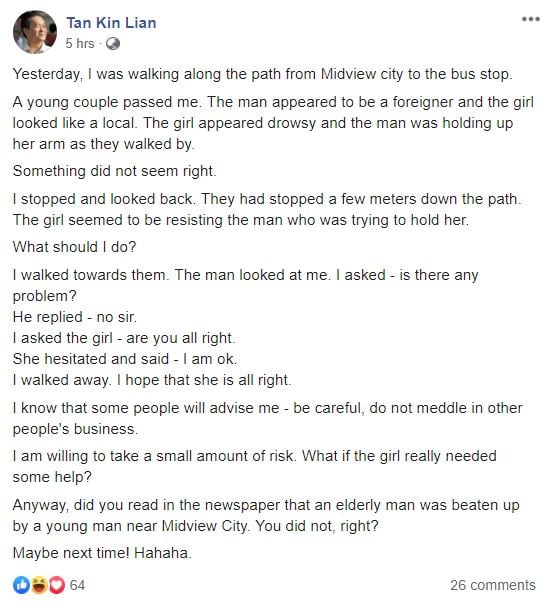 Ultimately, we think that he should definitely run for the next president. 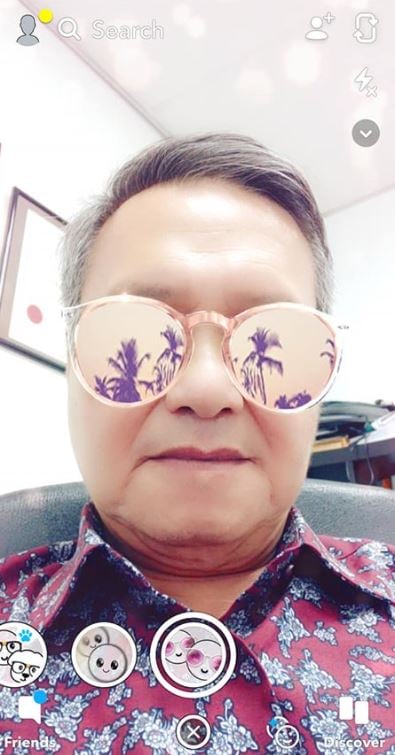 If you thought this post was interesting, check out our other article on Mr Tan Kin Lian.

Tan Kin Lian Publishes NRIC To Prove A Point, Gets His SingPass Hacked & Locked Within Hours