Must Share News – Independent News For Singaporeans
Home People Community 5 Taoist Temples May Be Allowed To Raise Capacity To 100, Under... 5 Taoist Temples May Be Allowed To Raise Capacity To 100, 12 Places Of Worship Will Do So On 7 Aug

The Hungry Ghost Festival is coming up soon, and the celebrations usually attract lots of Taoist to temples and getai performances.

This year will be a bit different, though, thanks to the Covid-19 pandemic. With places of worship currently restricted to 50 people under Phase 2 safe distancing measures, this might put a dampener on celebrations.

The good news for worshippers is that 5 Taoist temples are being considered for an increase in the limit from 50 to 100. The Ministry of Culture, Community and Youth (MCCY) has said that it’s considering adding the 5 temples to a pilot programme, reported TODAY Online.

It will let places of worship increase their capacity from 50 to 100 during worship. 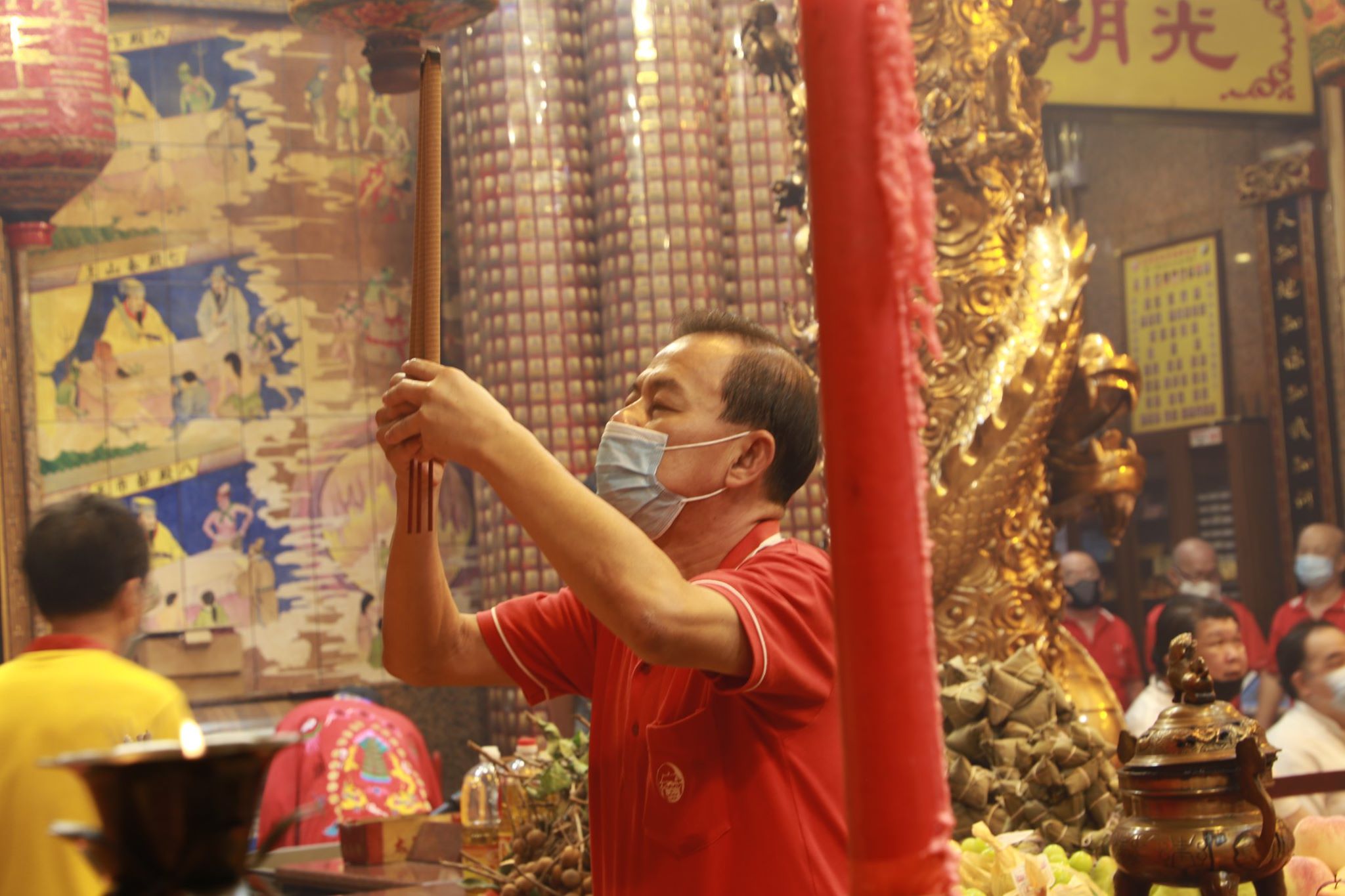 The MCCY had announced on Monday (3 Aug) in a press release that it would allow 12 religious organisations to increase their capacity for congregational and other worship services to 100 people.

This will take effect from Friday (7 Aug).

However, none of the 12 on the list were Taoist temples. They are: 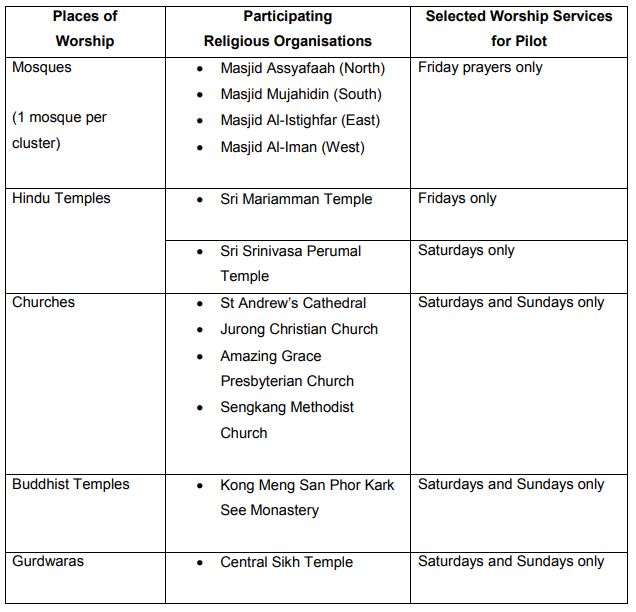 MCCY had meeting with Taoist Federation

When TODAY asked the Singapore Taoist Federation why no Taoist temples were included in the initial 12 places of worship, it said there was a “misunderstanding” with the MCCY.

However, after the federation and MCCY had a meeting on Wednesday (5 Aug), the issue was settled.

MCCY was also quoted as saying by TODAY that the federation will nominate temples to take part in the pilot. 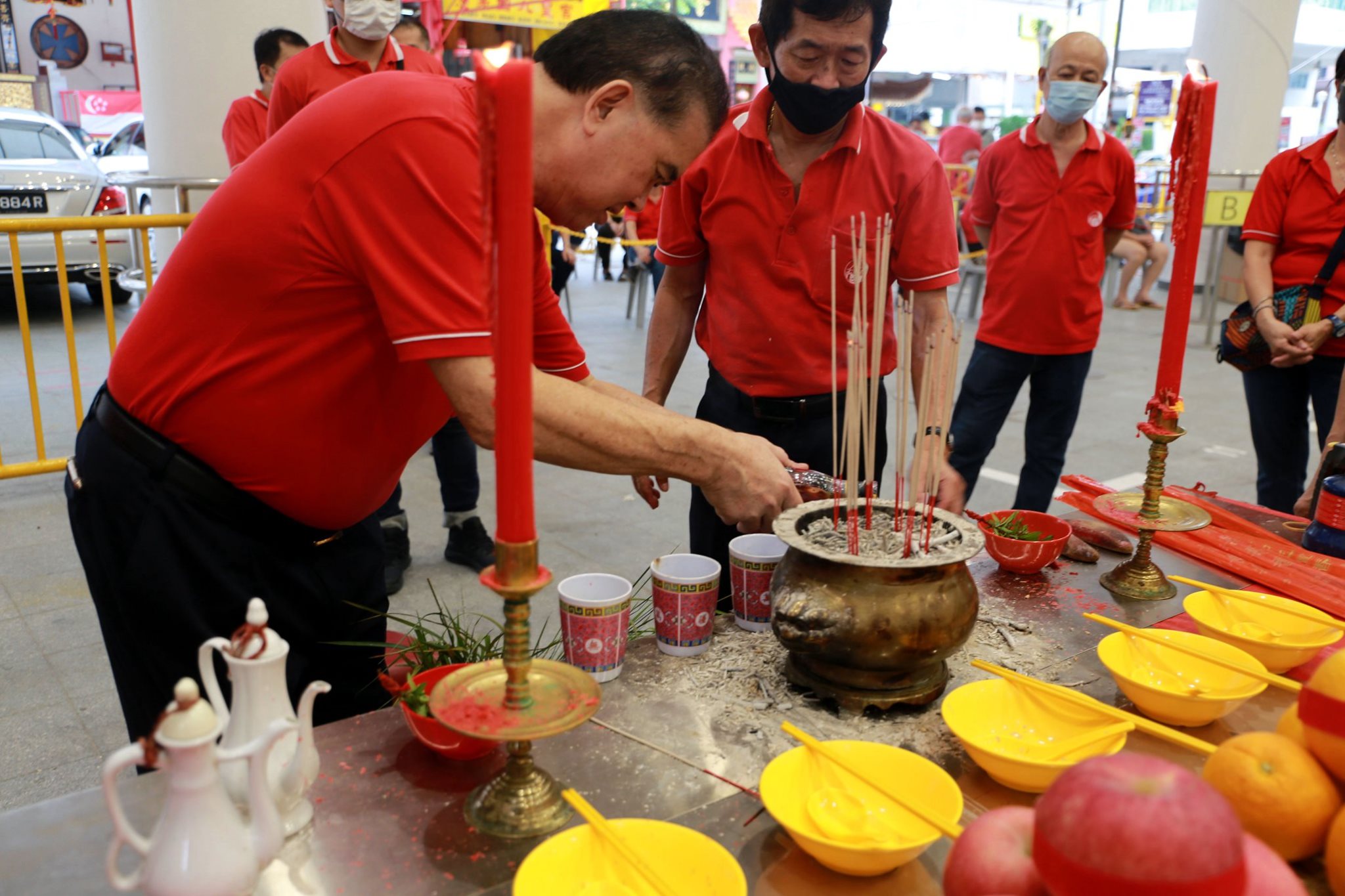 However, MCCY has requested these places of worship to implement additional safe distancing measures, since there will be twice the number of worshippers present.

This is on top of the existing safe distancing measures that were required of these places when they opened for worshippers on 26 Jun.

The additional measures for churches, mosques and gurdwaras call for them to split worshippers into 2 groups of 50.

These zones must be separated by a partition or barrier, and have separate entrances and exits or staggered entry and exit timing.

The additional measures for Buddhist, Taoist and Hindu temples includes no crowding at common areas and no inter-group mingling.

The places of worship involved must submit an update on their safe management plans to MCCY 3 days before the pilot starts.

As the pilot programme starts tomorrow (7 Aug), that means the Taoist temples won’t be able to take part in it at first. Boost for Taoists ahead of festivals

If the 5 temples are allowed to increase capacity, it’ll be a significant boost for worshippers after the reopening of the famous Waterloo Street temple.

Just remember to wear masks at all times and follow safe distancing measures.