A breaker of stereotypes.

Kids can at times be too prematurely dismissed as being ‘unteachable’ if they do not perform academically.

But sometimes, a change of approach is all it takes for them to excel.

Recently, an English teacher in Pahang, Malaysia, received praise for successfully teaching a group of indigenous kids English, after sacrificing many of his weekends and raising funds for them.

The post, written in Malay, can be found in full here, but we also break it down for you after the jump.

This is the story of Teacher Samuel Isaiah. A story that I feel every Malaysian should know.

Mr Sam teaches at an Orang Asli school, Runchang School in Muadzam Shah, Pahang. On his first day of school, a senior teacher told him, “You don’t have to do much, they’re just Orang Asli students.”

He was quite shocked by the statement, as though Orang Asli couldn’t succeed. From then on, he challenged himself to completely change the perception of the people around him towards the Orang Asli.

What did he do? Read this!

Mr Sam is an English teacher. His challenge is huge since his students are Orang Asli.

It was difficult trying to make them fluent in English. Furthermore, their attendance in school was poor.

What did Mr Sam do?

He made his classes interesting so that his students will be excited about school every day. One thing he did was to bring a ukulele to school.

He made full use of his musical ability. He raised funds to buy each of his students a ukulele and taught them through singing and playing music.

Mr Sam dreams of the best facilities for his Orang Asli students, of the same standards as the city and international schools.

Out of his goodwill to give them the best he could, Mr Sam has started a fundraising effort on Give.my, along with a 21st century English class in 2015.

The class was the first of its kind at an Orang Asli school with the latest technology, whereby every student has a tablet and computer, and the classroom is equipped with a sound system, as well as an LCD projector.

Yes, each of his students has a tablet!

Just that they can’t bring it home and have to keep it in class. Mr Sam was concerned about what his students might use the tablet for when they bring it home.

This project has received a lot of attention on social media when famous rapper Altimet endorsed and promoted it.

Among other projects, Mr Sam has embarked on to attract students’ interest in improving their English is an international email exchange called “Asli E-Pal”. Orang Asli students use English to communicate with adult volunteers from all over the world, and they receive support from within and outside Malaysia.

Mr Sam is also aware of the high rates of truancy among Orang Asli students. Despite many attempts by the school, students are still absent, especially during the watermelon season.

Mr Sam hence started another project called Sekolah Pokok (Tree School). Why this name? Because his students study under a tree. Mr Sam made a banner and publicised the initiative, and even searched for a tree in the Orang Asli village to convert to a learning space.

He sacrificed his weekends by teaching Orang Asli student dropouts under the tree. A class of 10 students grew rapidly to 50 thanks to his interesting teaching style.

His English classes are now filled with joy, laughter, music, poetry and technological convenience, and his Orang Asli students now love learning — something that was once thought to be impossible.

I believe we need good pedagogy to teach, I believe in the pedagogy of the heart.

The above motto happens to be Mr Sam’s principle as a teacher, where he believes that nothing is impossible as long as it comes from the heart.

And now, the percentage of passes in English in his school has increased dramatically and some of his Orang Asli students even scored A’s in their UPSR (Primary School Evaluation Test).

Damn, I get chills from hearing his stories.

How huge his sacrifices, how determined how was to educate the children of Malaysia, to the point that it makes me feel so inadequate.

Mr Sam, I feel lucky knowing you and listening to every story you have shared.

You truly deserve to be called a superhero.

This is one of the 16 ‘superheroes’ appointed by KPM (Ministry of Education) in 2019. And this appointment is absolutely fitting.

Told not to “put in effort”

The hero of this story is an English teacher named Samuel Isaiah, who teaches at a school in Pahang with a large cohort of Orang Asli – an indigenous race in Malaysia – students. 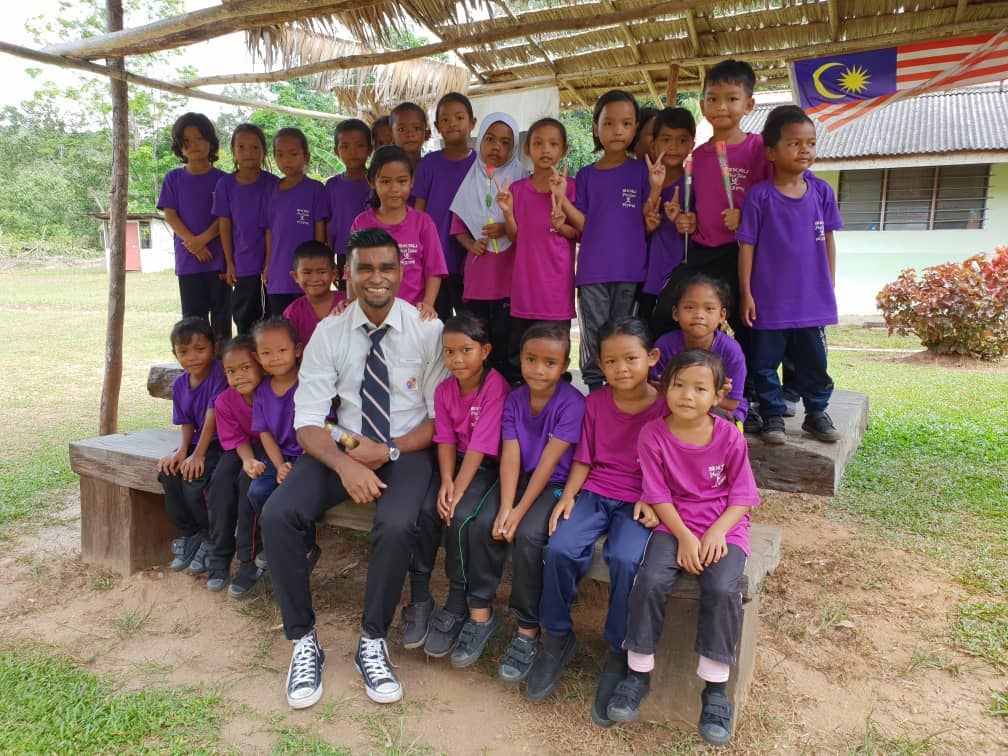 When Mr Isaiah started teaching at the school, a senior teacher allegedly told him that he did not have to “put in effort”, as most Orang Asli kids are not keen on learning.

Mr Isaiah was taken aback by the statement and decided to challenge himself by breaking this stereotype.

An uphill task from the start

Mr Isaiah soon realised that the task wasn’t going to be smooth sailing.

For one, class attendance was extremely poor at first. He also found it challenging to persuade these students to use English regularly.

To make his lessons more interesting, Mr Isaiah decided to introduce musical instruments into his curriculum.

He taught students to play ukeleles while singing English songs, allowing them to learn the language in a more engaging manner. 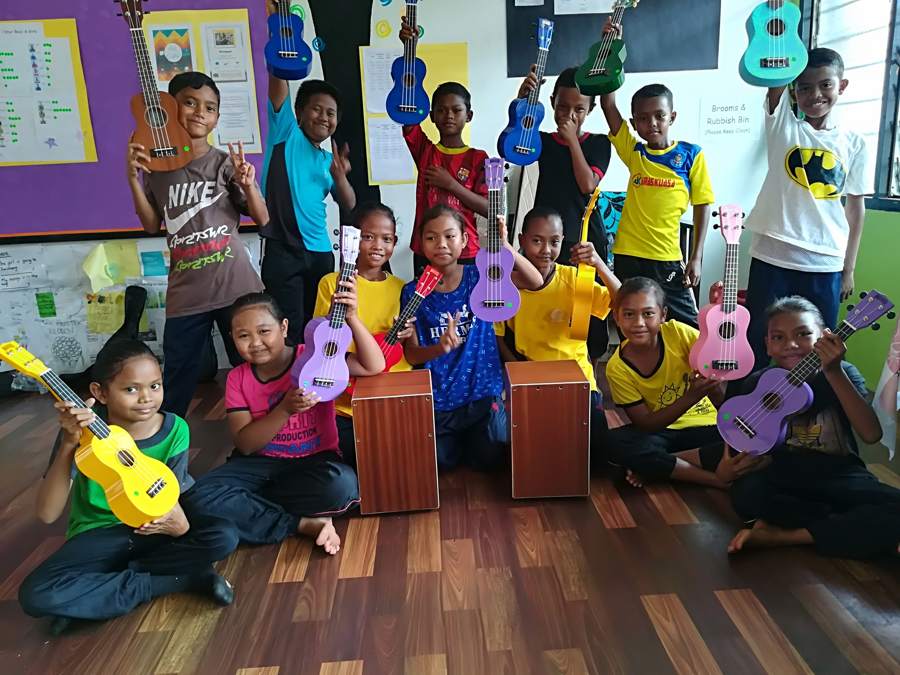 Tapping into the power of technology

Next, Mr Isaiah decided to make use of technology in his lessons.

Through a fundraising website, he managed to obtain the necessary capital to equip each student with a tablet and computer. He also installed a PA system and LCD projector in the classroom to enhance his students’ learning experiences.

Besides providing his students with technological hardware, Mr Isaiah initiated an email exchange programme that allowed his students to communicate in English with volunteers from around the world.

Despite his efforts, some students continued to skip classes.

To address this, Mr Isaiah brought his classroom outdoors by conducting lessons in Orang Asli villages on weekends. 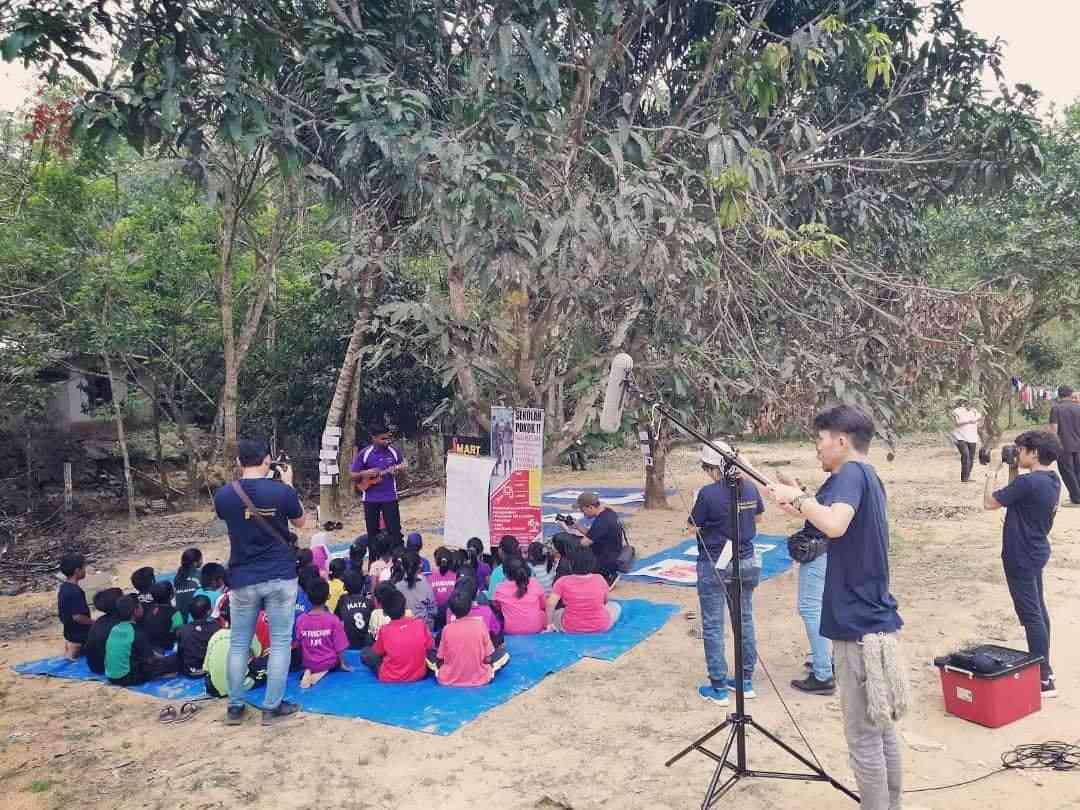 Teaching kids under a tree
Source

This initiative proved successful, and his class size increased dramatically from 10 to 50  students.

Some students obtained A for their English exams

As a result of his ingenious methods, the indigenous students have now fallen in love with learning.

Their results have also improved under his guidance, with many passing their English exams, and some even obtaining A’s in their equivalent of the PSLE.

When interviewed by Malaysian media, Mr Isaiah revealed a fundamental belief that he holds on to, which is,

I believe we need good pedagogy to teach, I believe in the pedagogy of the heart.

In other words, there is no better teaching method than the one that is sincere.

Kudos to Mr Isaiah for his unwavering determination which helped to break the stereotype commonly associated with his students.

His story may have been news, but we are sure that there are lesser known teachers in Singapore who are as passionate about education as he is.

If you know of similar stories that resemble that of Mr Isaiah’s inspiring tale, share them in the comments below!