M‘sian Teen Allegedly Badly Beaten By Father Of Girlfriend, Passes Away From Injuries

The teenager was stripped of his clothes in public and sent to the police station.

To many parents, their children will forever be most precious, and they would do anything for them.

That may even extend to severely injuring somebody seen to have wronged them.

An 18-year-old youth found this out the hard way when his girlfriend’s father allegedly beat him up badly. 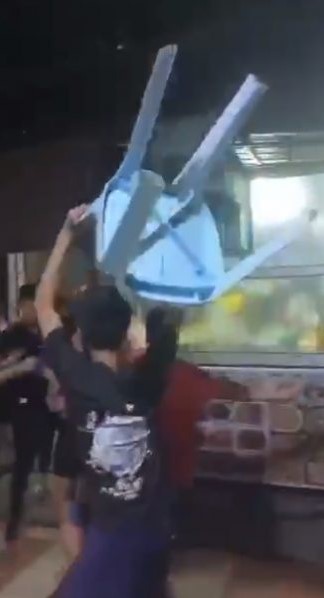 His injures were so serious that he passed away in hospital.

2 men arrested for assault in Kuching

In a media statement posted on Facebook, the Kuching District Police Headquarters said at 1am on Friday (29 Jul), they were alerted about an assault that took place in the Sarawak capital city.

They arrested two men aged 43 and 50 on suspicion of aggravated assault.

The victim, an 18-year-old male, was sent to the Sarawak General Hospital to receive treatment.

What did the teenager do to cause such fury?

Malaysia’s China Press reported that the 43-year-old suspect is the father of the teenager’s girlfriend, while the other man is a friend.

The teen, identified by Sin Chew Daily as Phang Di Ran, reportedly slept with the girl, who is 16 years old.

He also filmed the act, and shared the video.

When the girl’s father learnt of this, he was unsurprisingly enraged. He then decided to teach Phang a lesson.

He somehow located the teen on Jalan Tun Jugar in Sarawak, near the 101 shopping area, at about 10pm on Thursday (28 Jul) night. Teen beaten & stripped in public by father of girlfriend

Footage of the alleged assault was shared on social media, and apparently depicted quite a brutal attack.

The video reportedly showed Phang being slapped, beaten and even hit with a plastic chair.

He was even stripped of his clothes in public. 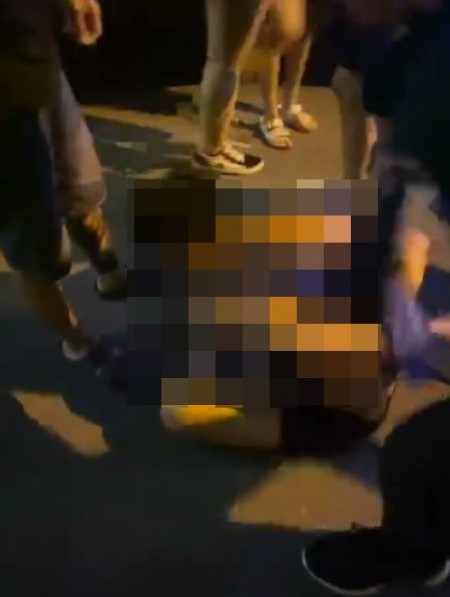 After the beating, the teen wasn’t sent to hospital immediately.

Instead, the girl’s father dropped him off at a police station, accusing him of sexual assault of an underaged girl.

In Malaysia, the age of consent is 16, according to AskLegal.my.

Phang’s parents rushed to the police station upon hearing the news and found that their son had been beaten till he was badly bruised.

The teen’s eye was swollen, and he wasn’t even able to speak.

After he was sent to hospital, medical staff determined that his head injuries were serious enough to transfer him to the neurological department at 5am.

However, he eventually succumbed to his injuries.

It turns out that Phang had hemophilia, meaning his blood doesn’t clot — that means he bled for longer than normal after sustaining injury.

His parents handled his arrangements at the mortuary that same day, and an autopsy on the body was done on Saturday (30 Jul).

Father being investigated for murder

The girl’s father and his friend have been remanded in police custody for seven days till 5 Aug.

The police said that the incident is being investigated as a murder case under Section 302 of Malaysia’s Penal Code.

That means if found guilty, they could face the death penalty.

Any parent would be understandably enraged if someone films a sex act with their young child, even with consent, and shares the video.

However, violence isn’t the answer to any problem, so the father shouldn’t have taken the law into his own hands.

Now, a teenager is dead and the girl may also lose her father, too.

We send our condolences to Phang’s parents for their loss, and hope that they can find comfort in this time.