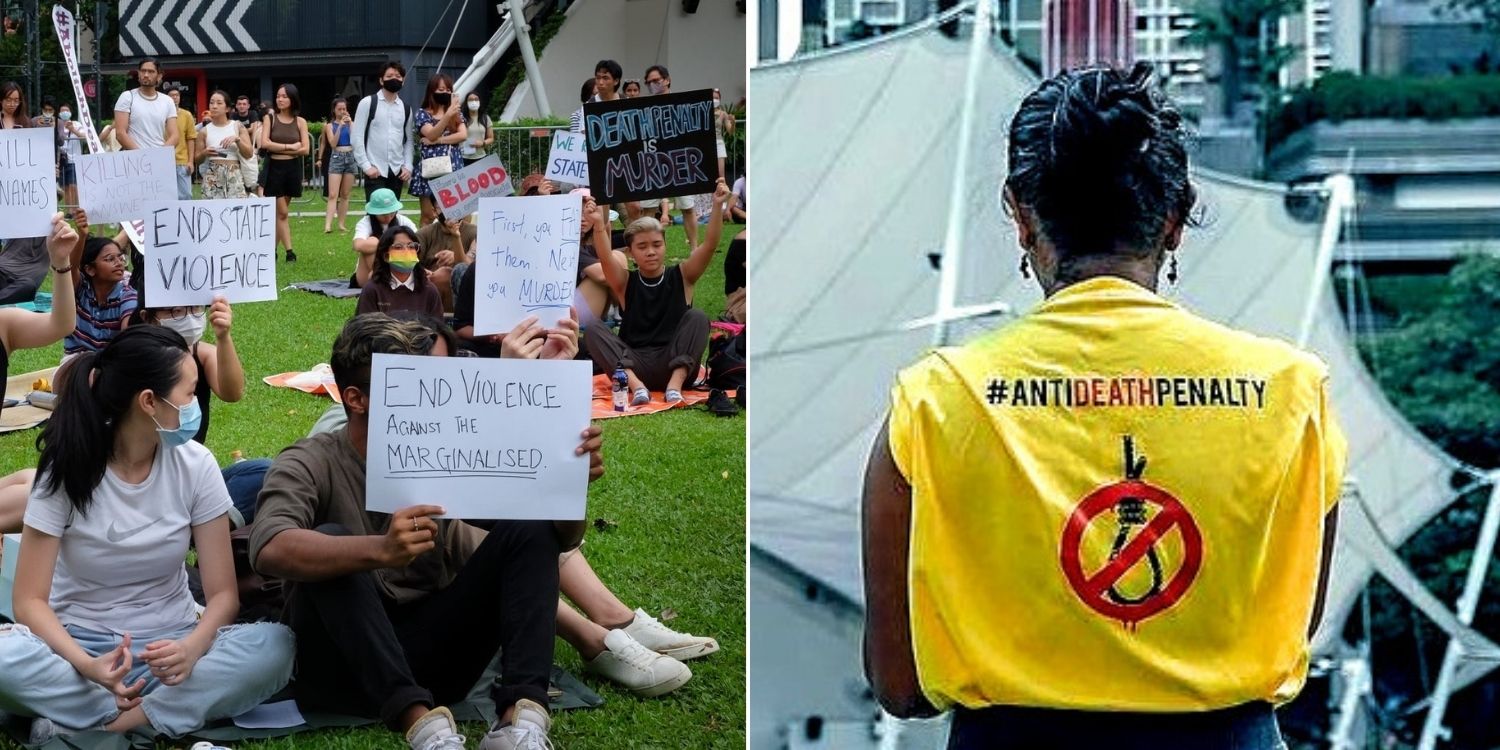 Some signs listed out the names of all 62 inmates on death row.

Due to the pandemic, it’s been a while since we’ve seen Singaporeans gathering at Hong Lim Park.

However, all it takes is one emotive issue to bring out the crowds.

This time, it’s the death penalty, as a protest against it took place over the weekend at Speakers’ Corner in the park.

According to an organiser, 475 people showed up.

The event was organised on Sunday (3 Apr) by activist Jolovan Wham, who credited Transformative Justice Collective (TJC) for helping out. 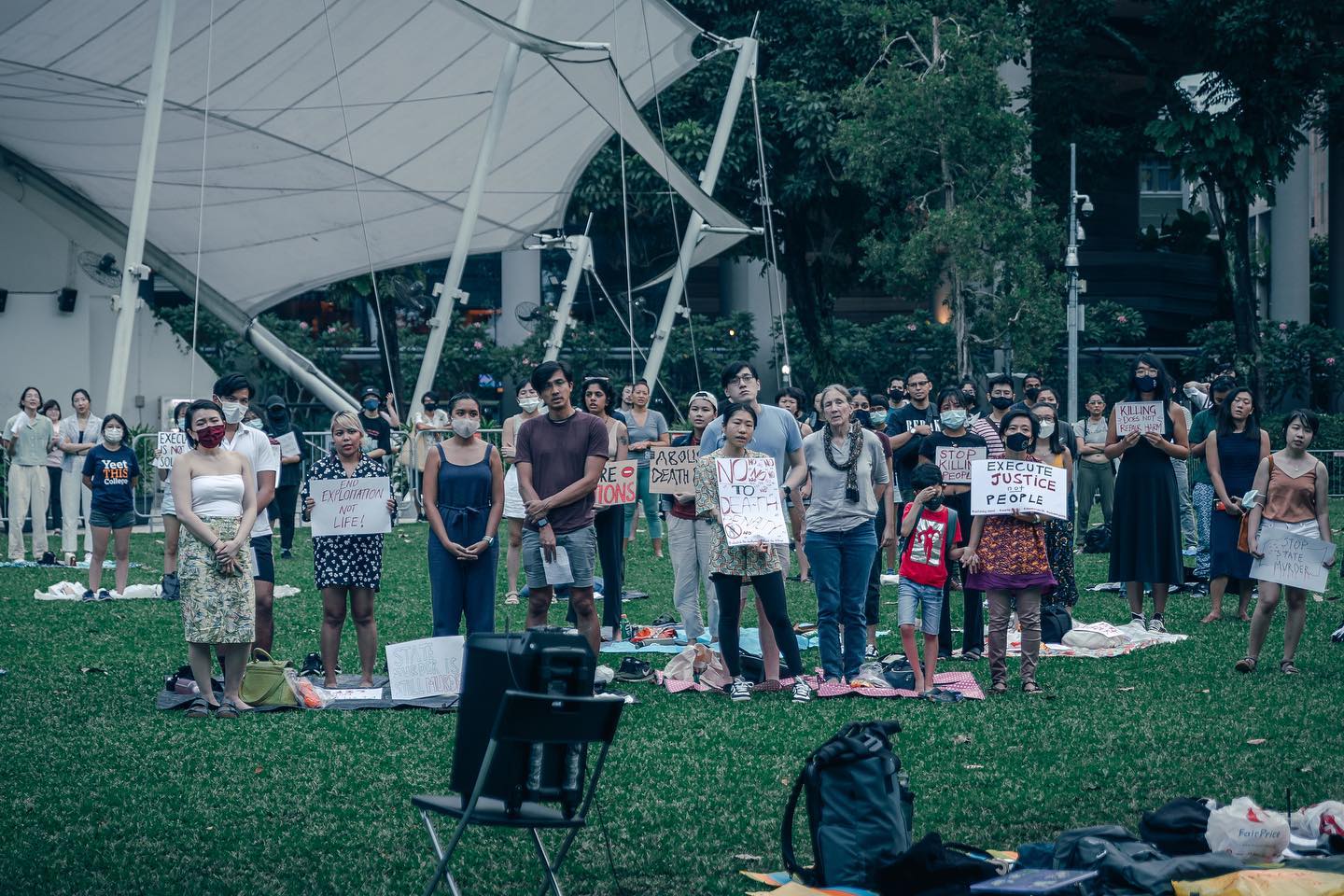 Mr Wham is no stranger to protests, of course, having been jailed for organising a public assembly in 2016 without the necessary permit.

He’s also been rapped for various unlawful assemblies outside places like the State Courts and an MRT train.

This time, however, the protest was held at the Speakers’ Corner, which requires a permit from the National Parks Board (NParks). 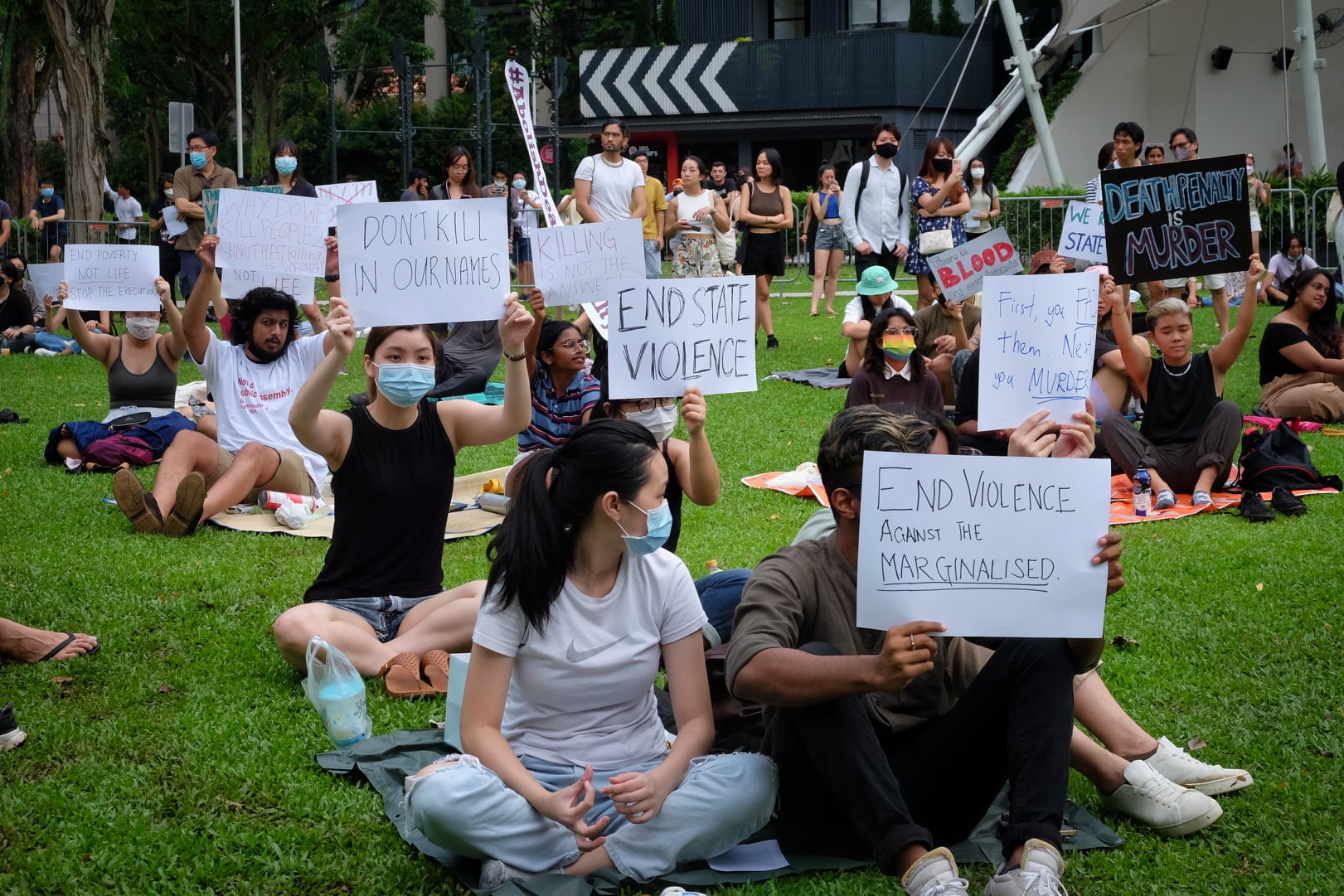 Applications for event permits at Speakers’ Corner had reopened on 23 Mar following the easing of Covid-19 measures in Signapore.

According to Mr Wham, NParks had installed a counter, and it indicated that 475 people gathered for the protest.

Many of them held signs decrying the death penalty and calling for its abolition. 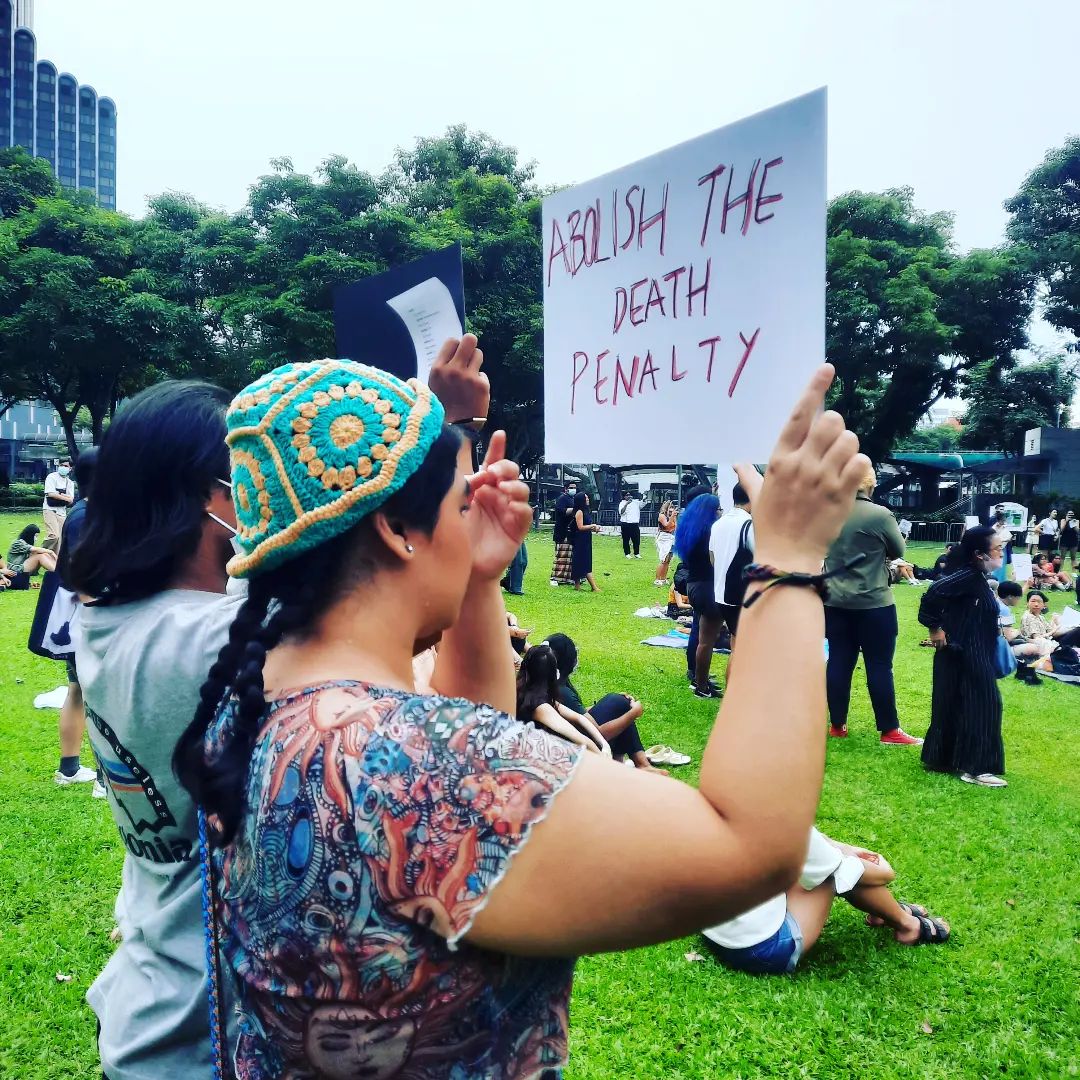 Some of the signs listed out the names of inmates on death row — all 62 of them, according to TJC. 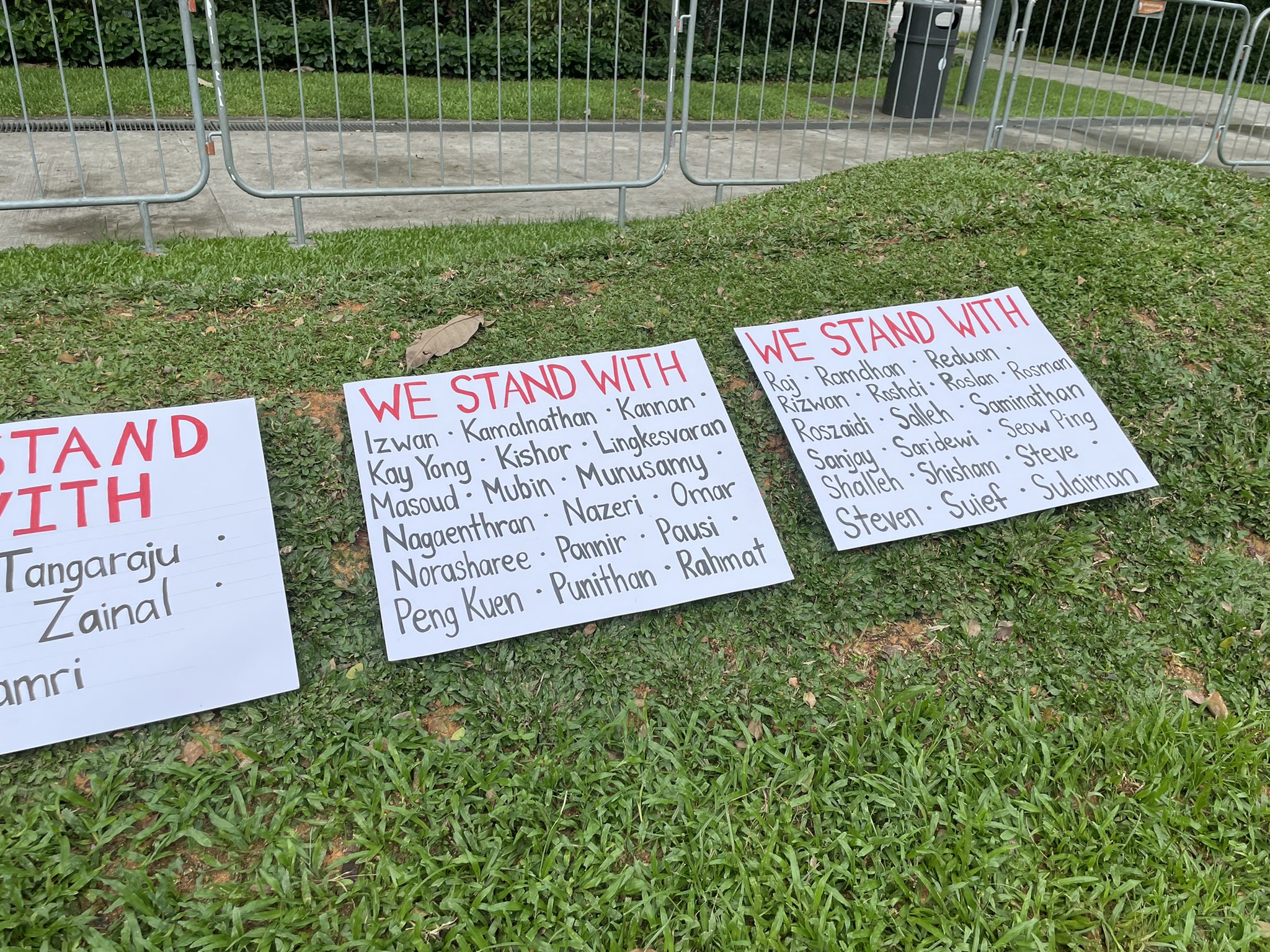 A list of slogans was handed out for participants to chant. 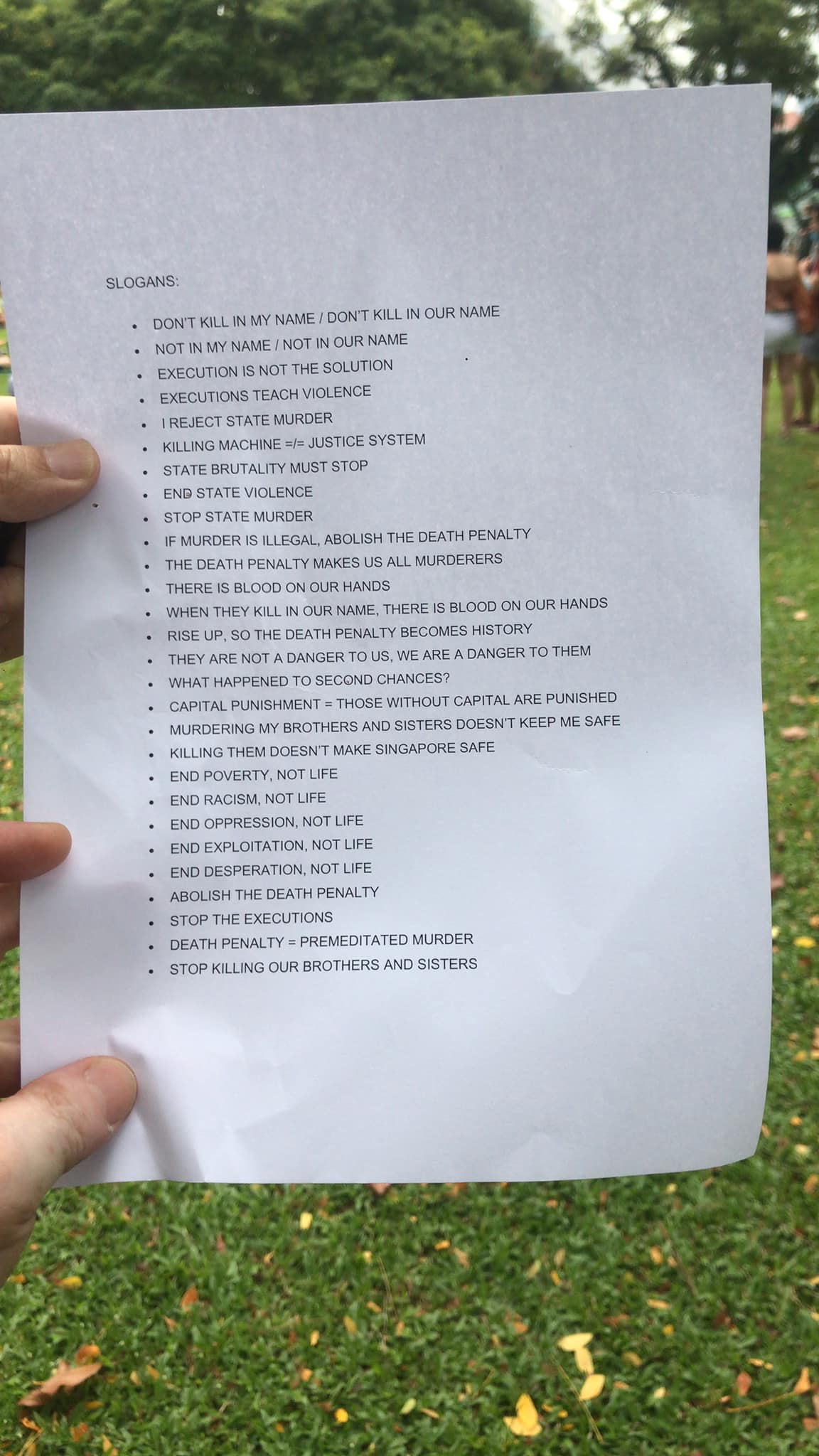 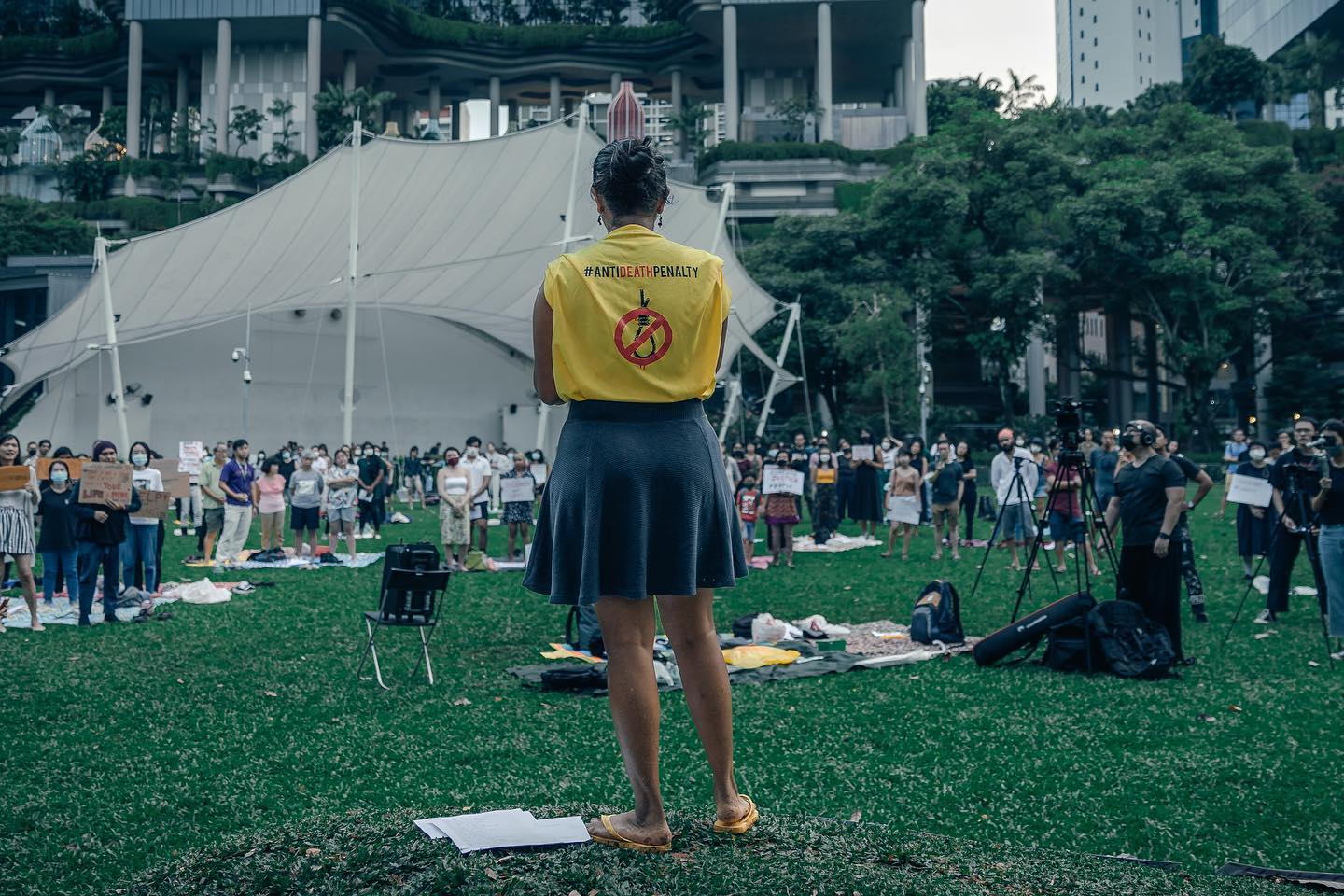 Ms Annamalai at the event
Source

The event ended with participants singing the closing song, “We Shall Overcome”. 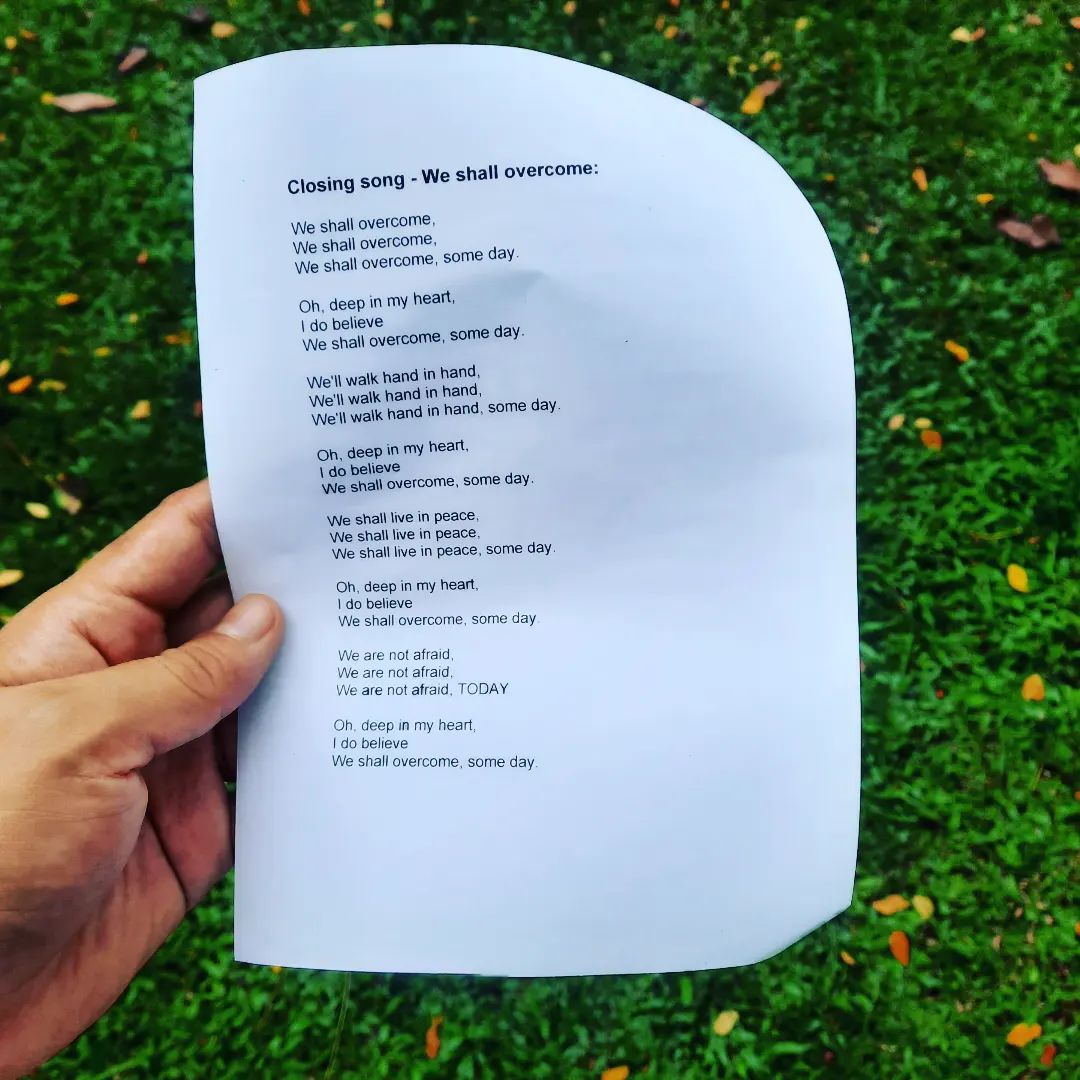 In the past week, death penalty cases have been in the news, which could’ve prompted this protest.

This leaves him likely to be executed in the near future.

Then on 30 Mar, another death-row inmate Abdul Kahar Bin Othman, 68, passed away following his execution. It was Singapore’s first execution since 2019, reported Yahoo News.

That morning, the United Nations human rights office had urged over Twitter for the hanging not to proceed.

The European Union strongly opposes the death penalty at all times and in all circumstances. It is a cruel and inhumane punishment, which fails to act as a deterrent to crime and represents an unacceptable denial of human dignity and integrity.

However, the Government is adamant that the death penalty is an effective deterrent for drug offenders.

In 2020, Law and Home Affairs Minister K Shanmugam said in Parliament that there were fewer serious crimes after the implementation of the death penalty.

Despite the sadness surrounding the cases of death-row inmates, there’s a significant number of folks who feel that capital punishment should remain.

However, from the protest, it’s clear that there are persistent calls for change among the local populace too.

At the end of the day, the final decision on reform rests in the hands of the authorities.

Check out one of our writers’ take on the issue: