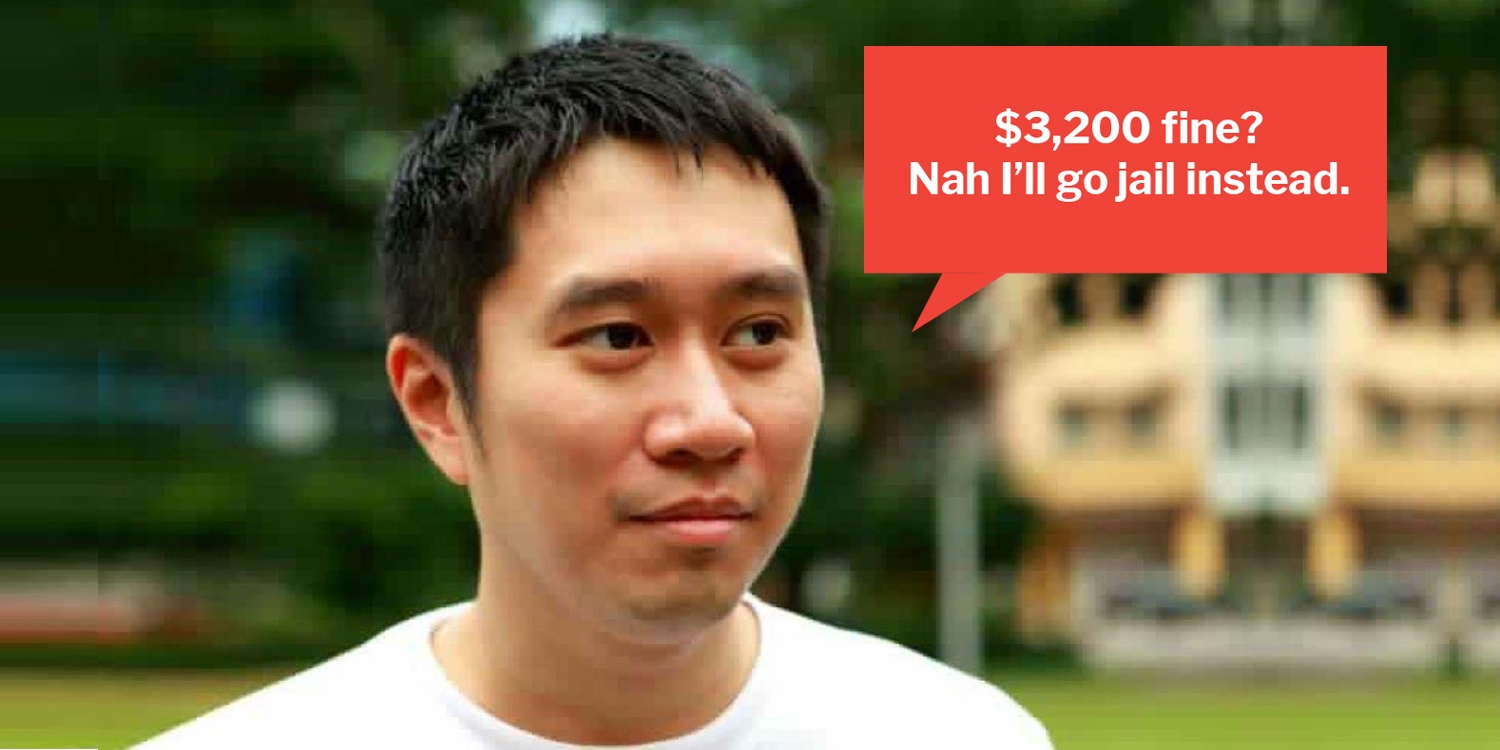 Jolovan Wham says no to fine.

Jolovan Wham Organised A Public Event Without The Necessary Permit

On Thursday (21 Feb), Singapore activist Jolovan Wham was fined $3,200 for organising a public assembly in 2016 without the necessary permit and his subsequent refusal to sign a police statement.

Unlike many of us who would do anything to avoid being jailed, Wham took a rather maverick route.

Instead of paying the fine, he decided to serve the default 16-day jail sentence.

Back in Nov 2016, Wham organised a public event named “Civil Disobedience and Social Movements” which took place at The AGORA, along Sin Ming Lane.

The event featured multiple speakers, one of whom was Mr Joshua Wong Chi-Fung — a Hong Kong activist.

Since Mr Wong was a foreigner, Wham had to apply for a permit for the event.

A police officer later advised him about the permit, but Wham decided to go ahead with the event anyway.

Because he didn’t apply for the permit, he had to have his statement recorded at a police station later on.

When the policemen were done taking down his statement, Wham confirmed it to be “correct and true”, but refused to sign it after being told that he will not receive a copy, as it was a “confidential document meant for police“.

Wham was then told that refusing to sign the statement would constitute an offence. But he stood firm with his decision and insisted not to sign.

Wham also got into trouble with the law during other instances.

In the post, he alleged that Malaysia’s judges were more “independent” than judges in Singapore when it comes to cases with political consequences.

He also faces other charges dating back to 2017. One for a protest he allegedly staged in a train, and another for a vigil he allegedly organised outside Changi Prison ahead of the execution of a drug offender.

As for now, Wham’s lawyer states he is on $8,000 bail, pending an appeal against the judge’s decision.