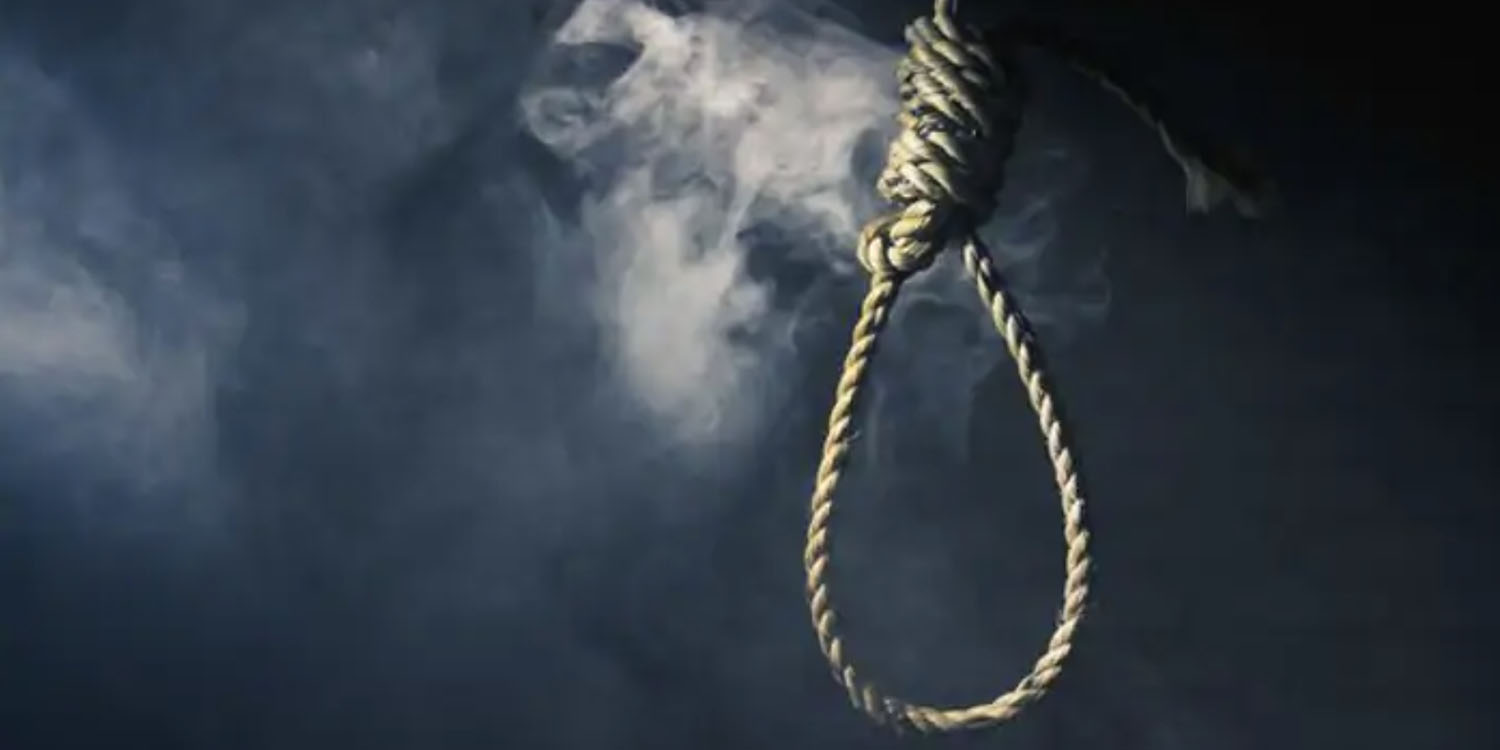 Every life deserves more dignity and thought than simply being wiped out.

Convicted drug trafficker Syed Suhail was slated to be executed on 18 Sep.

The 44-year-old’s fate was almost surely sealed the moment he was found in possession of 38.84g of heroin back in 2011.

Miraculously, his lawyer M Ravi managed to get him a stay of execution.

However, the case prompted the death penalty to be discussed as an issue again — specifically, whether it’s still a relevant punishment in Singapore, especially for drug offences. 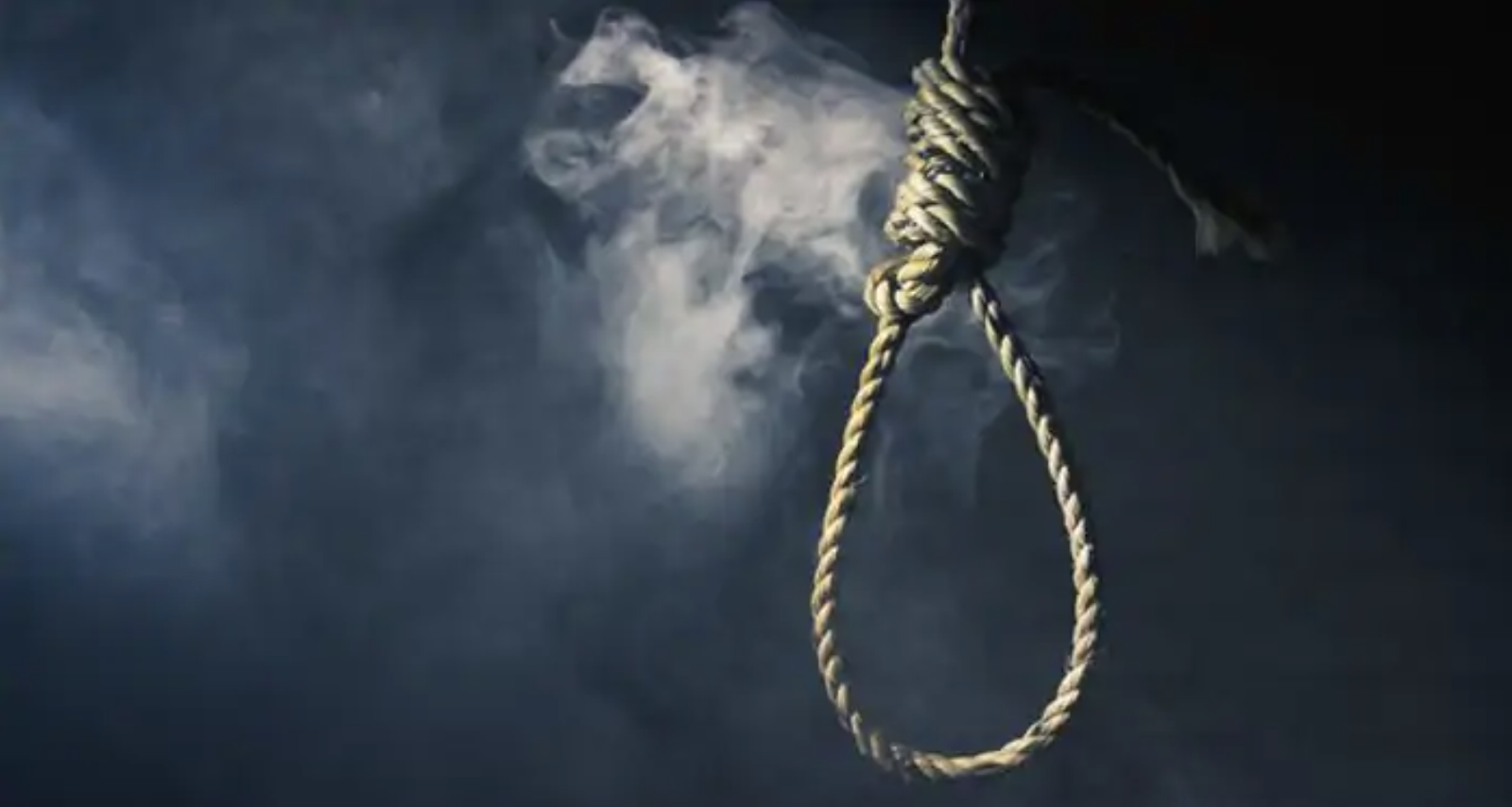 It has been said that imposing the death penalty for drug offences might have a deterrent effect.

While the law is black and white on this, the reality is much greyer.

When we choose to take someone’s life, the effects are permanent and enduring, so there should never be grey areas.

No proof that capital punishment is a better deterrent

The most common argument for Singapore to retain the death penalty for drug offences is to act as a deterrence.

Earlier this year, the Ministry of Home Affairs (MHA) said the number of serious crimes had decreased after the death penalty was implemented.

I believe that the flaw in this argument, however, is that correlation doesn’t equal causation.

Hong Kong, a city seen in many ways to be similar to us, abolished capital punishment in 1993.

After doing that, there was no tangible shift in crime rates. In fact, over the long run, there was an overall decrease.

Criminologists argue that arrest & conviction are most effective

According to Amnesty, there’s little evidence that capital punishment has any deterrent effect on society at all, or that it works better than life imprisonment.

In fact, criminologists have argued that the most effective way to deter crime is to increase the certainty of detection, arrest and conviction. 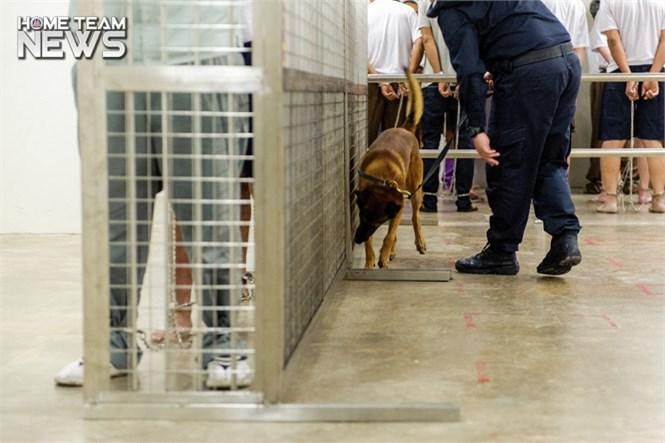 And in any case, numbers do not capture the full story here.

While punishment for a crime is necessary, the question is if we should take the life of a criminal for that purpose.

After all, it’s ultimately our justice system that decides what crimes are ‘bad enough’ and what quantity of drugs is ‘large enough’ to send a criminal to the gallows.

A perfect justice system does not exist

A person is sentenced to the death penalty by a judge under the law.

Despite their best efforts, discretions, and considerations, at the end of the day, he or she must make a judgement call — whether to believe a criminal had the intent to offend. 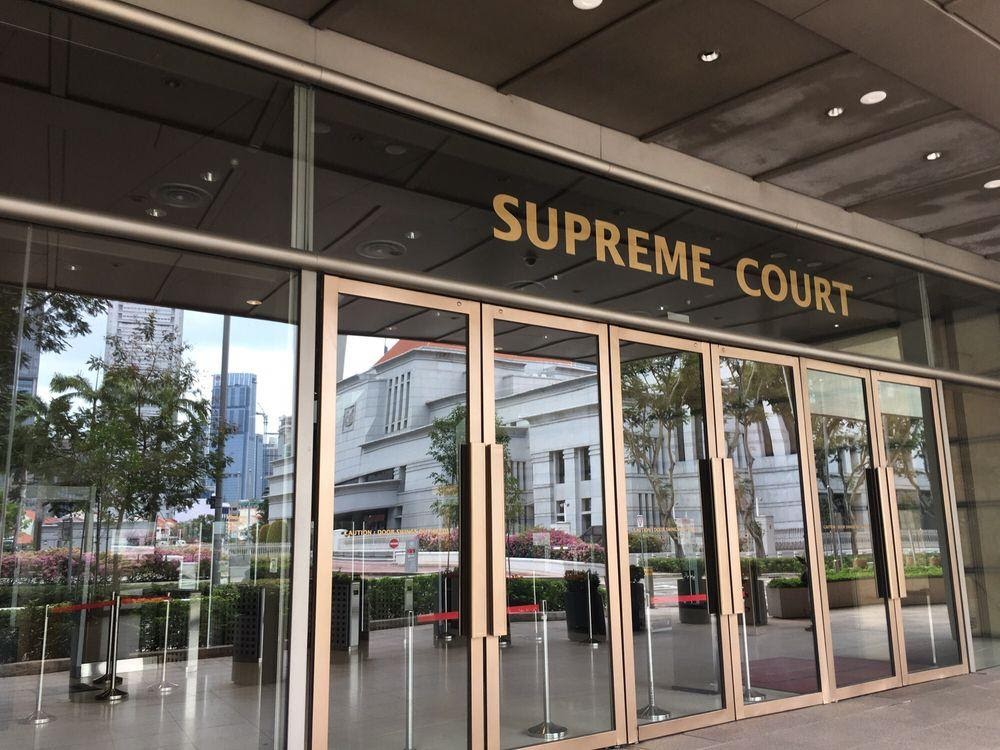 We’ve seen people accused of non-capital crimes get convicted and sentenced, and their judgements overturned on appeal for whatever reason.

If that can happen, it goes to show that criminal justice procedures are not infallible.

Much to consider with regards to drug offences

Right now, most executions in Singapore are due to drug offences. 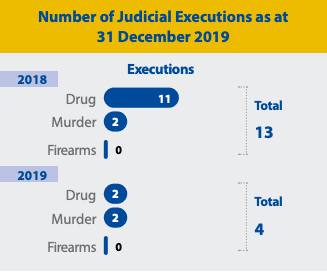 For such offences, there’s much to consider — intent to traffic, the offender’s circumstances and of course, the amount they were carrying.

Deciphering someone’s intent in itself, is extremely complex. A drug offender’s intent is often enigmatic.

In some cases, the court may find years later that there was no intention to offend.

Despite this, sentencing in drug cases is bound strictly by the book. In Singapore, carrying even 0.1g above a certain limit can land you on death row. There’s little leeway around this.

Choosing capital punishment shows us the kind of society we are

The death penalty is unlike any other punishment meted out by the state.

It’s easy to get caught up in the argument about deterrence. But at the end of it all, our laws reflect the values of our society. 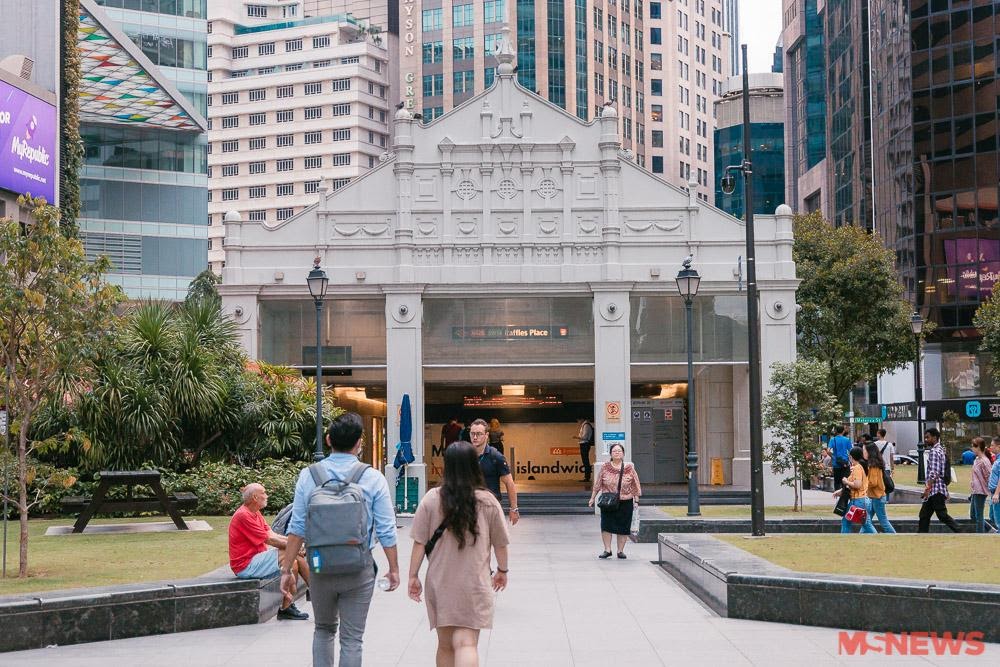 Choosing to execute someone is taking the easy way out. It obscures and distracts from the root problems of the crime and prevents us from implementing real measures to solve the problem.

Laws change all the time, and society’s idea of what’s right and wrong changes over time too. Laws were always meant to be a force of guidance, not damnation.

Our morality should guide the evolution of our laws.

According to the Singapore Prison Service, 69% of our prison population were drug offenders as of 2019. Singapore’s drug problem is real, and it’s time we admit this. Executing drug offenders will not solve this.

Our drug problem goes way beyond just a penchant for crime. It’s often linked to other social problems like poverty, addiction, unemployment and family issues.

None of which are solved by putting these criminals to death.

Only when we admit this can we see beyond the short-term effects of punishment and realise that a decent, humane society would not kill in the face of difficult societal problems.

Thus, Singapore’s drug problem should be addressed as a public health issue, not solely a criminal one. Every life deserves more dignity and thought than simply being wiped out.

Singaporeans are no longer apathetic about capital punishment

But it’s clear the tides are turning, and times are changing. In the face of Syed Suhail’s imminent execution, social media was in a frenzy. 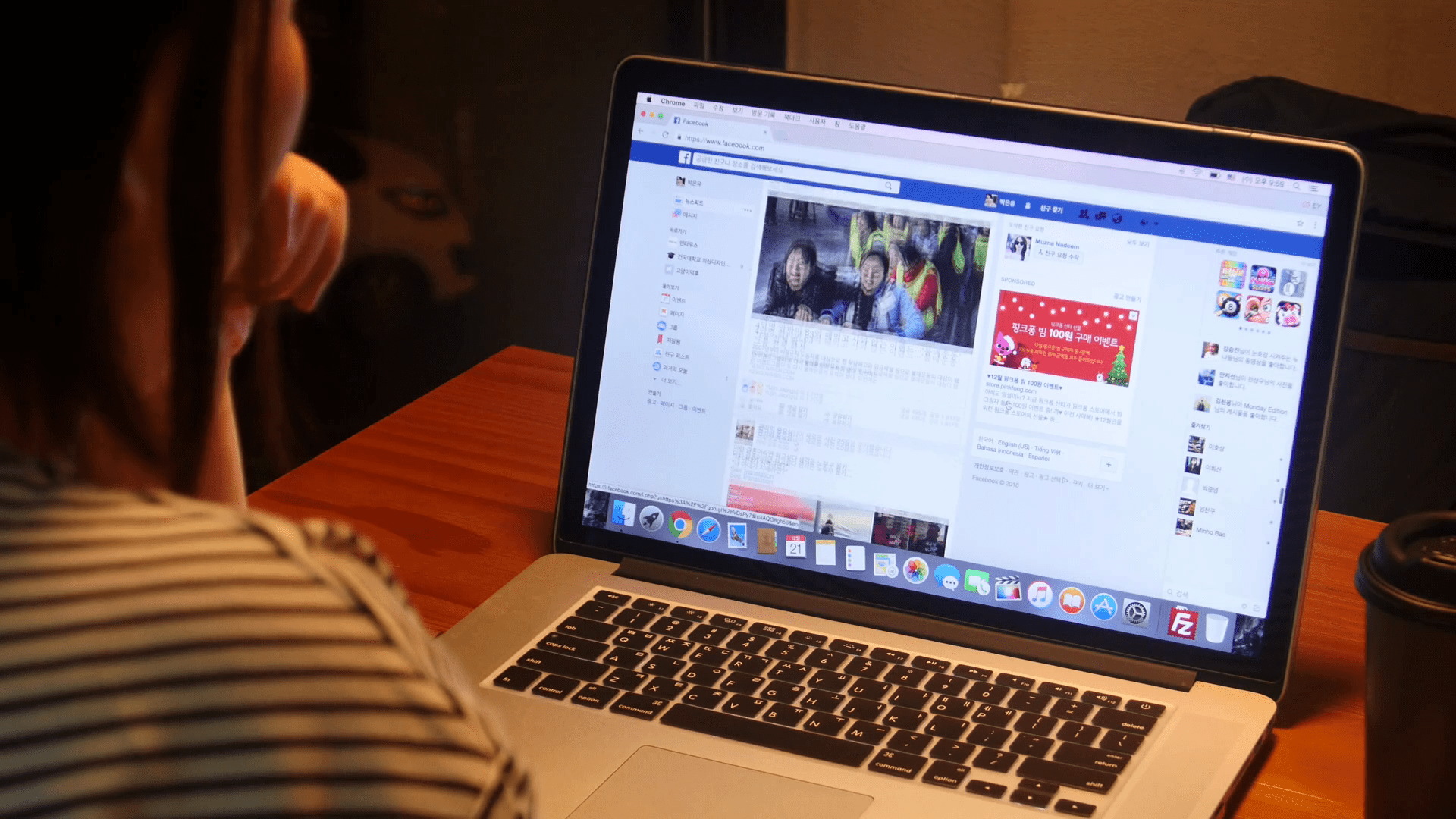 Petitions were started, activists were mobilised, and there were more discussions on death penalties than ever before.

Because of the public outcry, Syed Suhail’s case became a high-profile one, subject to greater scrutiny.

This showed that Singaporeans do care, and we hold power in our voices.

Syed Suhail’s case is just 1 out of 55 cases of death row inmates fighting for a fair trial.
These are lives, just as precious as you and I. It’s our moral imperative to care.

For change to happen, we need to decide, as a nation, if it’s worth robbing someone of their life after a single mistake.

We need to use our voices

Soon after Syed Suhail’s case, a petition was started to demand an immediate moratorium on all executions and data transparency on the identities and cases of everyone on death row.

Perhaps the first step towards abolishing the death penalty is knowing the truth.

2020 has been a year of change, of activism, of realising what’s important. There’s no better time to start looking inwards and examine if Singapore really needs to execute to keep our country safe.

When public opinions change, laws can change. We need to keep talking about cases like Syed Suhail’s, and keep the conversation going.

At the end of the day, we are talking about real bloodshed, a real family member, a real life. Singaporeans are no longer apathetic but we cannot stay silent.