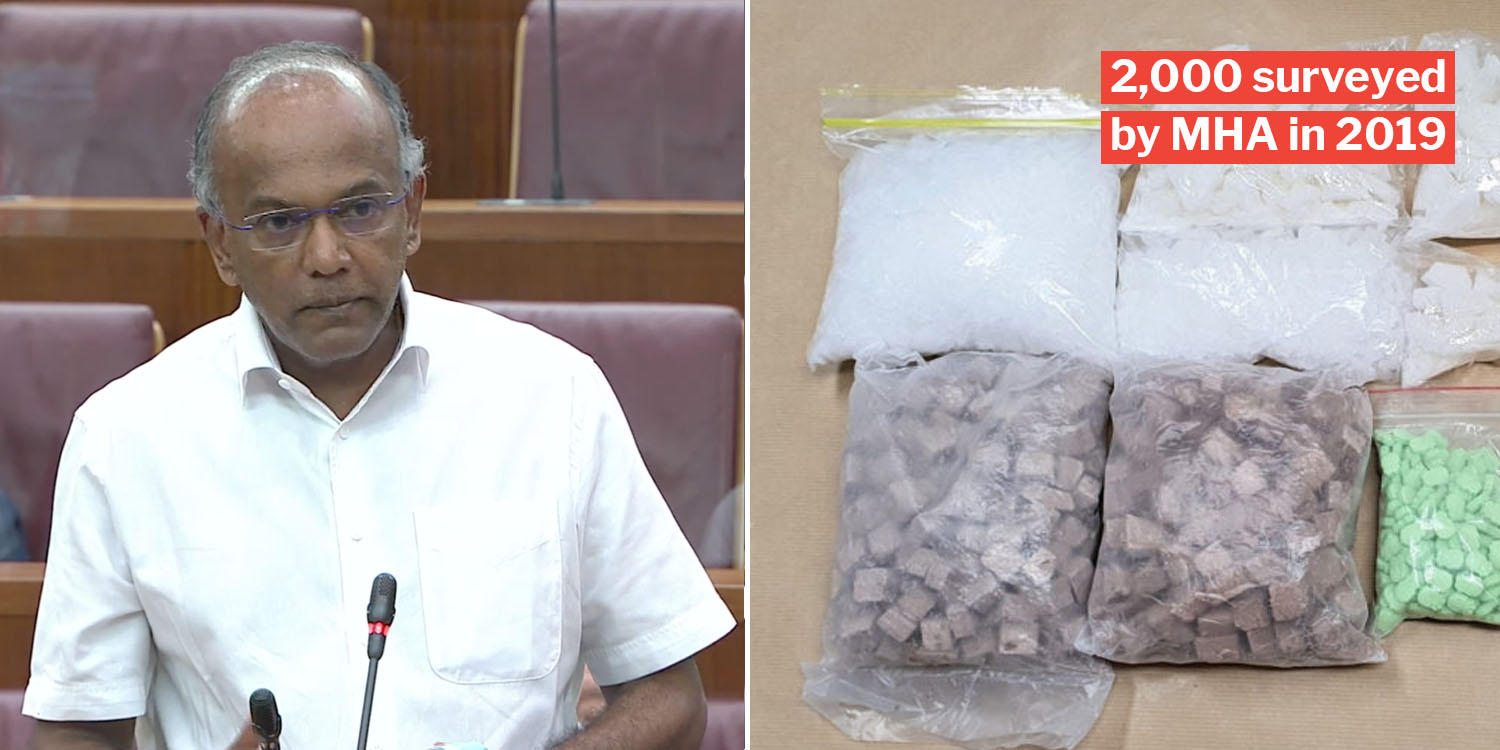 70.6% felt it was more effective for murder too.

The debate on the abolishment of death penalty has been a hot topic in the last couple of weeks.

After public outcry over the imminent hanging of drug trafficker Syed Suhail bin Syed Zin, the President granted him a stay of execution on Tuesday (22 Sep). 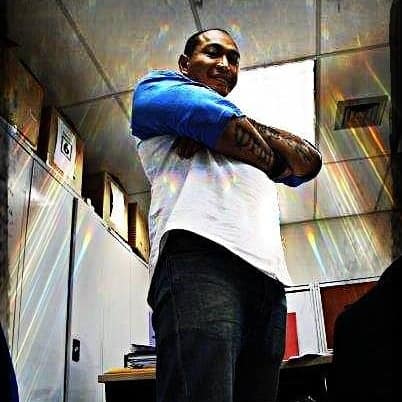 As expected, the issue of death penalty was brought up in Parliament on Monday (5 Oct).

In reply, MHA said that surveys largely favoured the death penalty over life imprisonment for offences like drug trafficking, firearms robbery, and murder.

Associate Professor Jamus Lim, Member of Parliament for Sengkang GRC, had filed a Parliamentary Question for the Home Affairs Minister, inquiring if thorough research had been conducted on the “deterrent effect of a life sentence” as opposed to the death penalty, the Straits Times reports. He further inquired if mental illnesses and addictions of the offenders were factored in when issuing capital punishments.

To this, Home Affairs Minister K Shanmugam said that studies conducted on the death penalty found that it had a stronger deterrent effect on serious crimes — such as the carrying of firearms, murder and drug offences. 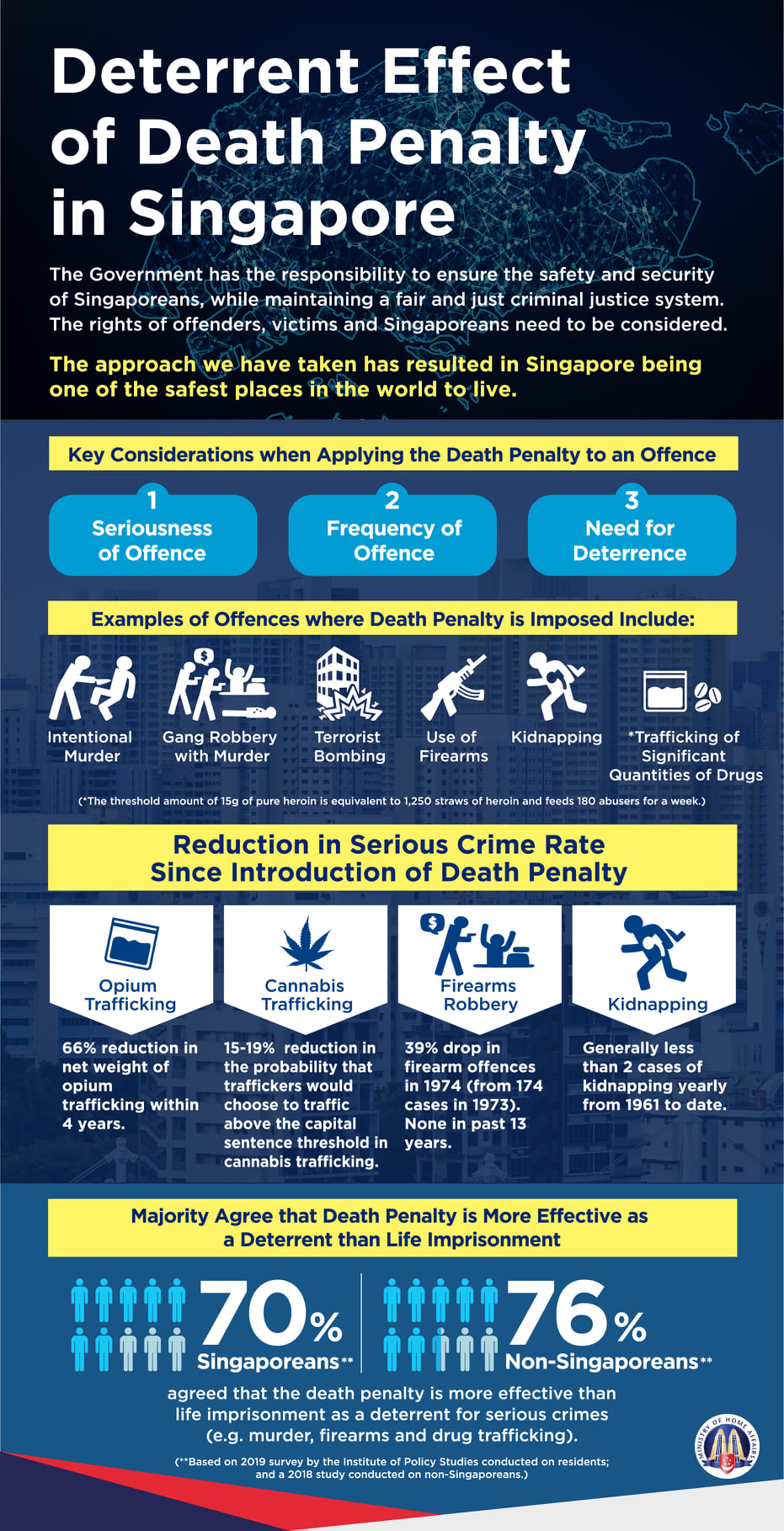 He added that there was strong public support for the death penalty as well.

Mr Shanmugam said that statistics found by the Ministry of Home Affairs (MHA) saw the number of serious crimes decrease after the death penalty was implemented. 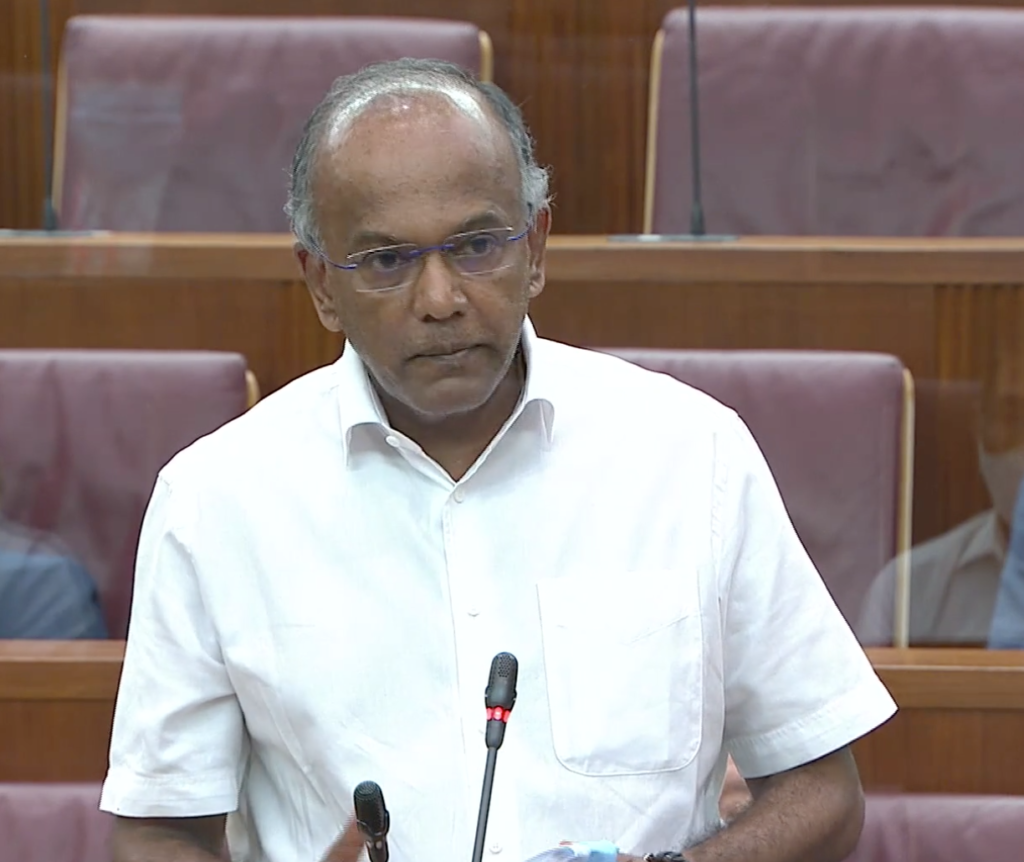 The death penalty for drug offences was introduced in 1990.

After this, the minister said that evidence showed drug traffickers consciously brought in lesser amounts of cannabis and opium to avoid the death penalty, as reported by Channel NewsAsia. 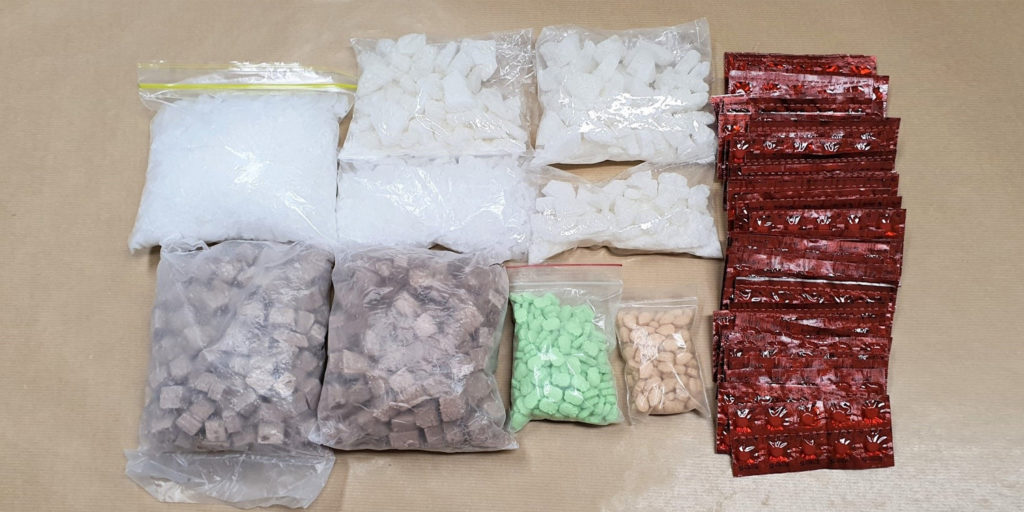 He added that 4 years after 1990, the average net weight of opium trafficked dropped by 66%.

As such, the falling rates coinciding with capital punishment led to “restrictive deterrence”, he concluded.

In his written reply to Dr Lim, Mr Shanmugam said that there’s a weighing of balance of considerations before meting out the death penalty.

“It was important to consider the rights of offenders, victims and Singaporeans,” he said. “The Government has the responsibility to ensure the safety and security of Singaporeans, while maintaining a fair and just criminal justice system.”

He took pains to point out that the criminal justice system is fair when dealing with cases.

Mr Shanmugam added that there are laws in the Penal code – sections 84 and 85 – that already take into account the mental capacity of an offender during prosecution.

The minister then shared that MHA surveys reflected strong public support for capital punishment over life sentences in deterring serious crimes, according to the Straits Times. 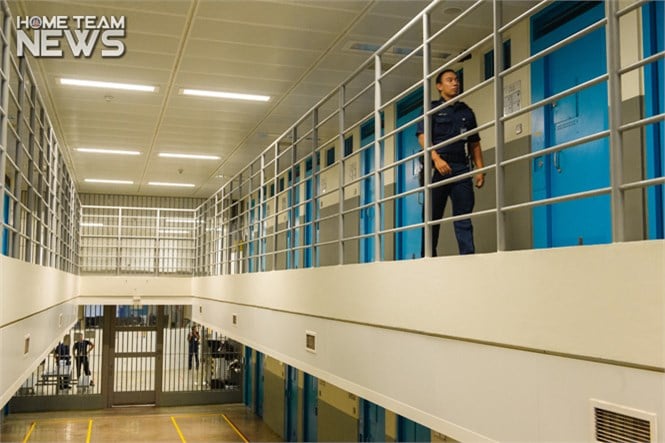 In a 2019 MHA survey, a large percentage of the 2,000 residents believed it reduces the number of serious crimes committed.

70.8% believed it reduced the use of firearms, while 70.6% thought it deterred acts of murder.

68% thought it was a deterrence for drug trafficking offences.

Meanwhile, a 2018 study found that 84% of non-Singapore citizens felt the death penalty was more effective in preventing drugs trafficking into Singapore than life imprisonment.

Capital punishment is indeed a controversial issue and one that governments think long and hard about.

On one hand, the prevention of crime to protect its citizens is of utmost importance. But on the other hand, the human rights of the offenders have to be taken into account as well.

There is no easy balance for these considerations, and we can only hope that the law is fair when dealing with criminals.