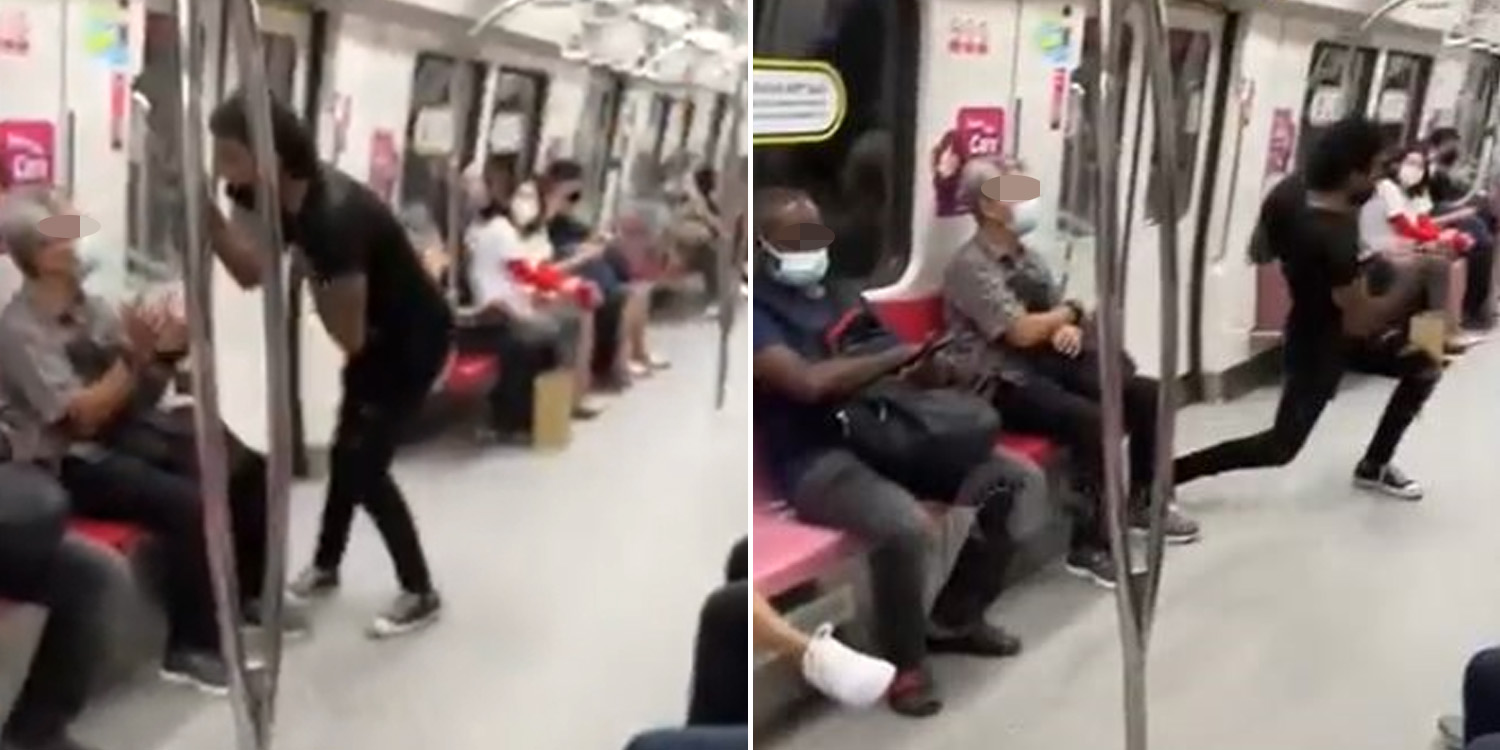 Earlier this month, a video of a commotion on an MRT train submitted to Stomp went instantly viral on social media.

In the footage, a young man verbally and continuously assaults an older man for a few minutes. The teenager was also heard forcing the man to call himself a coward.

The incident has caused state courts to charge him with one count of public nuisance.

Incident on East-West Line on 5 Aug

According to The New Paper (TNP), a netizen said the incident occurred between the Paya Lebar and Kembangan MRT stations on 5 Aug. 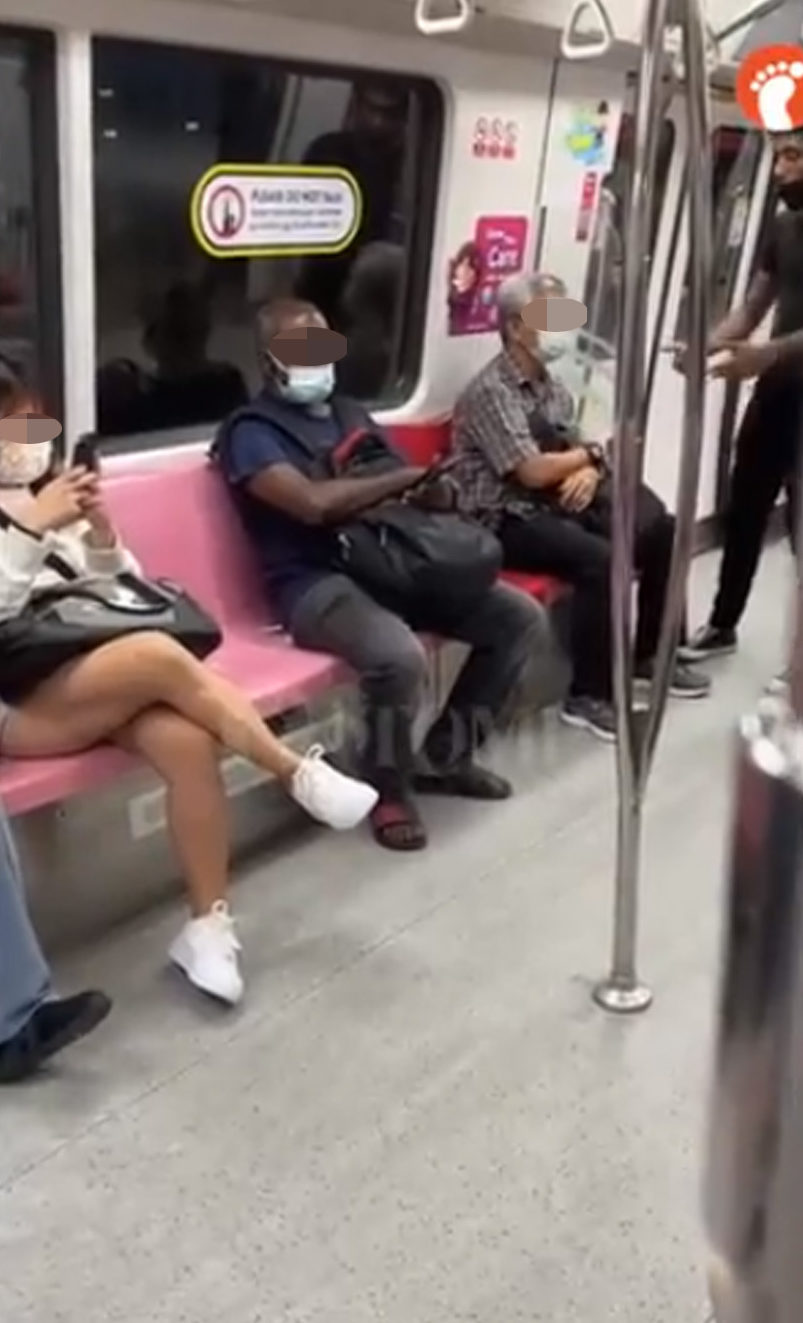 Submitting the video to Stomp, they said the teenager started shouting various profanities at the elderly man for staring, demanding he alight to engage in a fight with him.

In an effort to stop the verbal assault, one of the passengers steps forward, stating:

He is your father’s age. Don’t talk like that. Please calm down.

In response, the teenager says, “You don’t even know my father and don’t talk to me if you don’t know me,” before continuing with the assault.

In the footage, the teenager accuses the passenger of staring at him, who was in a corner seat reserved for the elderly.

Teen tells elderly man to call himself a coward

As the assault continues, he forces the man to tell the rest of the cabin that he is a coward.

The man follows suit, turning to the other passengers, raising both hands up and saying, “I am a coward.” The teenager reacts to this by punching the air and shouting in triumph. When there’s no similar reaction from the rest of the cabin, he urges the man to “say some more,” to which the man repeats his words once again. 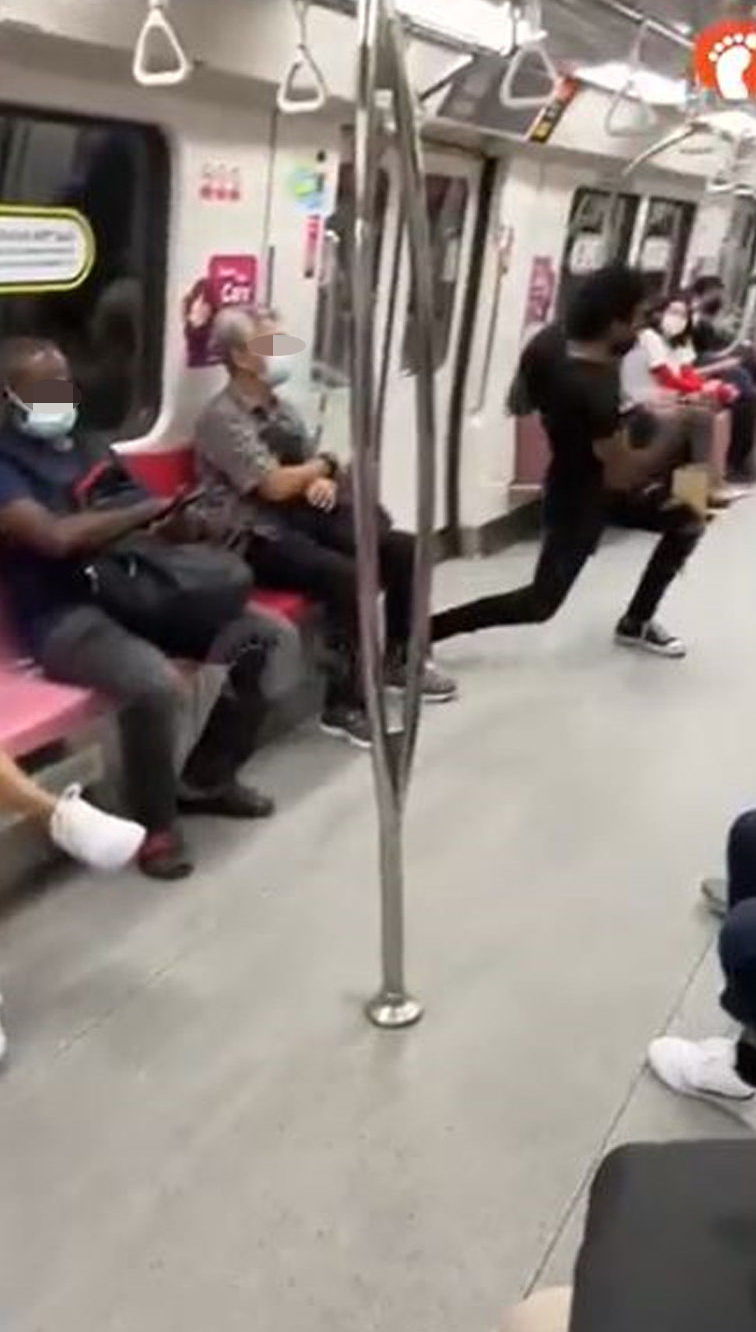 The teenager eggs him on further to keep saying, “I’m a coward,” but this time, the man shakes his head and refuses.

According to The Straits Times (ST), police received a report about the incident on 5 Aug, at around 11.10pm.

Upon reaching Bedok MRT station, though, officers realised the teenager was not present at the scene. 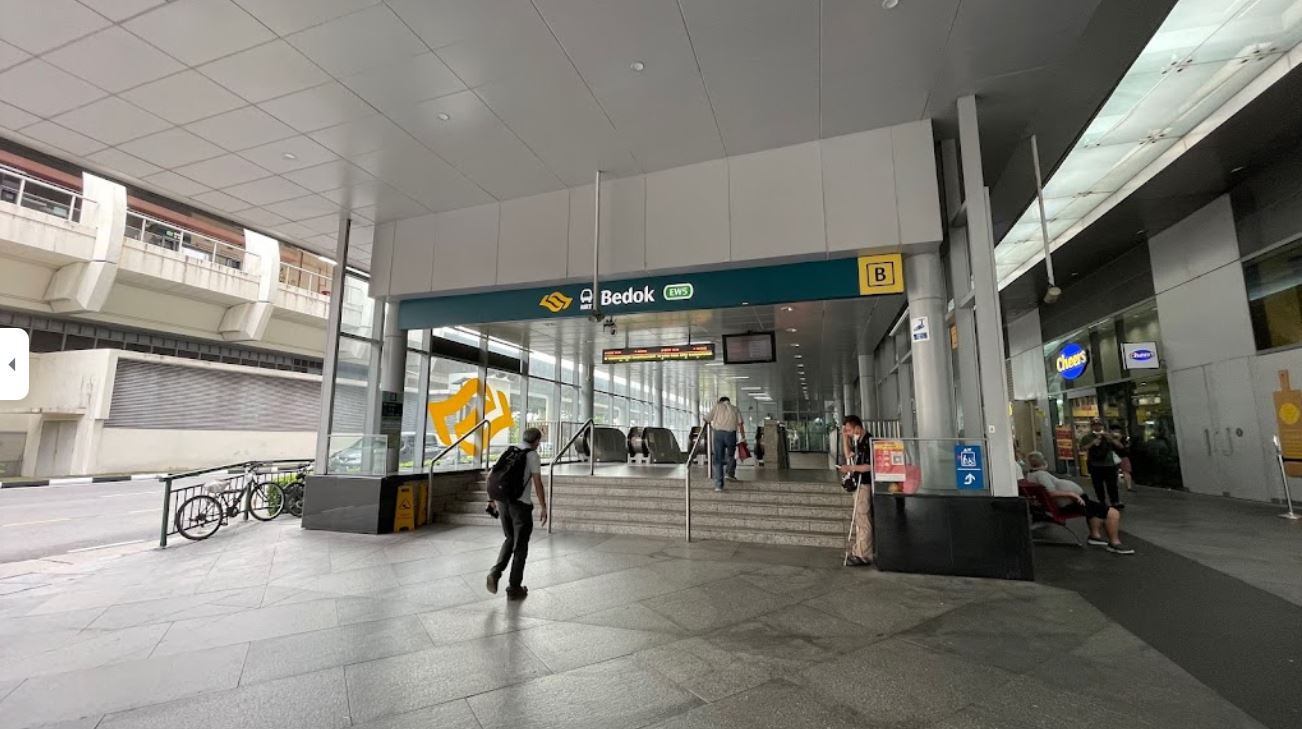 Police officers from Bedok Police Division went on to work with those from the Public Transport Security Command to identify the perpetrator as Ezra Jeet Singh, 19. They managed to subsequently arrest him.

State courts have since charged Singh with one count of public nuisance. If he is convicted, he may receive a fine of up to S$1,000.