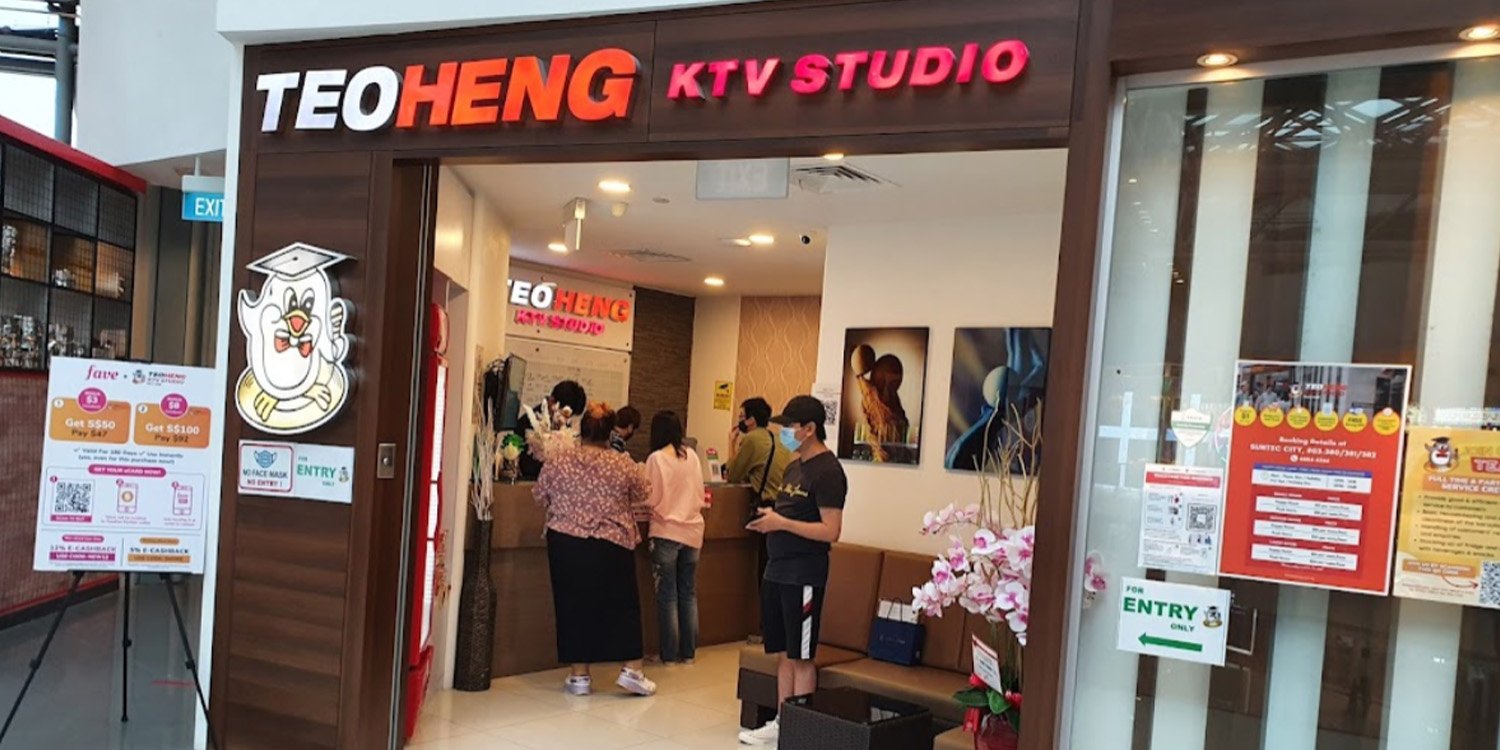 More places for you to belt out to 'Tong Hua'.

Karaoke lovers all over Singapore rejoiced when Teo Heng finally reopened for business in April after closing multiple branches during the pandemic.

You could tell how much folks missed belting out to their favourite classic hits because all four outlets were fully booked for two months.

Recently, the KTV studio announced that they will be opening a new branch at Kallang Wave Mall.

Two more outlets are also in the works.

Like many other businesses that had a harder time pivoting online, Teo Heng struggled badly during the pandemic.

However, now that most restrictions have been lifted, they’ve bounced back stronger than ever. 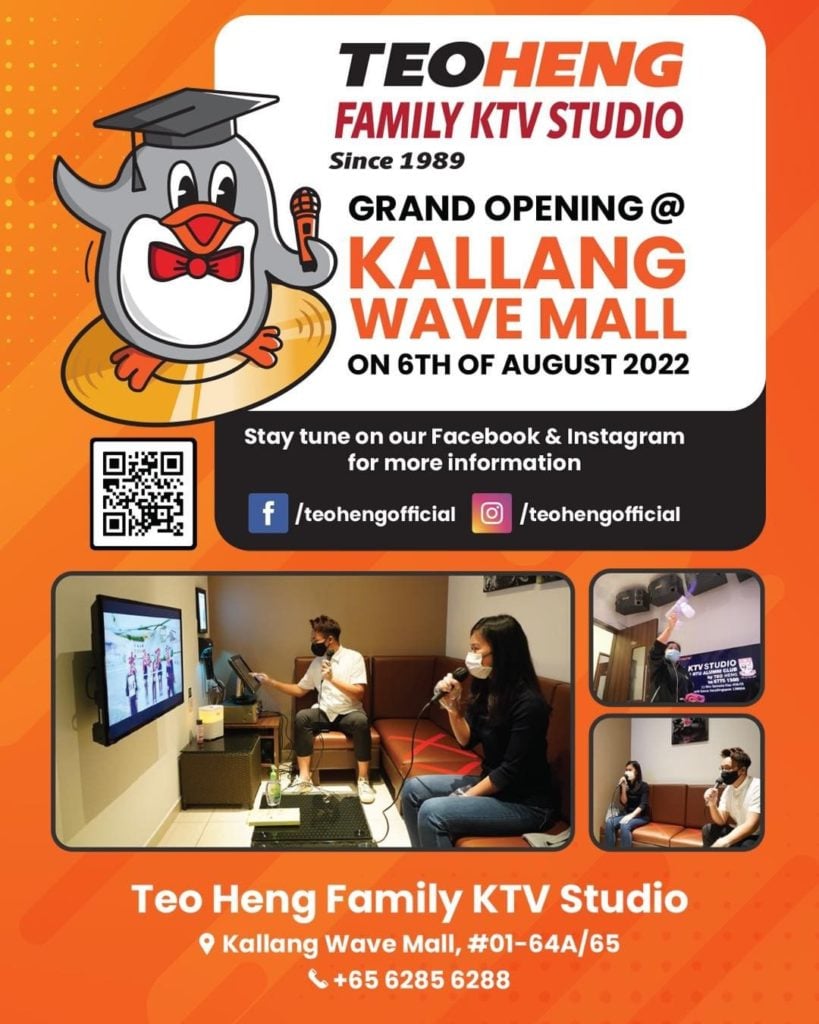 This will be the karaoke chain’s fifth branch in Singapore.

The other four currently in operation are at Suntec City, J-Cube, Causeway Point, and The Star Vista. In addition, customers can look forward to two more upcoming outlets where they can sing their hearts out at.

On Thursday (4 Aug), Teo Heng founder Jackson Teo told Shin Min Daily News that they will be opening another two branches after the one at Kallang Wave Mall. A sixth studio will launch at White Sands before October this year. He can’t reveal any details about the seventh yet as negotiations are still underway.

Mr Teo took the opportunity to thank customers for their ardent support, saying that all the reopenings are only possible because of them.

Before the pandemic, Teo Heng had 14 branches across Singapore.

This news is sure to make the day of every karaoke fan, whether their go-to track is ‘Tong Hua’ (童话) or ‘I Want It That Way’.

Everyone loves a good resurrection story, especially if it involves such a beloved local establishment that went through a tough time during the pandemic.

At this rate, it looks like Teo Heng won’t have a problem having 14 branches – or even more – in operation again.