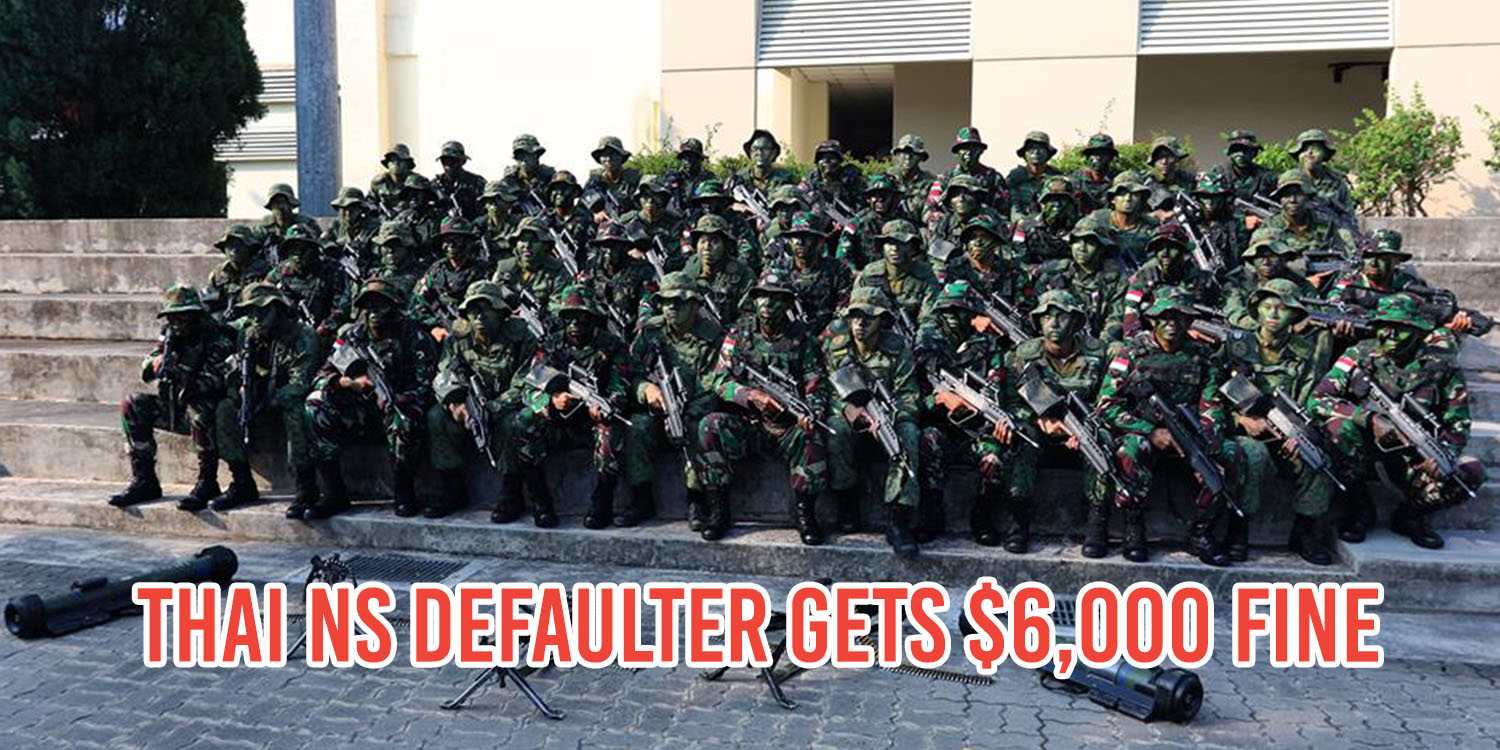 He received a fine of $6,000 after returning voluntarily to Singapore to face charges dating back to 20 Jul 2016.

District Judge John Ng said that a “custodial sentence” – one that involved keeping him in custody within a jail – wasn’t required.

Ekawit’s early admission and surrender to the charges against him, served as “mitigating factors” in the case.

Also, it was determined that Ekawit didn’t really receive benefits as a Singaporean as he:

The judge found it reasonable that Ekawit pledged his allegiance to Thailand as he was born, raised and served in the Royal Thai Army there.

However, Judge Ng elaborated that Ekawit did evade his NS obligations and placed his “personal goals and pursuits ahead of his liability to serve his nation”.

For defaulting on his NS obligations, Ekawit could have received up to 9 weeks’ jail if the prosecution got their way.

Heading back to Thailand soon

As a Singapore citizen till the age of 22, Ekawit had to complete his NS obligations despite being born and raised in Bangkok.

While Ekawit’s dad is a Thai, his mother is a Singaporean who registered her son as Singaporean at the age of 1.

Now, Ekawit’s mother has expressed that the family would be returning to Thailand once the fine is settled and his passport is released.

He will be resuming his job at an air-con company back in Thailand.

We’re glad that the case has been resolved for now, and Ekawit will continue to be able to visit his relatives and grandmother in Singapore.

Let us know if you think the fine was sufficient or if a heftier penalty should have been served.

For more on his case, check out our coverage below: