The Cathay Cinema To Close After 83 Years, Business As Usual At Other Theatres The end of an era.

The Cathay Cinema To Close After 83 Years, Restaurants & Shops Not Affected

The cinema at The Cathay is arguably one of the most iconic theatres in Singapore, not only due to its illustrious history but also its convenient location.

Sadly, after 83 years, the Cathay Cineplex along Handy Road will close for good after 26 Jun as part of the group’s “cost rationalisation process”. Operations at other Cineplexes, however, will continue.

Closure of The Cathay Cineplex was a ‘business decision’ As retail traffic demographics change over the years, the media company has had to evaluate the commercial viability of running two cinemas 1.5km apart along the Orchard shopping belt. The other outlet in question is likely Cineleisure Orchard.

mm2 Asia also took into consideration the existence of another multiplex just 300 metres away — probably The Golden Village outlet at Plaza Singapura.

Despite the cinema’s imminent closure, it’ll be “business as usual” for other Cathay outlets across the island.

The move will not affect other shops and restaurants in the building, according to The Straits Times.

Opened more than 80 years ago

According to NLB, The Cathay Cinema opened on 3 Oct 1939 some 83 years ago and was the first public space with air conditioning in Singapore. 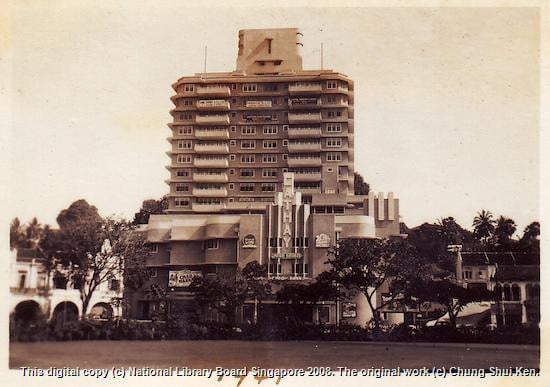 Over the span of its existence, the cinema within the Cathay Building witnessed several historical milestones, including World War 2.

In 2003, the building was gazetted as a national monument. Thereafter, following a major redevelopment, it reopened with a new name, “The Cathay”.

The imminent closure of The Cathay cinema will surely come as sad news for frequent moviegoers in town.

If you’d like to patronise the theatre one last time before the closure, be sure to do it over the coming week or so.

What films do you remember watching there? Share your memories with us in the comments.