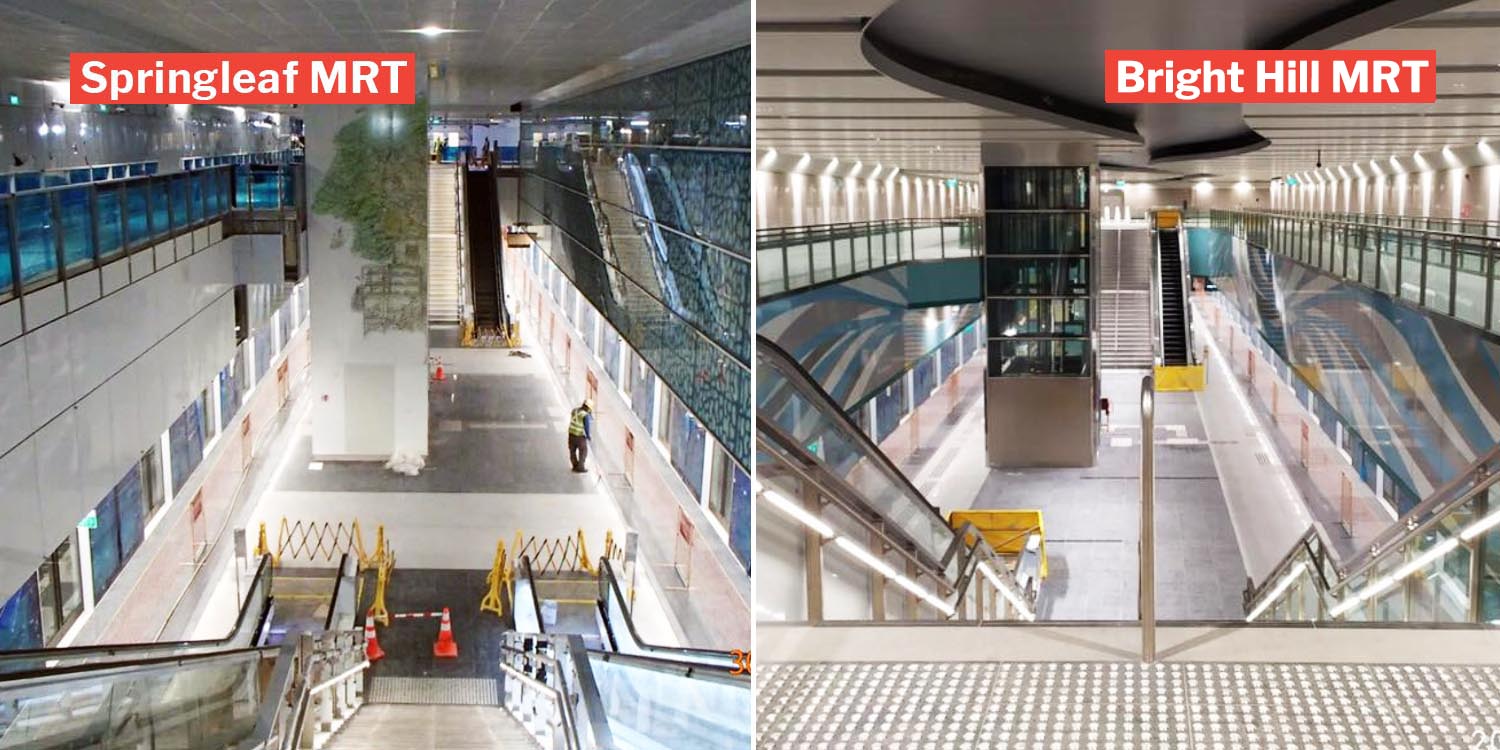 6 New Stations Along Thomson-East Coast Line Already 90% Complete, Will Be Opening By Late 2020

If you live around the outskirts of Ang Mo Kio, walking by the upcoming Brown Line MRT stations wondering about their progress, here’s the answer you’ve been looking for. 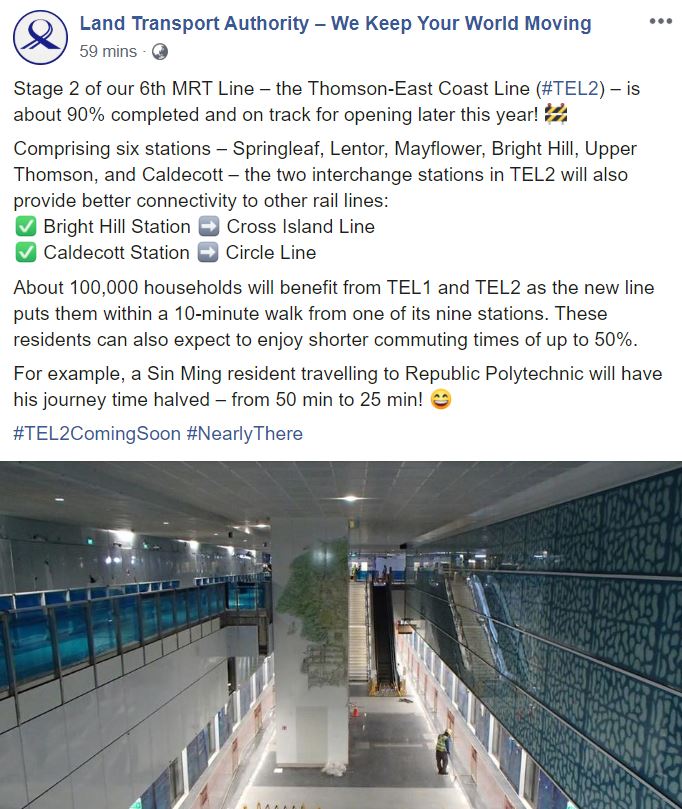 The 6 stations – Springleaf, Lentor, Mayflower, Bright Hill, Upper Thomson, and Caldecott – will be opened by late 2020. 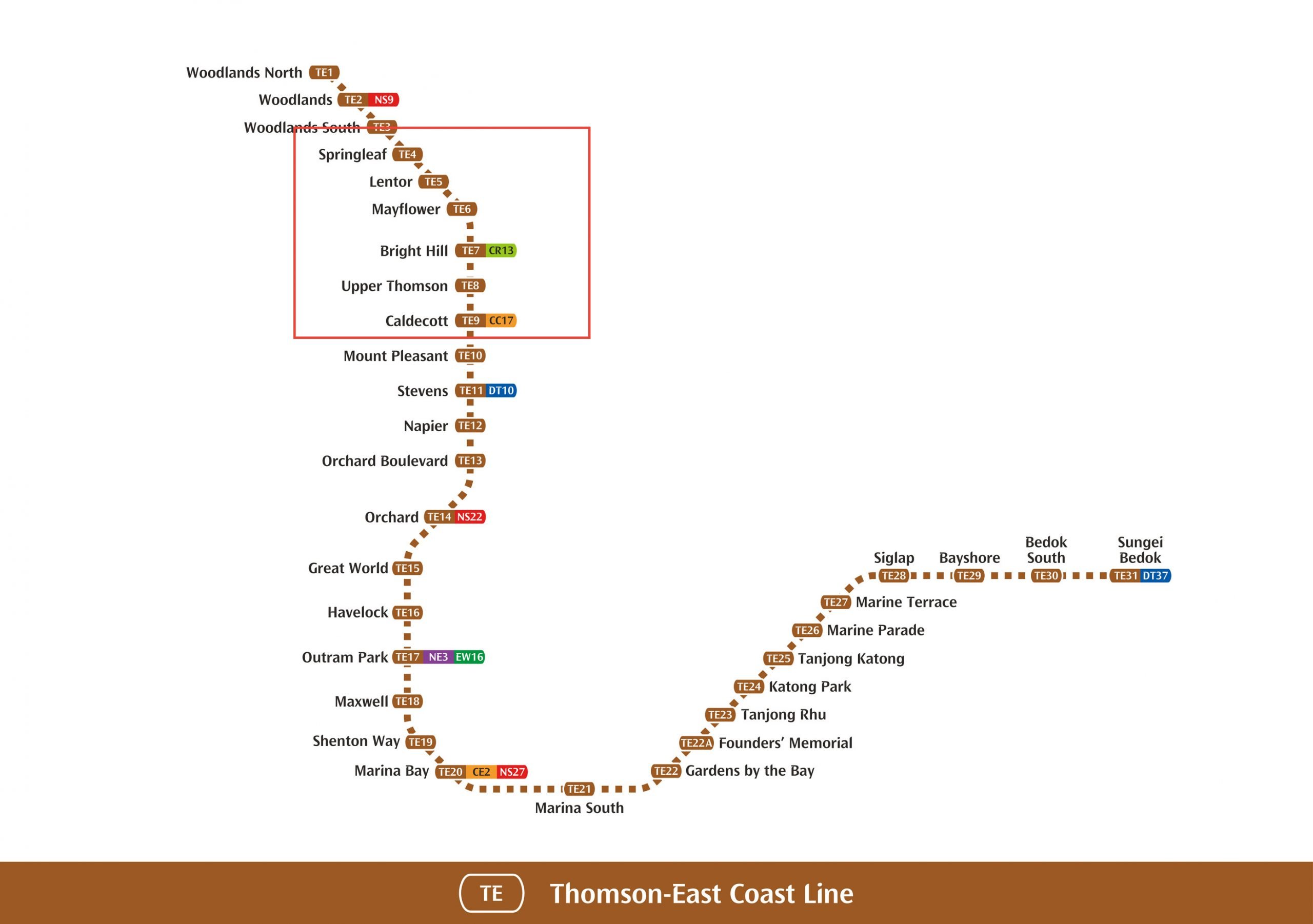 Here’s more on what you can look forward to.

LTA also mentioned that of the 6 new MRT stations, Bright Hill and Caldecott will be interchange stations.

That means, TEL commuters can change to Cross Island line via Bright Hill station, and change to Circle Line via Caldecott station.

For the uninitiated, the Cross Island line is another upcoming MRT line – coloured light green line – which is expected to connect you directly from Jurong to Changi once plans are confirmed. 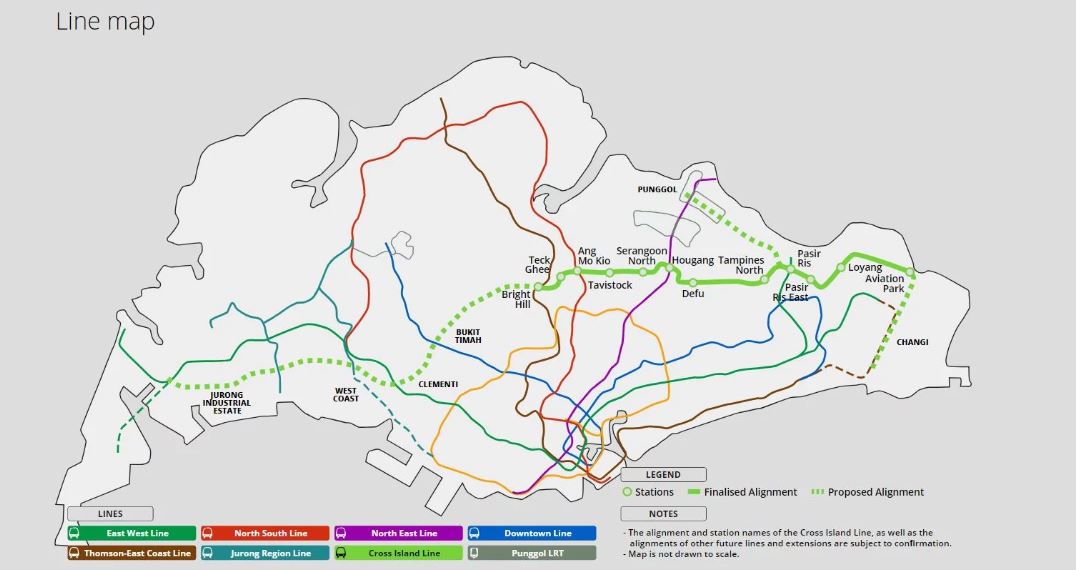 In a press release, LTA shared that Mayflower station, located in the mature estates Ang Mo Kio and Kebun Baru, will be equipped with elderly-friendly amenities. For example, barrier-free entrances.

The station will also be directly connected to schools and community clubs like:

Once the 6 new stations officially open along the Thomson-East Coast line, about 100,000 households will benefit from it, says LTA.

The new line puts these households a short 10-minute walk away from one of the 9 stations along this line. 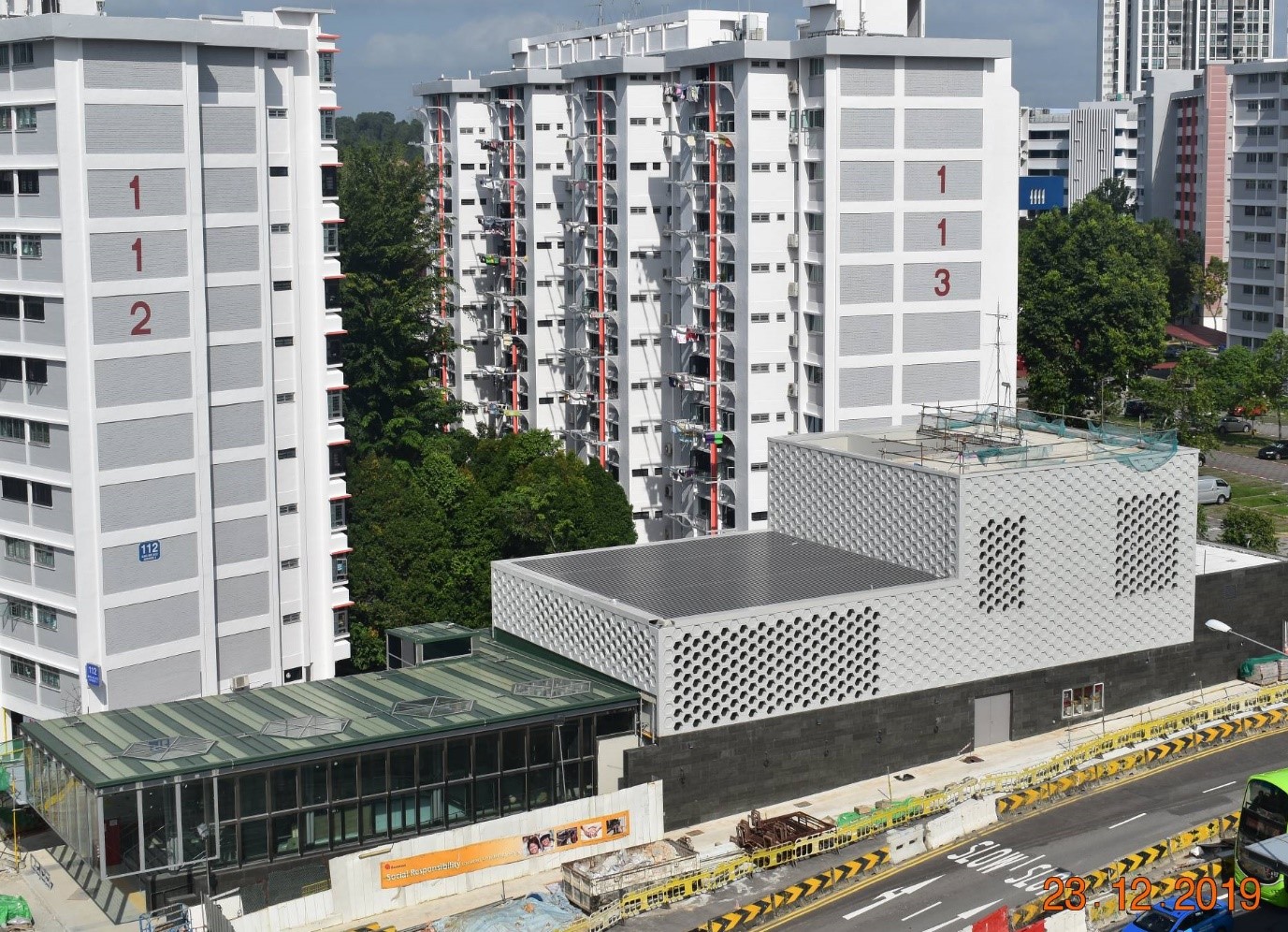 LTA added that these residents can also look forward to shortening their commute by 50%.

For example, if a student stays around Sin Ming area and has to travel to Repulic Polytechnic in Woodlands for classes, it would typically be a 50-minute journey.

But with the new Thomson-East Coast line, this student’s journey will be shortened to about 25 minutes.

You can view LTA’s press release here for more information regarding the 6 new stations along Thomson-East Coast line.

With all newly opened Thomson-East Coast line stations, we believe commuters from all over Singapore will enjoy the benefits of shorter travel duration.

Kudos to LTA for completing the new MRT stations so efficiently!