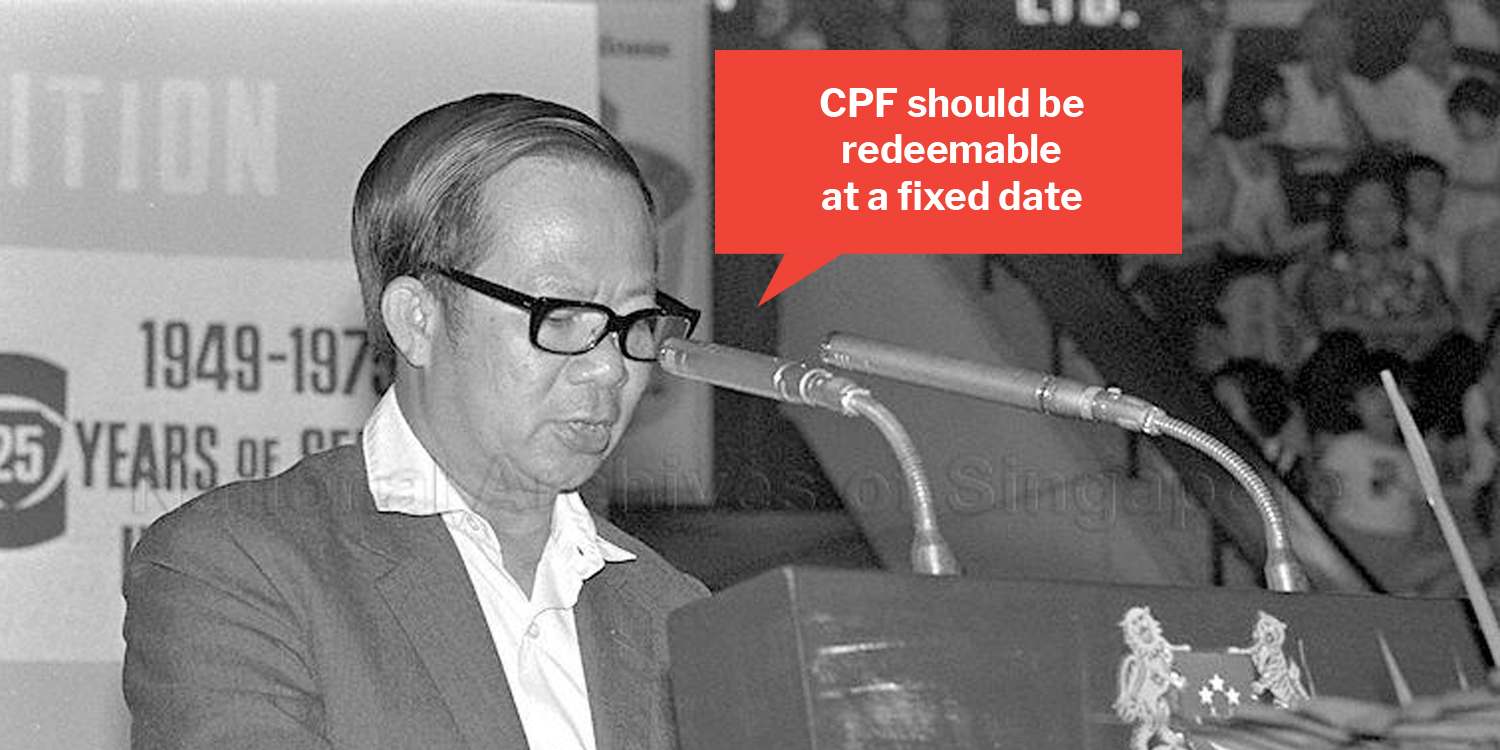 There has been a great deal of debate lately about the Central Provident Fund (CPF), and in particular, the CPF withdrawal age.

We thought it was a great time to look back at what respected politicians have said about the issue in the past.

In June 1984, Dr Toh Chin Chye, the former Deputy Prime Minister of Singapore, gave a passionate parliamentary speech, criticising the CPF Board for attempting to raise the withdrawal age. 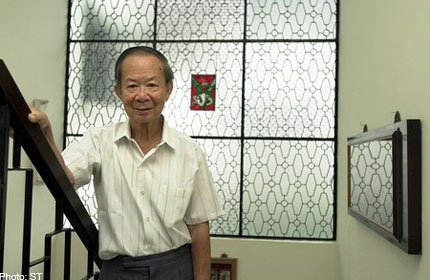 In short, he pointed out that raising the withdrawal age is against the CPF’s “fundamental principles” and may lead to an erosion of trust between CPF and its contributors.

We’ve republished the often quoted segment from ‘Column: 1543‘ here. The key takeaways from his speech are summarised after the jump.

Dr Toh Chin Chye: We need to clearly define the boundaries within which the CPF will be used for retirement. We must spell that out. You just cannot say, “Let us raise the withdrawal age to 60 or 65.” It must be 60. It must be 65. Now, at which age?

If I were to put this sum of money in a commercial bank and, on the due date I go to the bank to withdraw the money, the manager says, “I am sorry, Dr Toh, you will have to come next year”, there will be a run on the bank! It is as simple as this, that the CPF has lost its credibility, the management of it.

This is fundamental…This is the nub of the problem – the credibility of the management, gradual encroachment into the purpose of the CPF which was instituted really to provide for retirement.

Again, there are many permutations on how people retire. Assuming that the CPF is like a vast insurance company, and then it hands out an annuity. I am old. It may well be that at 60 or 65 I am no longer employable. I may be senile, nobody may want to employ me…

It does not mean that employers, by just raising the retirement age to 60 or 65, will find that there will be increased productivity…I am not against the Minister for Health spelling out future problems, but I would like to ask him, “Is it true, really, looking at these statistics, the dependency ratio is so many percent?”

Does that mean that the Government is really supporting all these aged? On the one hand you say, “No, no, it is the family members who are supporting the aged parents.” So where does the CPF come into play?

This is why this document – it should be a green paper, not a blue paper – would have been better if minds had been applied to the whole problem, so that we are set at ease about your thinking…

Mr Speaker, as a senior citizen, I am beyond the decision of the Committee whether my withdrawal age should be 60 or 65.

Mr Howe Yoon Chong: You have already withdrawn yours?

Dr Toh Chin Chye: I have withdrawn mine. But in fairness to my constituents and to others who have not yet reached this age, I ask “Do you wish me to speak, or do you wish me to be dumb?” They say, they are against this.

So I have to explain to them the problems that they will be facing and, most importantly, some of them tell me this. They are not going to squander their money on world-wide trips to see Mickey Mouse in Disneyland.

Some married late. By the time they retire at 55, their children are due to go to junior college or the university. Many of them are banking on this sum of money to cover the cost of their children’s higher education.

Dr Toh Chin Chye: If you say they cannot withdraw until 60 or 65, their children had it. It is as simple as that. With these words, Mr Speaker, I pass the debate to abler Members of the House. [Applause]

Mr E.W. Barker: Resolved. That the debate be now adjourned.

Mr Speaker: Debate to be resumed what day, Mr Howe?

Mr Speaker: So be it.

You can also read the full transcript here.

CPF contributions are a “loan” to the Government

Dr Toh pointed out that CPF’s “fundamental principles” will be breached if they chose to increase the withdrawal age.

In his opinion, CPF contributions were comparable to “fixed deposit or a loan to Government”.

Therefore, contributors should be allowed to make withdraw their money on the date promised initially.

He then went on to draw parallels with a commercial bank.

If someone deposits money in a bank and was later told on the “due date” that he wasn’t able to withdraw his money, a “run on the bank” will soon ensue.

In other words, people wouldn’t be pleased with the bank, and their trust in the bank would be eroded.

Therefore if the CPF were to change its withdrawal age, it would similarly lose its “credibility”.

CPF may be further diversified

Dr Toh also touched on the MediSave scheme implemented earlier that year. The CPF was initially created in 1955 to help workers provide for their retirement.

Since then, the CPF has been expanded to cover for housing expenses in 1968.

With MediSave, savings originally meant for those purposes will now be used for healthcare as well. In the future, he added that the usage of CPF may be further diversified — which turned out to be prophetically true.

He left everyone at the speech with a fitting analogy as food-for-thought,

So the Minister of Health says,

“Well, I have got one nut. Now I can get two nuts. How do I solve the problems of the aged?”

He felt that raising the withdrawal age would provide a temporary solution, but wouldn’t fully solve the “problems of the aged” in the long-run.

In many ways, Dr Toh’s words may have ensured that the CPF withdrawal age remains at 55 today.

When CPF contributors turn 55, they can withdraw up to $5,000, or the excess amount that they have after taking into account the retirement minimum sum.

What has changed over the years, however, is the Payout Eligibility Age — the earliest age CPF members can start receiving monthly retirement payouts.

The Payout Eligibility Age stands at 65 now. Anytime after turning 65, CPF members can “instruct” the CPF Board to begin monthly payouts.

Those who wish to keep their retirement funds in the account longer, can enjoy a 6% per year compound interest.

However, CPF members can only delay payouts till age 70. If the CPF Board isn’t instructed to begin payouts, you will get your payouts automatically upon hitting the age of 70.

Passing the debate on

Dr Toh’s speech 35 years ago continues to touch our hearts today. Eventhough he had already withdrawn his CPF, he still spoke out valiantly for what he felt was right for his constituents.

Now that you have a clearer idea about the story behind Dr Toh’s iconic speech, do you agree with what he said?

8 Reasons Why CPF Payout Age Is 70 If You Don’t Opt In, Explains Josephine Teo