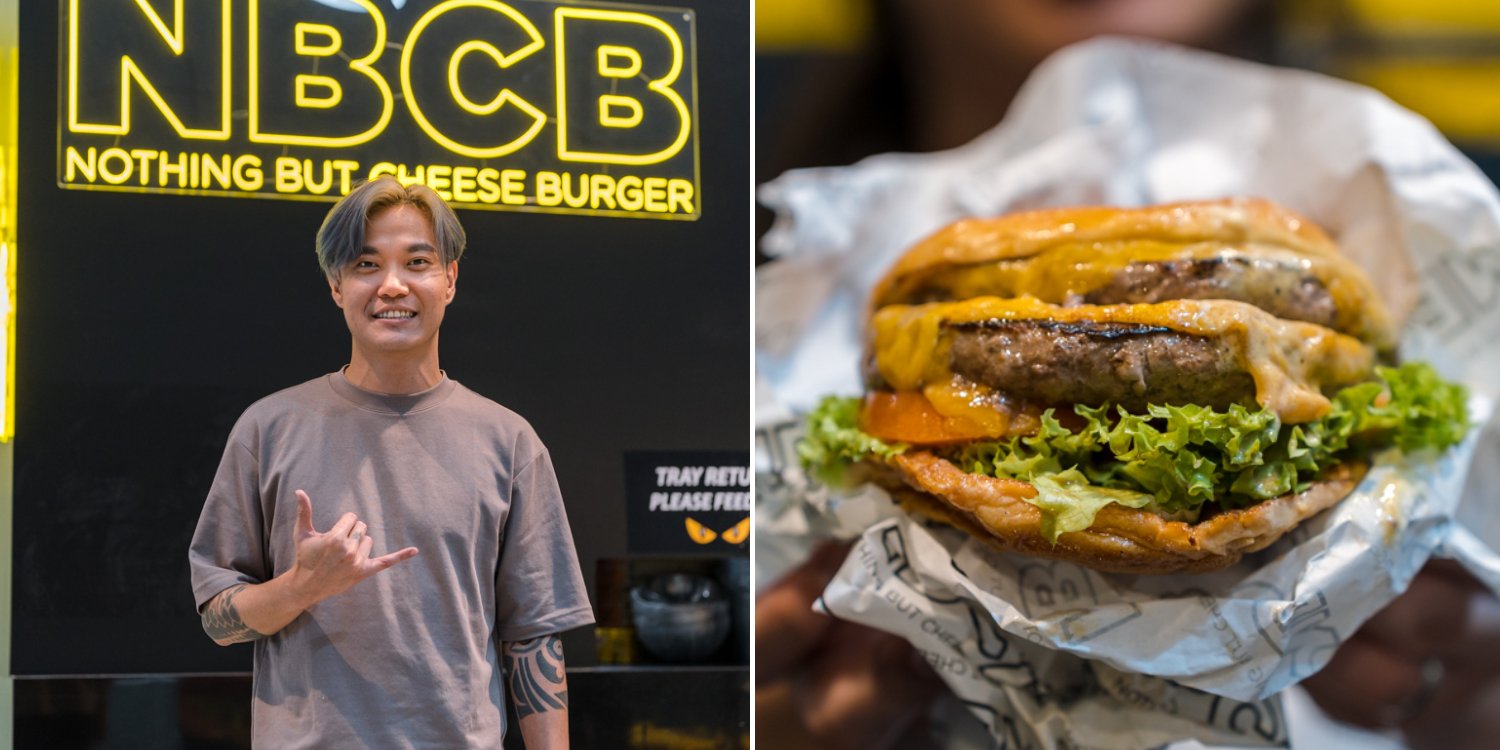 From ah beng to business owner.

Ask 36-year-old insurance agent and restaurant owner Tommy Wong if he ever planned on starting a restaurant, and he’d readily say ‘no’. But sometimes, you have to roll with what life throws at you.

What began as a way to provide for his pregnant wife became an F&B business that the self-professed ‘ah beng’ now runs alongside his insurance policies — NBCB, which stands for Nothing But Cheese Burger. 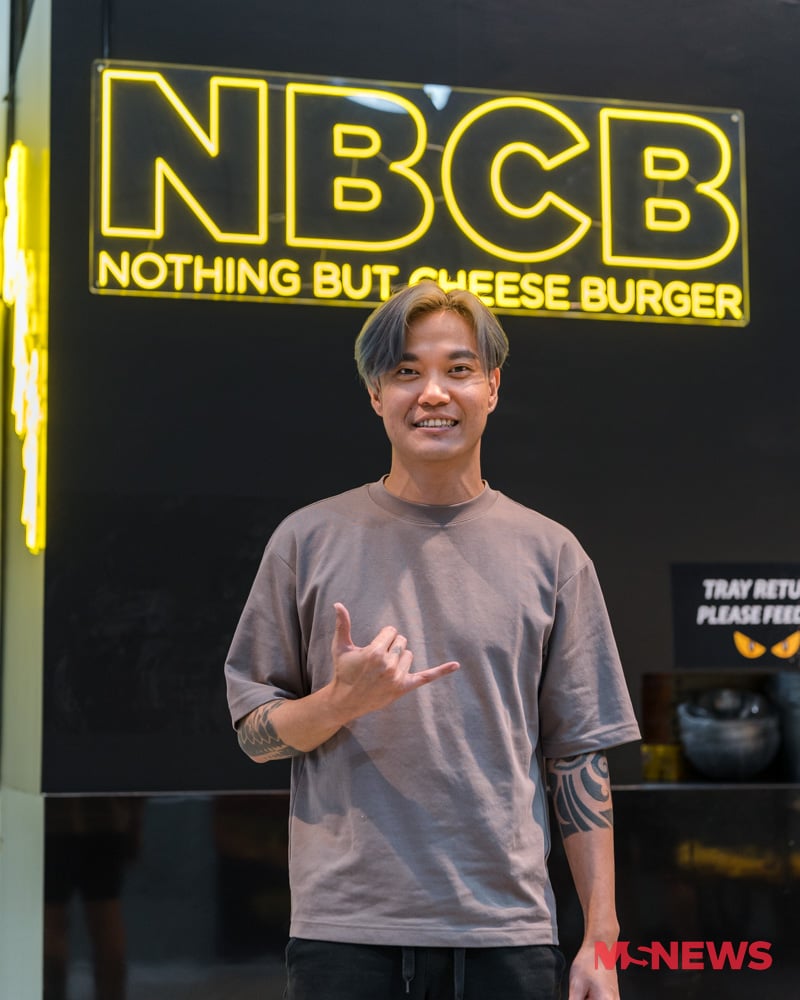 From the name to the food items, which are variously named after Singlish expressions, the restaurant has garnered some notoriety — with people from all walks of life coming to check the place out and, sometimes, say hi to Tommy himself.

MS News chatted with Tommy to find out how he balances family life with running an eatery, why he prefers running restaurants to flipping burgers at home, and the struggles that come with doing so.

The story of how Tommy came up with NBCB is well-documented. While coming up with new ways to prepare food for his wife during the Covid-19 pandemic, Tommy became obsessed with crafting a cheeseburger that would suit his taste. 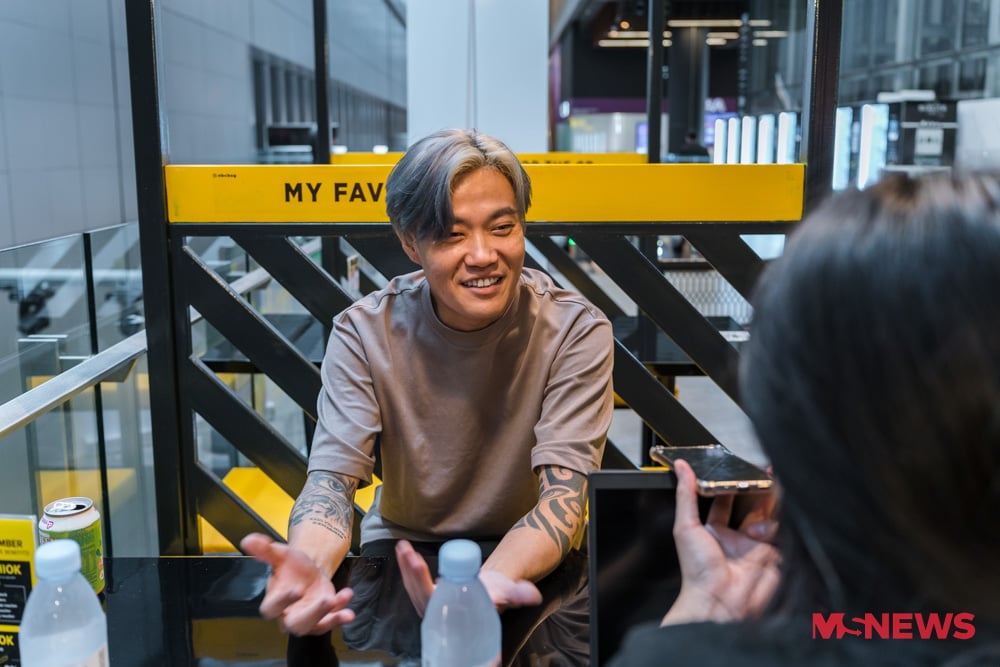 To do this, he experimented with various recipes and religiously watched YouTube videos until he found a taste he was satisfied with. “I think I’ve watched 90% of all burger-related videos on YouTube,” he laughed.

And if he were honest, Tommy confessed that he would not have started selling his burgers, let alone open a restaurant, without the encouragement of his family and friends.

The home-based business (HBB) was initially going to be a short-term affair — Tommy was going to wrap the business up in December 2021 as his wife was giving birth to their second child.

“My customers (said) if budget allows, why not see if you can open a stall?” And the rest was history… sort of.

Tommy could not have done it without seeking his wife’s blessings first, as he wanted to be around to take care of their second child. But she was understanding enough to know that the F&B business can mean long hours and lots of investment.

But with her blessing, Tommy was able to go ahead with setting up the business.

To make up for the time he’d be spending on turning NBCB into an eatery, Tommy keeps his weekends free to spend time with his family, leaving most of the day-to-day operations to his general manager and staff.

But opening a restaurant is on a different scale from running an HBB. For example, Tommy would no longer be behind the grill or in the kitchen because he does not feel qualified enough as a chef to do so.

Then there was the issue of finding a place to rent — Tommy revealed that he was turned away by several malls due to the NBCB name, which operators thought would offend consumers. He was also hesitant about setting up a hawker stall due to “various downsides” such as long hours and needing to handle more things by himself.

On the other hand, Orchard Central saw an opportunity to have a restaurant with a distinctly local flavour. Plus, the Omakase Burger premises had just been vacated, which saved Tommy costs that would have gone into refurbishment for a burger joint.

Luckily, his wife was in the hotel industry for 15 years and had contacts with chefs, who, in turn, brought in their own people who they’d trained.

Tommy can now count on over 30 staff who run the business daily, and he’s thankful that his wife had the connections ready to start the business.

Serving up what he likes

Rather than follow the latest market trends, Tommy has based the business mostly on his tastes and preferences.

But, of course, some ideas just aren’t viable. For example, he received a warning from authorities after playing ‘manyao’ songs. When MS News was at NBCB to interview Tommy, the playlist was decidedly Western and mainstream.

Adaptation has been necessary — from dealing with landlords to unreasonable customers, Tommy has had to learn quickly on the job.

For example, the burger buns went through several iterations before he finally settled on brioche. “It’s what I like,” he said. Similarly, the DCB (Double Cheeseburger), which kicked off the entire business, is about “90%” based on his recipe. “I eat it up to five times a week,” Tommy revealed. That’s when you know he’s not just selling something to capitalise on trends.

After all, a good burger is comfort food — Tommy believes it should be as simple as possible, with add-ons for customers who wish to zhng up the burgers to their taste. 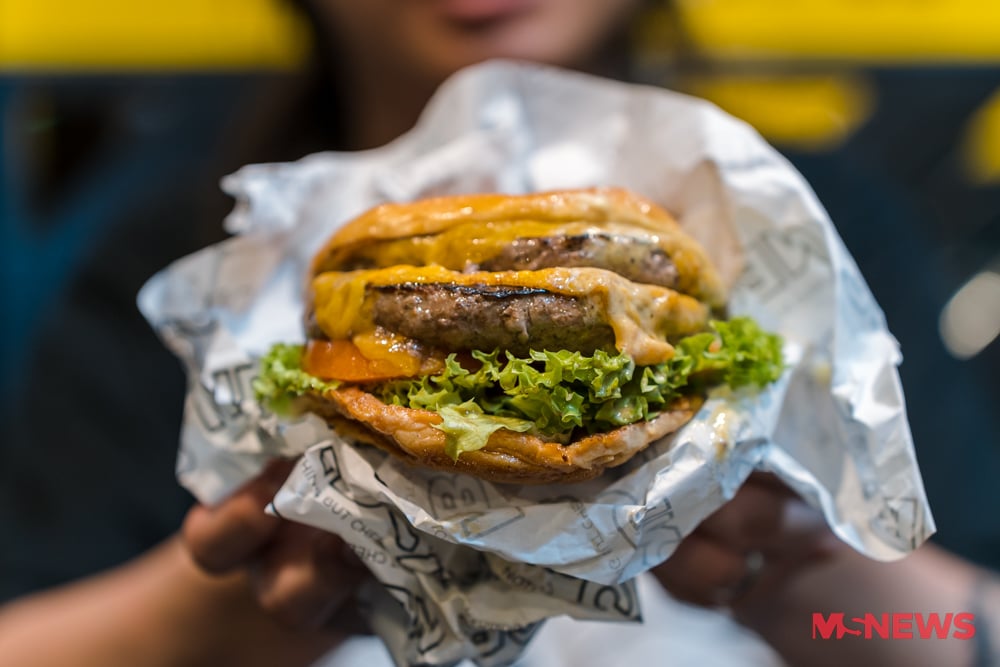 The other burgers offered on the menu are creations of his staff, following feedback from them and from customers. However, Tommy prefers to keep the menu lean, “sort of like Five Guys”.

He readily admits that he takes inspiration for NBCB’s branding from ‘old bird’ brands, such as Shake Shack and Five Guys. “What you see is what you get”, or WYSIWYG is something Tommy strives towards.

Of course, he doesn’t forget to add local flavour as well, especially in his food item names. From ‘zhng your CB’ to food items named ‘WTF’ (the fish burger), it’s clear that there’s a desire to make NBCB as local as possible.

Tommy is candid about sharing the costs and profits of running NBCB on his TikTok livestreams, as he believes in transparency. For example, if customers ask why his burgers cost as much as they do, he’ll give a breakdown of the ingredients and the amount he makes after deducting costs — which “isn’t much”, according to him.

Because his staff handles the operations, they know roughly how much the business makes and loses as well. Tommy believes this candid approach gives them a stake in the business too.

“They have the right to know why certain things are the way they are,” he shared.

This applies to the salaries his team is receiving too — since they roughly know the profits and losses, the team will know if they are being underpaid.

If I give someone my trust, I’m prepared for them to betray me.

It’s taken time for him to develop this mindset, and the lesson learned is that trust has to be the foundation of everything that comes after. That, and communication, are what underpins his philosophy on business.

Although Tommy’s only in his first year of running the business and is yet to make a profit, he has a long-term view. The opening of NBCBC’s second outlet in Katong I12 is merely a part of his goals.

“Actually, it’s because we got too many staff,” he laughed when asked why he opened another outlet so quickly. And in any case, Tommy has goals other than to make money.

“If (NBCB was made as) a money grab, then it’s very easy. I just sell (my burgers) at S$20. I will get a lot of customers initially, but they will not return la.”

He shared that he could’ve tried to attract as many different customers as possible and pocket the profits. But money isn’t what he’s looking for, at least in the initial stages.

For example, the new outlet is part of his goal to have more NBCB outlets in the coming years. He shared that he “wants NBCB to be like the Jollibee of Singapore”, just like how the Philippines fast food chain is ubiquitous in its homeland. 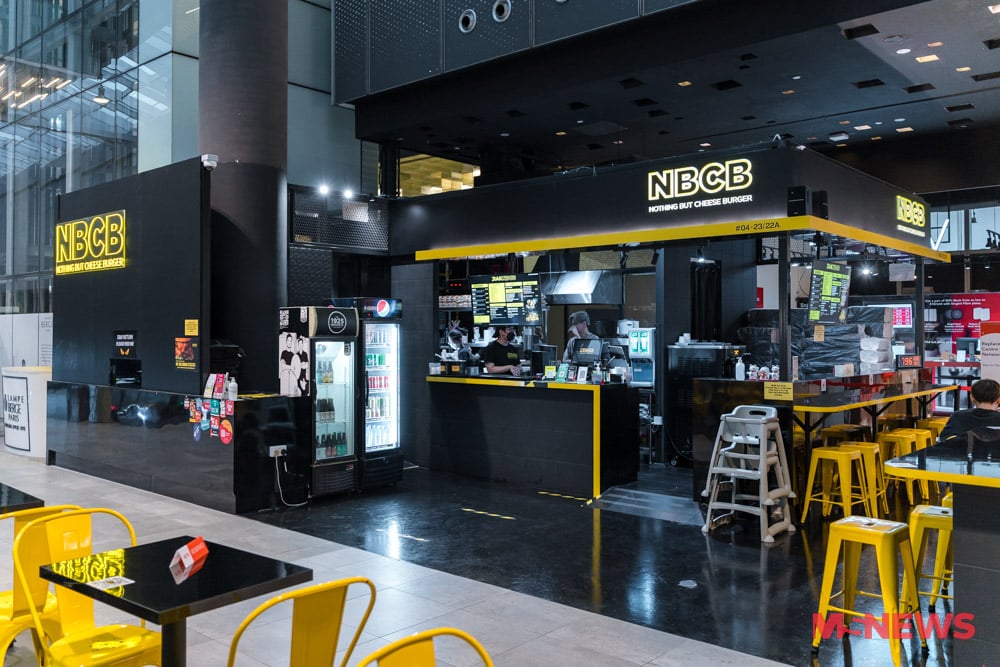 For that to happen, he is focused on opening “at least one” outlet yearly for the next five years, with the next one likely to be located in the West.

Some may wonder if expanding too quickly when the business isn’t even profitable is a smart move, but Tommy has his reasons for it — mainly to ensure consistency.

Consistency is a word he keeps repeating. Be it customers, food quality, or even the branding, he wants these to be uniform and prefers returning customers to those who seek novelty.

While NBCB owes much of its early success to word-of-mouth marketing from its HBB, Tommy has had to adapt the business’ branding and is now the ‘face’ of NBCB — thanks to his TikTok videos.

To increase NBCB’s presence on social media, Tommy regularly does TikTok videos where he puts on an ‘ah beng’ persona, sometimes up to eight a day — to the surprise of his friends, which includes Simonboy.

He sheepishly noted that when he starts getting obsessed with a goal, he will pour all his efforts into it.

But Tommy’s content runs the gamut of comedy, reactions, and sometimes even life advice because, as he notes, he receives many comments about his business or his life in general.

With over 20,000 followers on TikTok, perhaps Tommy’s doing something right.

Go where life takes you

Tommy confessed that he wasn’t exactly a good student and had no idea what he wanted to do until he met people he commanded in NS, all with their hopes and dreams. It spurred him to ask his parents for one last investment — to let him study in Australia.

After some convincing, they relented, and he’s worked hard ever since to provide for his growing family.

It was never his dream to open an F&B business, but Tommy has enjoyed the experience of leading a team and watching them grow alongside the business.

To achieve his dream of NBCB being as popular as Jollibee is in the Philippines, he’s prepared to continue working in insurance until he turns over enough profits from NBCB. Even if the process takes years.