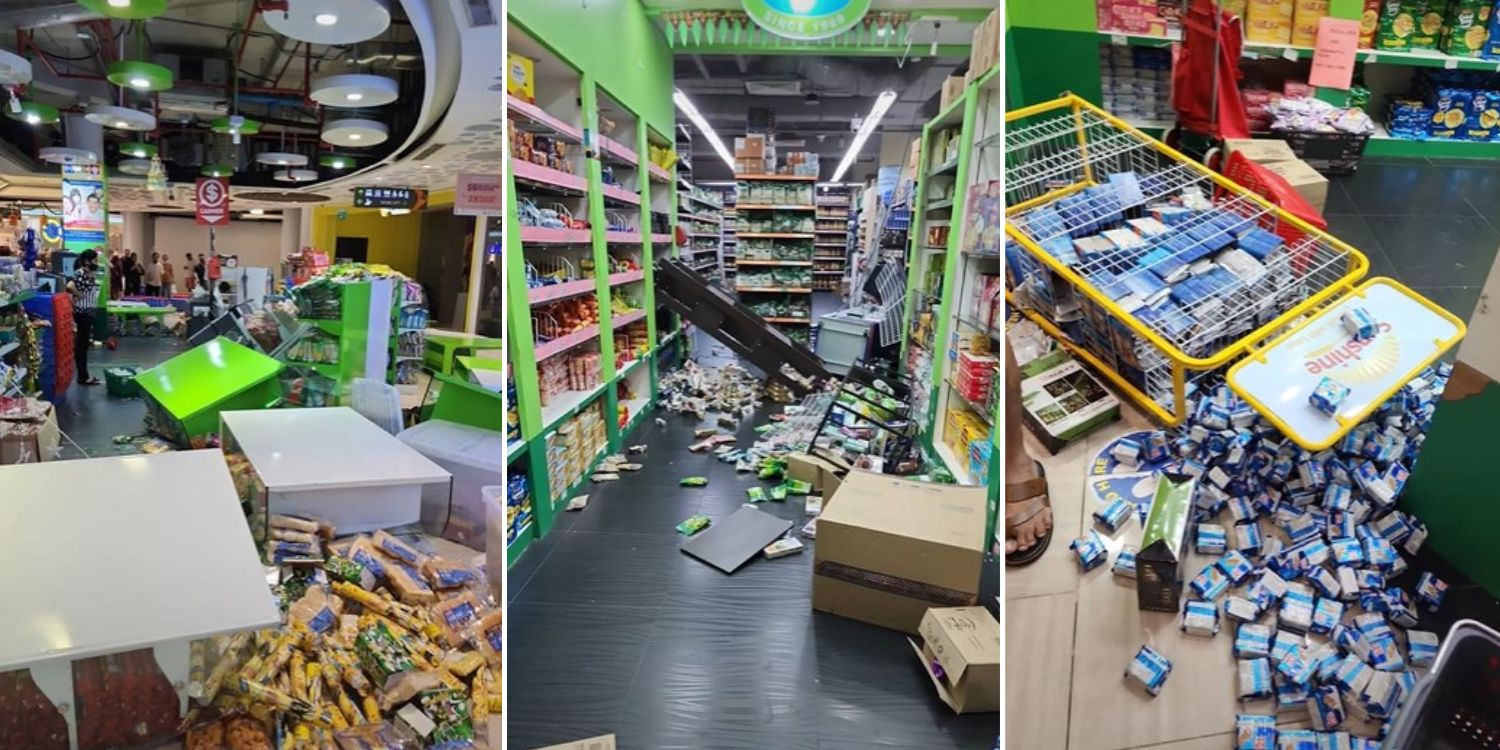 He also allegdly threw items down from level 4.

Most workplaces forbid their employees to drink while on the job, and for good reason.

After all, any disagreements one might have at work may escalate due to intoxication, with dire consequences.

Illustrating this, an Eastpoint Mall supermarket employee reportedly toppled over several shelves during a drunken argument.

Not only was he sacked on the spot, but the police also arrested him.

The aftermath of the incident was posted in a TikTok video on Friday (30 Sep), which showed multiple shelves overturned and their contents strewn on the floor. 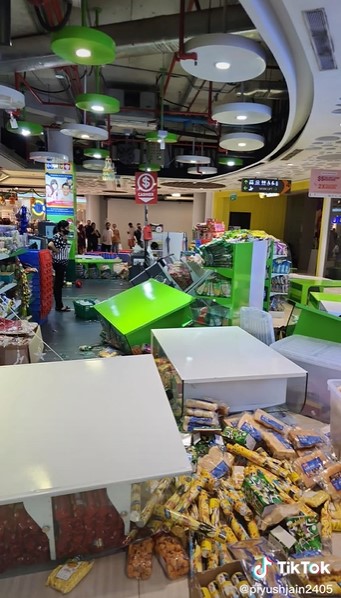 According to the OP, this happened at Sri Murugan, a supermarket on the fourth floor of Eastpoint Mall in Simei.

Photos of Sri Murugan on Google Maps show it has similar green-and-white-coloured shelves as the supermarket in the video.

Worker said to have lost his temper

In a comment, the OP said the mess was created by one of the workers in the supermarket who lost his temper and had an argument.

He then proceeded to “mess up” a few racks. 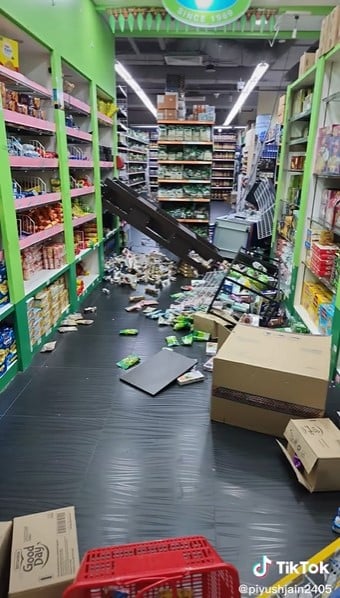 Among the shelves subjected to the carnage were many containing snacks and canned drinks. 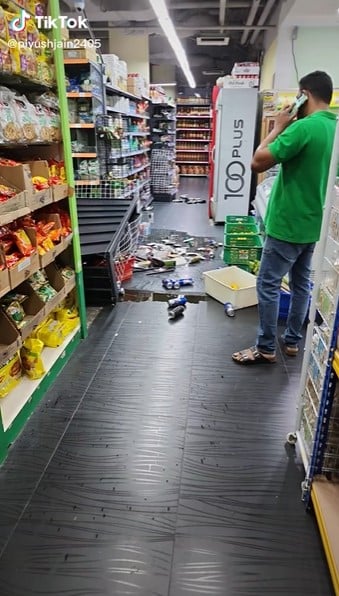 A netizen also claimed in the comments that the man had thrown items down from level 4, and they almost hit his grandmother.

Employee drank alcohol at work, got into argument

The incident took place at about 7pm on Friday (30 Sep), Shin Min Daily News reported after being alerted by a reader.

Eyewitnesses at the scene said they saw two men arguing, one of whom became mad and started to yell.

A female staff member of a nearby store, in her 30s, told the paper that she saw a man shouting and pushing down shelves as he walked.

The entire fracas lasted about 10 minutes, she added. 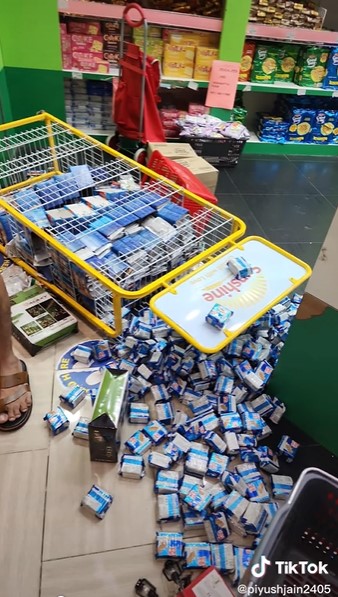 The man is a supermarket employee believed to have drunk alcohol at work and gotten into an argument with his colleague, Shin Min understands.

Staff fired on the spot & arrested by police

For his actions, the employee was reportedly fired on the spot.

Besides that, he also got into trouble with the police, who turned up after being alerted to a fight at the location. They were seen interviewing people. A 31-year-old man was subsequently arrested for criminal intimidation, public nuisance and causing annoyance while drunk, the police said.

After the police left at about 9pm, several of the supermarket’s employees started the arduous task of clearing up the mess.

They told Shin Min that the premises would be closed that night.

The supermarket usually closes at 10pm daily, according to Google reviews. 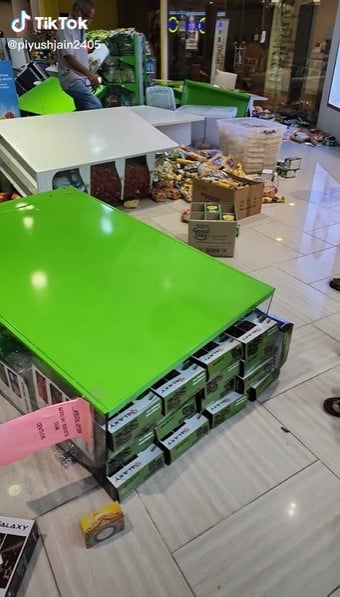 Shoppers who wanted to enter the store were politely told they were closed as they needed time to clean up, and asked to return the next day.