There has been much excitement surrounding the launch of the Singapore-Malaysia land Vaccinated Travel Lane (VTL) in the past weeks.

While a majority of passengers arrived safely, there are travellers testing positive for Covid-19 on-arrival on both sides of the Causeway.

On Tuesday (30 Nov), the 2nd day into the launch of the land VTL, a man entering Singapore reportedly tested Covid-19 positive on arrival. 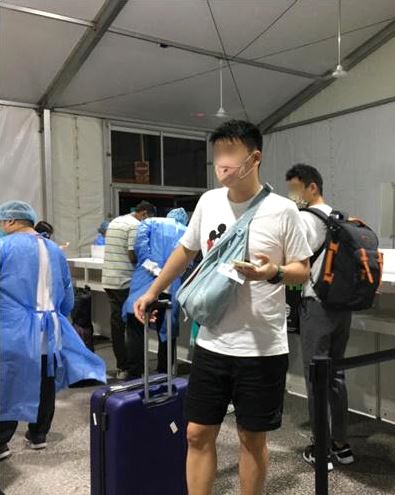 He was then immediately told to isolate himself from the rest of the travellers.

The other passengers who tested negative were allowed to leave as the man apparently hadn’t interacted with the others.

Bus was ferrying around 7 passengers

The bus was headed to Queen Street Bus Terminal in Singapore.

At around 8.15pm, the bus arrived in Singapore and travellers were subjected to antigen rapid tests (ARTs).

In total, there were about 7 passengers on the bus, reported Shin Min Daily News.

After finishing her test, the lady sat with other travellers in the waiting area.

All of a sudden, there seemed to be a commotion among the staff who loudly called out for medical personnel.

Following that, the medical personnel shouted a man’s name and he was asked to isolate himself by sitting in a different area of the waiting room.

Later, the lady found out through the medical personnel that the man had tested positive for Covid-19.

According to Shin Min Daily News, the man, who was wearing a white T-shirt, appeared to be travelling alone and had not been in close contact with any other passengers.

The travellers then left the waiting area as another bus was arriving.

Wearing a mask reduces risk of transmission by 95%

He continued that even if there’s a confirmed case on a bus, other passengers are free to go as long as their ART returns negative.

This follows the same logic as when the household members of a confirmed case test negative, they do not need to be quarantined.

Measures are in place to detect cases

On the day of the VTL launch itself, a traveller from Singapore had also tested positive upon arriving in Malaysia.

Such cases truly demonstrate the importance of the necessary tests to detect cases before further transmissions could occur.

However, there being cases is to be expected. The key is to isolate them and any close contacts when detected.

Hopefully, with these safety measures in place, we will see the Singapore-Malaysia land VTL continue to roll out smoothly.