Must Share News – Independent News For Singaporeans
Home Viral Unsecured Concrete Slabs Fall From Singapore Truck As It Comes To A... Concrete Slabs Shattered On Road After Falling Off Truck

Travelling next to a truck carrying large objects can be quite intimidating — you’re constantly worried about getting crushed by the cargo if it’s not secured properly.

On Tuesday (2 Apr) a video showing concrete slabs falling off a truck in Singapore made rounds on Facebook.

In the video, a brown truck with a heavy load of concrete slabs on its back was travelling in the middle lane of a road in Singapore. 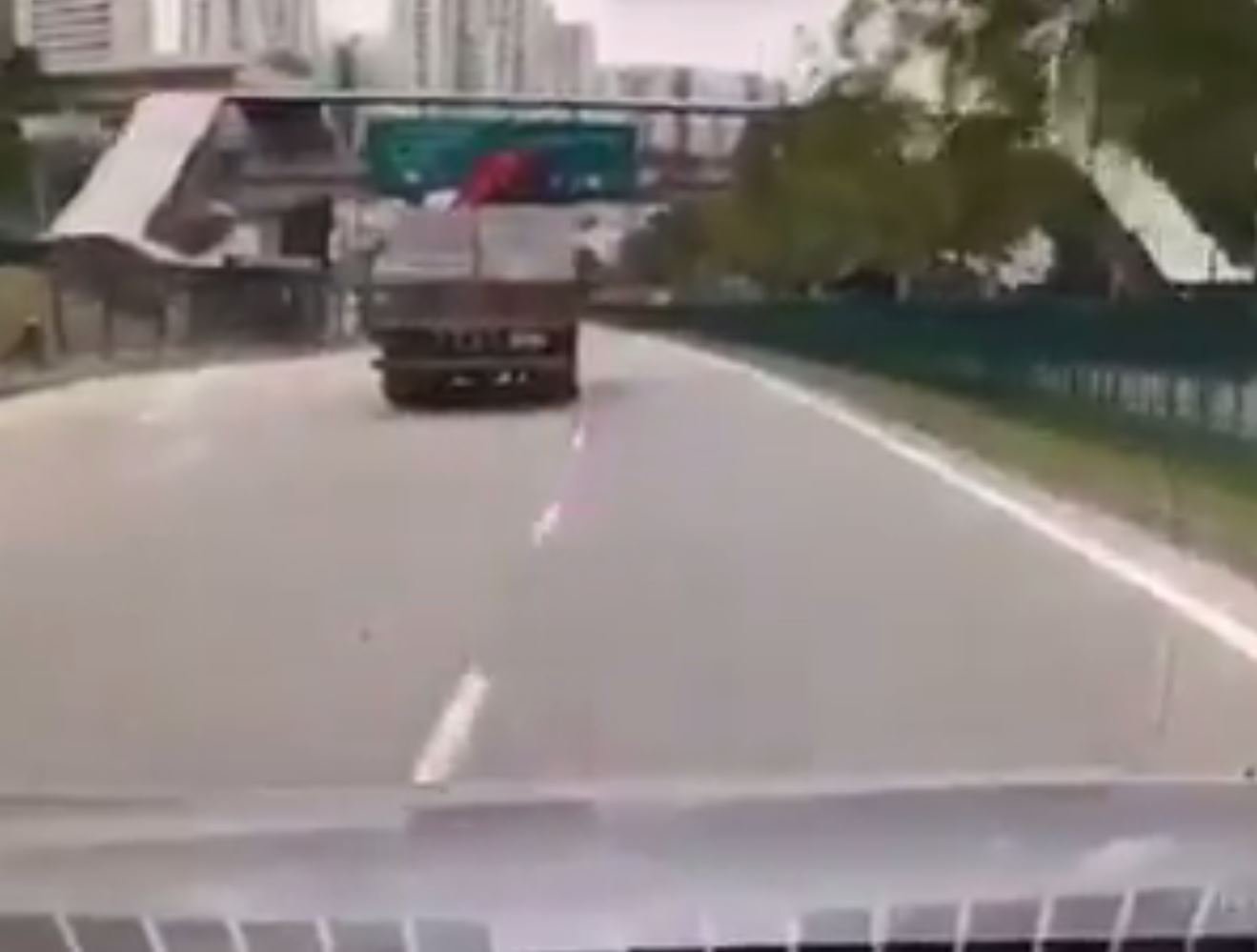 The absence of strapping or belts suggest that the blocks were not properly secured onto the back of the truck. 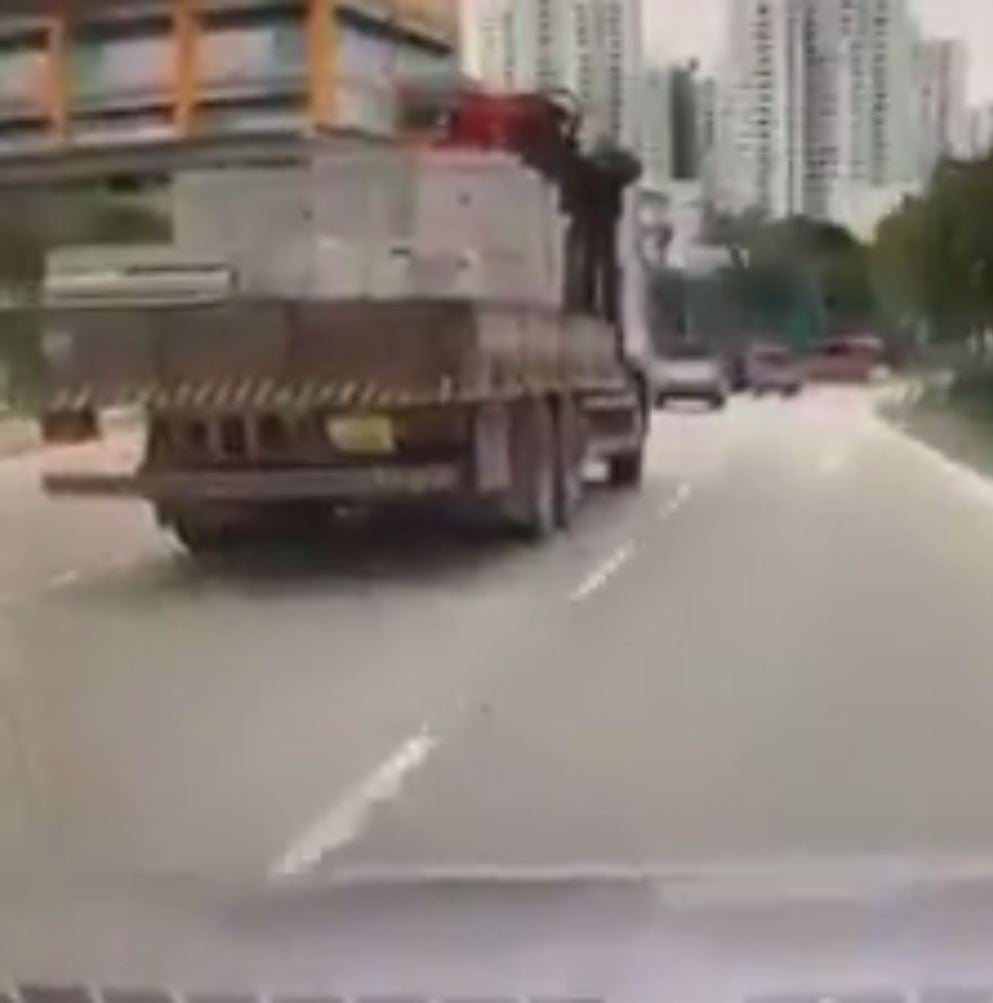 The driver who recorded the footage was travelling on an adjacent lane, but did not overtake the truck despite having several opportunities to do so.

This decision would later prove to be the right one, as shown later in the clip.

Around the 15-second mark of the video, the lorry approaches a red light and slows down dramatically. 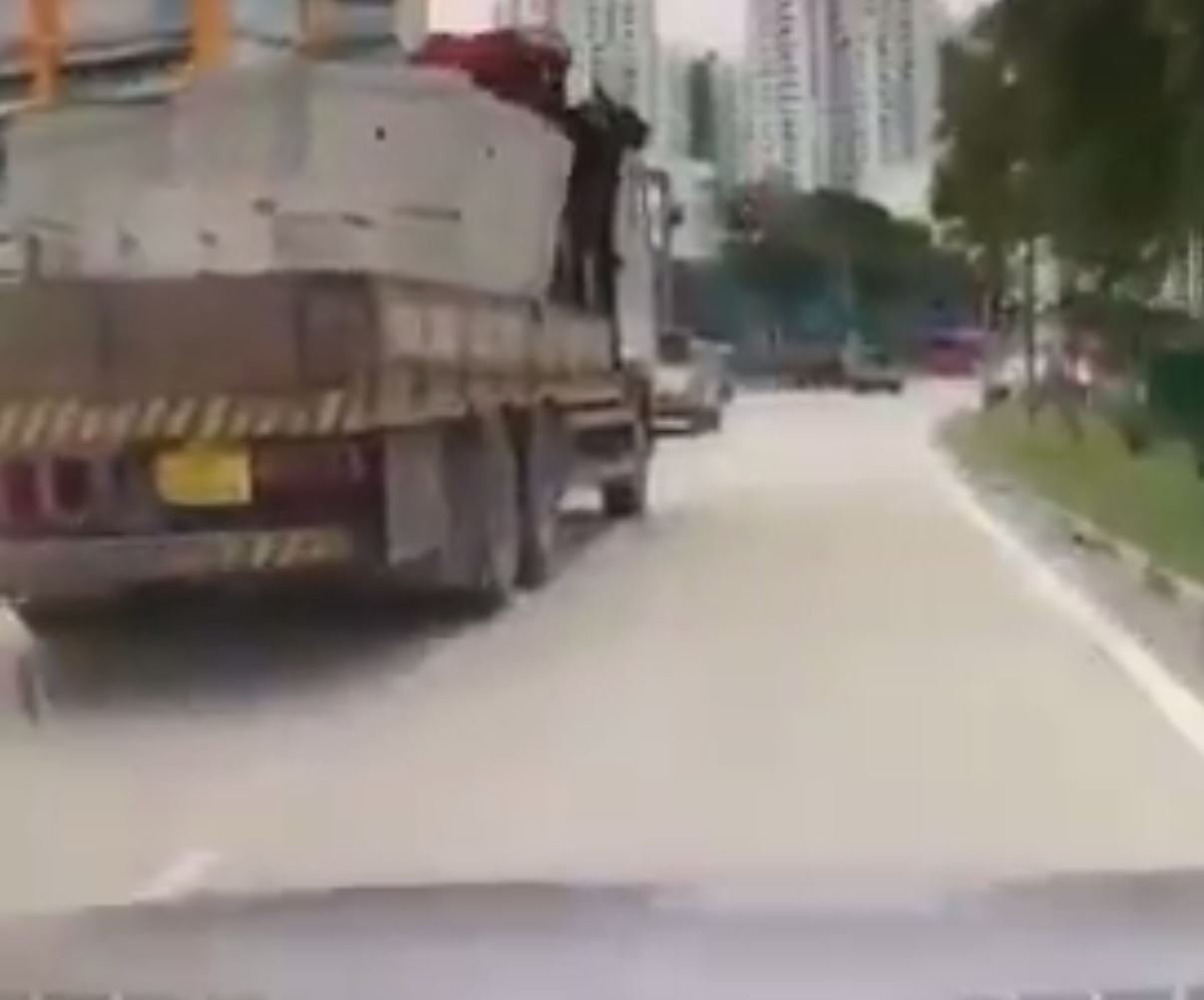 As it pulls to a halt, several concrete blocks start wobbling, before crashing down into the adjacent lane seconds later. 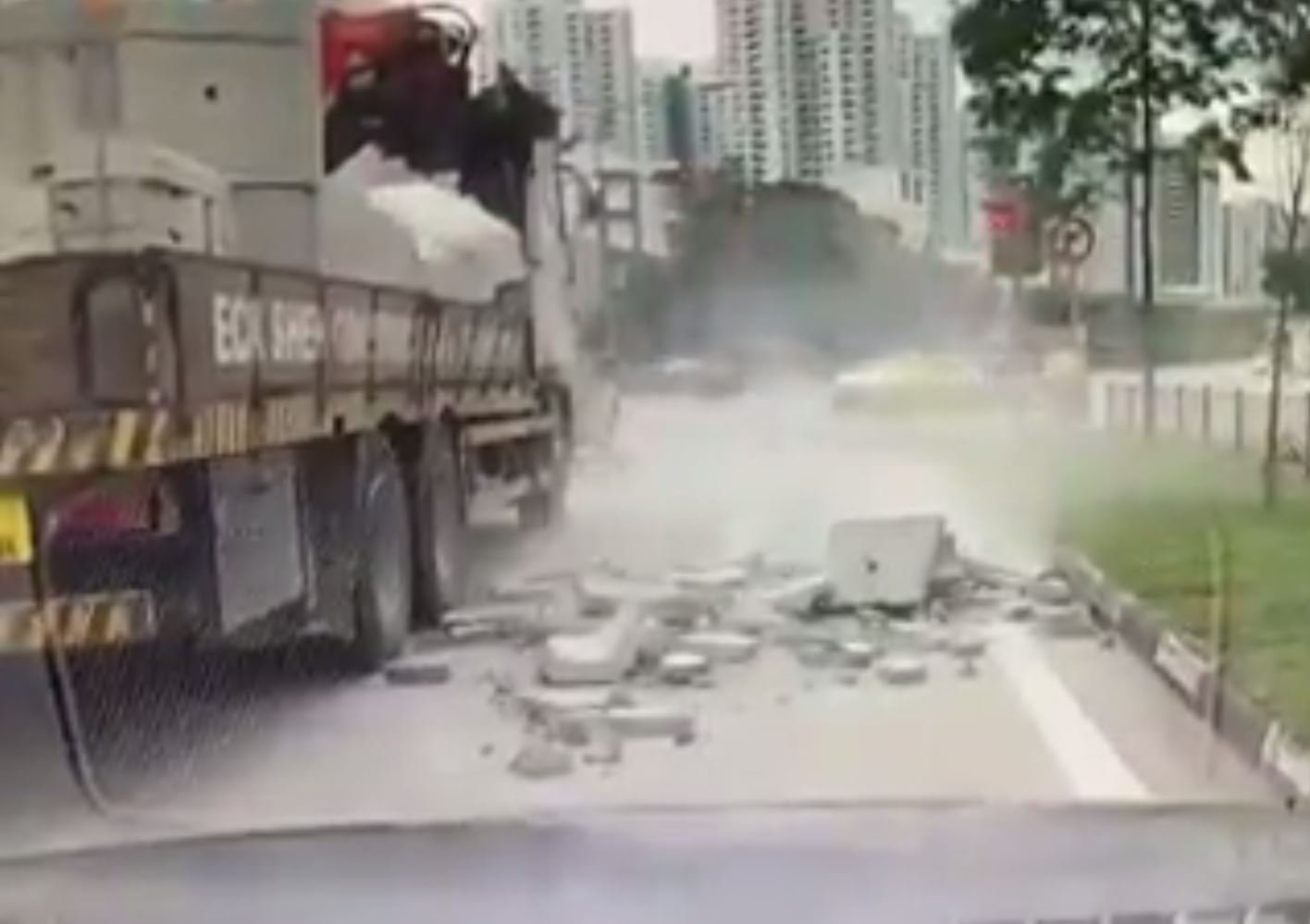 Thankfully, no vehicles were travelling next to the truck.

We are unable to confirm the exact location and date of the incident, but the description in All Singapore Stuff’s Facebook post suggest that it happened in Apr 2019.

Singapore’s Road Traffic Rules state that drivers must fasten cargo with “ropes or other proper material” to prevent them from falling over, if necessary.

Failure to do so will result in 3 demerit points and a $200 fine for heavy vehicles or a $150 fine for light vehicles.

Important to secure cargo on vehicles

While we are thankful that nobody was injured in this incident, let this serve as a lesson for all drivers on the importance of securing goods to their vehicles.

For other motorists, remember to travel a safe distance away from heavy vehicles next time you’re on the road.

Driverless Buses In Johor Look Like LRTs Without Rails, You Might See Them On Your Post-Covid Trip