Miss Turkey’s Dress Had A Picture Of An Ancient City

Even though the dress became a nationwide meme sensation, none of us questioned the creativity and originality of the dress.

Not till now at least.

Redditors seem to have found the original dress that gave inspiration to the Trump-Kim summit inspired dress.

Miss Turkey 2015 dazzled the crowd at the Planet Hollywood Resort & Casino in Las Vegas when she took the stage in this violet gown. 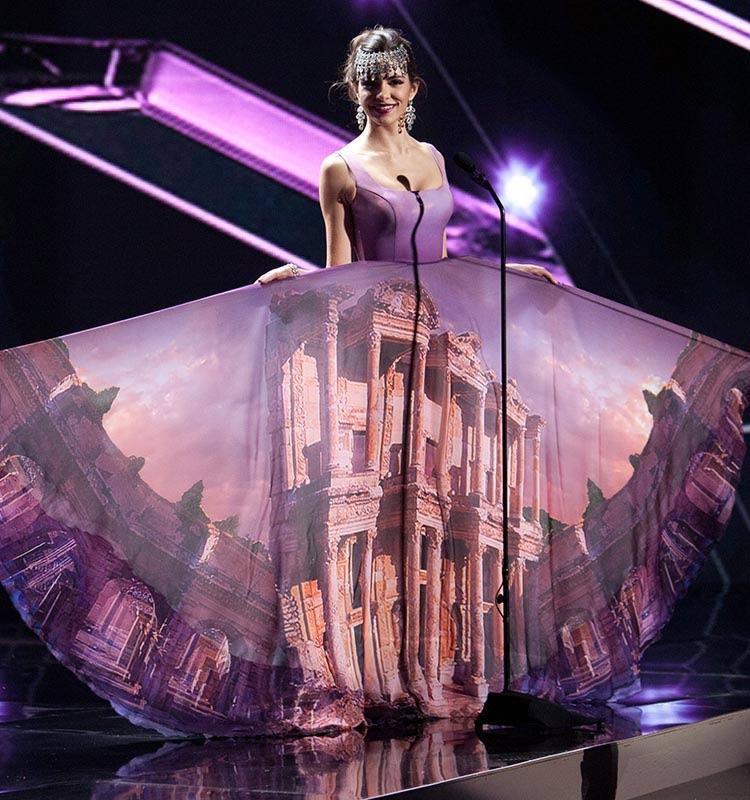 The foldable bottom skirt opens up to reveal a picture of the ancient city of Ephesus in modern day Selçuk.

Here’s a side-by-side comparison of the two dresses:

Looks pretty similar if you ask us — sans the angel wings.

It didn’t take long for Redditors to chime in on the matter.

One redditor accused Moe Kassim, the man behind the Miss Singapore dress of plagiarism.

Other netizens were very vocal about which of the two dresses they preferred.

Finally, this redditor thought it was only a matter of time before Mr Kassim announced that it was merely a joke.

Only time will tell what Mr Kassim’s true inspiration for the Miss Singapore dress was.

Either way, which dress do you prefer between the two? Miss Turkey’s or Miss Singapore’s?

Featured image from Screener TV and The New Paper.