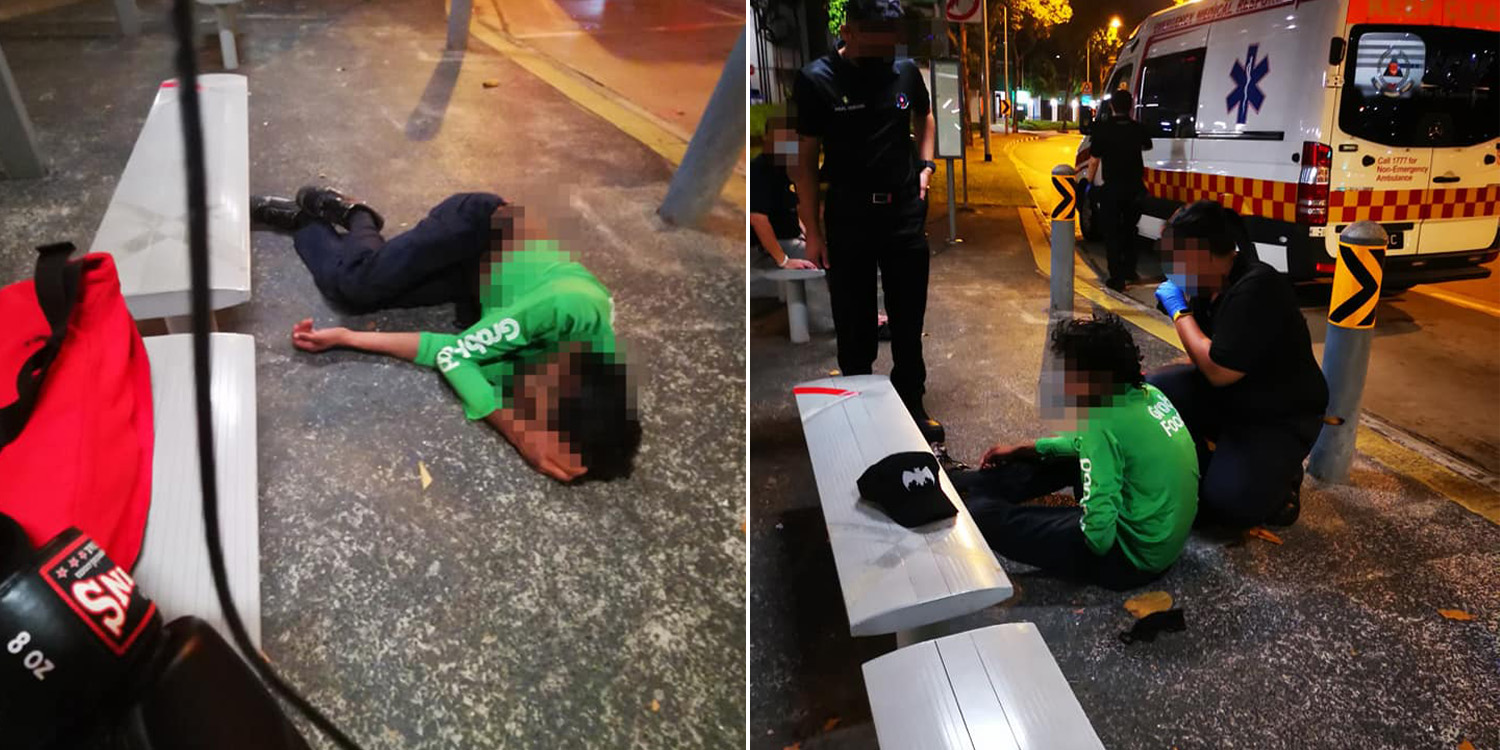 The woman suspected he was unfit and overworked.

While becoming a food delivery rider promises freedom and flexible working hours, they lack the stability that an office job might bring. And of course, they often have to work in challenging conditions, rain or shine.

This being the Covid-19 pandemic, we are also told to observe safe distancing measures — including not making unnecessary contact with others.

But what if someone’s lying unconscious in the middle of a bus stop, and they’re a delivery rider? This person was confronted with that situation first-hand. 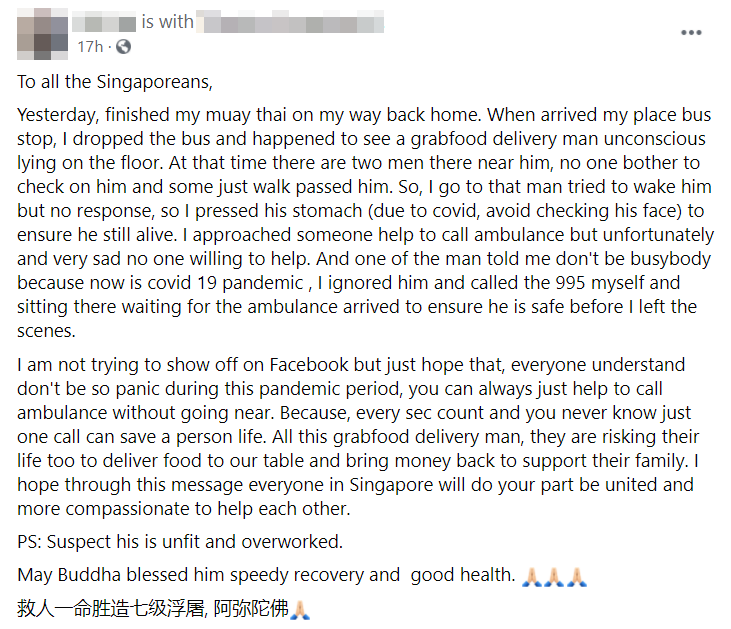 Although some present at the scene told her not to be a busybody, the woman simply called the ambulance and checked on his condition to make sure he was still alive.

The woman shared that she’d alighted at her bus stop to be greeted with the sight of an unconscious delivery rider. 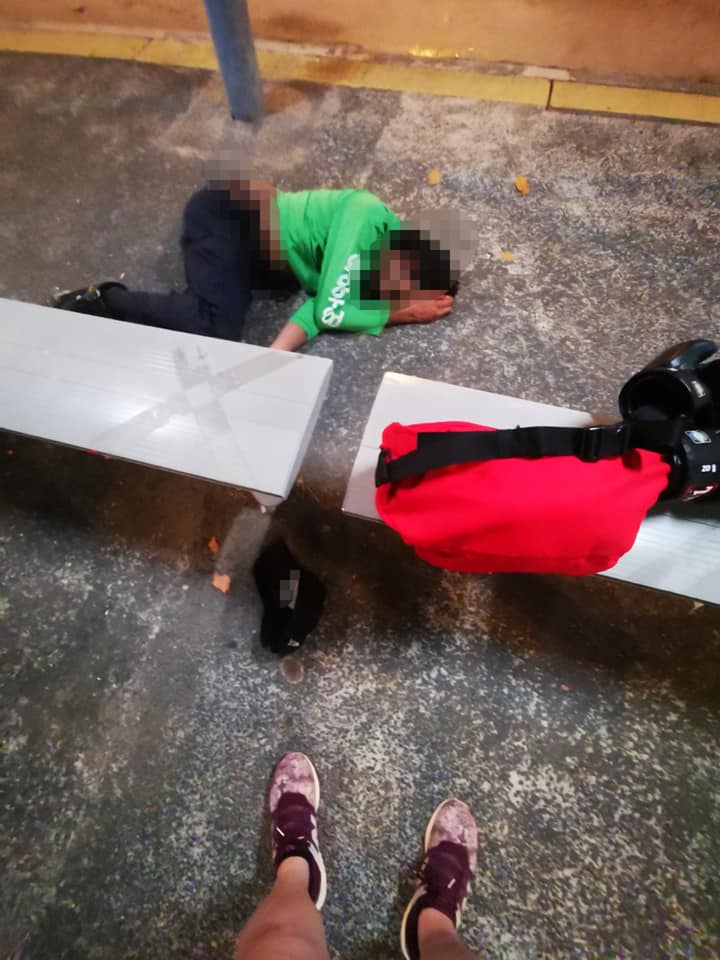 Although 2 men were present, they were seemingly ignoring the fallen rider, the woman shared. 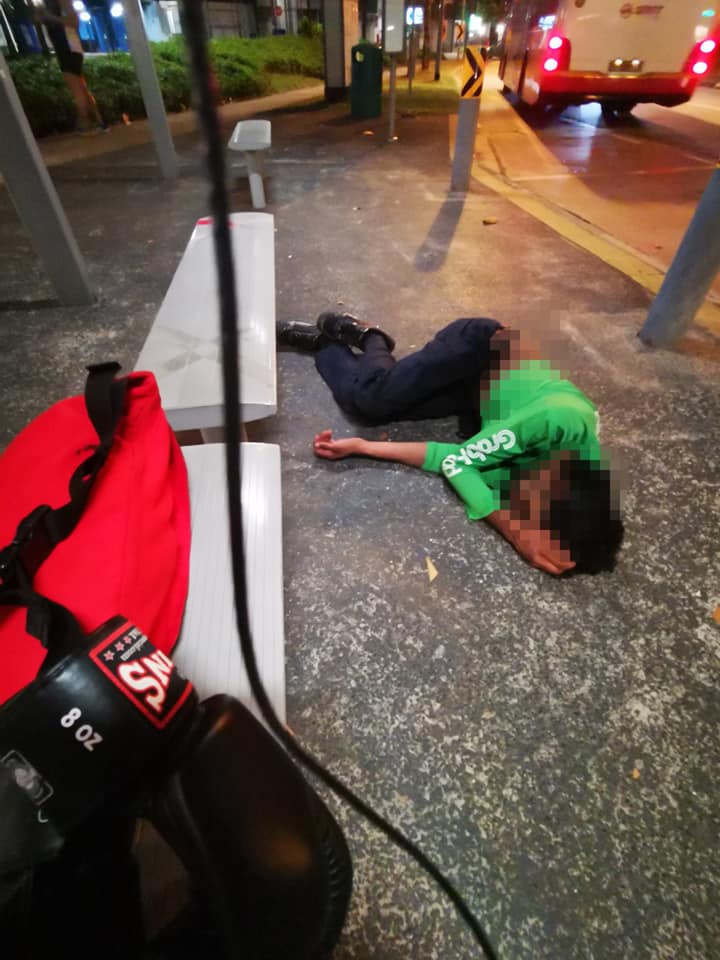 So the woman tried to wake the rider up, but received no response.

Then she pressed on his stomach to ensure that he was still alive, but didn’t touch his face due to being mindful of Covid-19.

Although she tried asking someone to call the ambulance, she was allegedly told to not be a busybody as we’re in the middle of a pandemic.

So the woman decided to call for an ambulance herself, and waited until it arrived to ensure that the rider was safe. 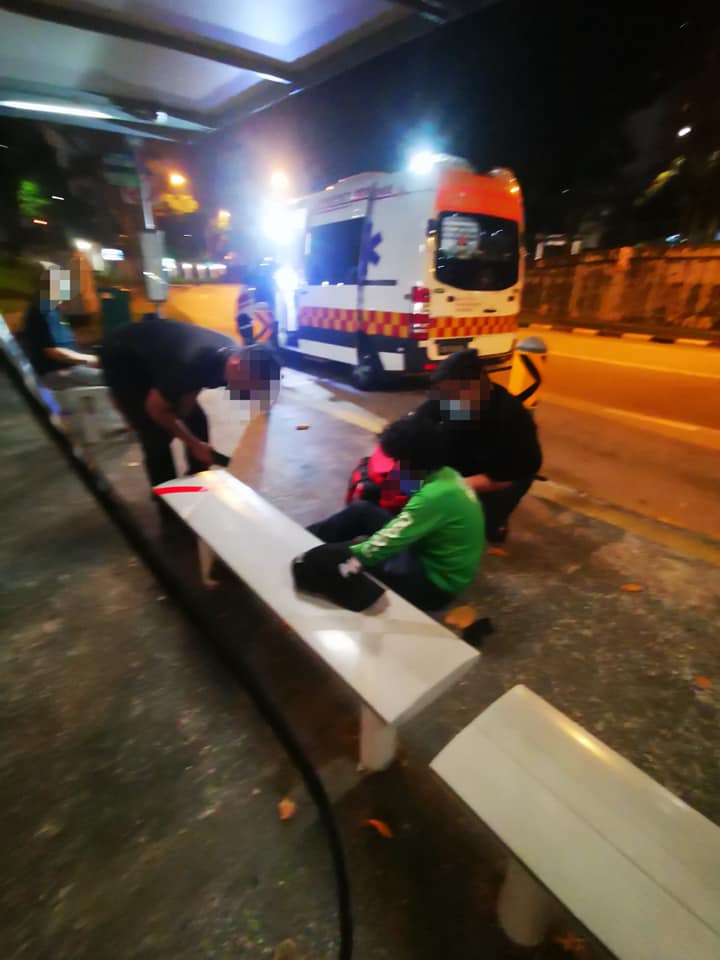 The SCDF officers arrived shortly after, as pictures show. 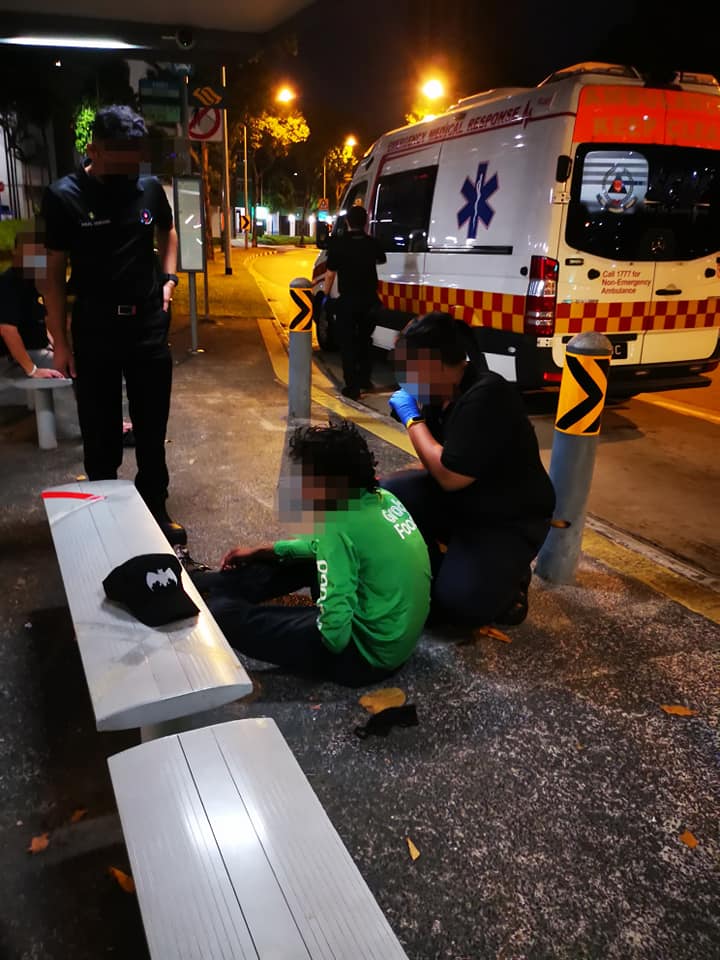 The rider appeared to be fine, as he’s seen conscious in pictures later.

One can always do our part & call for an ambulance

The woman notes that one can always call for an ambulance without going near someone.

Every second counts in an emergency and one call might just save someone’s life, she said.

Deliver riders are also risking their lives to bring food not only to customers’ tables, but also their families’.

She hopes that the post will help remind others to be more compassionate towards others and help them out in a crisis.

Hopefully rider gets rest he needs

We’ve seen countless instances of Singaporeans putting aside everything to help others out, so perhaps this was a one-off incident.

Regardless, the rider was lucky that someone did call the ambulance, and hopefully he gets the rest he needs.

We can definitely do our part by calling emergency services if the need arises, and kudos to the woman for acting decisively.