He claimed that he was taking them for a swim.

UPDATE (9pm): NParks told MS News that they’ve located the man. The dogs, which are his pets, are well after checks were done.

The man claimed that he was bringing his pet dogs for a swim at the canal. Investigations are ongoing, and NParks urges the public not to speculate on the details of the case.

Chained Dog Awareness in Singapore has also spoken up regarding the latest development. You can read their statement here.

Animal lovers in Singapore got a shocking start to their Saturday (9 May) morning, after a viral video made rounds on social media since 11am.

In the 13-second video, a man is believed to be ‘dropping’ around 4-5 puppies into a drain, later identified as a location at Upper Peirce Reservoir.

Little details are known surrounding the bizarre incident. Animal welfare group Chained Dog Awareness in Singapore picked up the video, urging the public to help search and rescue the pups.

Many animal lovers swiftly answered the call to action, including Voices for Animals president Derrick Tan.

According to Chained Dog Awareness in Singapore, someone had sent the video to them, saying their friend’s father witnessed a man “throwing 4-5 puppies into a drain.” 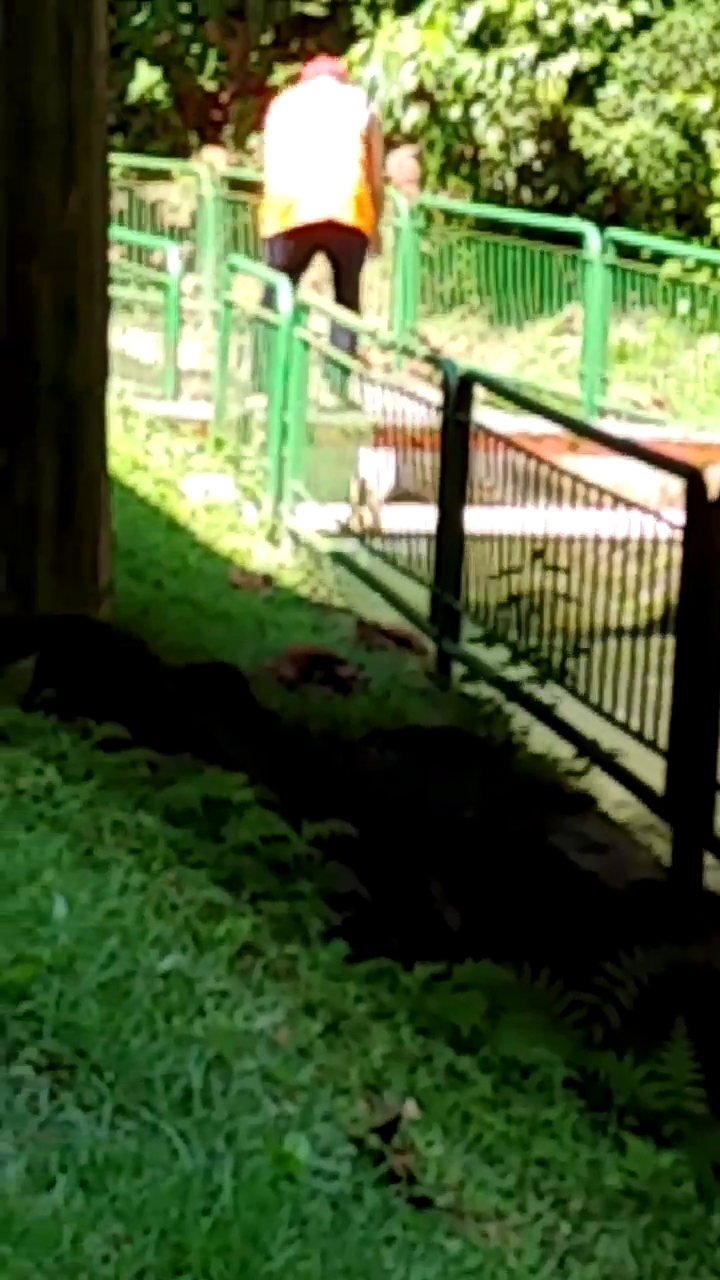 Acknowledging that information was “very sketchy” at the time, the group couldn’t leave anything to chance. They said,

These pups could be racing against time to survive.

They quickly asked the public to comb the area and search for the poor creatures. Animal & Veterinary Service (AVS) has also been alerted.

The outpouring of support was almost instantaneous. Many volunteered their time to head to Upper Peirce Reservoir, hoping to aid in the search and rescue mission. 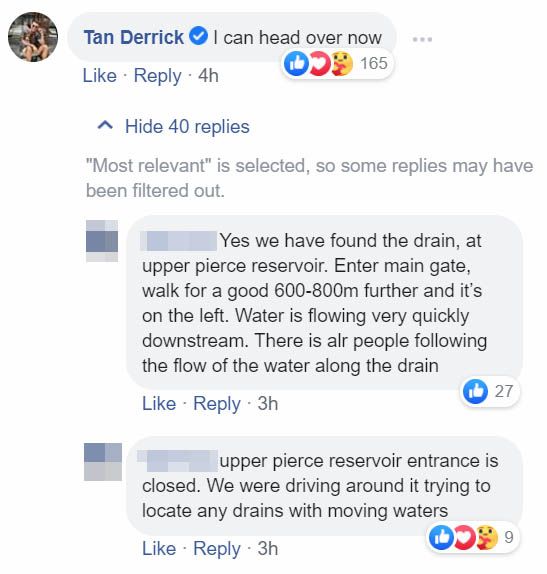 More animal lovers joined the bandwagon. Using the comments section, they updated the search progress to alert those who wanted to be a part of the ‘operation’. At one point, as many as 45 people were helping to track down the pups. They later updated that NParks and PUB officers have already been informed of the incident, and were dispatched to the location.

NParks had tracked down person in video

In a separate update, Derrick Tan also informed that NParks officers are now at the scene. As such, he asked the public to leave as the terrain can be dangerous since it is deep within forested area. 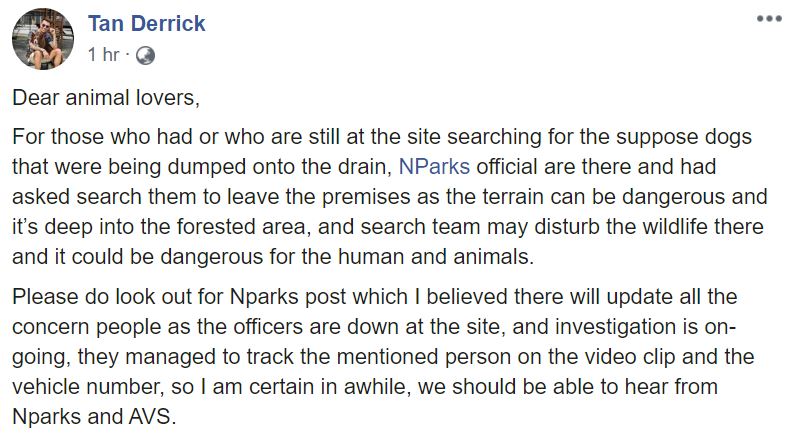 Mr Tan also noted that investigations are ongoing, as officers managed to track the person in the video clip and vehicle number.

Concerned citizens may look out for an update from NParks and AVS soon.

Several hours after their post, Chained Dog Awareness in Singapore started advising the public to disperse and head home instead due to the Covid-19 situation.

They also apologised for uploading the video too quickly without much details. They were simply concerned about the puppies’ safety.

We were very concerned about the dogs’ safety and admittedly worried about how fast the authority can activate their resources.

Hope NParks gets to the bottom of incident

It’s extremely heartening to see how Singapore residents were more than willing to lend a helping hand when needed.

We hope NParks will get to the bottom of the incident right away.